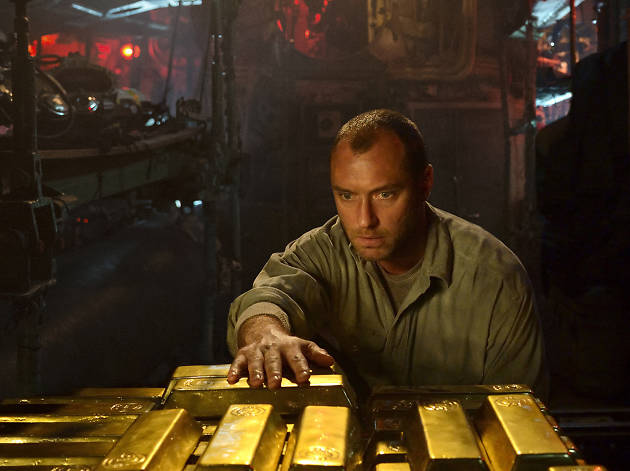 They’re such scary places that it’s hard to make an absolute hash of a submarine movie. The challenge lies in coming up with a fresh take on the (sorry) sub-genre that doesn’t tread on familiar World War II territory, or tepidly reheat Cold War hostilities.

Kudos then to writer Dennis Kelly (also behind C4’s Emmy-winning Utopia) for this engrossing modern tale. Here, a group of disgruntled former employees of an ocean salvage company hire a clapped-out Soviet sub to retrieve lost Nazi gold from the bottom of the Black Sea. The grizzled Anglo-Russian crew are all on equal shares, which seems straightforward enough. But then they begin to clock that the loss of one or more of their shipmates would mean a fatter payday for everyone else. So we’re all set up for an undersea Treasure of the Sierra Madre, where languishing in a rusty tin can 350 metres below the surface might be the least of everyone’s worries.

The story’s the real star. But Jude Law brings unexpected gravitas and a treacly George Galloway-style burr to his role as the embittered Scots captain whose desire to wreak revenge on his heartless bosses may yet cloud his judgement. The excellent supporting cast vividly realise the script’s escalating inter-crew animosities: volatile diver Ben Mendelsohn lends some credibility to an over-pitched resident psycho part; financier’s minion Scoot McNairy is in appropriately weaselly form; and the ever-winning Michael Smiley provides a steady supply of Ulster-accented gallows humour. The detailed set design also contributes to the oppressive claustrophobia.

With the next bulwark-creaking crisis never far away, it’s sweatily effective stuff, even if director Kevin Macdonald tends to ease off just when things are getting dangerously intense. He does, however, plot a course through to a satisfying outcome, balancing the men’s own greedy foibles with their understandable struggle against the money men who’ve treated them as disposable fodder.