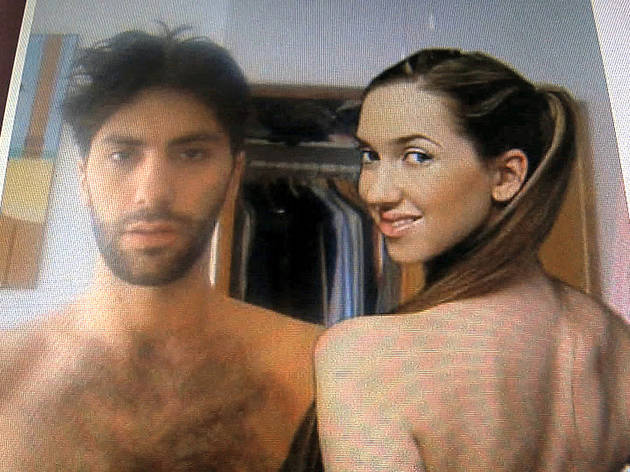 You don’t have to like something to find it fascinating. Which is good, because a lot of things rankle about this much-hyped DIY documentary. Presented as a video diary, it’s a lo-fi, digital affair about Yaniv Schulman (known as Nev), a New York hipster photographer in his mid-twenties who strikes up an unlikely friendship by phone, email and Facebook with a middle-aged, rural Michigan woman, Angela, her eight-year-old daughter Abby and her older, teenage daughter Megan. It’s jaw-to-the-floor stuff and 87 minutes of wide-eyed viewing – but that’s not to say you won’t want to strangle the filmmakers by the end.

The relationship begins when little Abby sends Nev a painting of one of his photos: a naive but fairly skilled (for an eight year old) copy of a portrait of a dancer that was published in the New York Times. Intrigued, Nev sends Abby and her mum, Angela, more photos and she sends more paintings. It’s at this stage that Nev’s brother and pal switch on the camera, and we meet Nev as he receives a new batch of artworks and can detect his brother salivating over the prospect of telling the story of these distant weirdos for the benefit of a film. His mercenary approach is barely hidden, although the brothers try to play it straight. ‘I’m a little more involved than I’d like to be,’ says Nev at one point. ‘It’s called making a movie,’ says his brother, Ariel, but even this chat feels like it might have an ulterior motive. It’s that kind of film.

It would be wrong to reveal more about the evolution of Nev’s friendships with Angela, Abby and Megan, but odd things unfold, and the film plays out like a suspense thriller with Nev and his crew finally making a trip from New York to Michigan to confront his virtual friends. All the time Ariel and friend Henry Joost, credited as co-directors, are filming Yaniv and egging him on. Intimate, one-to-one moments – a phone call, a series of flirty texts, the sending and receiving of messages on Facebook – are shared with us by the filmmakers without the other party knowing. That itself should make us wary about the filmmakers’ motives and methods, which are scarcely different from a tabloid that secretly films someone only to leap on them at the last minute with open arms so they can ‘share’ their side of the story.

Some have accused Joost and the Schulman brothers of spinning a yarn. Personally, I think that reduces the very real debates the film raises to do with filmmaking ethics, the honesty of storytelling, the condescension with which the the urbane view the provincial and the growing divide between the technologically sophisticated and technologically foolish. I don’t buy, though, that this is a groundbreaking portrait of new means of communication spinning out of control. The subject is less interesting than the telling and, again without giving too much away, let’s just say the world is full of the pained and lonely, and always has been: it doesn’t take the likes of Schulman and Joost to remind us of that while brandishing the falsest of sympathetic smiles.

It’s been a busy year for documentaries which prompt viewers to cry foul. First there was Banksy and his tale of street-art chancer Thierry Guetta and then there was Casey Affleck and his portrait of his brother-in-law, Joaquin Phoenix. The climate is one of suspicion. But don’t write this off as a fake. It’s more interesting and less honourable than that. If you begin with the premise that all films, docs and dramas, are constructs of one sort or another and it’s the how and why that’s important, you’ll have fun pulling this apart. Just don’t expect the filmmakers to join you at that level.