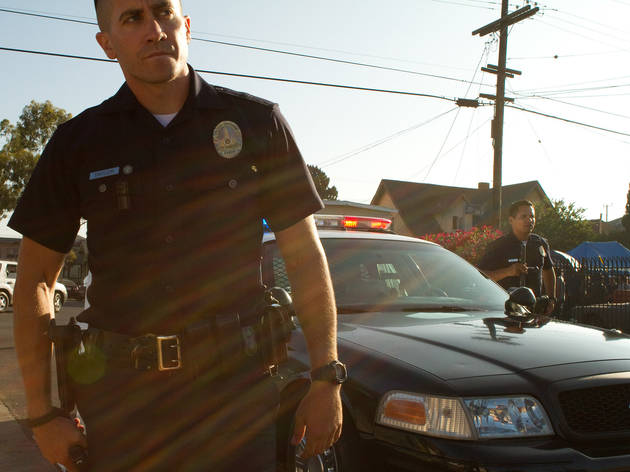 As the writer of Training Day and the director of Street Kings, David Ayer knows a thing or two about dirty cops. Well, maybe a few members of the force sat him down and had a quiet word, because End of Watch is a gushing tribute to the boys in blue.

Jake Gyllenhaal plays Brian, a no-bullshit LAPD patrolman who cruises the suburban streets with his partner and closest friend, Mike (Michael Peña). We follow these two jobbing officers as they bust a few crooks, get into some close scrapes and end up on the wrong side of a psychotic Mexican drug cartel. In the meantime, Brian woos and wins Janet (Anna Kendrick), while Mike wrestles with his wife’s uncertainty about his life-threatening day job.

Plenty about this works. Gyllenhaal and especially Peña seem completely at home in their roles: the scenes where they simply drive around the neighbourhood engaging in prickly macho banter are the best in the film.

But Ayer has made one crucial decision which all but sinks End of Watch: this is a found footage movie. Beginning with Brian’s attempts to film his day-to-day experiences for a college project (the LAPD are supposed to be OK with this?) and continuing through the eyes of in-car cameras, smartphones and surveillance footage, the film is put together from shaky, grainy snippets of digital film. It’s a distracting and occasionally laughable tactic: a scene where the bad guys just happen to outline their evil plans to an iPhone camera feels totally ludicrous.

Filmed differently, End of Watch might have been an impressive piece of work: sentimental and a touch overemphatic, probably, but it could also have been heartfelt and believable. As it is, this cop drama is intermittently enjoyable but incredibly frustrating.