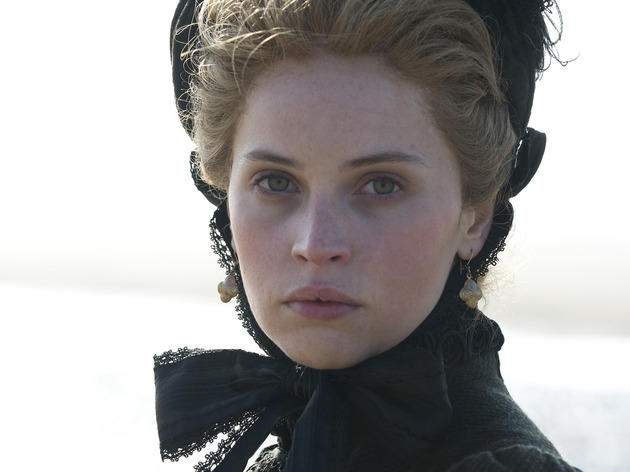 The title of Ralph Fiennes’s second film as a director makes it sound like a superhero movie. But the only special powers on display in this touching insight into the public and private lives of Charles Dickens are an enormous delicacy of touch and an approach to acting and to telling a period story that’s anything but stale and stuffy.

Drawing on a biography by Claire Tomalin, Fiennes explores the clandestine love affair between a bouncy, middle-aged Dickens (played by Fiennes) and the much-younger Nelly Ternan (Felicity Jones). An 18-year-old actress when they met, she was quiet, smart and hard to read. Eventually the writer left his wife, Catherine (played here by Joanna Scanlan in a desperately sad performance of grief and understanding), and set up home with Nelly. Their relationship was an open secret among polite society, and Tomalin argued in her book that Nelly bore Dickens a child while they were living in France – an argument with which Fiennes and scriptwriter Abi Morgan (Shame) choose to run.

The film moves back and forth between 1850s and ’60s London and Margate in the 1880s, after Dickens’s death, where Nelly is living a new life, with a new name, as the wife of a schoolmaster. Rehearsals for a Wilkie Collins play bring back memories of her first encounter in Manchester in 1857 with Dickens and his friend Collins (an impish Tom Hollander). Back then, she was a young, not particularly talented actress, close to her mother (Kristin Scott Thomas) and older sister (Perdita Weeks), while Dickens was a force of nature at the height of his fame: actor, writer, fundraiser, friend, father and husband.

Jones is intriguing to watch – study, even – not least because her Nelly mostly keeps her thoughts and feelings close to her chest. We’re forced to read her eyes, her looks and glances. The sheer warmth and liveliness of Fiennes’s Dickens means he’s impossible not to like, even if Morgan’s script makes it clear that the progressive attitudes he so loudly proclaimed and lived by were luxuries solely available to men. The Invisible Woman is only partly a romance; it’s the tragedy of Nelly’s life that makes itself more powerfully heard.