The setting is more redolent of a pricey kappo counter restaurant than a cocktail joint, but that's only appropriate for this remarkable bar in Azabu-Juban. Working behind a counter fashioned from a bisected slice of Japanese oak, the eponymous Gen Yamamoto crafts cocktails as if he were preparing sushi. You're more likely to see him wielding a professional-grade kitchen knife than a cocktail shaker as he makes drinks, drawing on a range of domestically sourced fruit and vegetables.

Everything is stirred and measured by eye – he explains that he only uses jiggers when customers order straight liquor – and the results, more often than not, are remarkable. He's a veteran of the New York cocktail scene – not to mention many of Tokyo's top bars – but Yamamoto takes a highly individual approach here, far removed from either the US mixology boom or his Japanese peers' obsession with perfecting the classics.

Instead, after returning to Japan in 2012, Yamamoto set up one of the first bars in the world offering omakase cocktails. In other words, there's no menu to order from here. You simply choose a four- or six- or seven-drink tasting set (¥4,800, ¥6,900, ¥7,800, respectively – if you're looking for cheap prices, go somewhere else). If you've ever ordered a 'bartender's choice' menu, there's a good chance Gen Yamamoto was the inspiration behind it.

Yamamoto will serve you and your fellow drinkers each cocktail one at a time, explaining the origins of each ingredient (in English as well as Japanese). The whole experience lasts about 90 minutes. Don't worry about getting too tipsy – the drinks here are typically smaller and less alcoholic than what you'll find at most bars. But rest assured, you'll be getting value for money. The menu is constantly changing according to what's in season, so no two visits are likely to be the same.

Across multiple trips, almost everything we've tried here is memorable: junmai ginjo sake gets mixed with pureed potato to create a cloudy, thick, umami-rich concoction; Kochi-grown ginger blended with imo shochu, Ehime lemons and a selection of herbs and spices is crisp and refreshing, like a homemade ginger ale; a simple combination of Spanish gin and pulped Shizuoka tomatoes, topped with a single shiso leaf, is so vibrantly flavoured it leaves us sighing with pleasure after each sip.

The closest Yamamoto comes to pulling any flashy tricks is when he rounds off one course by floating cold strawberry cream over warm Dassai 50 jungmai daiginjo sake; ‘the temperature becomes one of the tastes,’ he explains, and it's hard to disagree.

With just eight seats, minimal decor and no background music, the atmosphere is hushed without being reverential, and first-time customers should quickly feel at ease. You'll have to book at least seven days in advance by phone, but don't worry, Yamamoto speaks excellent English. 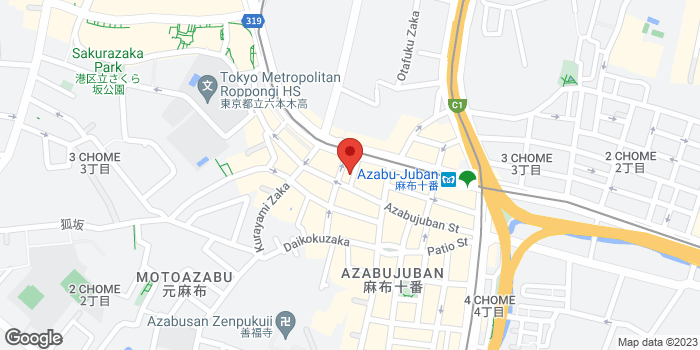