Fasten your seatbelts – it's time to fly Gudetama Airlines 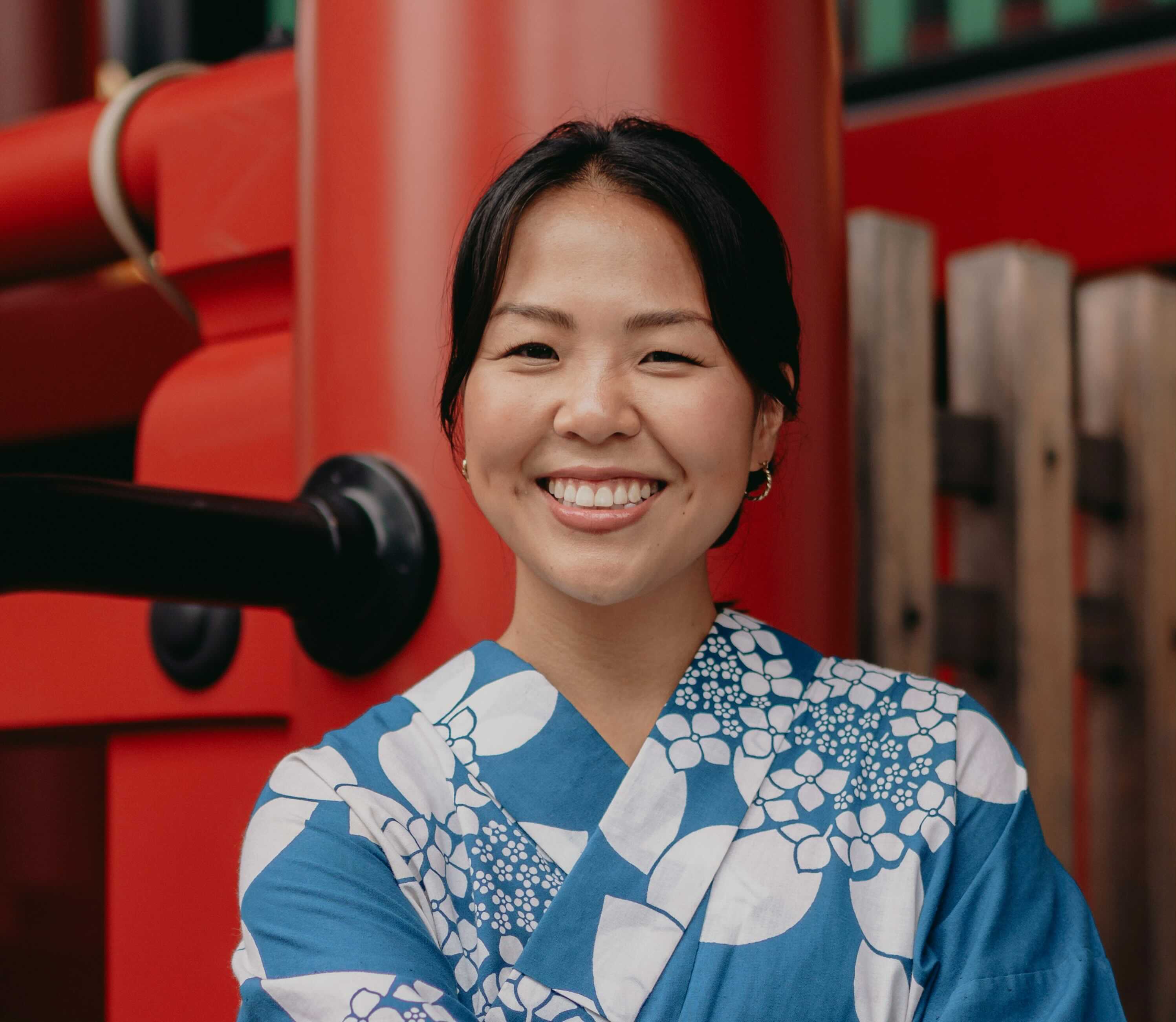 If you’ve been in Japan for a while, you've probably come across Gudetama, the ‘lazy egg’ that's become Hello Kitty creators Sanrio's most popular character and can be found all over Tokyo in forms ranging from keychains and bags to desserts and face masks. Though this yellow fellow's attitude is anything but positive, people around the world seem to like him enough to warrant the setting up of both permanent cafés and pop-up exhibitions – as far afield as New York and Los Angeles. The latest Gudetama attraction has now hit Tokyo, but you'll need to hurry to Ikebukuro's Sunshine City to catch ‘Gudetama’s gude-gude tour’ – it's on only until May 8. 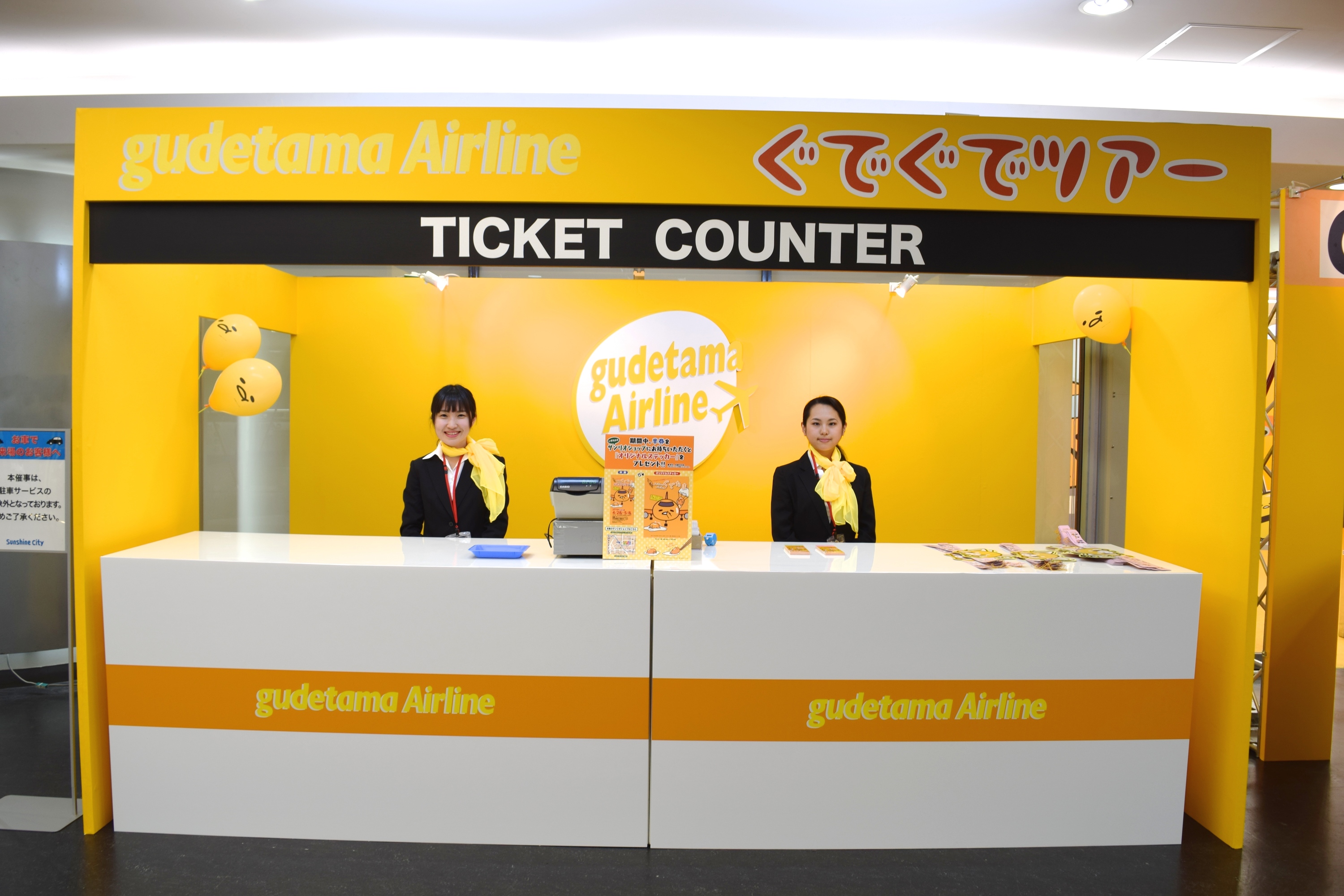 At the door, you'll first be asked to board the Gudetama Airline – not an actual airplane, but certainly your passage to Gudetama land. Buy a ticket (adults ¥1,000, elementary school students and younger ¥600) and the staff – dressed like flight attendants – will lead you through the 'gate': a hallway plastered with pictures of various forms of Gudetama, followed by a fake food gallery resembling in-flight meals featuring our eggy protagonist. From a hamburger with fried egg and egg sushi to custard pudding, you can admire him in plenty of delicious forms. 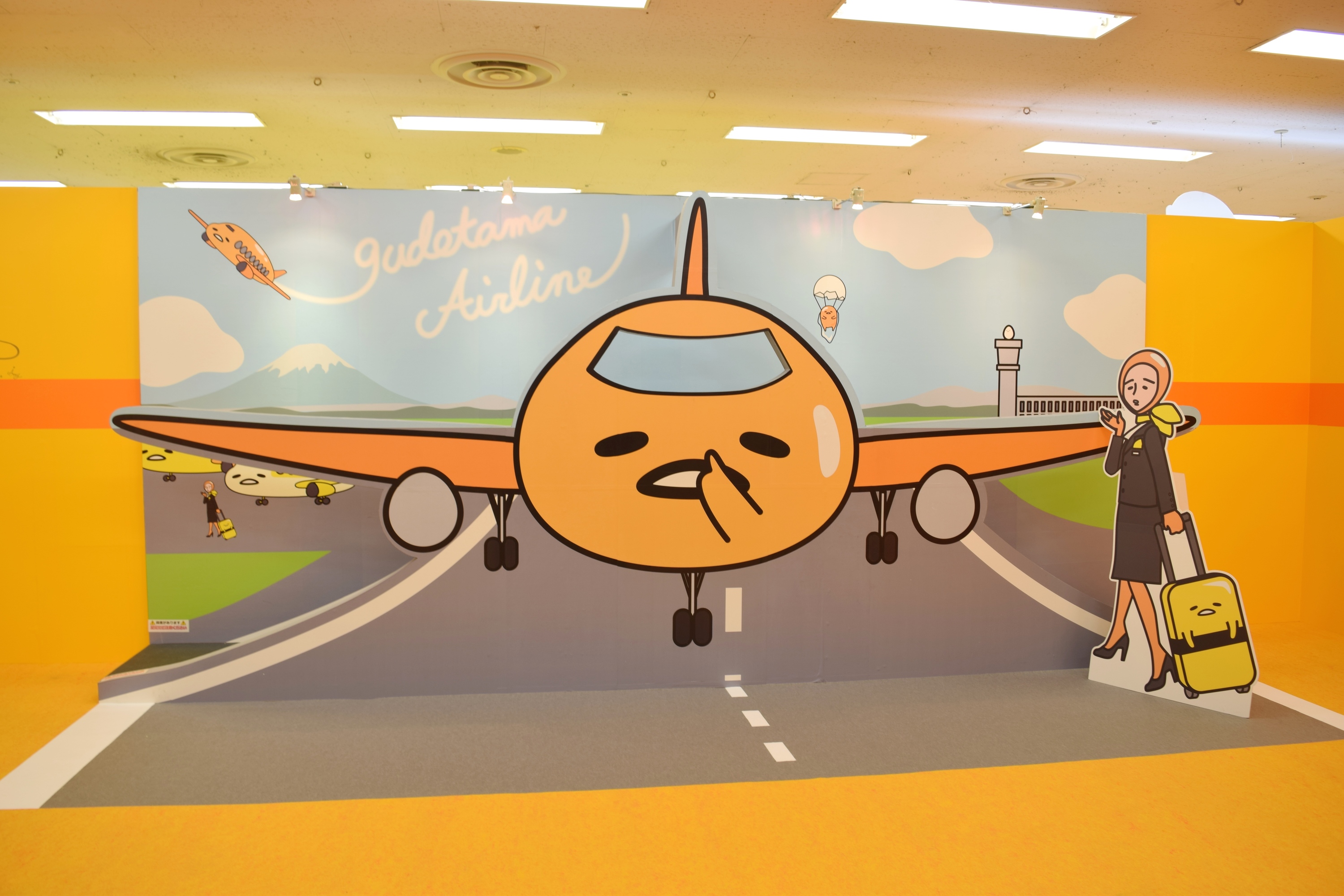 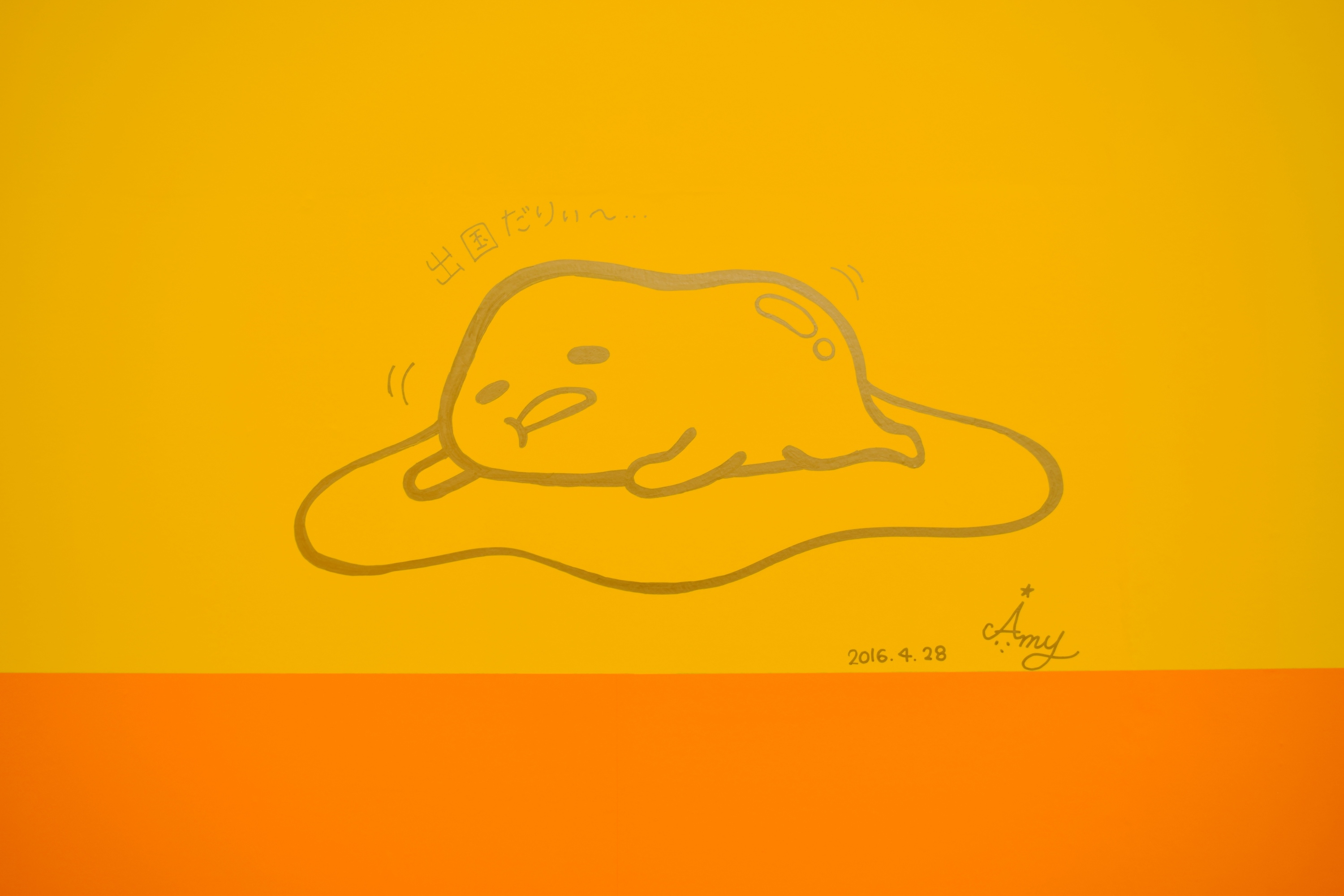 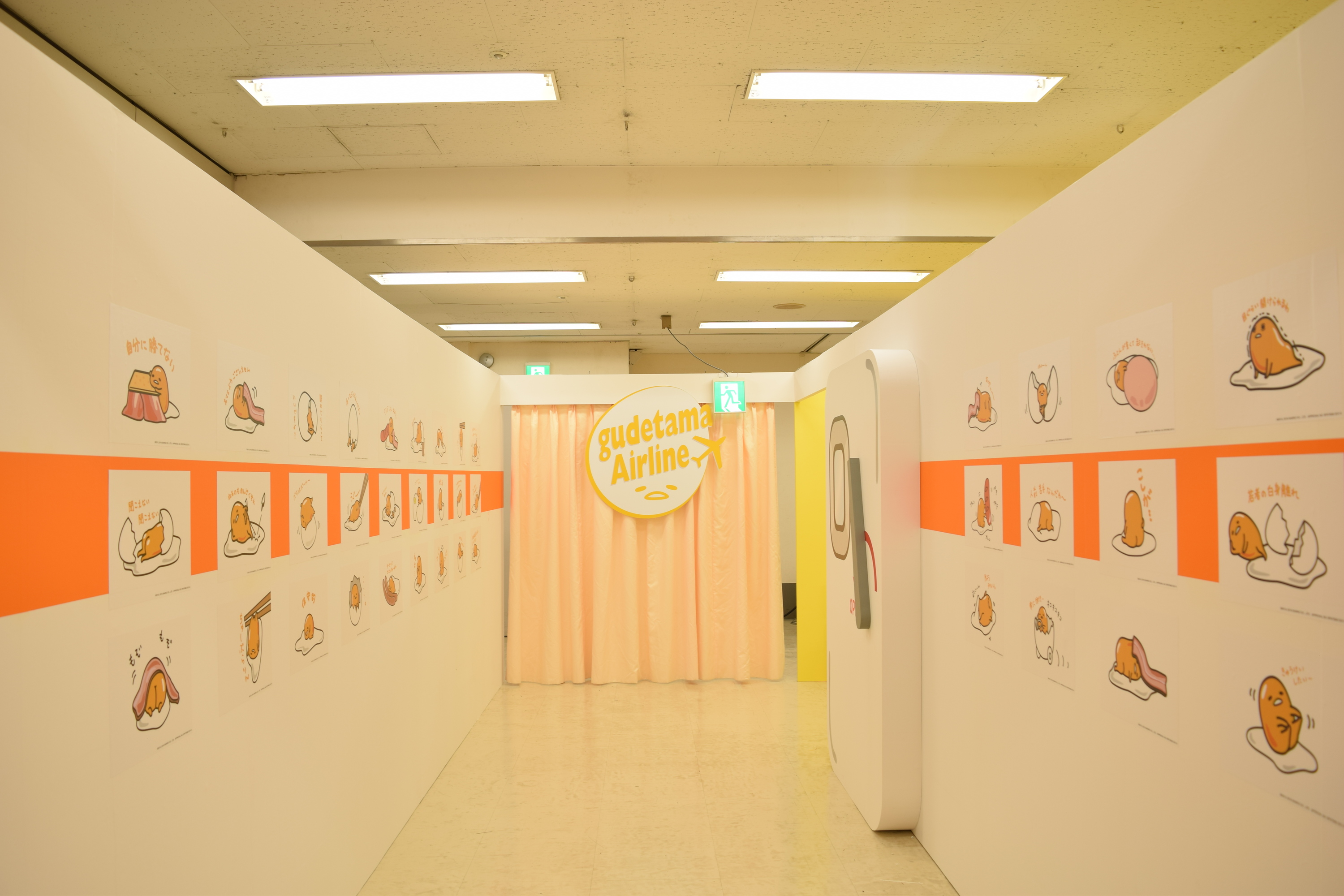 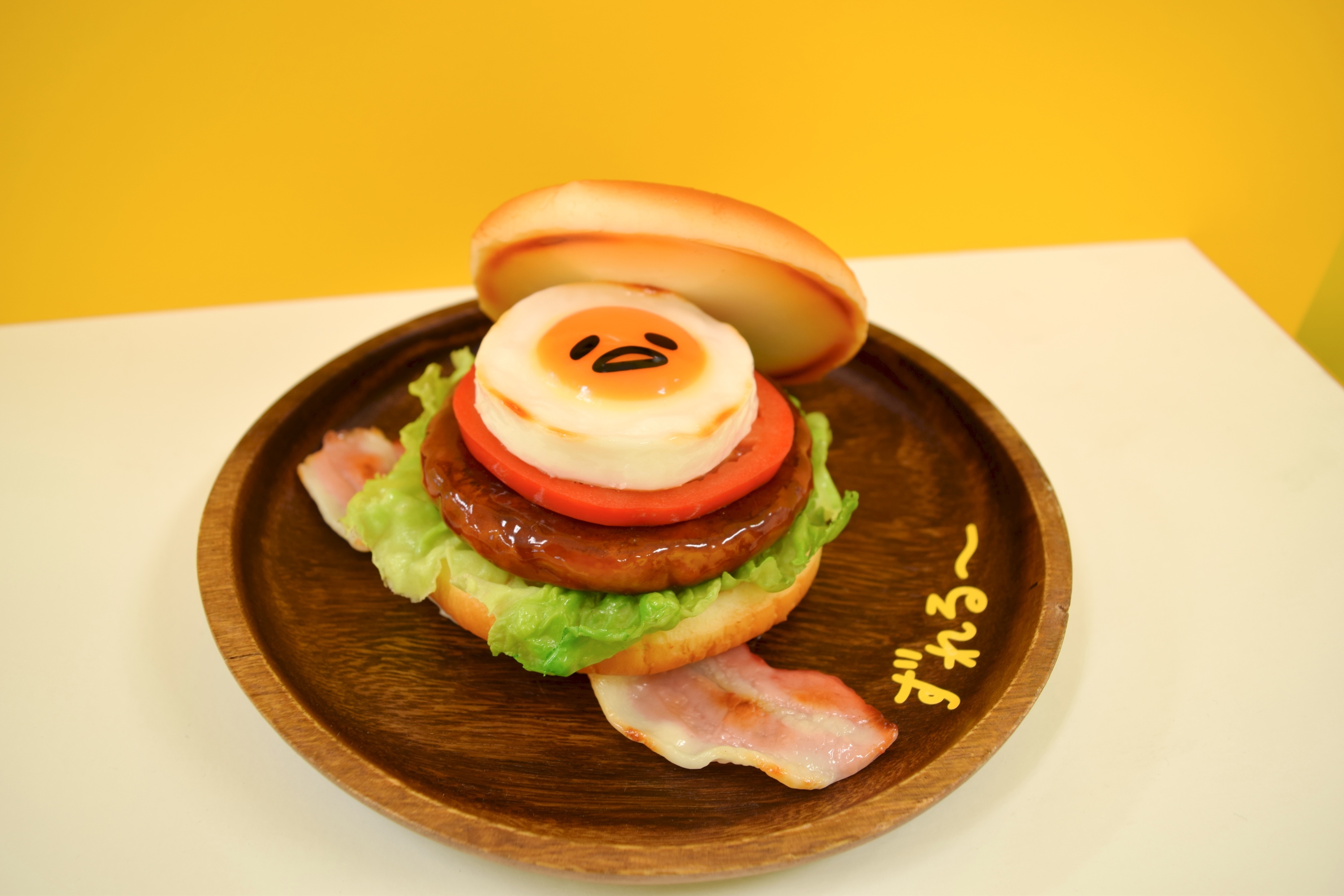 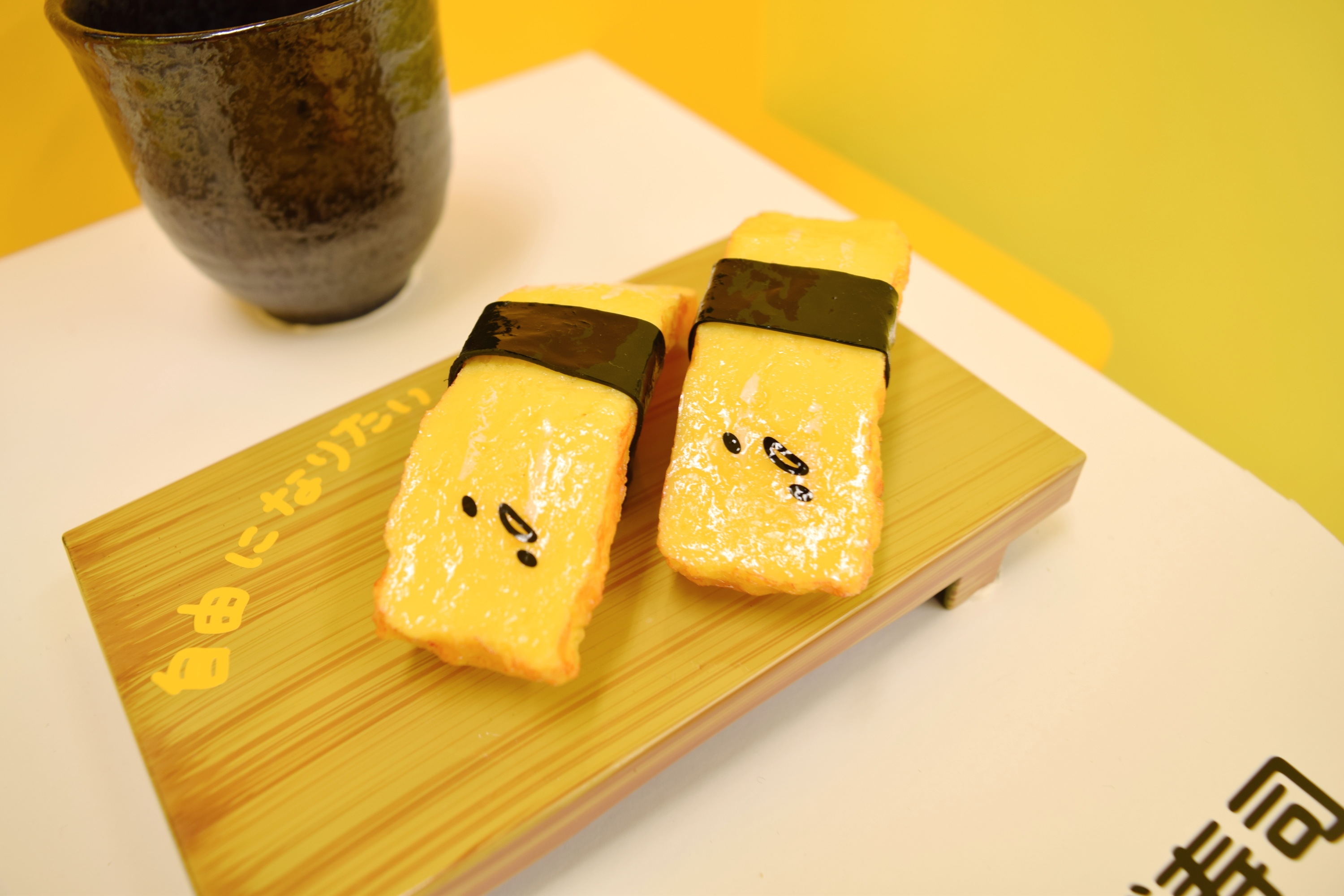 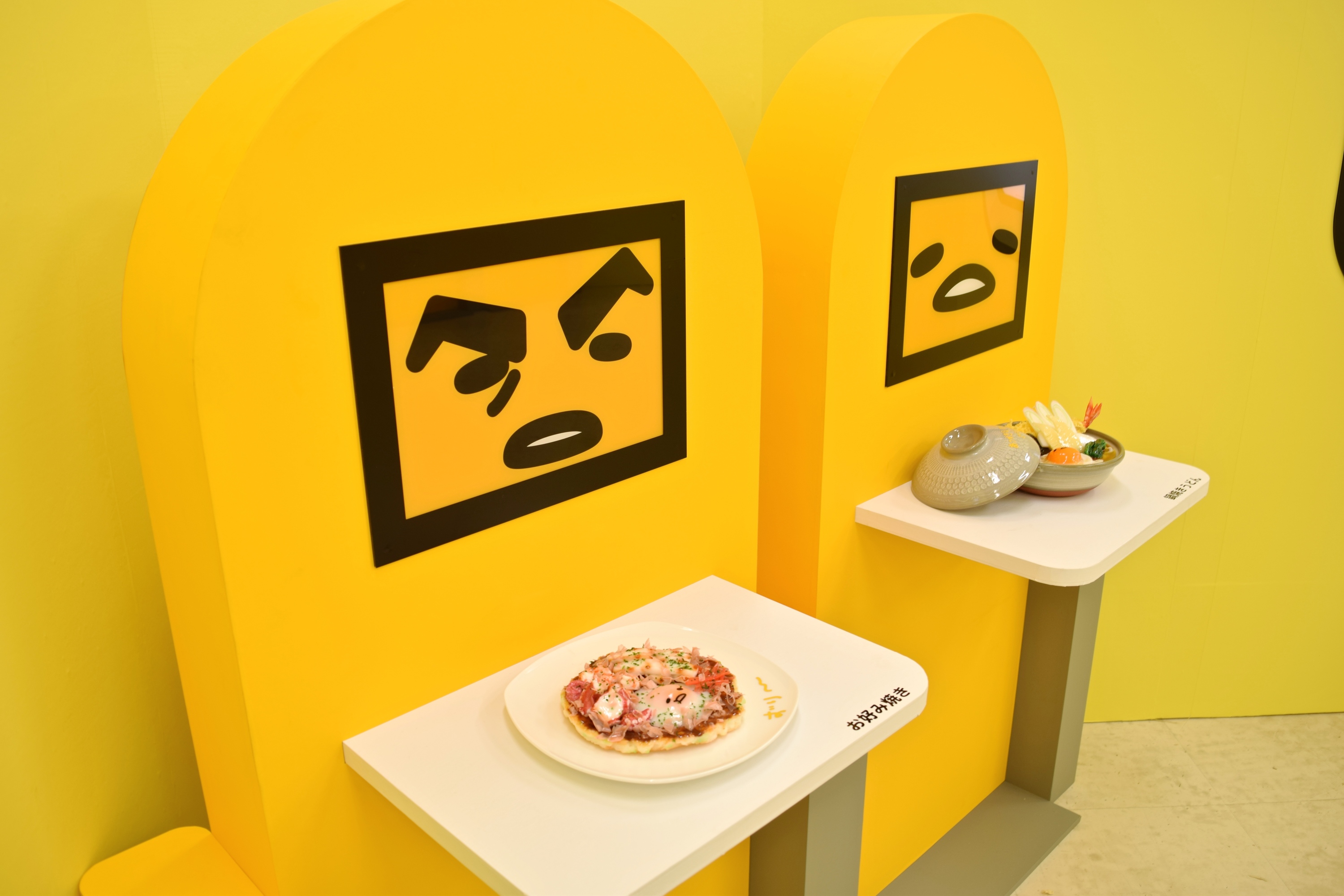 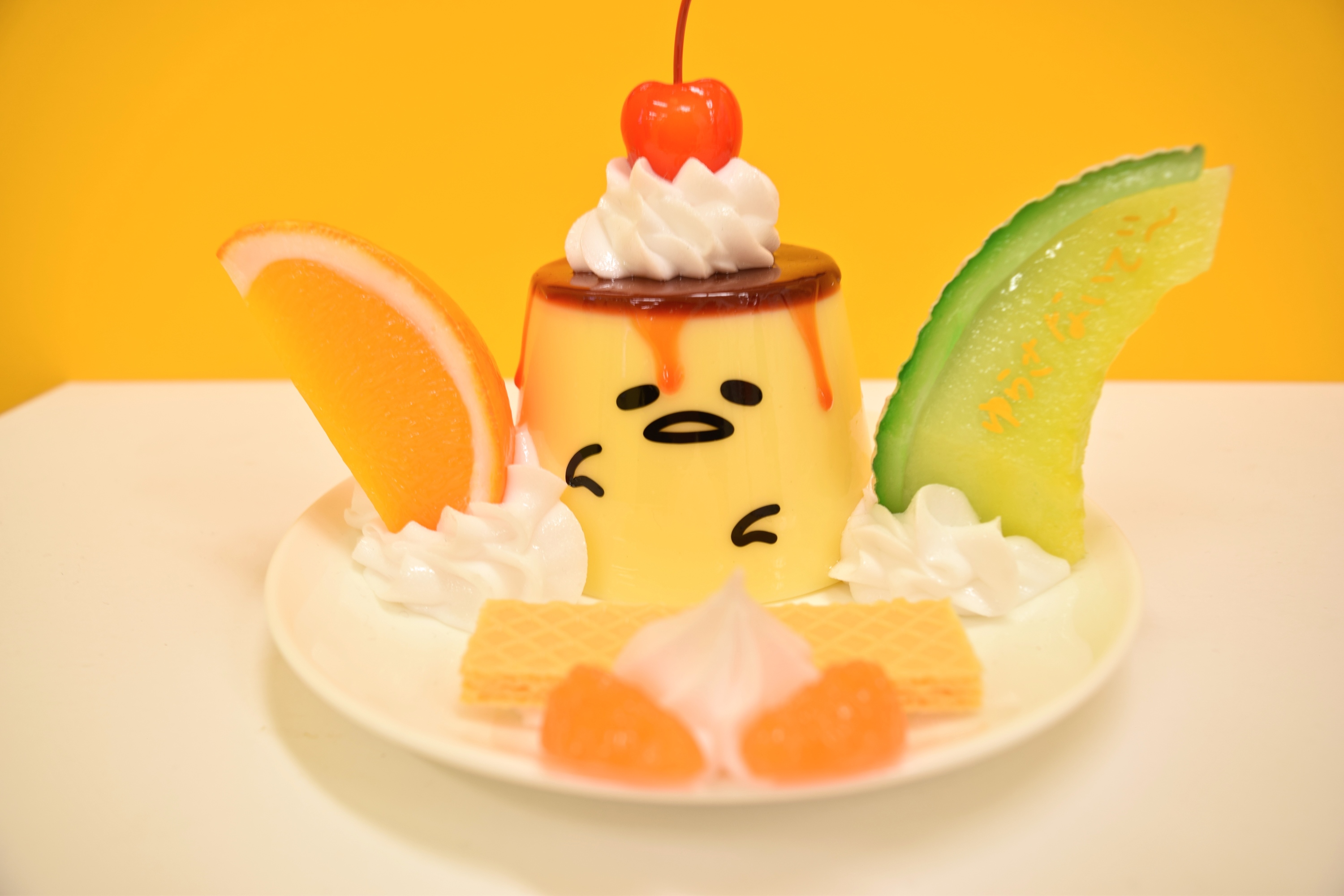 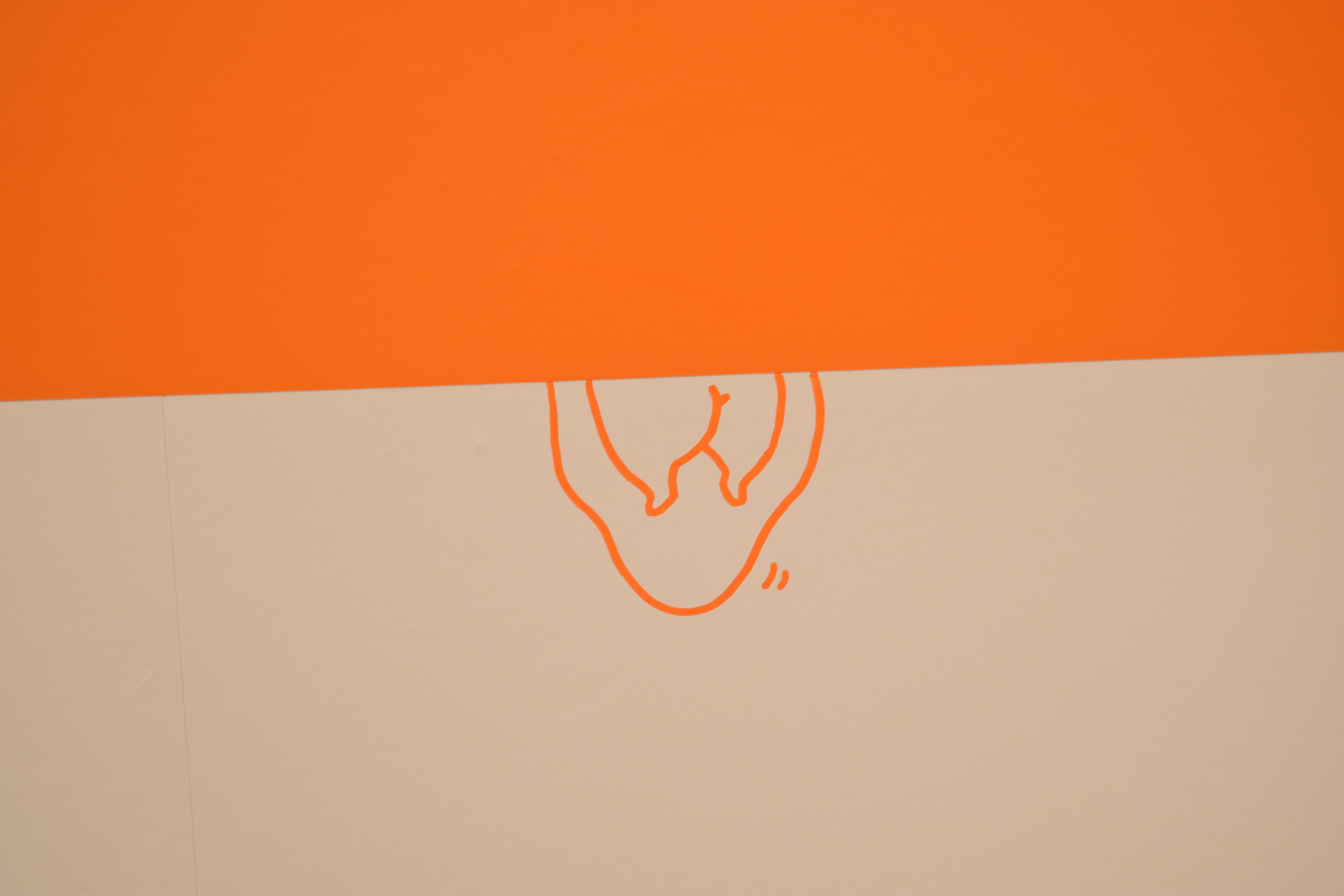 Next up is the baggage claim area, naturally littered with plush Gudetama toys and your final stop before arrival at Gude-land. Prepare yourself for its overflowing population of lazy eggs and a truly bizarre array of activities: booths where Gudetama will predict your fortune with the press of a button, photo spots where you can take pics with a life-size Gudetama, and a larger-than-life Gudetama butt stuck to a supposedly soft wall. Gude-land also boasts kid-friendly colouring stations, typical Japanese festival booths (think target practice and ball-scooping), and a room where little ones can learn to dance the ‘Gudetama dance’. Not to be missed are the hand-drawn illustrations scattered around the area – you'll spot them in the most random places! 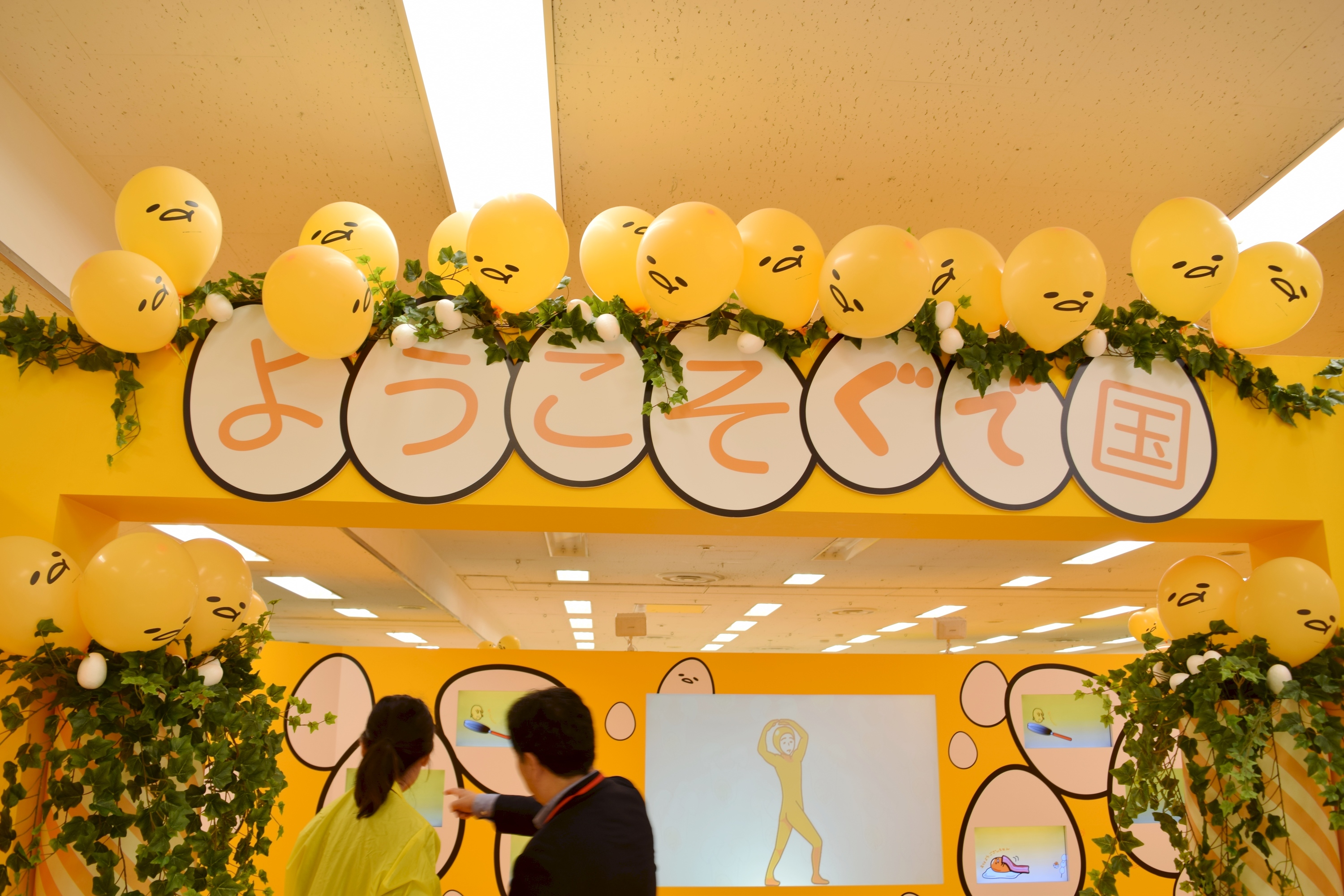 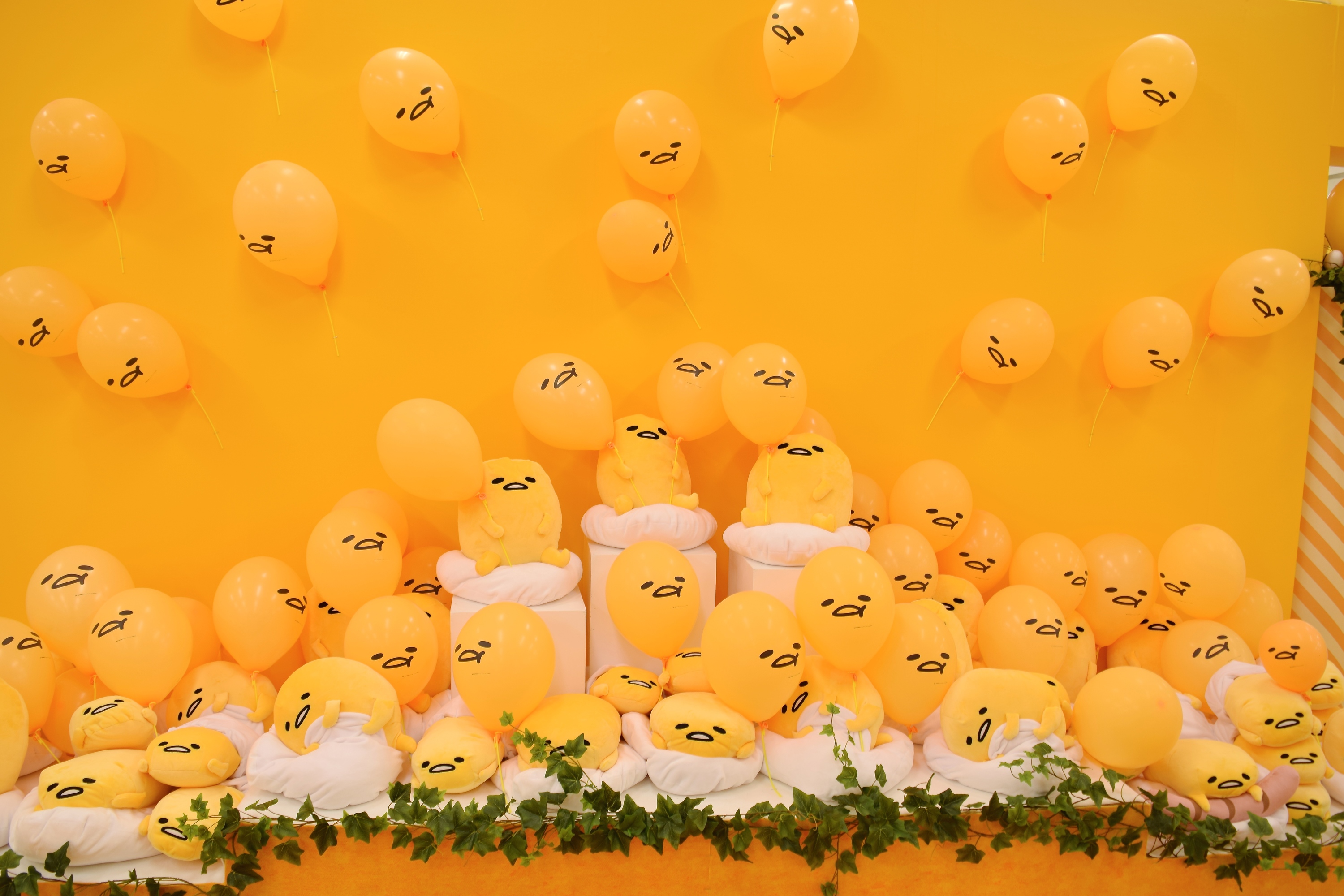 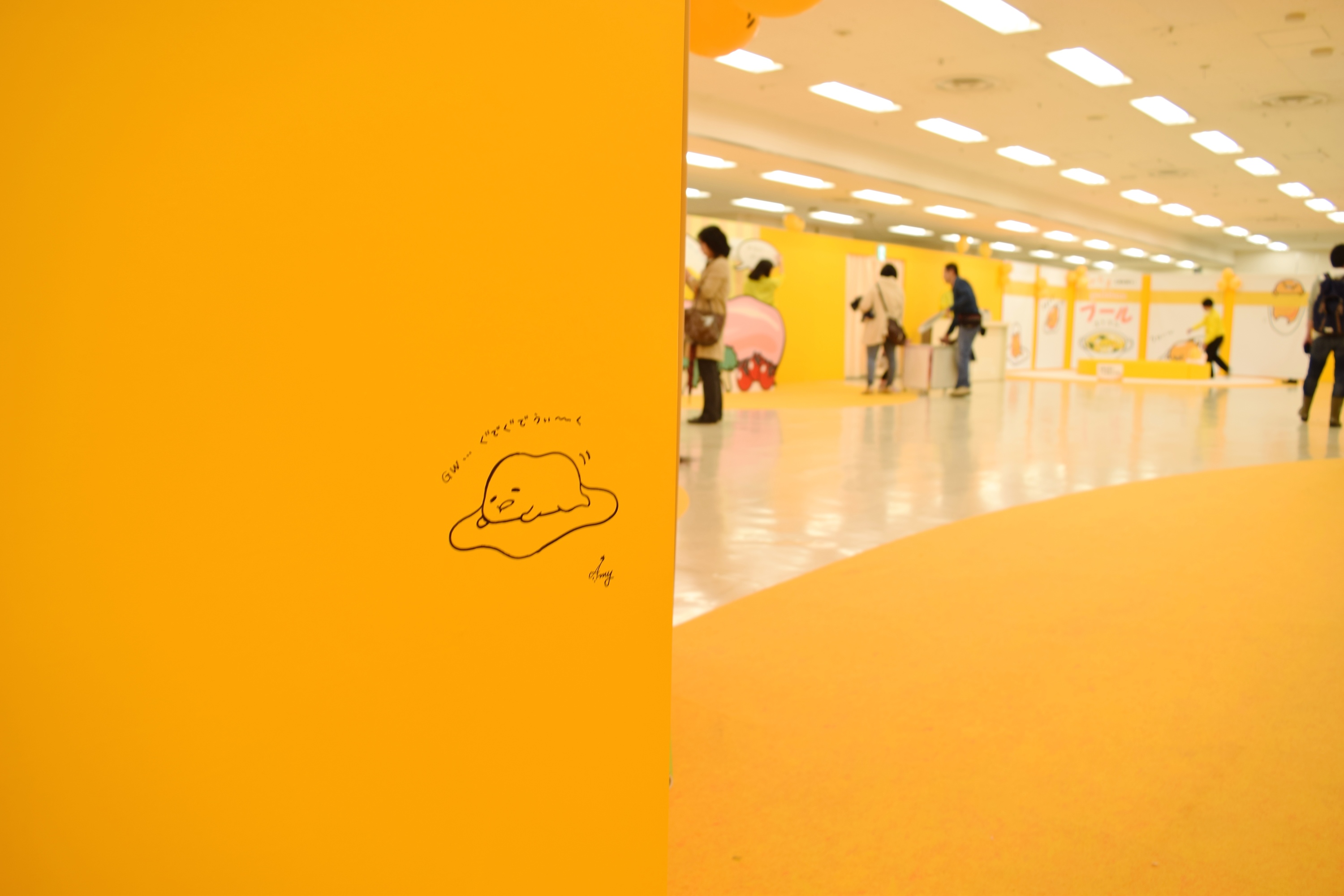 Though the exhibit is off the charts on the strange scale, it sure makes for a fun experience – especially if you're already somewhat familiar with the character. And what better way to end the tour than by actually digging into a Gudetama: at ‘Guderiba’, the Gudetama 'rest area', you’ll find an Instagram-worthy array of both sweet and savoury delicacies. Order the TKG rice bowl (¥750) or the Tsukimi Udon (¥800), both featuring fluorescent orange Gudetama yolk. The eggs here are no ordinary eggs – they get their distinctively bright colour from marigold flowers and coconut oil, fed to the egg-laying chickens just for the occasion. Finish off your meal with a Gudetama cream puff (¥540), filled with creamy tiramisu, and head straight for the souvenir shop – we recommend picking up a roll or three of Gudetama-print toilet paper to take home. 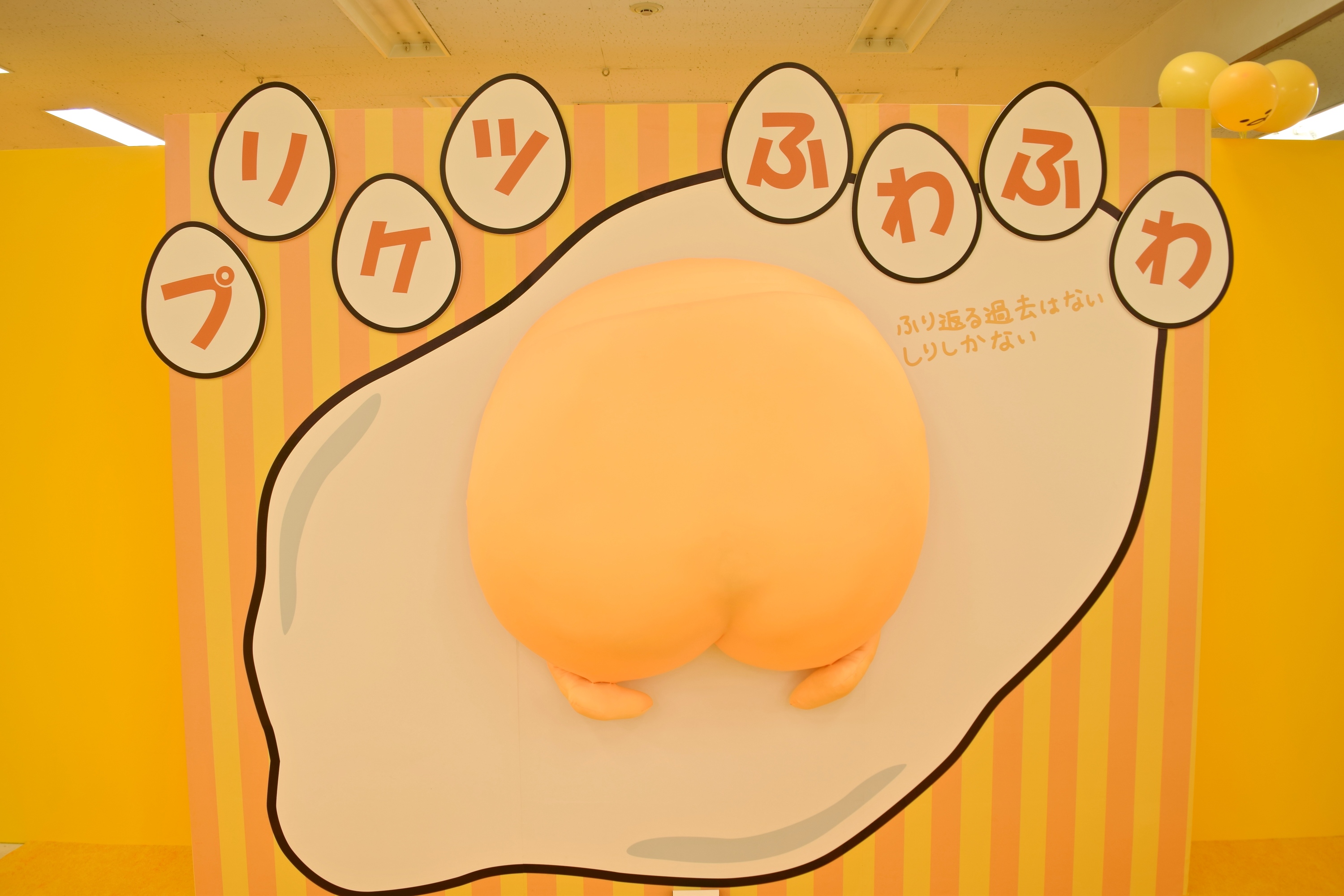 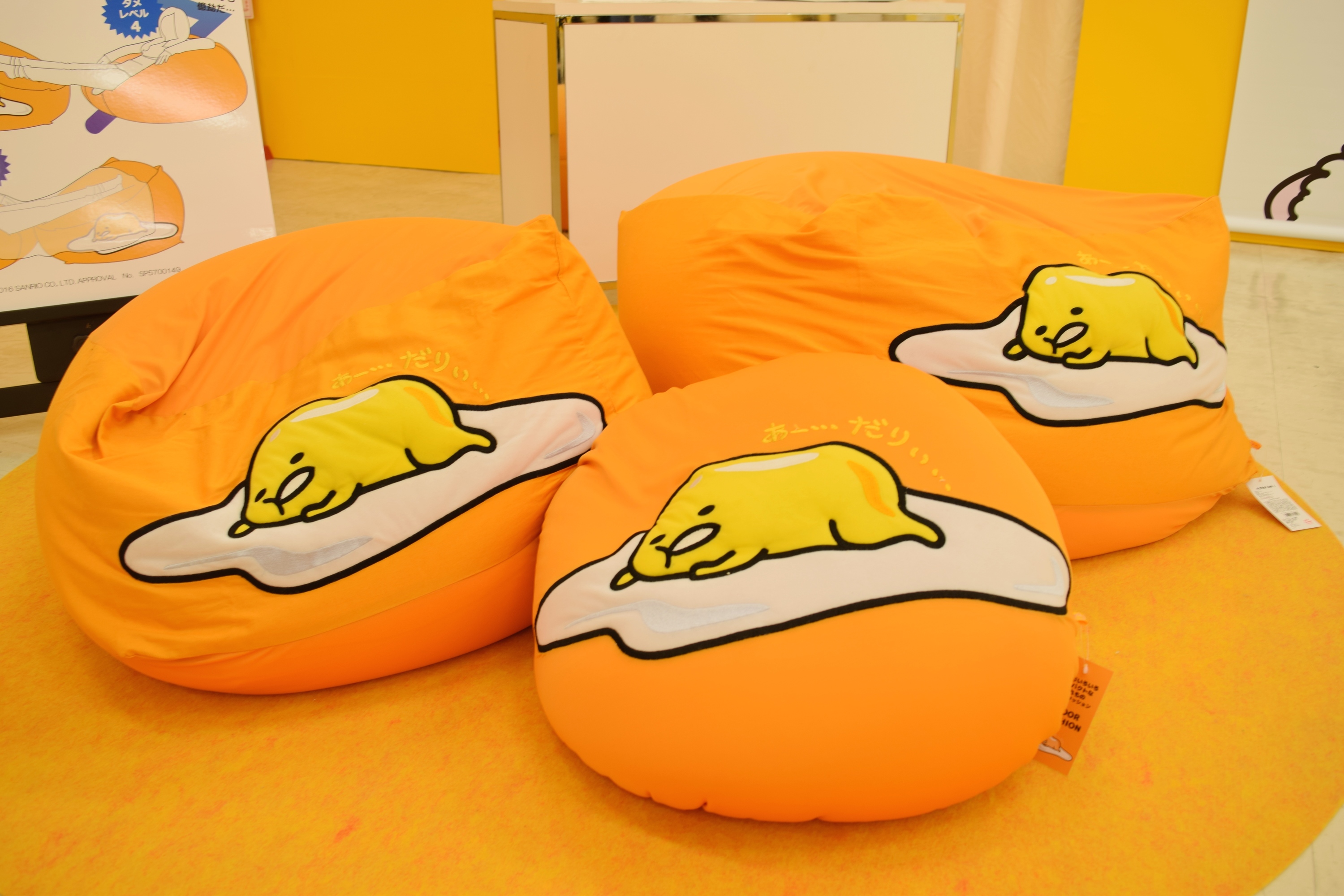 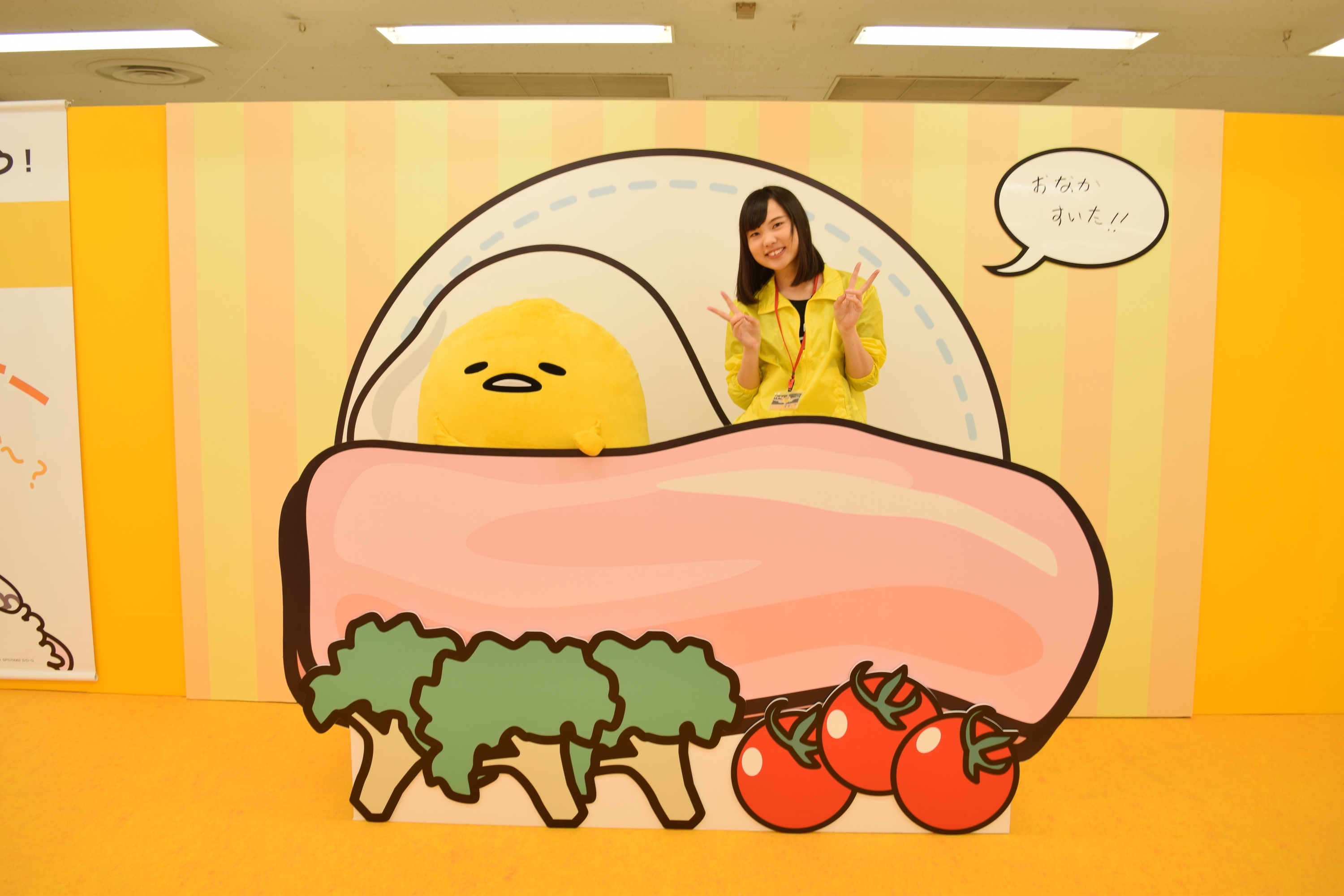 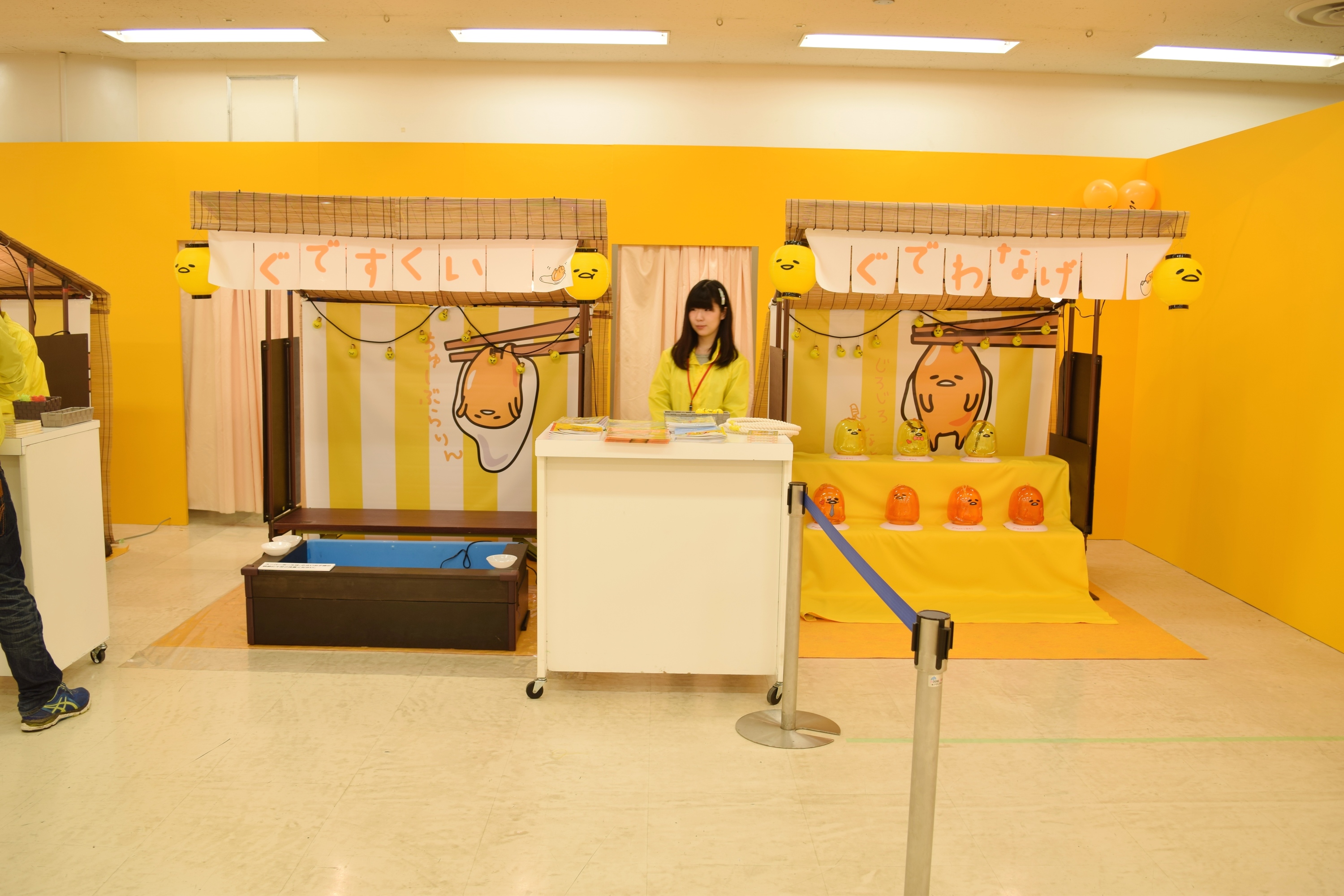 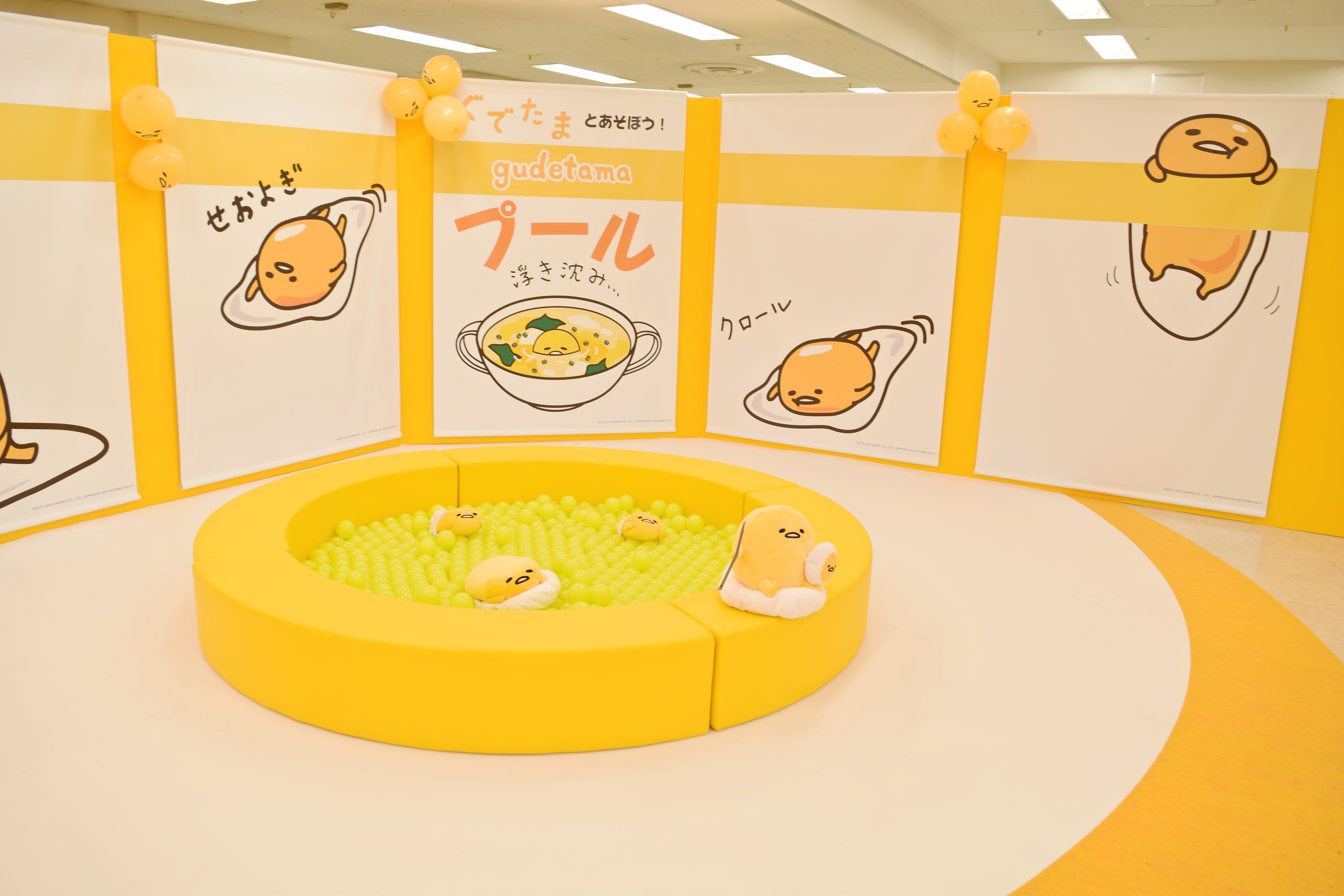 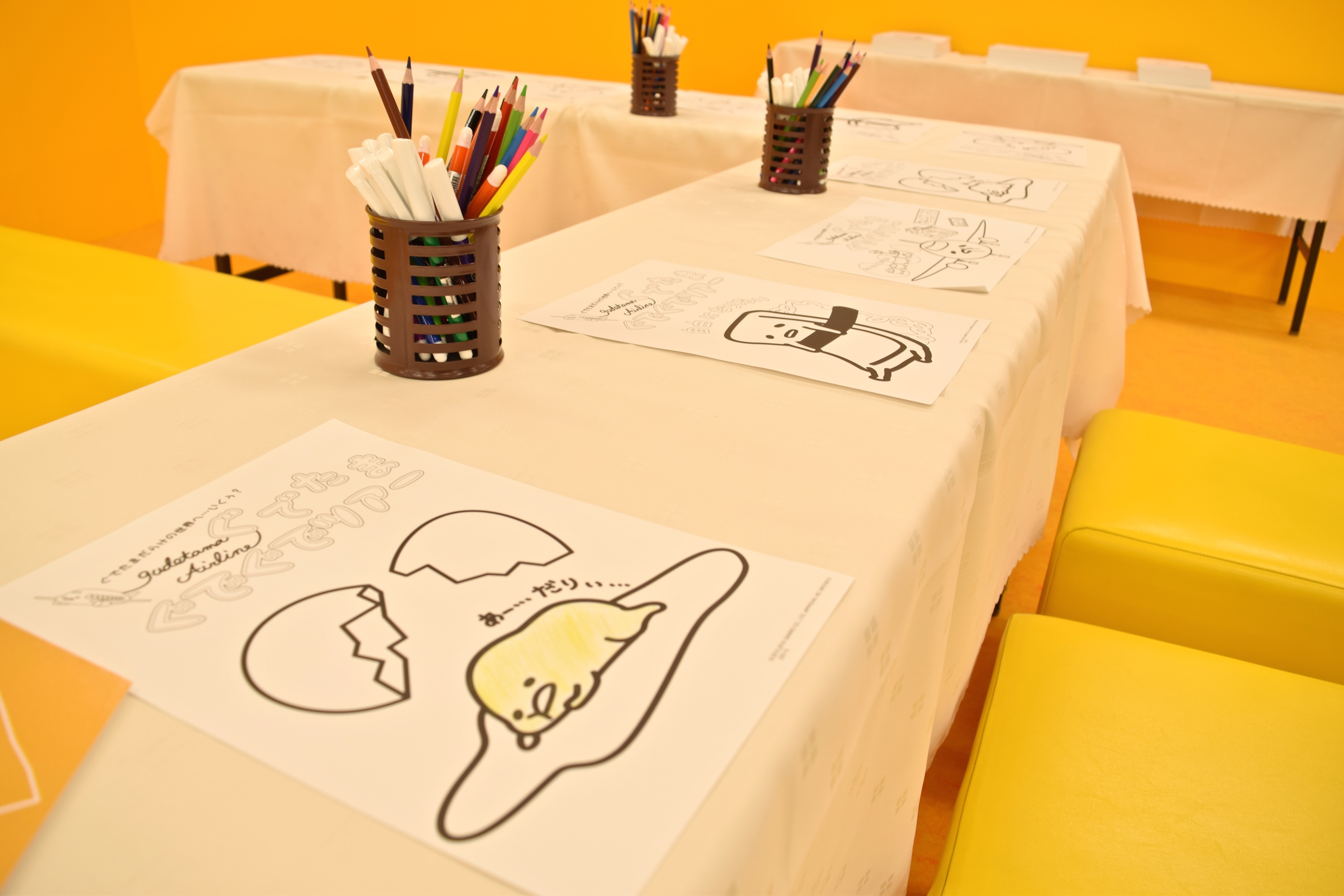 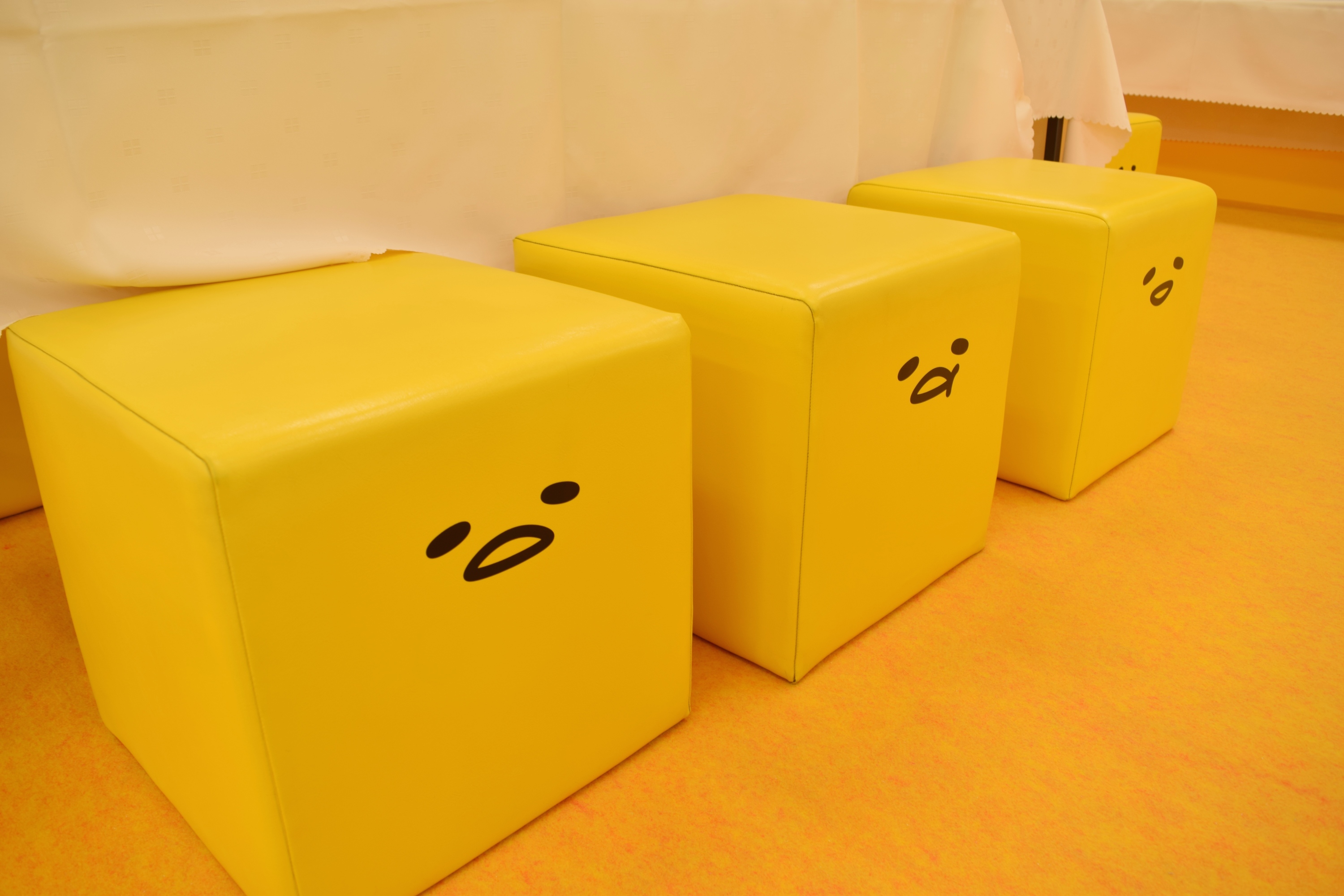 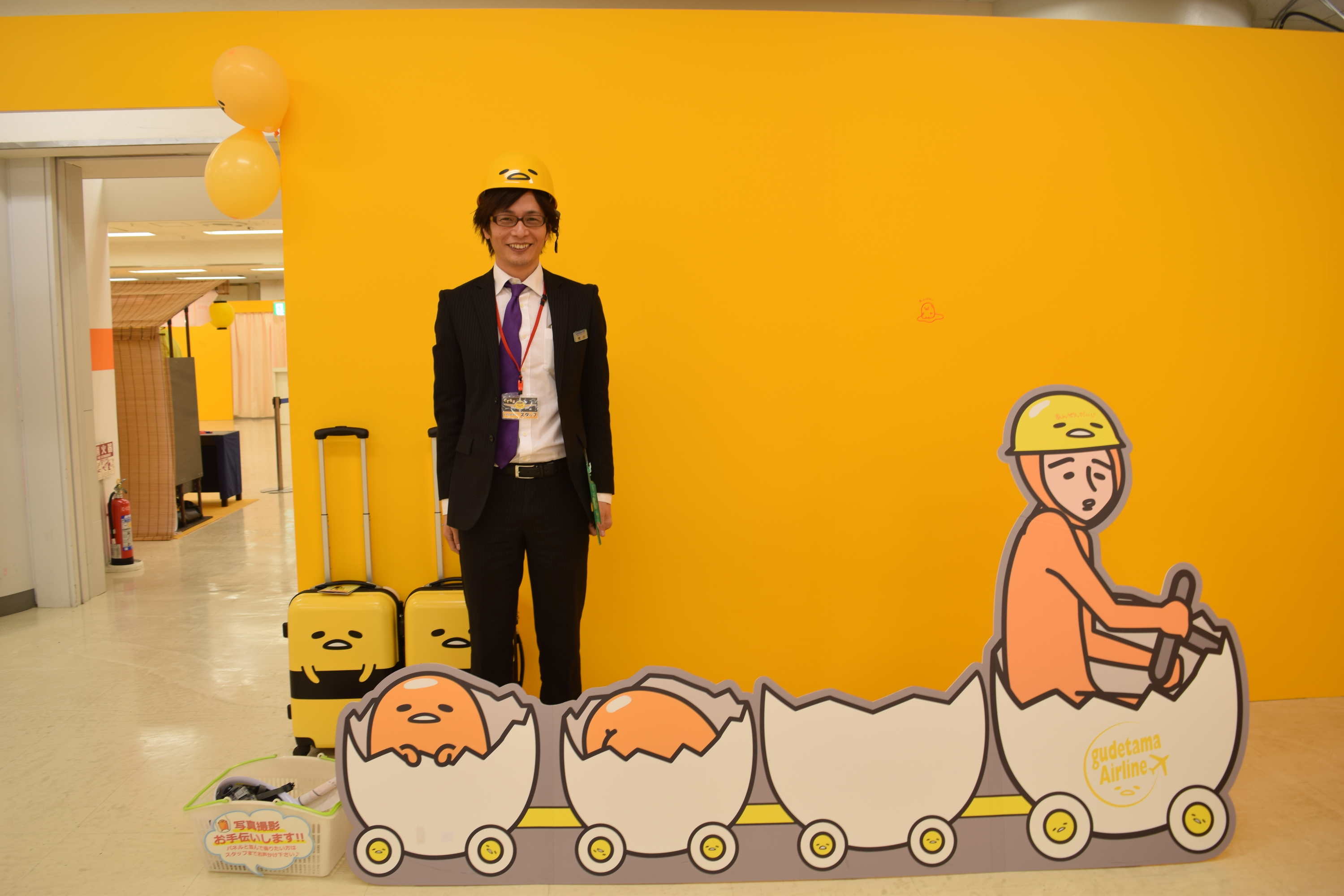 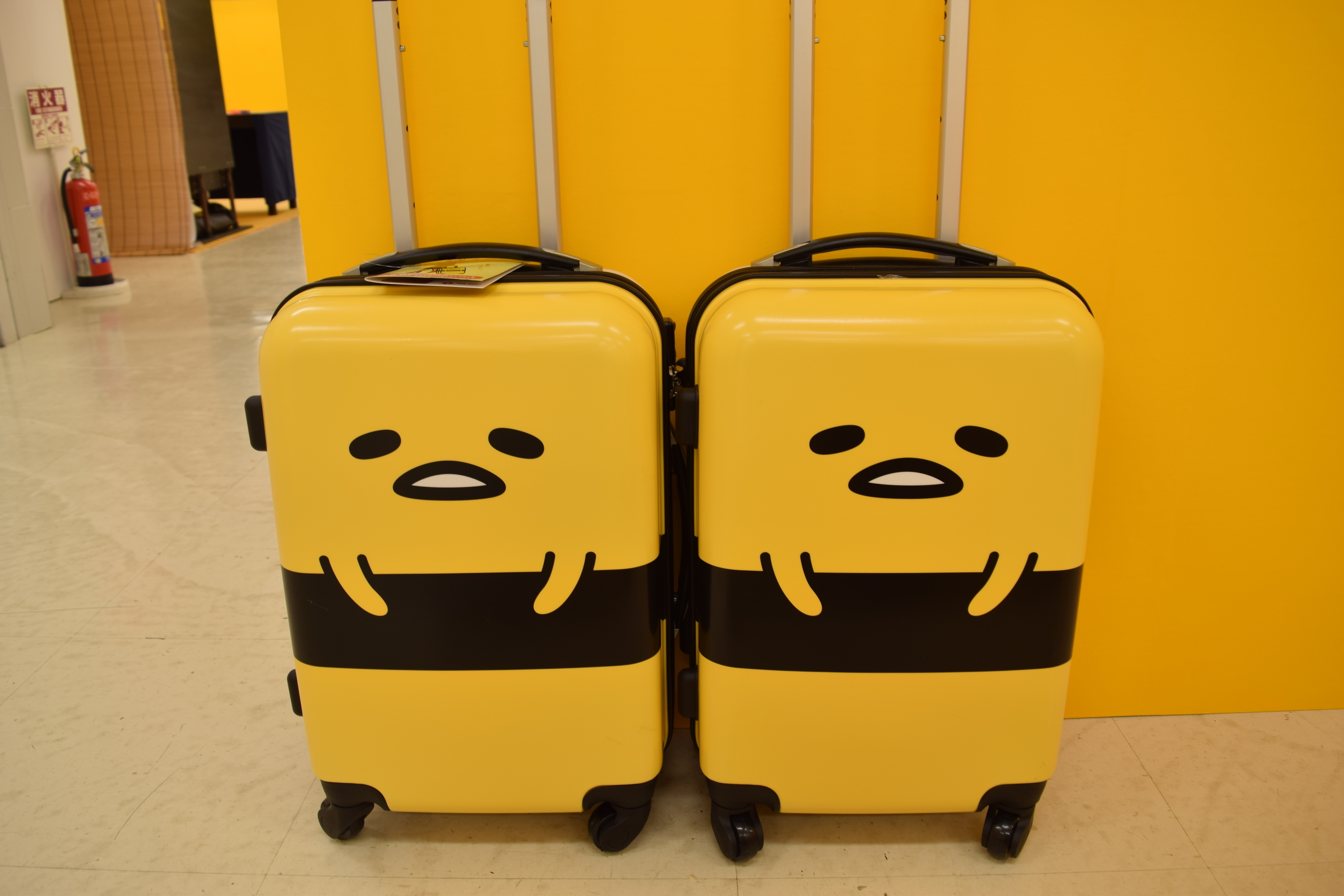 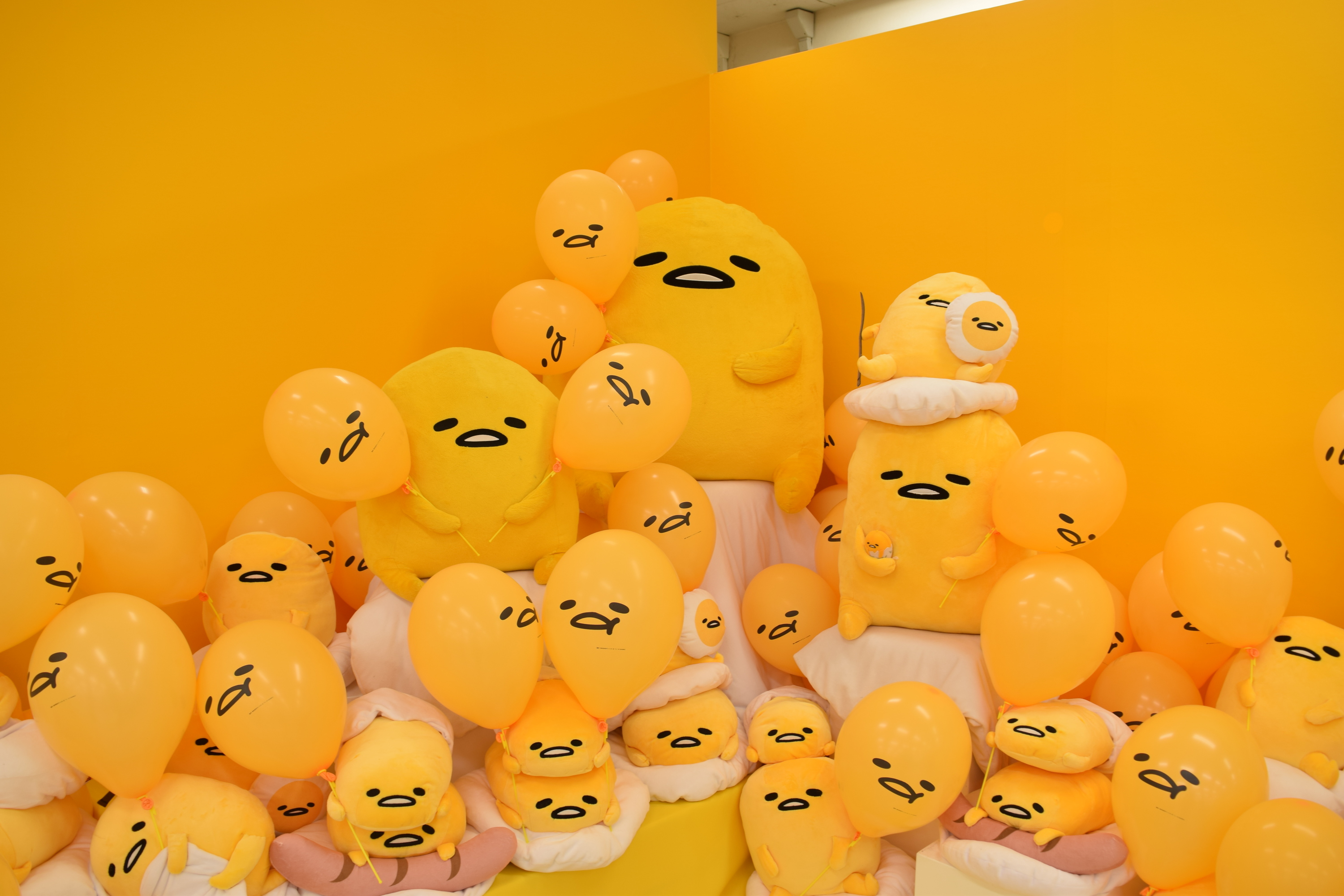 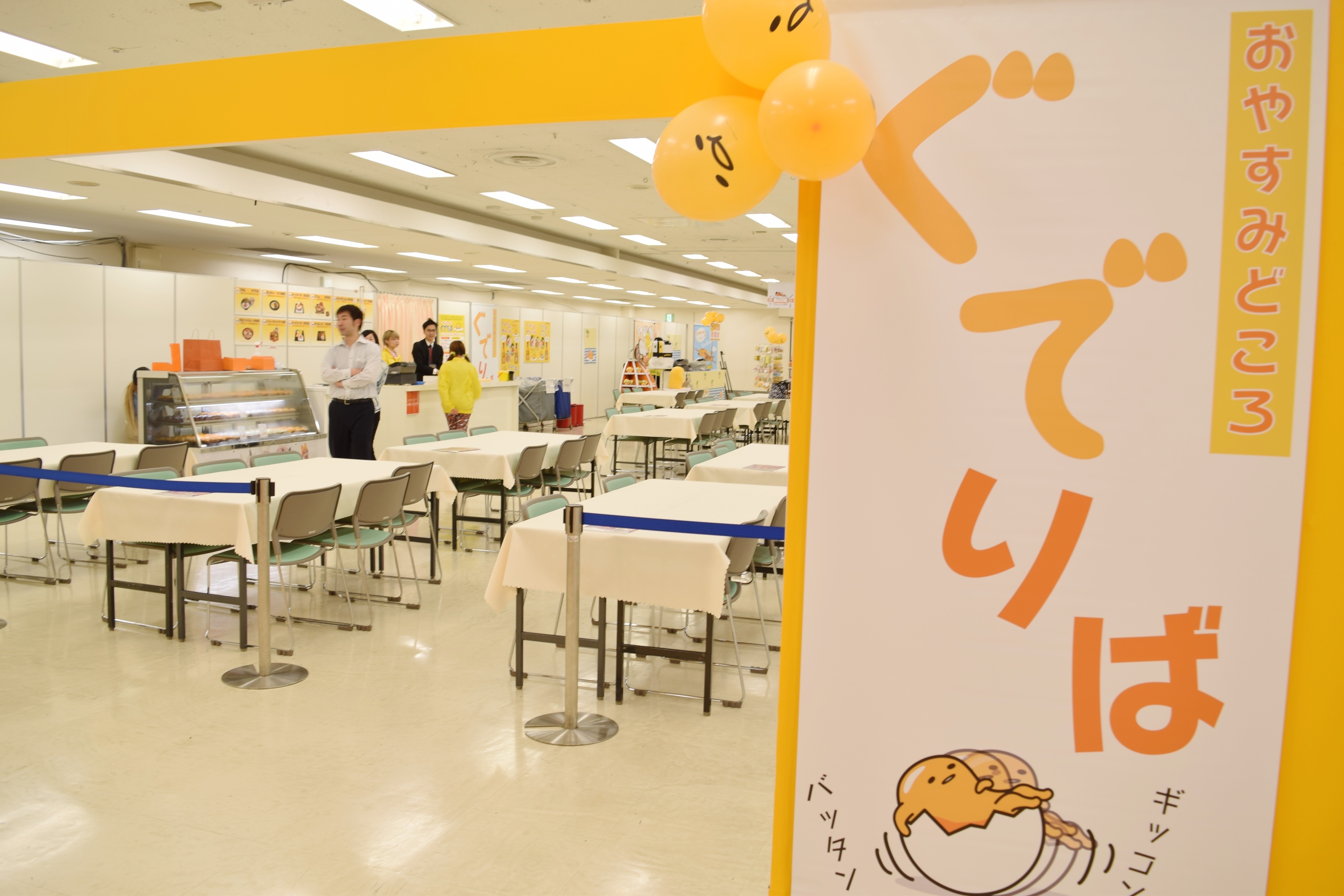 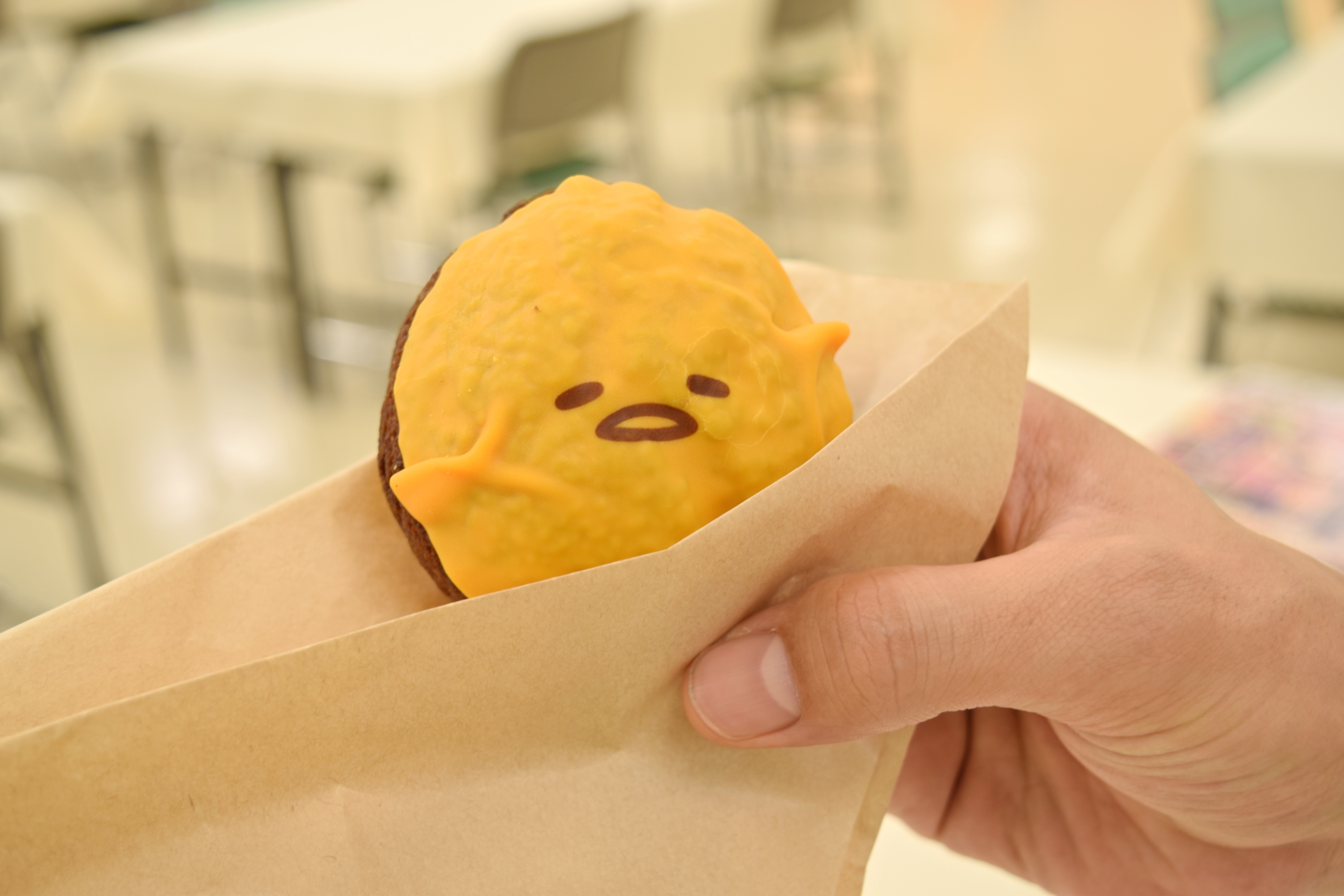 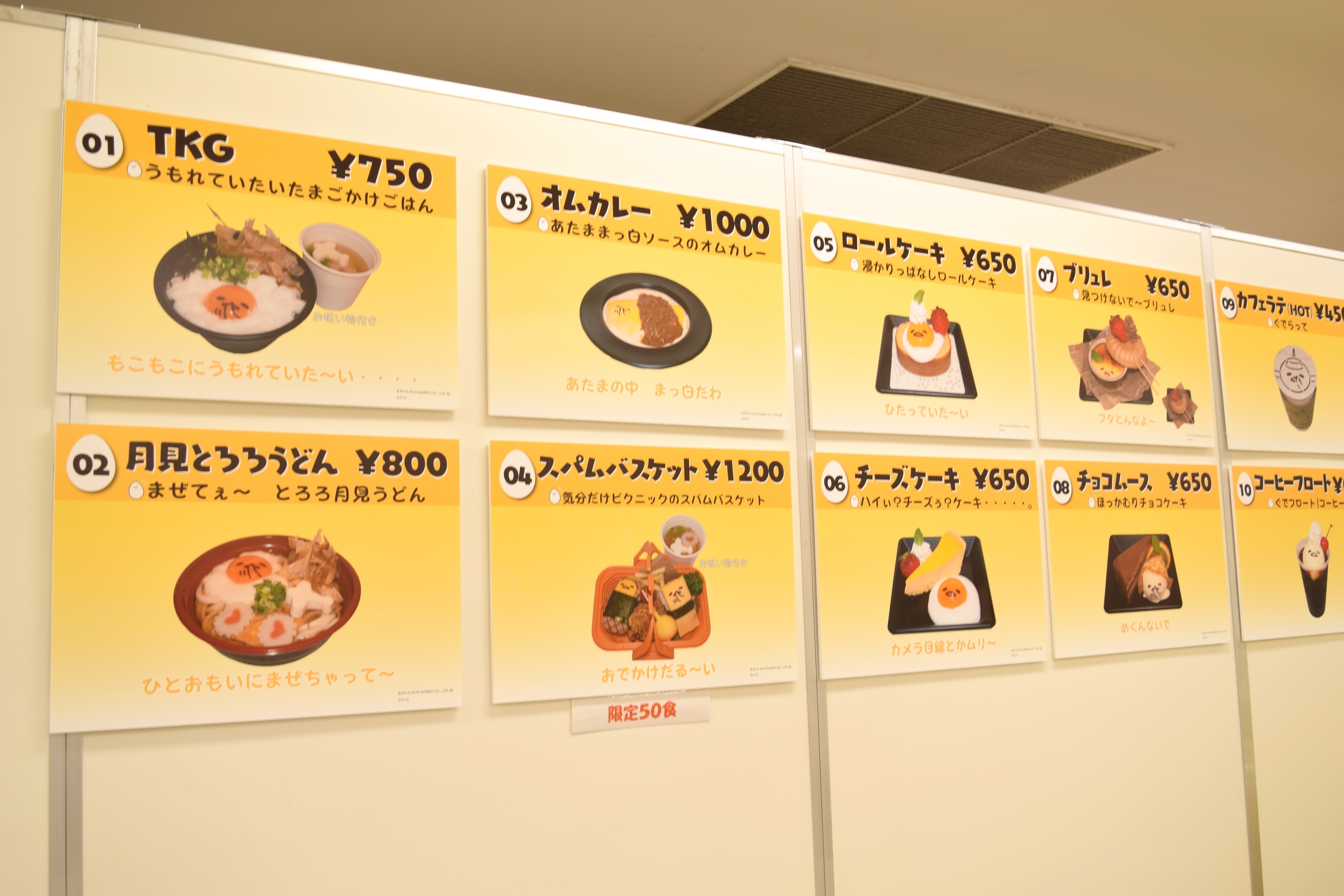 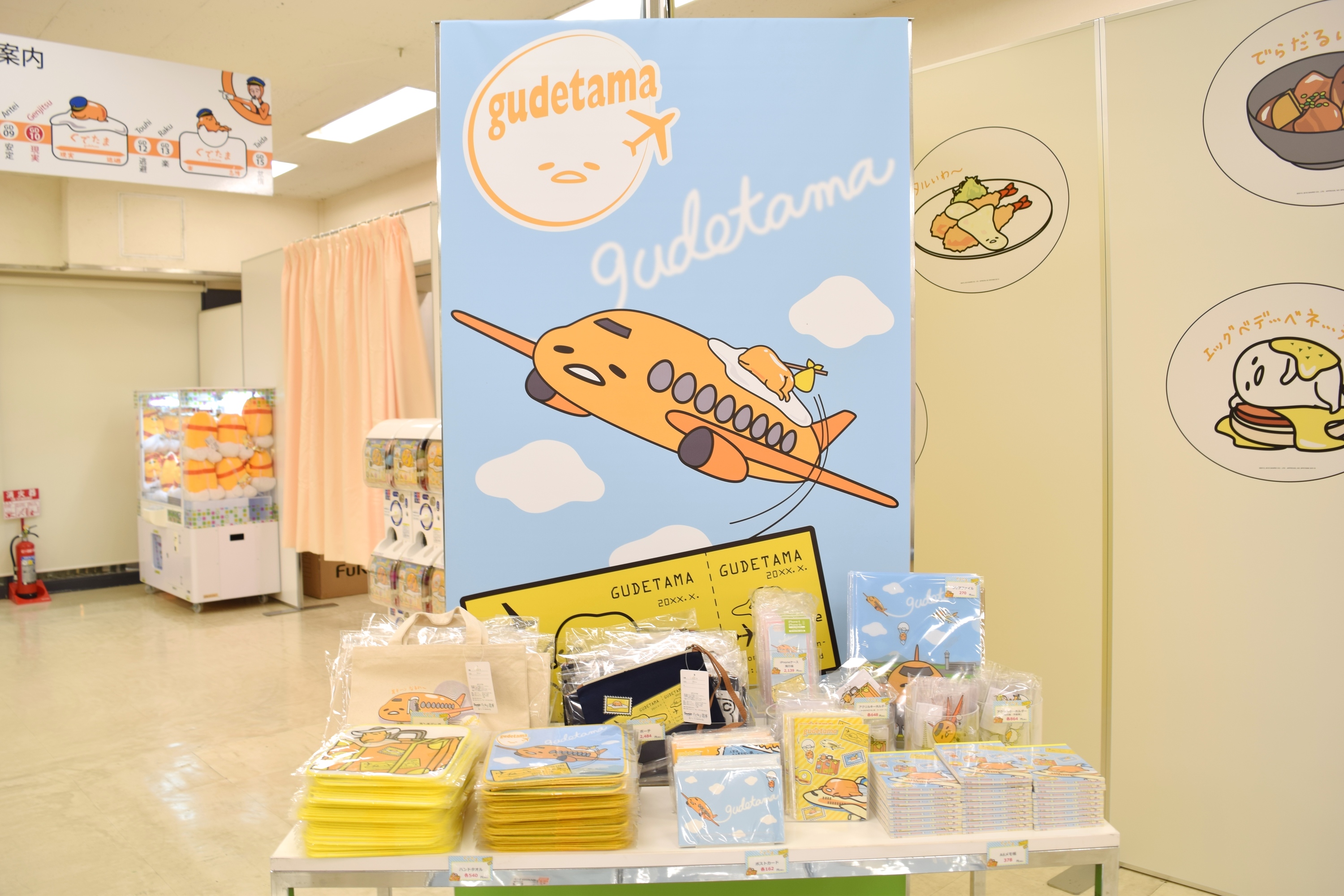 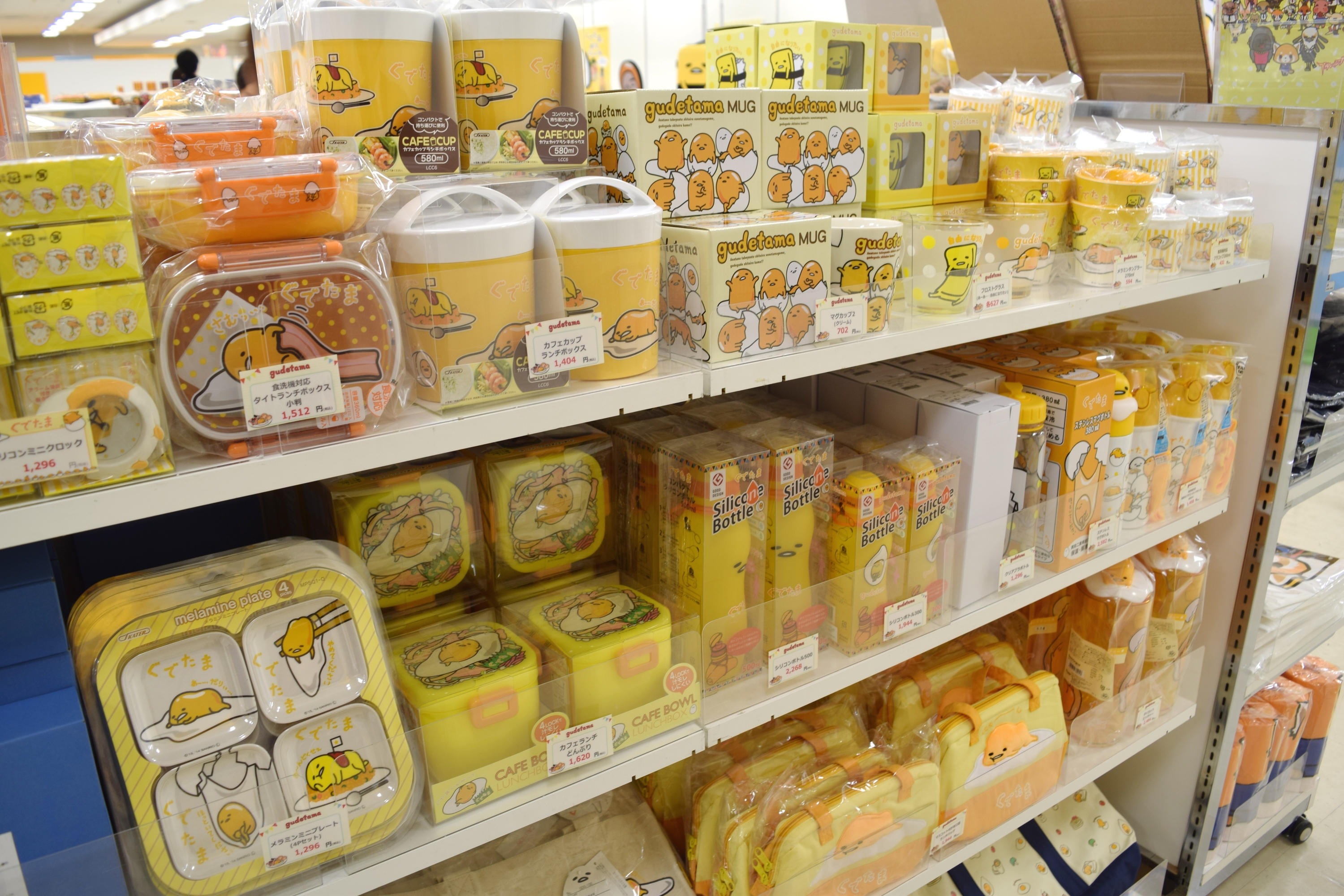 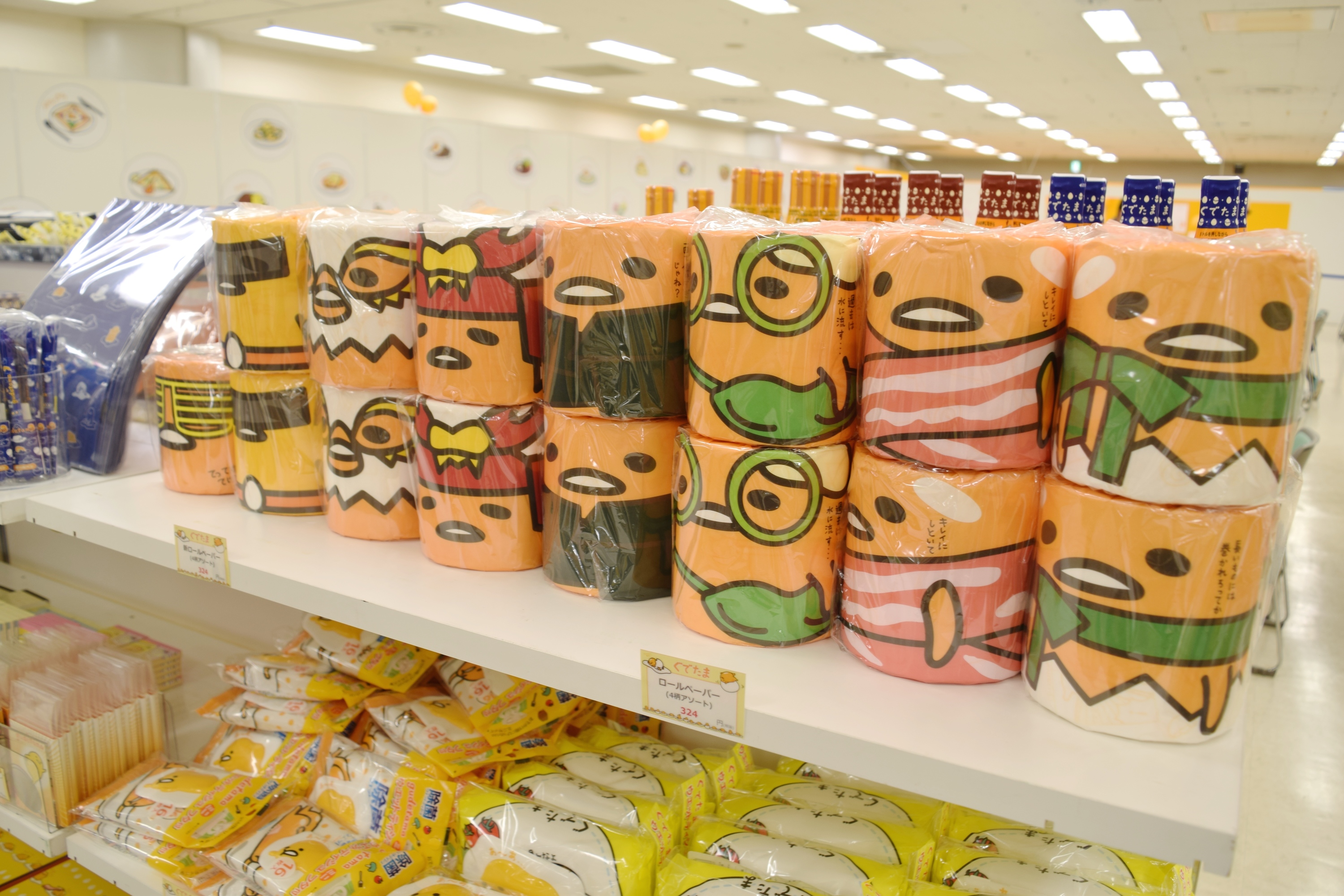