Right, so in case you're not quite up to speed on the latest Tokyo Olympic stadium news, a final design has in fact been chosen. It's a design by Kengo Kuma and it looks like this:

Kuma's design hasn't come without its own fair share of issues: Zaha Hadid has claimed that the new stadium has 'remarkable similarities' to her original design and says the Japan Sports Council is asking her to waive copyright claims. We're a little tired of all the arguing now, so we've decided instead to imagine what might've been had architect Tokujin Yoshioka been allowed to submit his vision for the stadium (he wasn’t able to participate in the competition because he didn’t meet certain requirements).

Late last month, he published a page on his website titled: The Olympic Stadium Envisioned by Tokujin Yoshioka. Calling the building 'The Floating Fountain', he has designed a stadium featuring a moat of water on the rooftop, creating a 'cooling effect during the summertime'. He says it could also be used in the event of a natural disaster and that visitors could walk or jog around the circle of water, enjoying the surrounding greenery. It is also designed to be able to produce a ‘ring of fire’ on the water's surface, making it ‘a piece of architecture transformed into a platform for the Olympic Flame’.

Oh how we wish THIS was the new Olympic stadium. But perhaps someone somewhere else in the world will bring it to life... 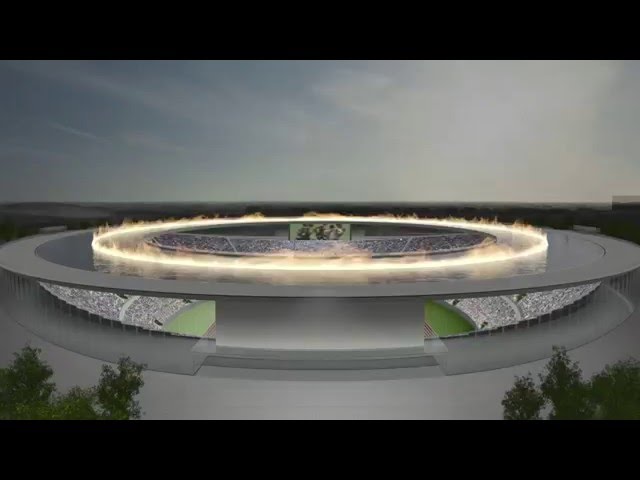 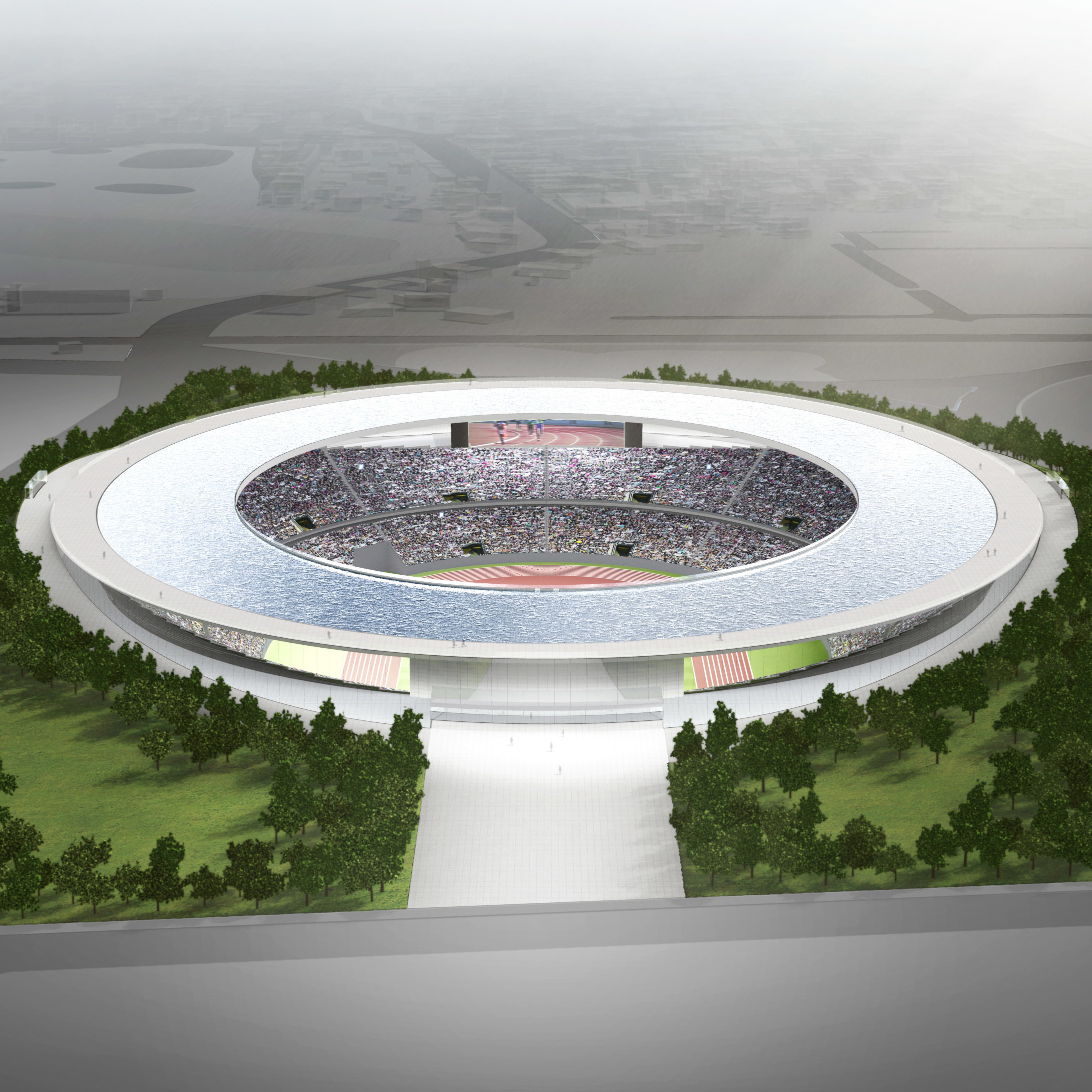 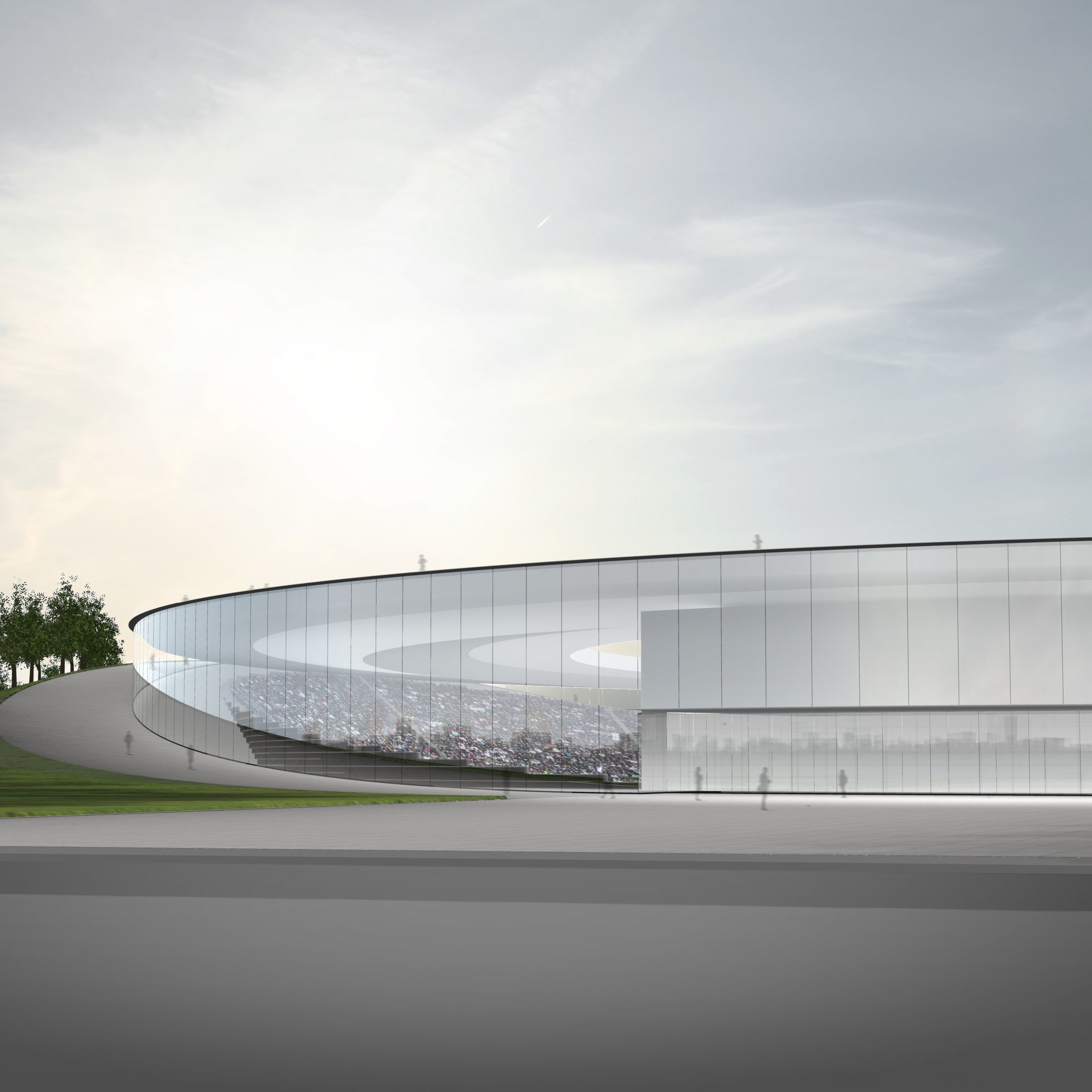 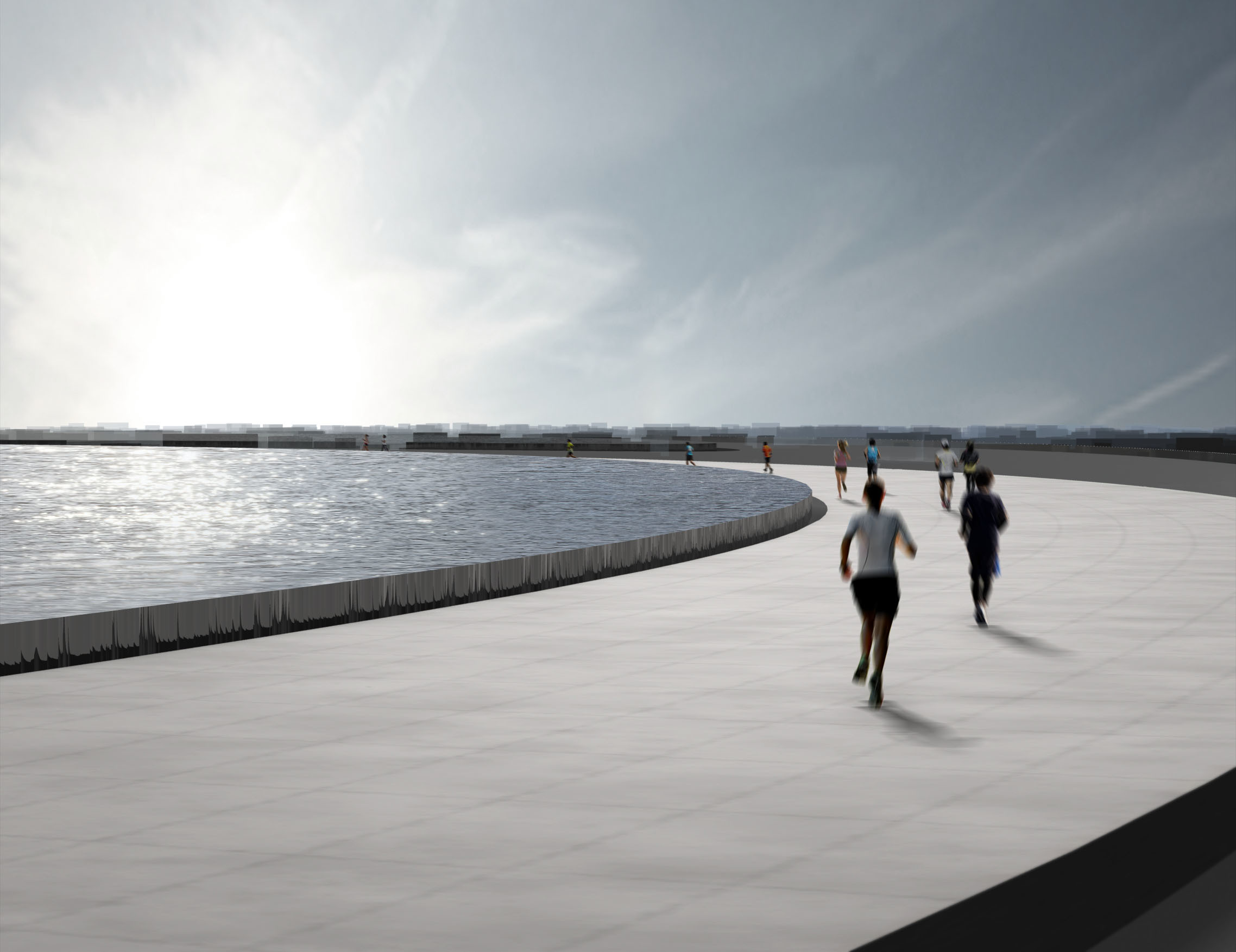 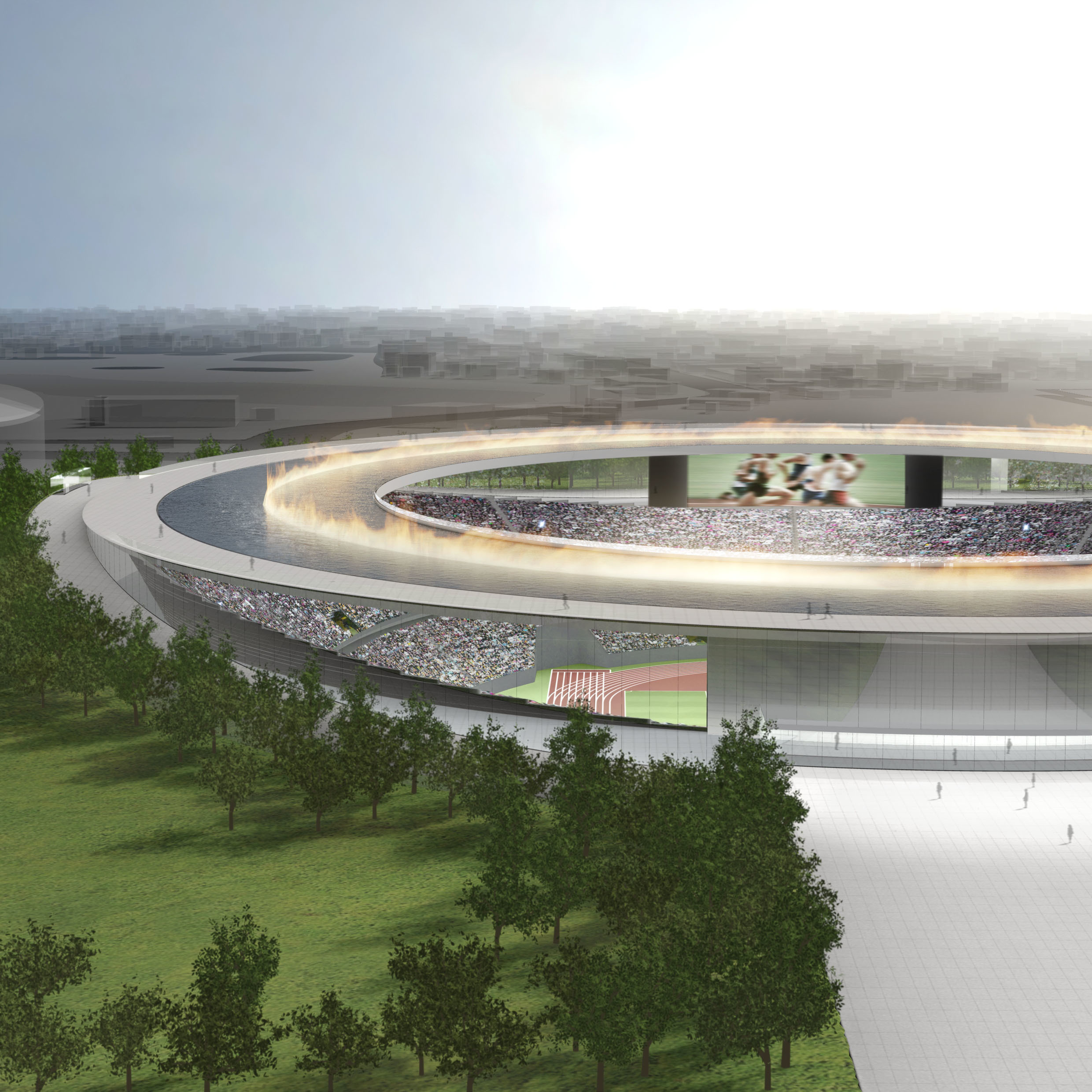