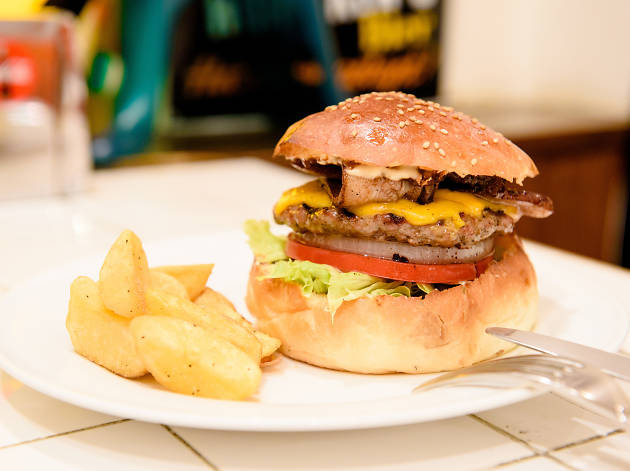 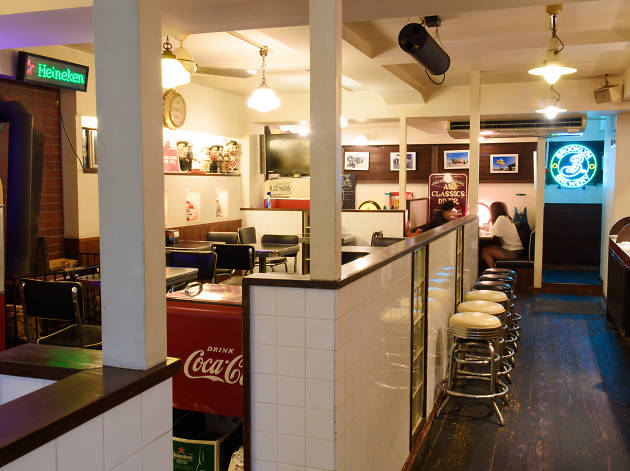 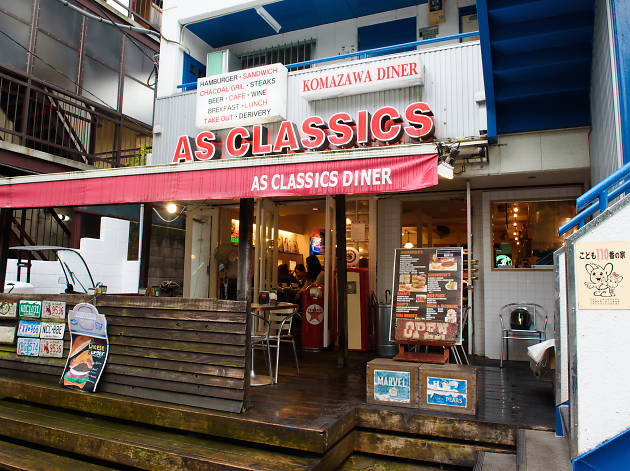 The Beach Boys are on the stereo, the staff wear baseball caps and big smiles, and there’s a vintage Coca-Cola machine at every turn. There are neon signs advertising Miller beer, rusty license plates from Louisiana and California, and black and white photos of old American gas stations. It’s safe to say that this is as close as you can get to 1960s America within a one-mile radius of Toritsu-Daigaku Station. AS Classics gets the key details right: it sells imported US drinks (including Brooklyn Beer and A&W root beer) as well as devilishly thick milkshakes, apple and pumpkin pies for the sweet-toothed, and a wide range of US diner staples including clam chowder, Cobb salad and meatloaf – in addition to Mexican dishes such as tacos and burritos.

Most people, unsurprisingly, come for the enormous burgers. It may be un-American to use a knife and fork, but these beasts are too big to hold without making a mess. All manner of extras for your burger are available, but it’s best to keep it simple so you can appreciate the flavour of the quality beef – a bacon cheeseburger is sizable enough, weighed down with tomato, onion and burger sauce. One bum note: the advertised french fries are in fact potato wedges, but for a good-value feed (burger meals cost around ¥1,200) and a shot in the arm of pure unadulterated Americana, AS Classics hits the spot.