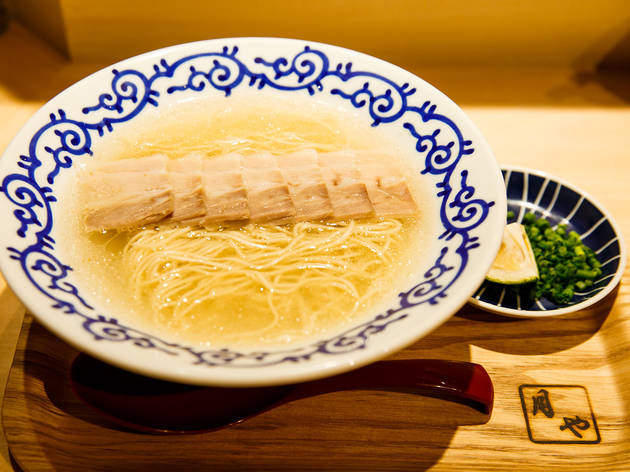 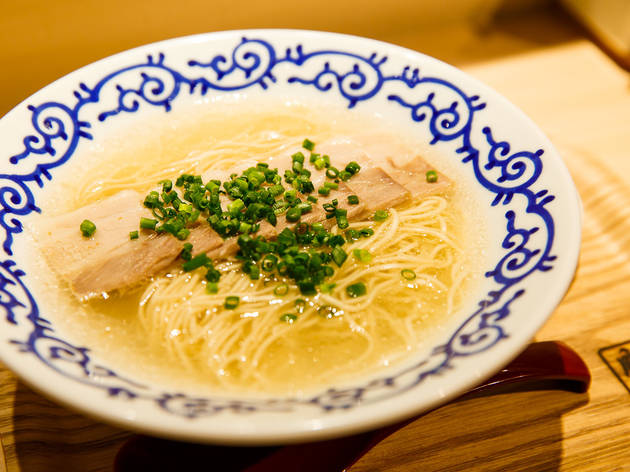 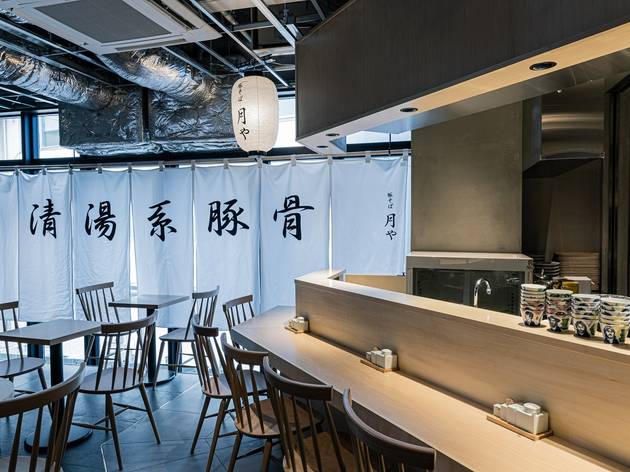 Hailing from the Hakata region of Japan, tonkotsu ramen is famed for its rich, cloudy broth made by boiling down pork bones for a significant amount of time. Fukuoka-born Buta Soba Tsukiya now has its first Tokyo branch inside Hiroo’s Eat Play Works food hall and is serving up a peculiar twist on this classic ramen.

Dubbed buta soba (pork noodles), the usually creamy tonkotsu pork broth is replaced with a light and refreshing soup that doesn’t compromise on flavour. To achieve this, the ramen specialist slowly simmer the pork bones rather than boiling them, and continuously skim the broth. The painstakingly long process results in an usually clear broth that is still packed with pure pork flavour.

The thin noodles are made with Fukuoka-grown flour and topped with thin slices of chashu pork. Green onions and a kabosu (Japanese citrus similar to a lime) wedge are served alongside each bowl, but you should try the broth as-is before adding in these toppings. As for the citrus, the shop suggests squeezing it with the rind side down towards the bowl so that the flavourful oils get released into the soup along with the tangy juices.

A basic bowl of buta soba goes for ¥800 and for an extra ¥100 you can get a bowl with extra chashu slices. Do note that the restaurant does not accept cash, so bring along a payment card – your transport IC card works, too.