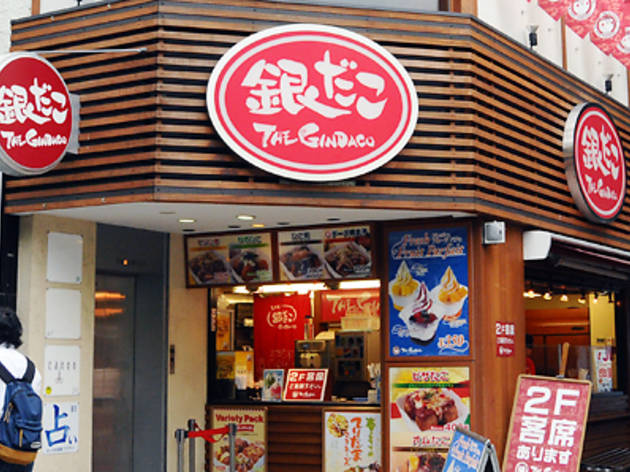 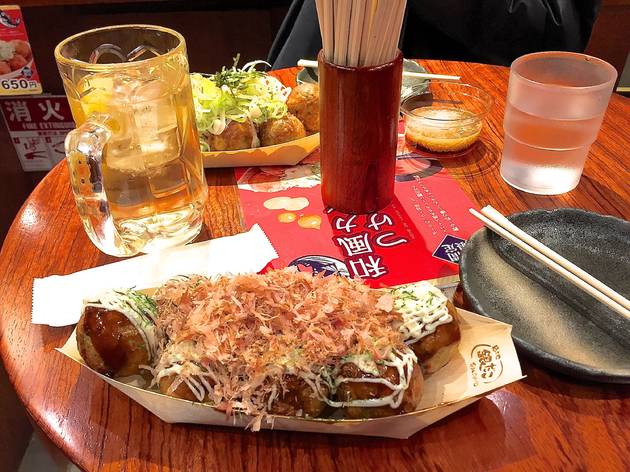 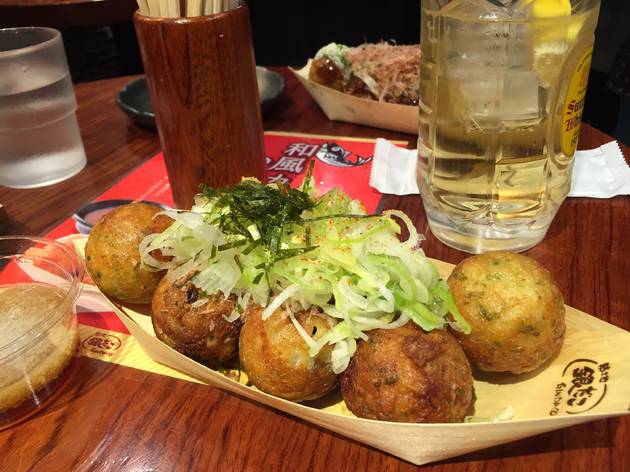 If you’ve not spotted a Gindaco yet, you’ve not been paying attention. This huge local chain has a hundred or so sites in Tokyo alone (300 or thereabouts in Japan), many of them clearly visible near the exits to train and metro stations. Such high footfall locations are usually inauspicious for those seeking good food, but Gindaco delivers with frankly terrific takoyaki (octopus fried in balls of wheat batter). These balls are made in cast iron griddles shaped a little like egg cartons, which allow the batter to be turned by hand into perfect spheres. Takoyaki originates from Osaka, but is now usually bought from yatai (street stalls) which cluster around parks, fairgrounds, and shrines on festival days. Gindaco have simply brought takoyaki indoors, and systematised the product with a slightly crisper shell than you’d expect from a yatai. The traditional, classic version contains small chunks of boiled octopus (tako) and costs a mere ¥550 for eight golfball-sized portions brushed with takoyaki sauce (a bit like Worcestershire sauce), squirts of mayonnaise, a sprinkling of dry aonori seaweed sheet, and then dried bonito flakes (katsuobushi) that wiggle in the heat like animated pencil shavings. Gindaco also make several slight variations on the original, all of them tasty. They're very much a stand bar though, with no seating, just high bar tables to rest your cardboard ‘boat’ on. If you fancy a drink to go with the dish, highballs (weak whisky-soda cocktails) are dispensed by tap and go well with the starchy fried food.