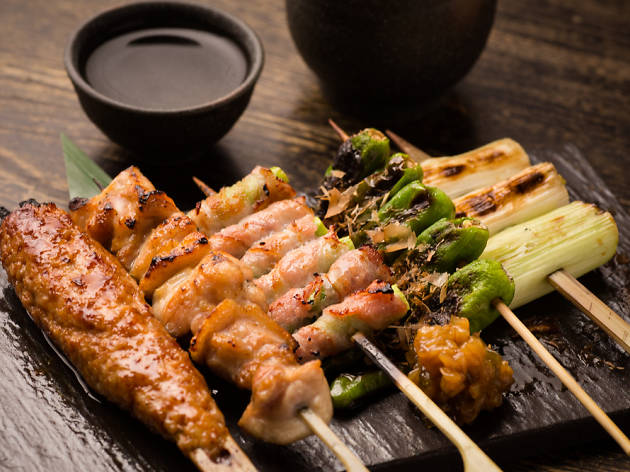 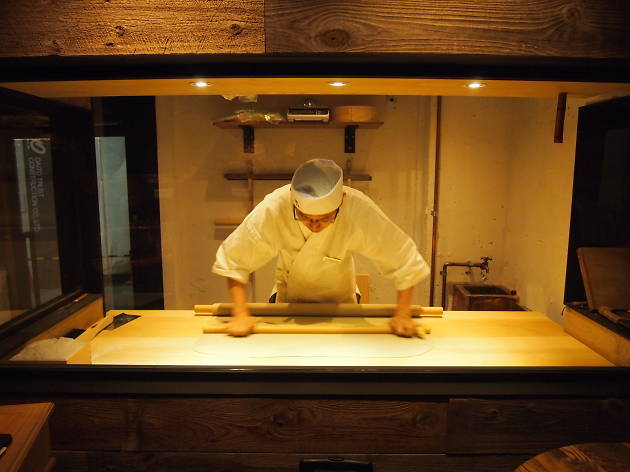 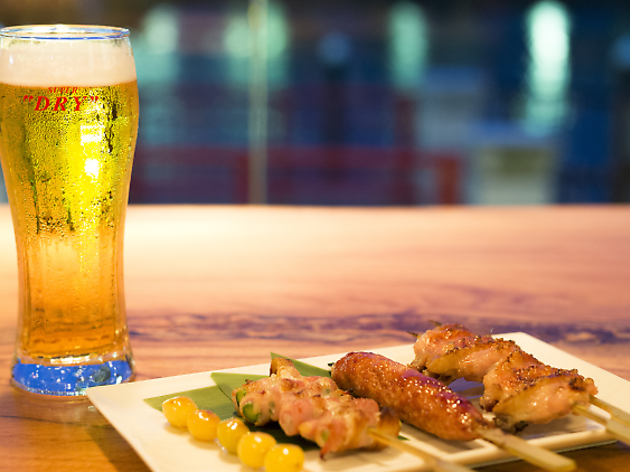 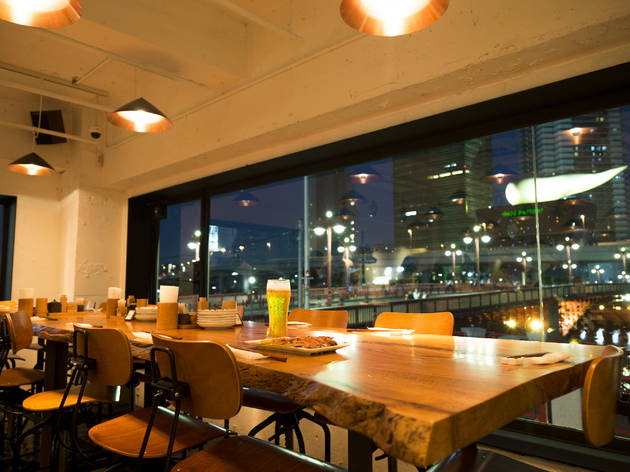 Famous as the restaurant that inspired Quentin Tarantino's Kill Bill (and as the place where George W Bush dined with ex-PM Koizumi), not many people know that Gonpachi is actually a small chain of restaurants, each with their own, distinctive theme and atmosphere. This one is their 11th in Japan and their first in tourist-heavy Asakusa, just a few steps away from the Kaminarimon and next to Azumabashi, with a great riverside view from the second floor.

At first glance, their menu focuses on pretty standard izakaya fare (some yakitori, some appetisers, some noodles), but the execution is definitely better than run-of-the-mill. It's also somewhat East-meets-West, with their Bagna Cauda having a kani miso dipping sauce instead of the traditional Italian anchovy-based version, and their fried shrimp dumpling coming with a salsa-esque topping. If you happen to like oysters, they also carry seven different types, including four domestically sourced varieties, which are all quite reasonably priced and – in a slight twist, again – come served with both lemon and soy sauce for you to choose from.

The Gonpachi folks place high emphasis on crafting everything from scratch: their soba is handmade in house every day, and if you're seated on the ground floor, you might have the chance to see one of the chefs in action, rolling out a massive slab of buckwheat-based dough and then expertly cutting it into thin noodles. It definitely adds to the experience. The same goes for their temaki – in the words of the head chef, most people already know nigiri, so temaki is the new thing to experiment with – which is made fresh to order on the second floor. It's also only available on the second floor: you might have to walk upstairs to get it, as they literally roast the nori laver in front of you on binchotan (Japanese white charcoal), to ensure it stays as crisp as possible.

The real highlight, however, is their Gonpachi Original Pudding, which is made with saikyo miso. With a crisp top layer, similar to crème brûlée, the entire thing is a rich pudding with a deeply satisfying savoury undertone; it was the main thing we remembered about our meal the next day. Even though it's a dessert, it goes with Gonpachi's underlying theme of 'health and beauty': they're looking to expand knowledge of the health properties of Japanese ingredients such as nori (which is a superfood, apparently; who knew?) and miso to an international audience.

The staff are keen to explain everything, and are well trained to offer good wine or sake pairings with your food – we'd suggest ordering a bunch of different items and pairing them with a selection from their extensive list of wines, sake and shochu. And have dessert.