The Nobody Knows project is running virtual tours of Japan

Written by Time Out. Paid for by GeidankyoMonday 1 February 2021
FacebookTwitterPinterestEmailWhatsApp
Advertising

Beyond its ancient shrines, towering landmarks and scenic landscapes, Japan is defined by a rich culture ranging from traditional crafts and vibrant festivals to performing arts and spiritual rituals. The Nobody Knows project aims to highlight these cultural properties by introducing people to the more rural areas of Japan where locals are working to keep this heritage alive.

While trips to join in-person tours to these historical areas might require some planning ahead, the project offers video tours online, so travel lovers can learn about these Japanese cultural practices from anywhere in the world.

In the first video of the series, viewers are taken on a pilgrimage to Mt. Oyama in Kanagawa Prefecture. Mt Oyama is considered sacred and has a long history of climbers making a spiritual journey to the Oyama Afuri Shrine located at its peak. The tour begins at the base of the mountain and viewers are taken along the same route that people took during the Edo period (1603-1868). During this time, the mountain saw up to a fifth of the Edo population make the pilgrimage each year.

Although it’s been generations since the first pilgrims made the climb, stories and legends surrounding the mountain have survived thanks to the locals who have inherited their family’s crafts and oral folklore to share with the world today. Along the ascent, there are souvenir shops selling toys and talismans traditionally brought to the shrine as offerings. One shopkeeper, whose family have been crafting wooden spinning tops for generations, explains that getting a top to spin is a sign of a good life ahead.

When the tour reaches the final stretch of 108 steps, you get a glimpse of the rituals behind a typical shrine visit. From observing the way visitors purify their hands before entering the shrine to the collection of a Goshuin stamp (proof of pilgrimage) after paying their respects, the online tour can also help you prepare for your next shrine visit.

The virtual tour ends at a teahouse, complete with an introduction to Edo-style performing arts by Japanese classical dance master Hanayagi Genkuro and shamisen player Kineya Katsujuro. As Genkuro explains the characters in the story of a pilgrimage, you get a clear idea of what life was like for the Edo townspeople, samurai and even ladies-in-waiting from Edo Castle who travelled these paths over two centuries ago.

Virtual tour 2: Tracing the origins of traditional theatre in Satsumasendai

The company’s second online tour, set in Kagoshima Prefecture (formerly the province of Satsuma), expands on this introduction to traditional performing arts with historical roots in the region thorugh a professional showcase. Satsuma flourished in the Edo period, when performing arts were valued as a means of expressing patriotism and spiritual worship – in fact, it was the birthplace of some traditional Japanese instruments and even helped establish the national anthem. Traditional dance is so valuable to the people of the area that even now, during the coronavirus pandemic, locals have been practicing an Iriki folk dance believed to ward off illness.

Four different Shinto ceremonial dances are featured in the programme, as well as discussions of the story and historical significance behind each dance. The showcase opens with the Iriki Kanme dance of Juninintsurugimai, with accompanying lyrics that are reminiscent of the Japanese national anthem, Kimigayo. The first guest speaker, Kakushin Tomoyoshi, is a master of the Satsuma biwa, a four-stringed instrument that was commonly played by the samurai of the area. He explains the reason behind the similarities and mentions that echoes of Kimigayo are also noticeable in the song Horaisan, which he subsequently plays on his biwa. 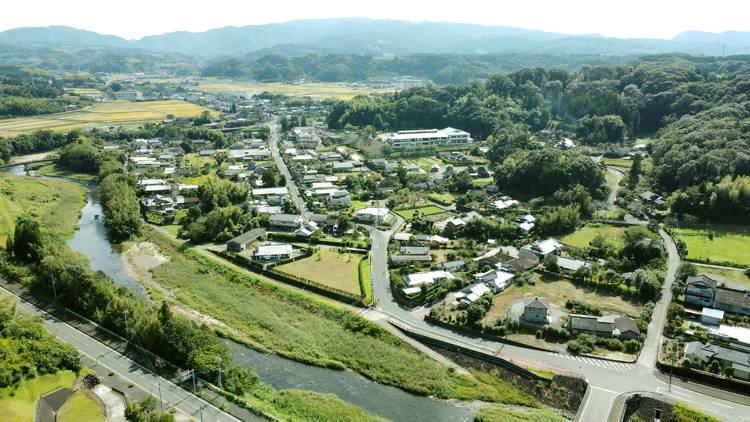 The biwa reappears in a later performance as part of a gagaku (ancient court music) ensemble.  As you listen, you are transported to the bygone days of the imperial court, when emperors and shoguns listened to the same chords played on traditional instruments. The power in the performances and the commitment the artists pour into their craft make for an awe-inspiring experience, even if it takes place online.

The Nobody Knows project also has more virtual tours planned for February, beginning with an in depth look at nature worship in Tsuruoka in Yamagata Prefecture. Highlighting the three sacred mountains of Dewa Sanzan, the tour explains the syncretism of Shinto and Buddhism as well as the practices of the Yamabushi (mountain ascetics). You will also learn about the ancient practices of nature worship as well as the vegetable-based cuisine known as Shojin-ryori, which reflects what the Yamabushi ate to sustain themselves during training in the mountains.

The later tours will be in Japanese only, but for a preview of what’s to come, the project has published a video conversation between a Shinto senior priest, a Noh performer and shamisen player from the region. English subtitles for the video will be made available in mid-February.  The power of the performances in each tour and the commitment the artists have to their craft makes for an awe-inspiring experience, even if it takes place online.