These Japanese pups are internet-famous, but there’s a lot more to Shiba Inu than their cute faces

Japan’s most iconic dog, the Shiba Inu is known for its adorable fox-like face, tan fur and curly tail. Inu means 'dog' in Japanese, while shiba is an archaic word for 'small.' Locals call them Shiba Inu or Shiba Ken, since the kanji can be read both ways, but often, you'll just hear them called Shiba. These Japanese native dogs have been around for hundreds of years and, despite being one of the country’s most commonly owned breeds, they’re still treated as special national treasures.

Shiba Inu aren’t just beloved in Japan, either – they’ve proven popular around the world for their cute and cuddly features. But these dogs are much more than a pretty face. Here are some interesting facts and history that you might not know about the Shiba Inu. 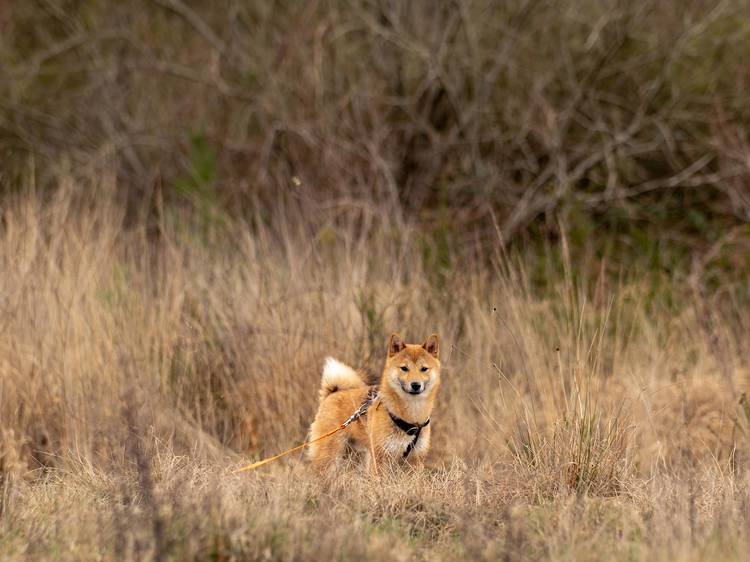 1. They used to be bred as hunting dogs

The Shiba Inu has a history dating back to the Jomon period (14,500 BC to 300 BC), when it’s believed early Shibas were originally kept as hunting dogs for their keen sense of smell and hearing. A Shiba Inu could catch small animals like birds and rabbits, and help hunt down boars and bears if necessary. 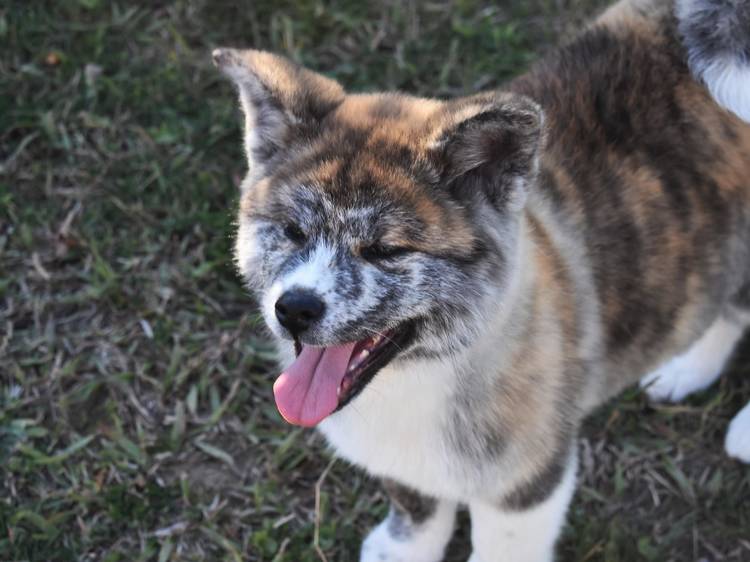 2. They’re one of the six official native breeds of Japan

Many people think of the Shiba Inu as Japan’s national dog, but the country has five other similar-looking native breeds as well: the Akita, Hokkaido, Shikoku, Kishu and Kai. They are all now officially recognised as native breeds by the Nihon Ken Hozonkai, the official association for the preservation of Japanese dog breeds.

The Shiba Inu is said to be one of the oldest and most popular of all six breeds, making up about 80 percent of the population of native dogs. 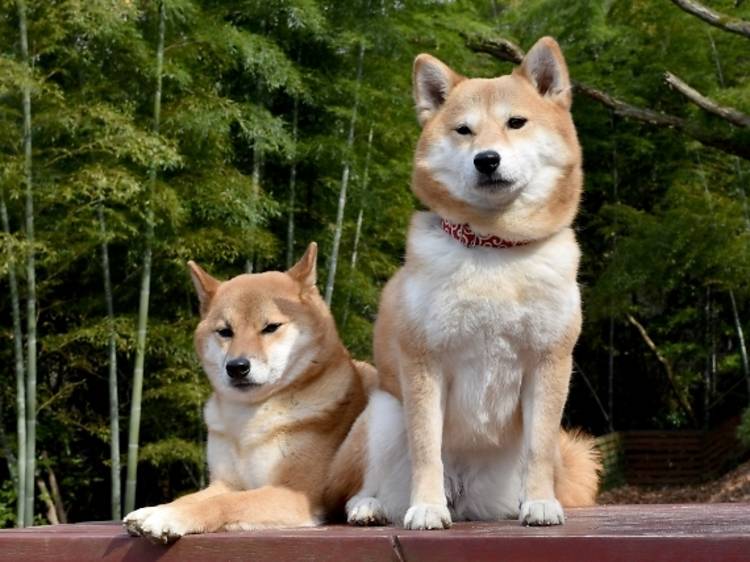 The Shiba Inu population had started to decline during World War II, and the breed was almost rendered extinct after the war due to a nationwide food shortage and an epidemic of canine distemper. After a preservation effort involving crossbreeding between the three remaining Shiba bloodlines, the breed was saved, meaning all modern-day Shiba Inu can trace their ancestry back to the dogs in that post-war breeding programme. 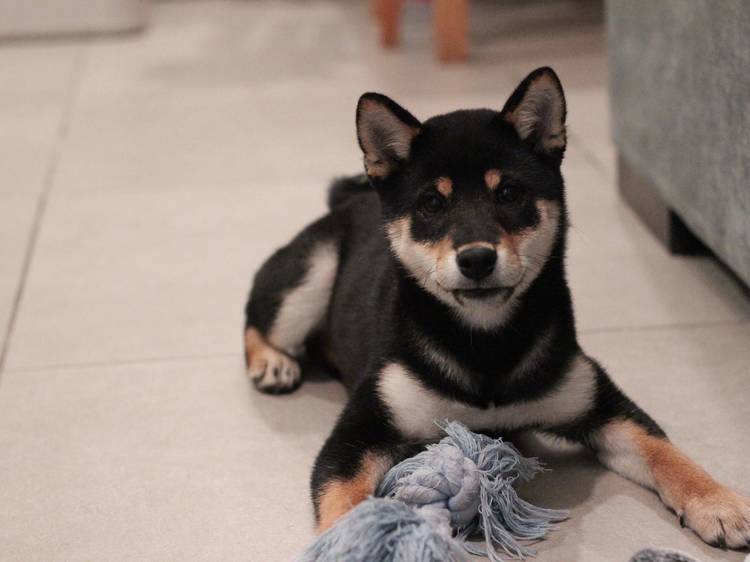 4. They come in four different colours

Aside from the traditional red-coloured Shiba Inu that you’re used to seeing, the dogs also can also be white, black-and-tan, and goma (sesame; a mixture of black and red). 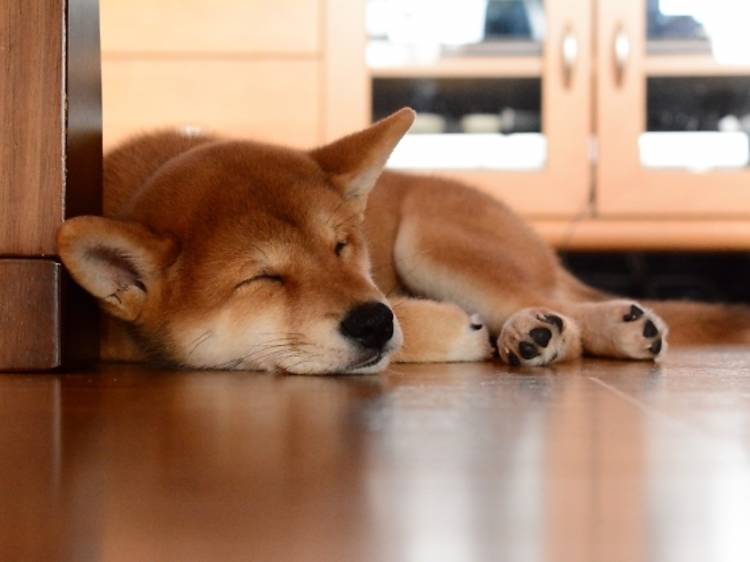 5. They have a cat-like personality

Despite their cute and cuddly appearance, Shiba Inu are said to have a personality more like a typical cat. Unlike other dogs, Shibas tend to be more independent, aloof and stubborn at times. However, they are still very faithful and loyal to their owners. 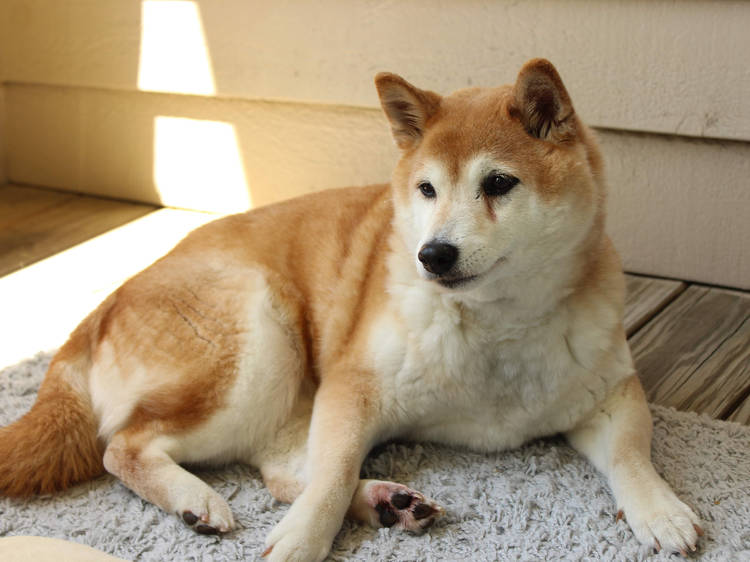 Pusuke, a Shiba mix from Tochigi prefecture, owned by Yumiko Shinohara, held the Guinness World Record as Longest Living Dog in 2010. He lived for an impressive 26 years and eight months, which is almost double the average life-span of a Shiba Inu. 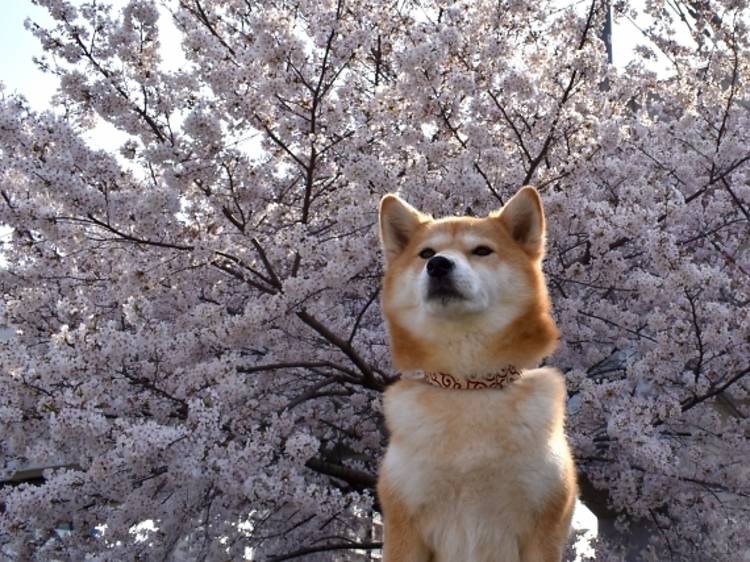 7. In 1936, the Shiba Inu was recognised as a national treasure of Japan

In the early 20th century, most dogs in Japan were crossbreeds with non-native dogs. After a preservation effort by the Nihon Ken Hozonkai, the purebred Shiba Inu was suddenly in the spotlight. All the attention culminated in an official designation of the breed as a living national treasure of Japan in December 1936. 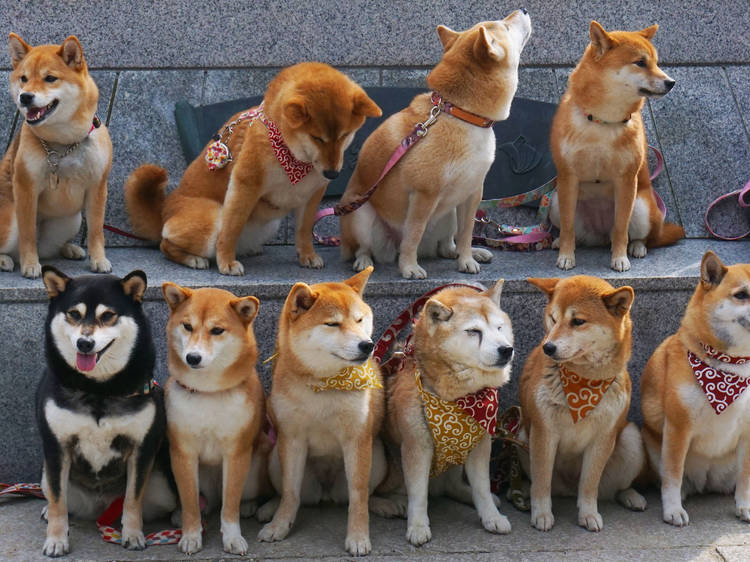 8. There are other types of Shiba Inu

In Tokyo, we usually come across the standard Shiba Inu and its very close relative, the Shinshu Shiba. Most people wouldn’t even be able to tell the two apart, but did you know that there are other, more distinct subtypes of Shiba Inu found in other prefectures?

The Sanin Shiba has a much slimmer figure with a less curly tail, and is native to the Tottori area. The Mino Shiba comes from Gifu prefecture and is easily distinguished by its dark red-and-brown coat and smaller build. Both are extremely rare – only about 520 Sanin Shibas and 170 Mino Shibas are believed to exist today – but local breeders are working hard to preserve these special dogs. 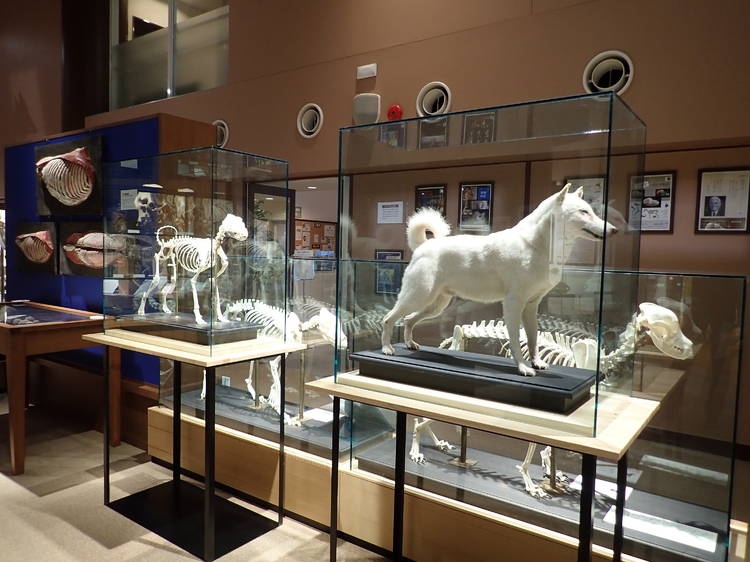 9. You can see the Shiba Inu’s ancient ancestor in Sagamihara

The oldest dog bones in Japan come from the prehistoric Jomon period and have been found in Kanagawa and Aichi prefectures. It’s believed the bones come from the ancestor of the Shiba Inu, named the Jomon Shiba.

Based on what scientists believe the Jomon Shiba looked like, some breeders have started a project to re-create Jomon Shibas by carefully breeding modern-day Shibas, producing a dog with a distinctive long snout.

Only around 300 of these new Jomon Shibas exist as of 2018, but you can see one for yourself at The Life Museum at Azabu University in Sagamihara. The display includes a taxidermy of a modern-day Jomon Shiba alongside its skeleton, so you can see how similar these replica dogs are to their prehistoric inspiration. 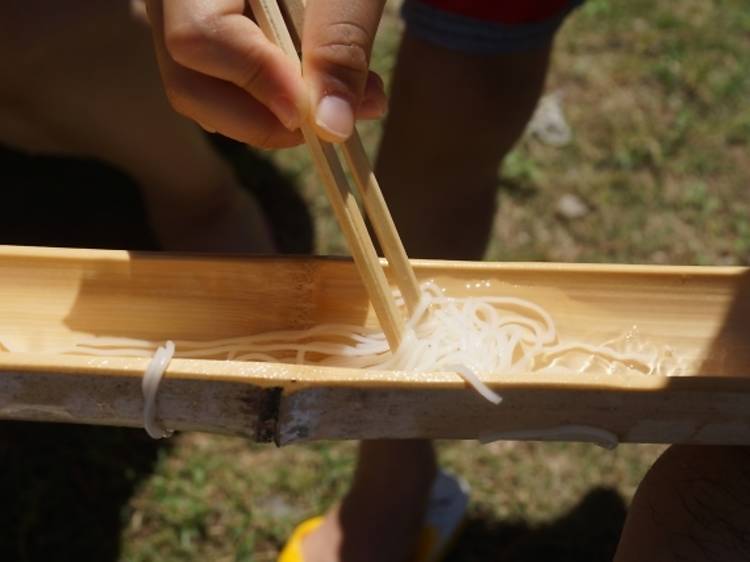 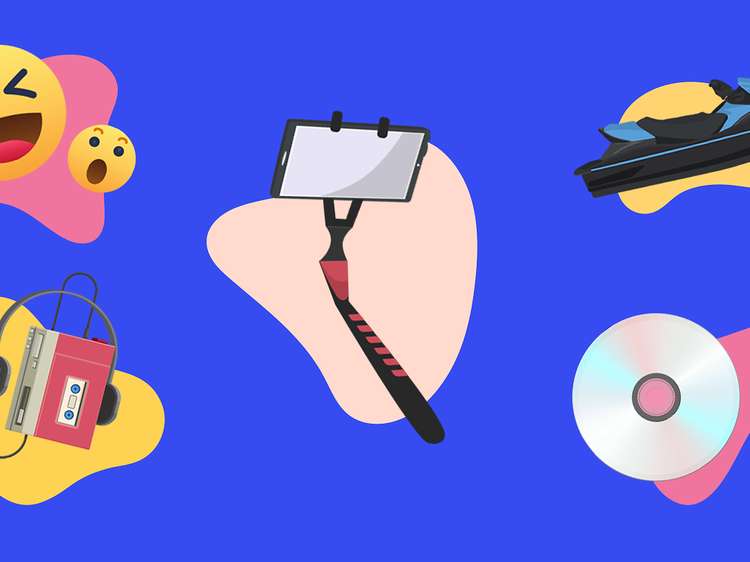 10 things you didn't know were invented in Japan

From pop culture icons like the emoji to technology staple like flash memory, Japan has changed the world profoundly 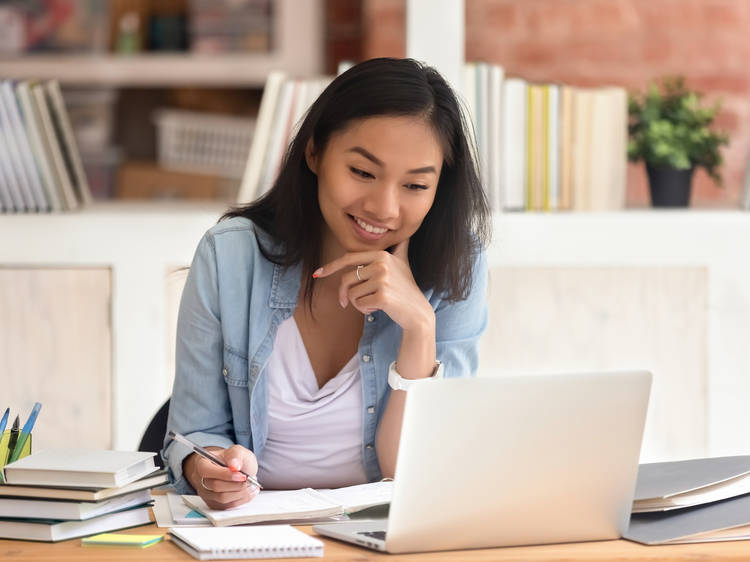 Online courses about Japan you can attend for free