Time Out New York’s four-part journey through Japan’s Tohoku region kicks off in Aizu, a place of big history and big flavours

Even before the train drops you at Aizuwakamatsu Station, you will have heard about the tonkatsu. It is the specialty dish of this historic town – a scenic zip north from Tokyo on the shinkansen, with a switch to a more leisurely ride at Koriyama.

Duck into just about any restaurant in the city, the biggest in the region of Aizu, and you will discover an expert take on the panko-crusted pork dish that will make you forget every shopping-mall version you’ve endured. We choose Tontei (1-11 Tenneijimachi, Aizuwakamatsu, Fukushima; 0242 27 2191), where three crunchy slabs of outrageously juicy pork, drizzled in a sour and spicy sauce, render us speechless for the best part of half an hour. Sorry: Can’t talk – eating. 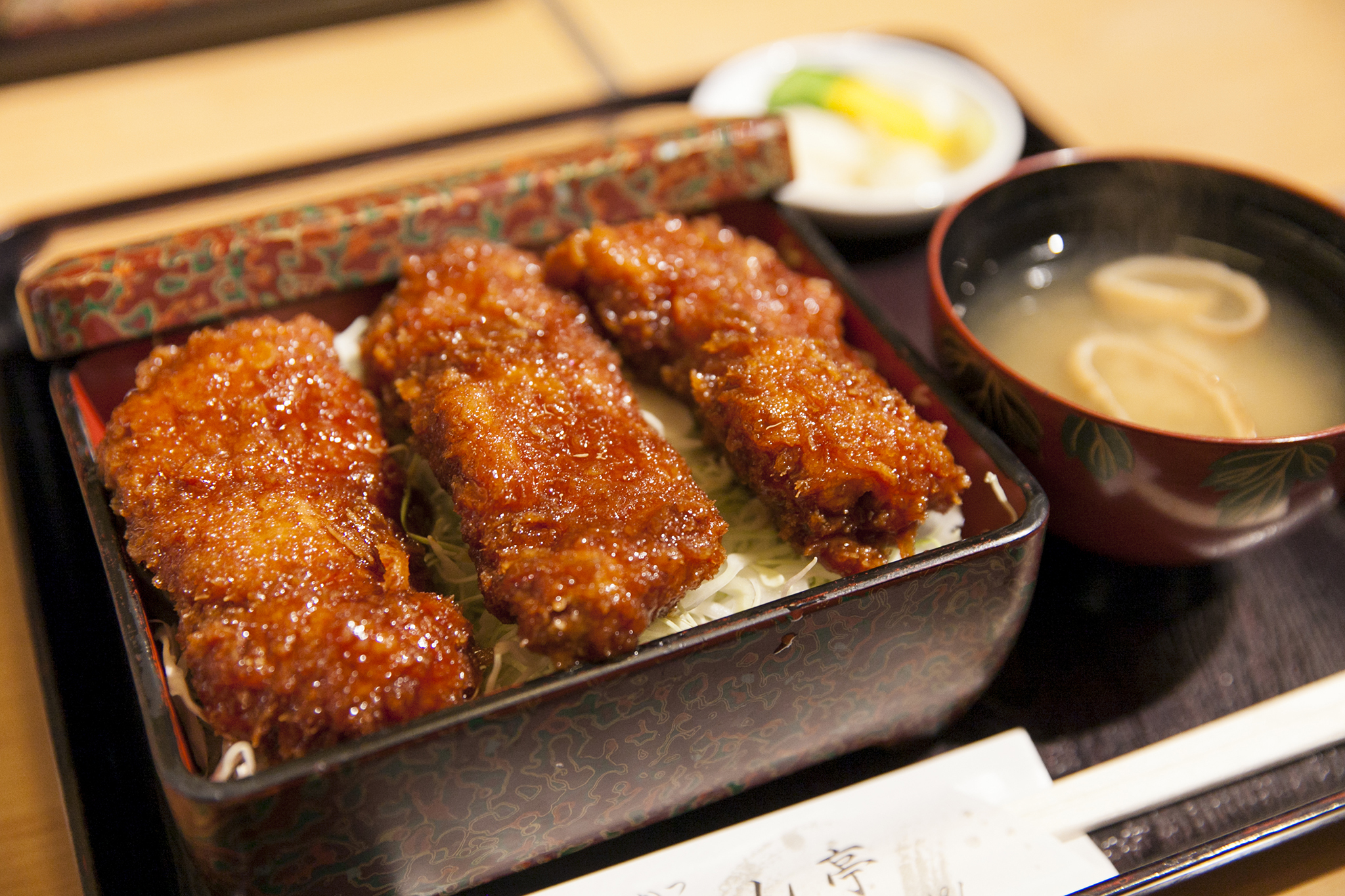 The delights of Aizu go beyond the culinary (though those are many). Japanese and international tourists flock here to soak themselves in mineral-rich hot springs, dive into the history of the samurai and walk through scenes frozen in time since the 1600s. The wildly popular 2013 historical TV drama Yae no Sakura (Yae’s Cherry Blossoms), filmed in the area and centred on a kind of local Joan of Arc figure, has given them even more reason to visit. 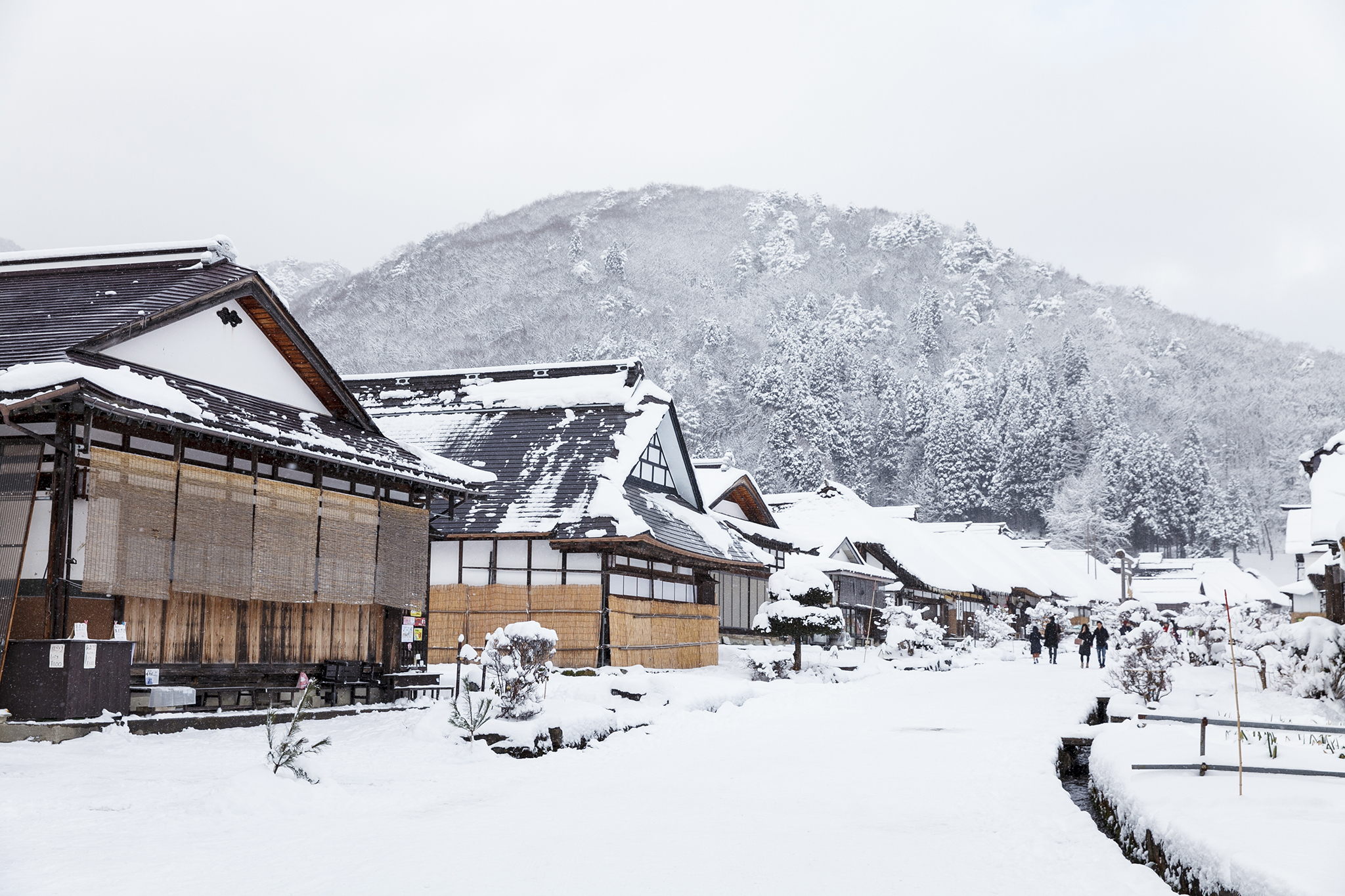 The area sits at the westernmost edge of Fukushima Prefecture, part of the Tohoku region that covers the northern third of the island Honshu. Tohoku was the region most devastated by the 9.0-magnitude earthquake and subsequent tsunami that hit northeast Japan on March 11, 2011, and includes in its span the Fukushima Daiichi Nuclear Power Plant, the site of meltdowns and chaos in the months following the disaster. Today, that plant sits surrounded by a no-go zone more than 75 miles from Aizu, where signs of a region on the up are everywhere, and ancient history fascinates more than modern.

The centrepiece of Aizuwakamatsu is Tsuruga Castle (1-1 Otemachi, Aizuwakamatsu, Fukushima; 0242 27 4005, tsurugajo.com), built in 1384, demolished in 1874 and reconstructed 50 years ago. The main tower, a 118-foot pile of very Instagrammable pagodas, functions as a lookout and museum. Winding your way up, you explore the history of the feudal lords who ruled Aizu, see weapons crafted by local swordsmen and learn the fascinating story of the Byakkotai (white tiger force), a group of 20 teenage samurai who committed suicide on a nearby hill during the Boshin War believing, wrongly, that the castle’s defences had been breached. 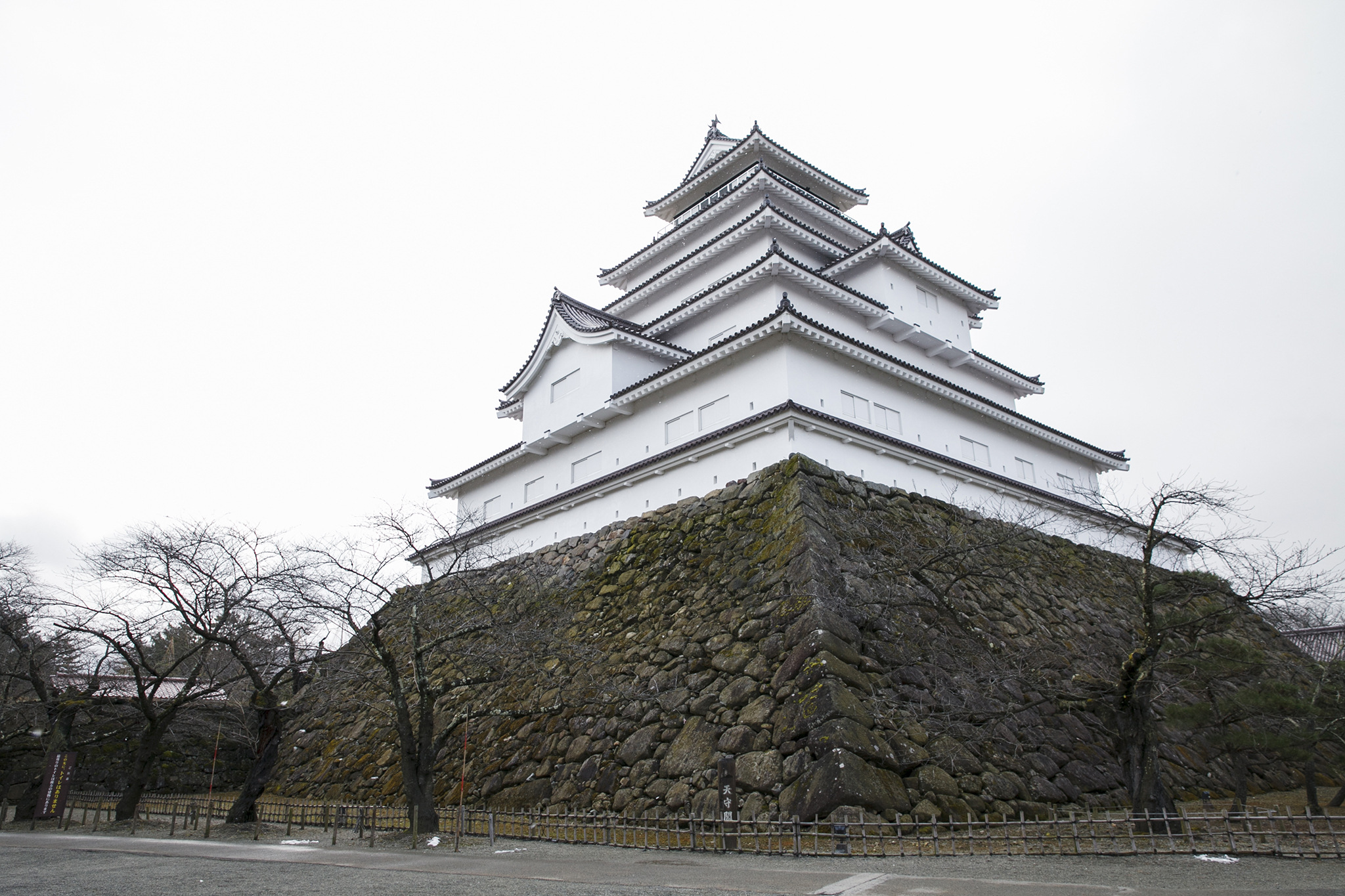 If Tsuruga whets your appetite for history, you’re well-served in the region: the Aizu Bukeyashiki (1 In-nai, Ishiyama, Aizuwakamatsu, Fukushima; 0242 28 2525, bukeyashiki.com), a reconstruction of the residences of the area’s former samurai, offers an immersive look at how the warriors lived, while Ouchi-juku (Shimogo-machi, Minami-Aizu-gun, Fukushima) is a postal village built in 1640 that features thatched houses not changed since the Edo period (1603–1868). 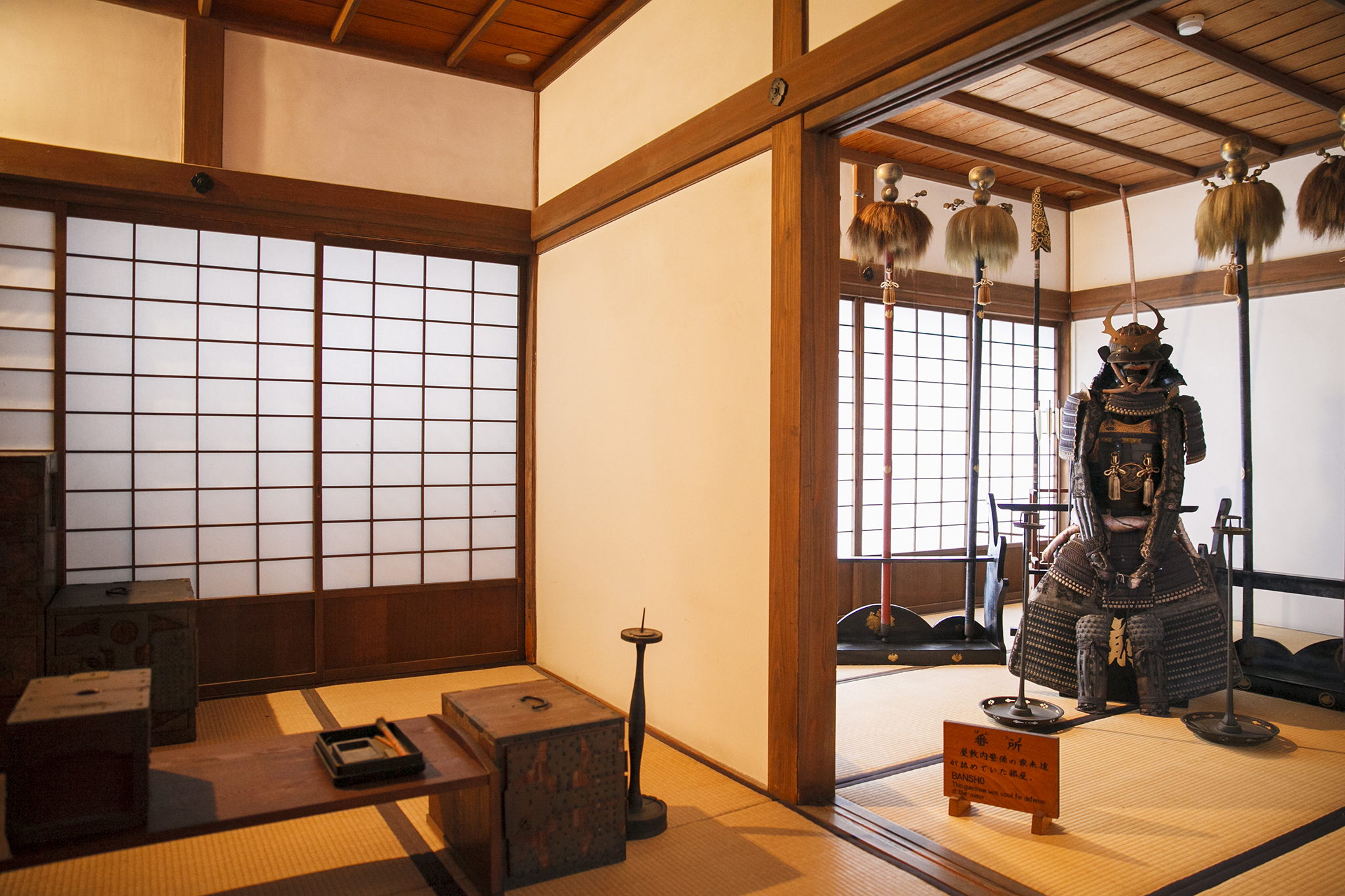 Dating back to before Edo is the tradition of bathing in onsen, and for the full back-in-time experience, you’ll want to book into an onsen resort for the night. Shosuke no Yado Takinoyu (108 Takinoyu Higashiyamamachi, Aizuwakamatsu, Fukushima; 03 4577 1947) sits 10 minutes from Aizuwakamatsu Station and features indoor and outdoor baths overlooking the spectacular Fushimi Falls. Stay in a traditional room, slip into your (supplied) traditional robe, and join the throngs of Japanese visitors wandering the hallways to and from the baths from early morning to late night.

The inn is just a short cab ride to Aizu Kyodoshoku Tsuruga (4-21 Higashi-Sakaemachi, Aizuwakamatsu, Fukushima; 0242 29 4829), an ultra traditional restaurant with a menu of dishes that might prove challengingly exotic for some – yes, that is horse sashimi – along with crowd-pleasers like a thick slab of barbecued tofu slathered with a sweet pork-mince paste. It will be one of the finest meals of your life – or, at least since your tonkatsu lunch. 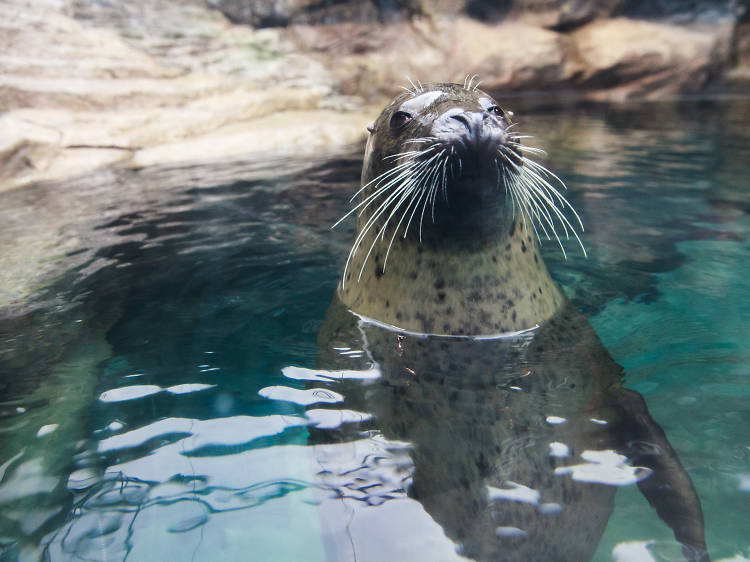 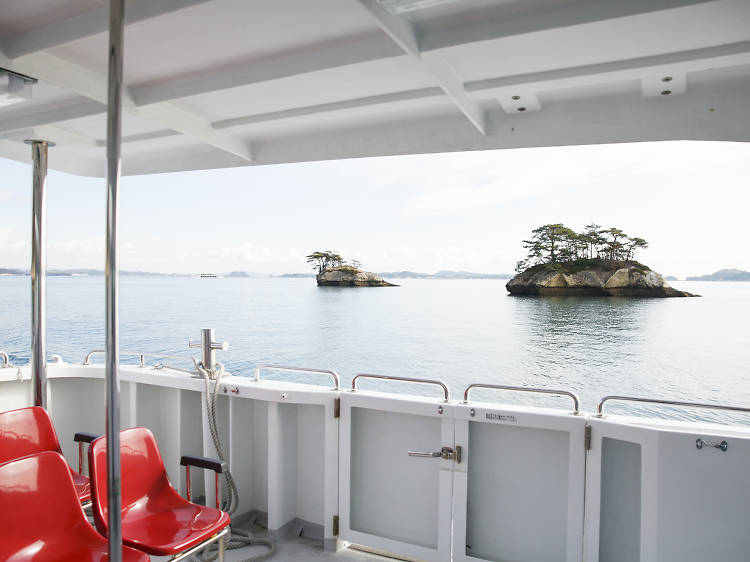 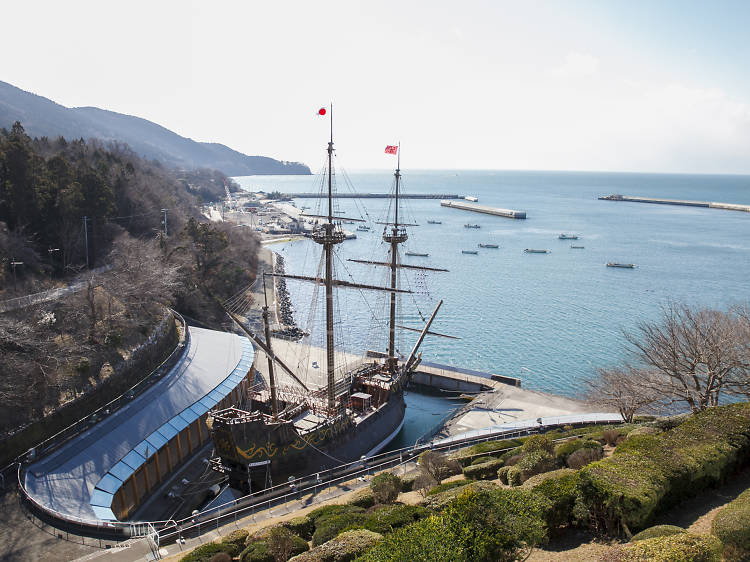