The 12 best vineyards in the UK

The UK isn’t usually the first place that people think of when it comes to wine. Way above the UK in that hierarchy are countries like France, Italy, Spain, New Zealand, Chile and Australia.

It makes sense. For one, the UK’s climate isn’t the most hospitable for grape vines. And geographically speaking, there are only really a few areas of the nation with enough space for the grapes to thrive and eventually turn into something drinkable. That being said, there are still some brilliant vineyards and wineries in the UK – and plenty that will transport you so you feel like you’re much further afield.

From natural-leaning producers in East Sussex to bucolic vineyards set against the backdrop of Snowdonia, these are some of the very best vineyards in the UK that are really worth visiting.

Best vineyards in the UK 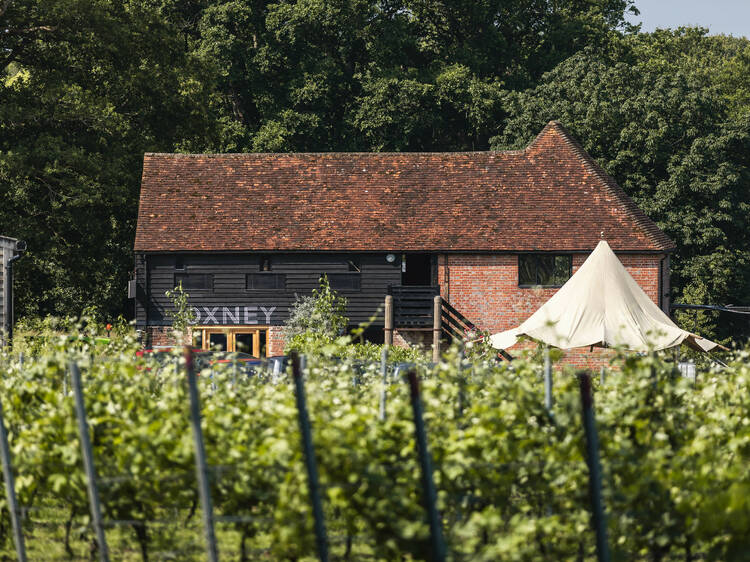 Rye is to the English wine community what the Napa Valley is to California. Sort of. Oxney Organic Estate is a winery and vineyard near the town that also happens to be the largest single-estate producer of English organic wine – not just in that region but in the entirety of the UK. Blessed with 35 acres of vines, Oxney is a wine lover’s paradise and a great place to have daydreams about one day starting your own little vintage. Weary travellers can stay and experience the local terroir for themselves by spending a night in one of Oxney’s on-site shepherd’s huts – something that’s probably recommended after you’ve nailed a couple of bottles of plummy pinot noir. 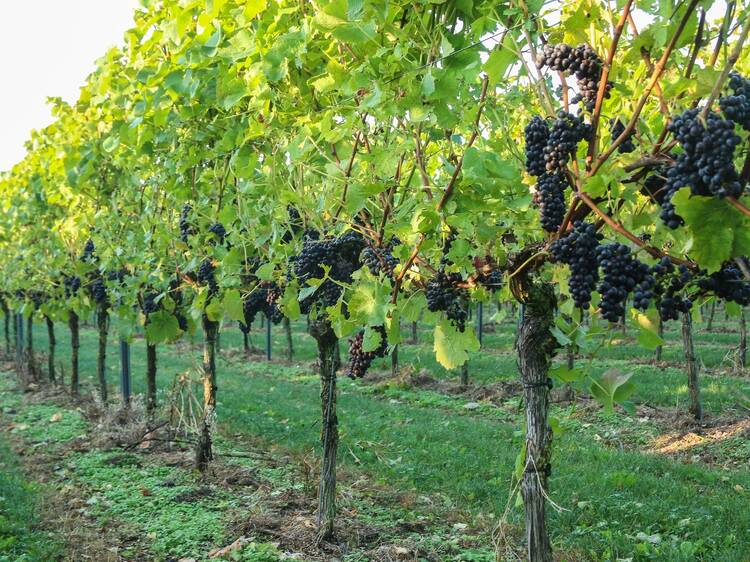 The sparkling produced at this Dorset-based vineyard is perfect for a ‘pop the cork it’s New Year’ celebration. All the classic Champagne grape varieties (Chardonnay, Pinot Noir and Pinot Meunier) are grown at the vineyard and the low-intervention approach they take to harvesting and making each wine is what makes it so unique. It’d be easy enough for the winemakers at Langham Wine to pump their crops with pesticides but – by committing to a cleaner, greener process – they’ve created a range of sparkling wines that have a strong sense of terroir. This is what Dorset tastes like. 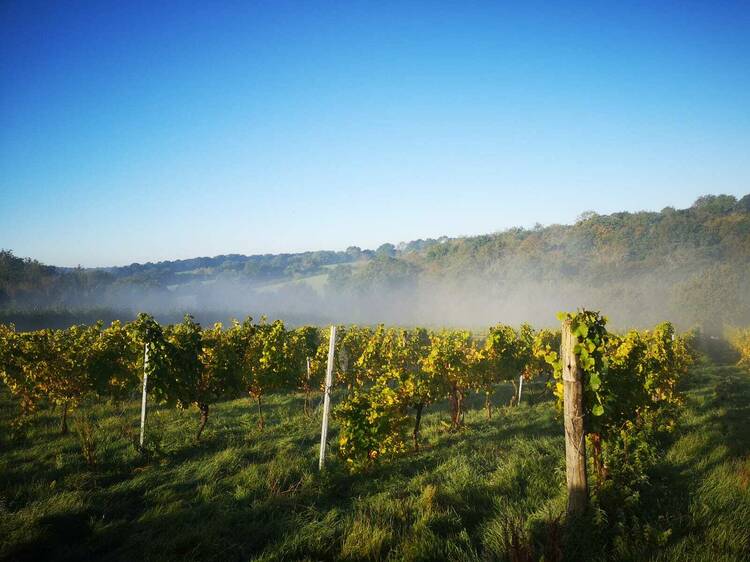 Davenport Vineyards have organic vineyards in Kent and Sussex. Owner Will Davenport has been on a mission to promote sustainable winemaking practices since he first started planting grapes in 1991, and the results of those years of toil have been extraordinary. The combination of traditional techniques and modern equipment has led to the creation of some truly stunning bottles of wine, and Davenport’s English white is a prime example of that. Made from a variety of grapes, it’s a zippy, summer-friendly sipper. Everything Davenport produces is organic, certified by the Soil Association and completely safe for vegan consumption.

Set against the gorgeous backdrop of Snowdonia, Gwinllan Conwy is one of Wales’s most lauded vineyards. For good reason, too. The wines they produce have won a range of prestigious awards on both a domestic and international level. It’s the grapes themselves, though, that might just be the most interesting thing about Gwinllan, with deep cuts like Solaris and Rondo making up the backbone of the 3,000 vines spread across three acres of Welsh landscape. There are plenty of traditional grapes planted as well – all of which are transformed into some stellar bottles of wine by Gwinllan’s dandy winemakers. 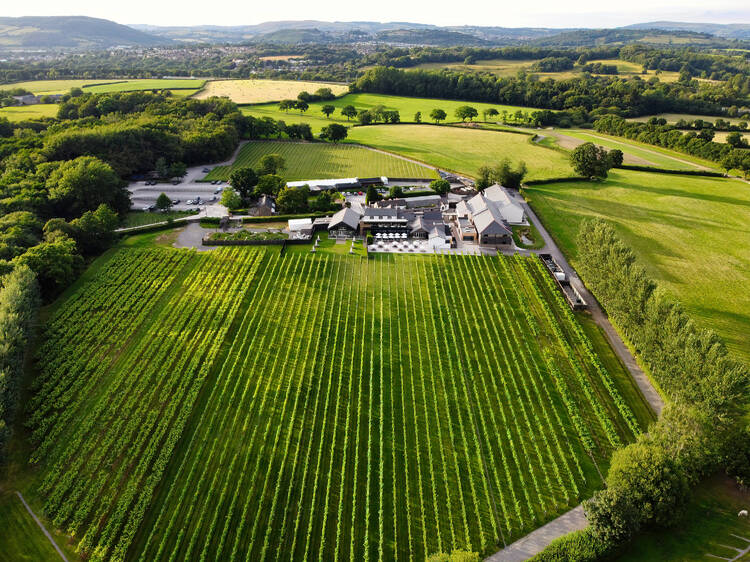 It might be located in the peace and quiet of the Welsh countryside but one of the other many benefits to visiting Llanerch Vineyard is that it’s also only about a half-hour journey from Cardiff. That accessibility is pretty important when you consider how remote some other vineyards in the UK can be. This vineyard is the oldest in Wales and produces the grapes for a range of wines that span from off-dry white to sparkling blush. Extremely drinkable stuff. 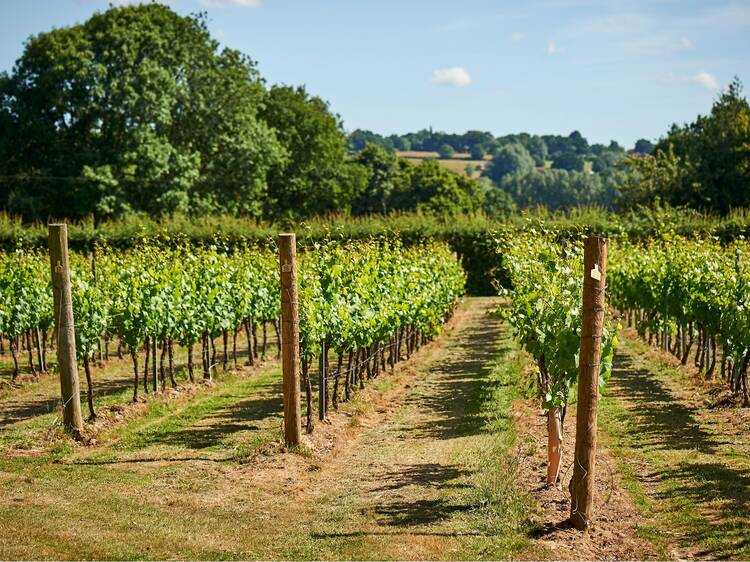 Chapel Down is probably the most well-known wine producer in the UK. This Kent-based vineyard has won numerous awards throughout the years and its product is regularly exported and used to represent England’s terroir on international wine lists. The guided tour is a lot of fun and it helps that the wine is great, too. Grown on the chalky North Downs of Kent, Chapel Down’s sparkling and still wines have got a distinct flavour profile that rocks the boat just the right amount. Book yourself on the comprehensive tour and you can witness the grapes’ journey from the vine to the bottle. 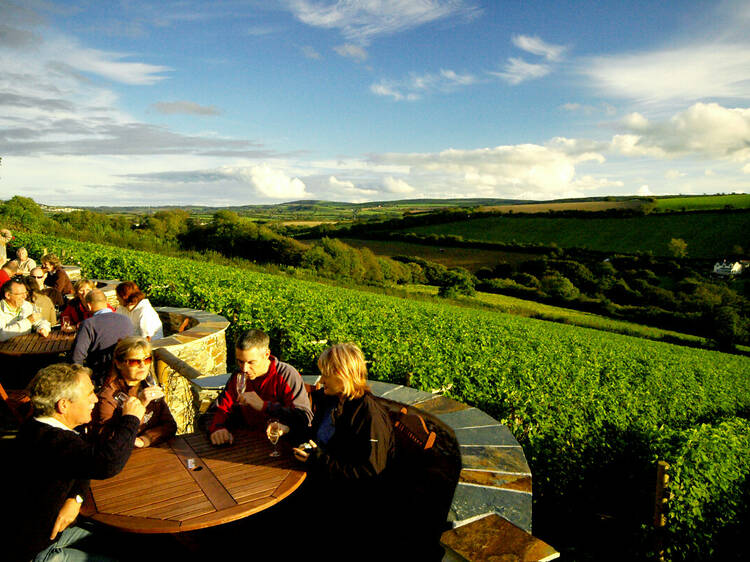 I don’t know about you but the thought of ever getting into business with my family sounds like hell on earth. Thankfully, that doesn’t seem to be the case for the Lido family who run the Camel Vallery vineyard and winery in Cornwall. Having produced high-quality wines since 1989, Camel Valley has only gone from strength to strength over the years. From a fresh and fruity Bacchus to a crisp and strawberry-y Pinot Noir rosé, all of the wine here is worth adding to your cellar. The guided tours are an excellent way to see what Camel Valley is all about.

Producing a range of unique, sustainably-minded wines that come with extremely Instagram-friendly labels, Westwell Wines might be one of the relative newcomers to the UK wine scene but they’re already making a good deal of noise. Fermented in stainless-steel tanks so as not to impact the natural terroir of the wine, their Ortega is on the wine list at a number of trendy restaurants and it’s not hard to see why. The guided tours and tutored wine tastings are perfect for wine newbies and experienced drinkers alike. 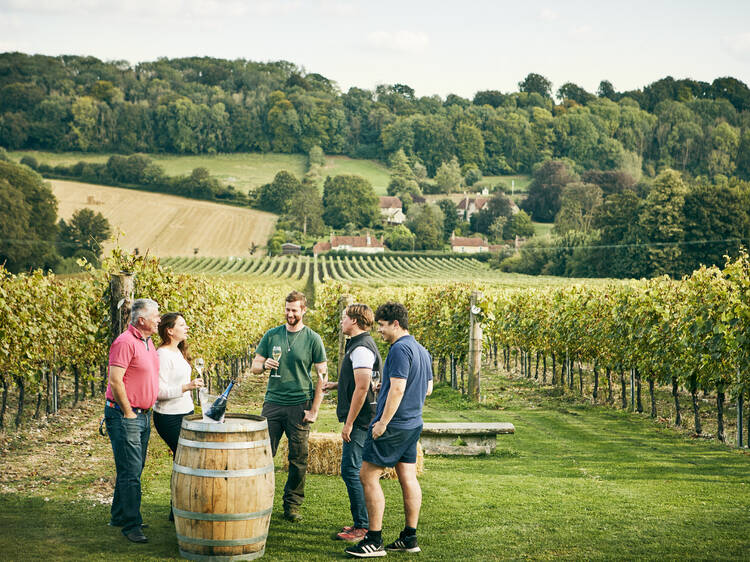 As England’s oldest commercial vineyard, Hambledon Vineyard has been flying the flag for English fizz for a number of years. This family-run institution might be old guard but it’s still full of new ideas. The pop-up restaurant at the vineyard is a lovely touch and the opportunity to book a tour and explore a proper part of British history is a big part of Hambledon’s charm. These lot aren’t going anywhere anytime soon. 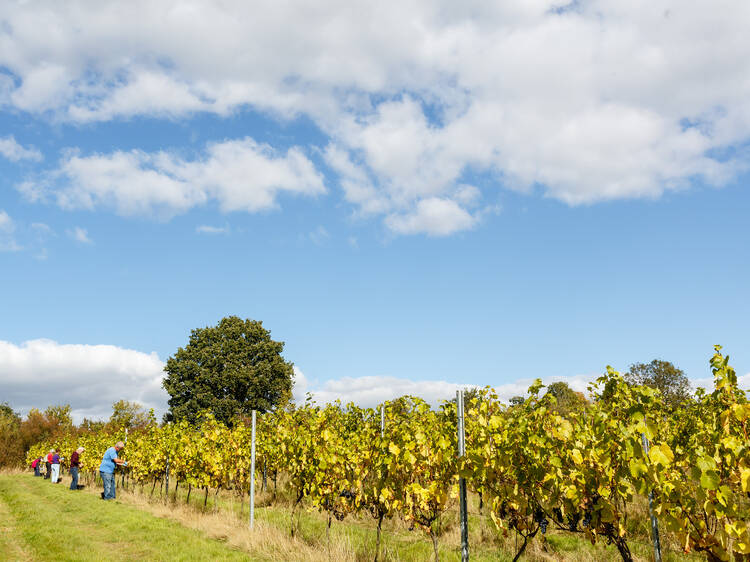 Yes, London has vineyards, too. This social enterprise, which produces both still and sparkling English wines, is largely run by volunteers. It’s the first commercial-scale vineyard in London since the middle ages (!) and an excellent showcase of why you don’t need a huge amount of space to make something truly special. Ten acres of vines are all that Forty Hall Vineyard has to make its wine but they’ve been punching well above their weight with every consecutive vintage. Not only can you take a tour of this well-meaning vineyard but you can even volunteer to help out on the land.

It’s hard not to be smitten by this winery and vineyard in East Sussex. Tillingham Winery specialises in natural wines (with many of them aged and fermented in traditional clay qvevri) and is definitely one of the newer kids on the block when it comes to the English wine scene. Set among 70 acres of green hills and woodlands, Tillingham is about as scenic as it gets, and the fact you can see the sea from the premises is the cherry on top. Well, that and the capable restaurant and rooms they’ve got attached to boot. A unique vineyard that’s had a lot of love put into it. 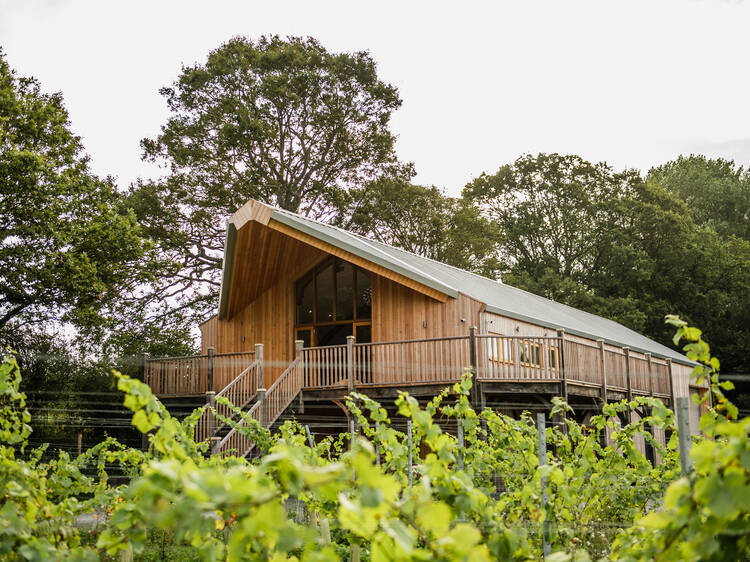 The Oastbrook Estate vineyard is an attractive patch of Sussex countryside to while away a few pleasant hours on a hot and sunny day. Come for an information-packed tour of the winery that concludes with a tasting of some of their top-notch wines, stay for a night in the Hobbit House. Yes, that’s exactly what you think it is: a cosy hideaway located in the vineyard that looks like it’s been ripped straight from the pages of J.R.R. Tolkien. It’s the sort of gaff that Frodo would look to settle down in after trekking all the way home from Mordor. And with enough Pinot Blanc inside of you, you might just think you’ve been transported to Hobbiton yourself.