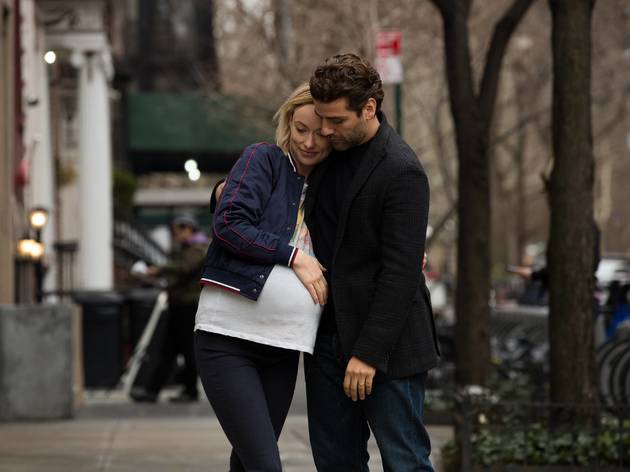 Something borrowed and blue, writer-director Dan Fogelman's heavy-handed tragedy plays like a sad copy of movies you'd rather be watching instead.

There’s an unwritten rule that new movies should never remind the audience of better films from the past, but apparently no one told writer-director Dan Fogelman. He peppers the first portion of Life Itself with gratuitous shout-outs to Pulp Fiction, which serve only to shame his own time-jumping saga of interconnected personal drama. The Fiction echoes further encompass a self-conscious Samuel L. Jackson cameo and loads of playful profanity (such as a dog named “Fuckface”), the latter of which feels like Fogelman reveling in naughty words that he can’t use on his TV hit This Is Us. Overall, his movie feels like an entire season of that show compressed into two frustratingly uneven hours of tearjerking and grief porn.

The initial chapter—yes, it’s told in chapters—centers on Will (Oscar Isaac) as he deals with abandonment by his beloved wife, Abby (Olivia Wilde). Especially awkward, it piles tragedy upon tragedy to the point where the viewer is reeling worse than poor Will; it pounds you with sledgehammer-subtle messaging in both dialogue and voiceover. After a jump forward in time to observe Will and Abby’s sullen college-age daughter (Olivia Cooke), the scene switches to a Spanish olive plantation where a woman (Laia Costa) is torn between her husband (Sergio Peris-Mencheta) and a handsome benefactor (Antonio Banderas). Here, the movie finally slows down and lets the drama breathe, unencumbered by the need to make Statements.

Alas, the assorted threads must eventually be tied up into one great big feel-good bow, with the narrator (whose identity is finally revealed) making absolutely sure we understand all of the metaphors thrown at us during the preceding 100 or so minutes. Lacking the grace and humor of the Fogelman-scripted Crazy Stupid Love, Life Itself gives its talented cast occasional affecting moments, but its thesis—life is full of pain that must be endured—is ultimately reflected by the experience of watching the film itself.