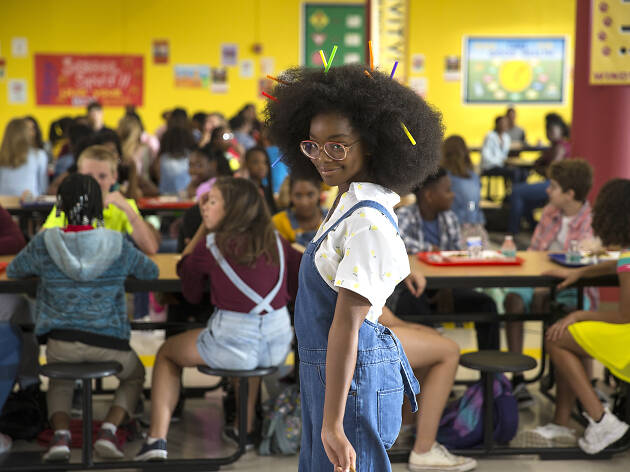 A familiar body-swap setup is partly invigorated by committed turns from a talented cast.

On the heels of the gleeful Shazam!, the old-fashioned delights of body-swap comedy turn up again in director Tina Gordon’s Little, the lovechild of Freaky Friday and Big. While truly inspired laughs are in short supply here (the pop-culture jokes of co-scribes Gordon and Tracy Oliver could use some sharpening up), Little avoids feeling too secondhand thanks to its central black characters, women who freshen up a tired formula.

In a sharp departure from her nurturing supervisor in Support the Girls, Regina Hall plays the intimidating Atlanta-based tech empress Jordan Sanders, an isolated and notorious bully, still avenging her painful childhood as a picked-on science nerd. Tormenting her whip-smart assistant April (Insecure’s charismatic Issa Rae), Jordan falls victim to an angry kid’s magic wand that transforms the ill-mannered mogul into her 13-year-old self.

As the suddenly teenage Jordan, Marsai Martin (also, remarkably, an executive producer who came up with the idea for this film several years ago) has astonishing comic timing. Slipping into the hilariously precise mannerisms of an adult—she flirts with grown-ups, orders cocktails and so on—Jordan obligatorily teams up with the underappeciated April for a high-stakes presentation. Meanwhile, she returns to her former school and takes a group of adorably unpopular kids under her wing.

From Jordan’s Alexa-like virtual assistant “HomeGirl” (voiced with brazen attitude by Black-ish’s Tracee Ellis Ross) to Danielle Hollowell’s glamorous costumes and a vivacious, well-choreographed hip-hop number in its finale, Little is a watchable, edgy package. Still, its character journeys are only half-realized and it lacks the poignant depth of Girls Trip (also co-written by Oliver). Regardless, Little wears the theme of black sisterhood on its sleeve, growing into something winsome by prioritizing contemporary concerns over nostalgia.