Movies, Comedy
4 out of 5 stars 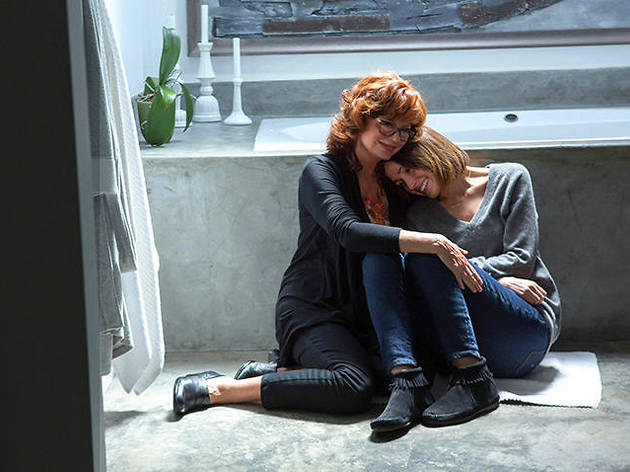 Susan Sarandon plays a doting mom who can't help but get involved in the lives of strangers.

Imagine if Clueless had starred a 68-year-old Susan Sarandon as an overbearing mother, and you’ll have the right idea about The Meddler, a sweet and sneakily effective portrait of a woman learning how to reengage with the world after the greatest loss of her life. Sarandon plays Marnie, a recent widow who’s been bequeathed more money than she can spend and more love than she can share. The only way she can cope with no longer being a wife is by doubling down on her activities as a parent, and so the film begins with the thickly accented New Jersey native uprooting herself from the East Coast and moving to downtown Los Angeles in order to be close to her daughter, Lori (Rose Byrne, finely depressed).

Lori, alas, is too much of a raw nerve for her mom’s suffocating displays of affection, so Marnie has no choice but to mother somebody else. Or, in this case, everybody else, beginning with one of the Genius Bar technicians at her local Apple Store (Jerrod Carmichael), whom she befriends and starts driving to night school. Elsewhere, Marnie tries to chip away at her mountain of survivor’s guilt by sponsoring a wedding ceremony for one of Lori’s friends (Cecily Strong).

The pathos behind these indiscriminate acts of generosity is transparent from the start (making scenes in which Marnie visits a shrink a bit redundant), but Sarandon’s exuberant performance is delivered with care and conviction. Crucially, it feels like Marnie is beginning to understand herself. Writer-director Lorene Scafaria, whose Seeking a Friend for the End of the World told a tender love story in the days leading up to the apocalypse, again displays a gift for mining something ineffably human from a bottomless well of clichés. With a plot that plays like a string of incidental encounters, The Meddler could easily have felt like a glorified sitcom. But its heroine’s grief, her goodness and her complicated relationship with her daughter all feel so lived-in and true that the film stays grounded. This may not be autobiographical for Scafaria but it’s high praise that you assume it is.