A new app is bringing social consciousness to the dinner table in a big way.

We all know the moment: the bill comes, and it’s time to figure out who owes what. A complicated bill split can be unnerving (especially when a person "only had one drink"). But an even split can be sort of flawed when you look at it through the lens of race and gender. (Oh, never thought to do that? You will now.)

For example, if a Latina only makes 54 cents for every dollar the white man sitting next to her earns, dividing the bill equally isn't actually equitable. And that’s where a soon-to-launch app, EquiTable, has something to teach.

What originally started as a comedy routine at Cultivated Wit’s Comedy Hack Day 10, a live comedy show where tech concepts are presented, founder and comedian Luna Malbroux presented this socially-conscious app as EquiPay—and won. More: it’s going to be launched as EquiTable, a real app on iOS as soon as mid-March.

Here's how it works: You input your profile, which includes your race and gender, and who you are sharing the meal with. Depending on how diverse your group is, the app’s “built-in diversity tracker” will rate your table and run your bill through an algorithm that uses data from the U.S. Bureau of Labor Statistics. So, on an even split a white guy at the table may owe $100 and an African American woman would only owe $64, based on wage gap calculations. As EquiTable says, now you can “Split bills fairly—no, really fairly” through what they cleverly call “affirmative fractions.”

The app gives you the opportunity to protest the calculation (“I’m aware of my privilege!”) but choose “This isn’t an issue anymore” and prepare to get schooled, as the app starts firing stats about wage inequality—delivered in a comedic but undeniably acerbic way. And just in case you’re at a table that boasts a 2016 Oscars-level of diversity, you are presented with a "Pay It Forward Surcharge," a fee that “subsidizes meals for others and funds EquiTable's charitable arm.” As Malbroux said to resounding applause in her original routine, “Reparations, one meal at a time!”

The final step: you have the option to share the transaction and spread the word on social media—again delivered in a satirical way that Jonathan Swift would approve of through tweets like, “I helped fix the wage gap with lobster bisque. Thanks, @EquiTableApp!”

While it remains to be seen if diners will adhere to the app’s calculations when out for their next birthday dinner together, it’s definitely a thought-provoking and conversation-starting app that deserves a place at the table. 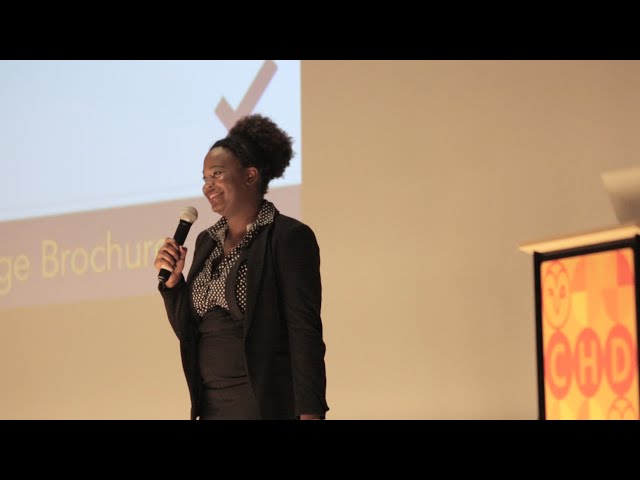