A full century after finally being granted the right to vote in the United States, there is still a long way to go before women are recognized as equal to men in many sports, hobbies and professions. That’s why we're celebrating these barrier-breaking groups created by women for women, which are focused on empowering mothers, daughters, sisters and aunties to take up more space in traditionally male-dominated arenas. From bull riding and brewing beer to wrestling to aviation, these ten women’s groups won’t stop until the last gender barrier has been broken in their fields. And you can do your part by supporting restaurants where women run the show and shopping at women-owned businesses every day of the year.

RECOMMENDED: 14 women who are changing the way we eat and drink in 2021

It’s an understatement to say that the aviation industry is dominated by male pilots. Between commercial and military aviation, women make up only six percent of the world’s pilot population and Black women make up less than half of one percent—that’s less than 150 total Black women in aviation! Luckily, Sisters of the Skies is here to inspire more Black women into the pilot’s seat in the grand tradition of aviation pioneer Bessie Coleman. The nonprofit provides scholarships, mentorships, professional development and other forms of outreach for budding Black women pilots including Girls Rock Wings, a program for girls between 10-18 years of age.

Ever since the early days of rodeo, women have been discouraged from participating in one of its most iconic events, bull riding. As late as the mid-90s, only one woman bull rider, Polly Reich, could be found on the Professional Rodeo Cowboys Association’s national circuit. But twenty-five years later, that’s slowly changing and the Women’s Bull Riding Organization (WBRO), which sanctions rodeos throughout the West, is helping to lead the effort. In addition to holding bull riding events for women, the WBRO provides mentorship to younger competitors eager to take on one of the world’s most dangerous sports.

Like other people of color, Native Americans have (ironically) been left out of the narrative and imagery associated with outdoor adventuring and conservation. Native Women’s Wilderness is trying to change that narrative with a two-fold mission: To inspire and raise the voice of Indigenous women in the wilderness, and to educate both non-Native and Native communities about the heritage of ancestral lands. By increasing the visibility and participation of Native women in everything from the advertising campaigns of outdoor retailers to outdoor education, they hope to strengthen the relationship to the wilderness Native women have nurtured since time immemorial.

Back in the late 1930s, as enthusiasm grew among American women for riding motorcycles, a young Rhode Island biker came up with an idea to bring the like-minded females together. She called her group the Motor Maids and, in 1941, its 51 members were granted a charter from the American Motorcycle Association. More than 80 years later, the Motor Maids are still proving that, as their first president Dot Robinson said, “you can be a lady and still ride a motorcycle.” The Motor Maids now include around 1,300 women riders from across the U.S. and Canada and participate in parades, races and a national convention each year.

Advertising
Ice climbing and backcountry skiing are just two of the many many sports within which women have been historically marginalized. So in 1999, Chicks with Picks stepped up to melt the gender barrier. The group specializes in connecting and building the confidence of burgeoning women ice climbers and backcountry skiers with educational programs taught by highly trained women instructors. In clinics held around the country, lady adventurers learn everything from technical skills to advanced body positions and get a whole lot of inspiration and empowerment along the way.

What began as a photography project in 2013 has become a full-fledged movement to empower underrepresented girls of color in ballet. To promote diversity in dance, Brown Girls Do Ballet has developed a number of programs that encourage and support those who have traditionally struggled to gain access. The nonprofit’s initiatives include a ballet pointe shoe program, which helps to offset the cost of pricey pointe shoes, scholarships for young dancers and micro grants for funding ballet classes across diverse neighborhoods.

Women have been a part of the action at professional wrestling outfit Impact Wrestling since its foundation in 2002. But it wasn’t until 2007 that the hardcore ladies were given their own official division: the Knockouts. Just like their male counterparts, the Knockouts are serious wrestlers who battle it out in the ring with incredible athletic skill, big personalities and killer names like Awesome Kong and Velvet Sky. The current champion, Deonna Purrazzo, a 5’3” fighter from New Jersey, also earned the non-gendered 2020 title, Wrestler of the Year.

Even though men have dominated brewing and distilling over the last couple of centuries in the West, producing alcoholic beverages was once primarily women’s work. It’s the mission of the Pink Boots Society to help women reestablish their rightful place in what is now a 1.5 trillion dollar industry. The Pink Boots Society offers educational programs aimed at advancing careers in brewing and distilling and teaching the skills required to judge professional beer competitions. There is at least one Pink Boots chapter in almost every state (and six foreign countries) through which they offer a variety of scholarships for courses in brewing technology and engineering.

Few and Far is reimagining the urban landscape with the talent of women street artists. First organized around the creation of a mural in Oakland, CA in 2012, Few and Far now has members—and stunning works of art—around the country and the world. Through their artistry, Few and Far hopes to inspire the next generation of women street artists while helping to beautify and bring together communities through creativity.

Jumping out of a plane flying more than 10,000 feet above the Earth has never really been considered women’s work. But the daredevil women who do it beg to differ. Even so, only 13 percent of all members of the United States Parachute Association are women. That’s where the Women’s Skydiving Network comes in. Founded in 2016, the organization has grown to include more than 3,000 plane-jumping women from beginners to world champions. In addition to offering instructional canopy courses, the Women’s Skydiving Network provides mentorship and camaraderie for all women who wear, or want to wear, a parachute. 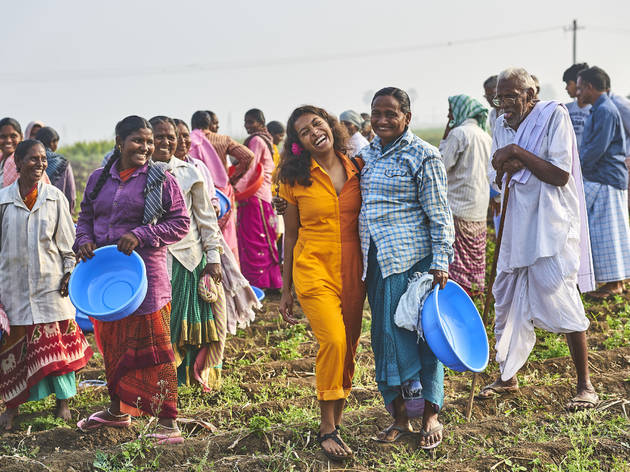 Take a look at these groundbreaking small businesses and remember the names behind them. 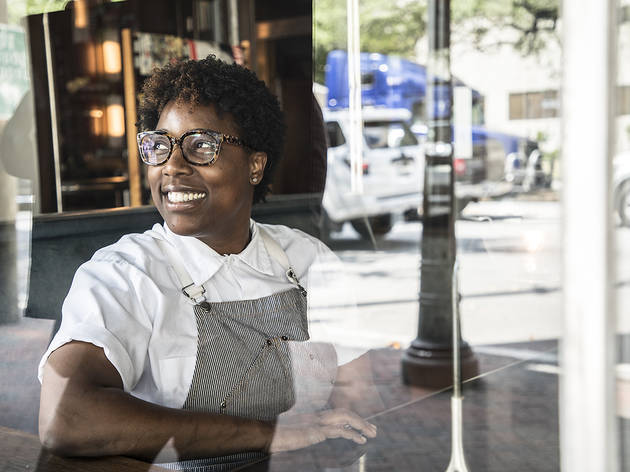