Black LGBTQ+ people: still a lot of work to do

Sebastià Portell is a writer and a playwright. He has also developed a cultural outreach scheme from a perspective of gender and sexuality. He's a regular contributor to media outlets such as Time Out Barcelona, 'Cadena Ser Catalunya' and the newspaper 'Ara Balears'.

Not everybody realises it, but for centuries Barcelona’s main queer icon was a Black single mother. The patron saint of the Catalan people, a golden diva and beloved mother of any reputable house, the Virgin of Montserrat is one of the undeniable queens of the Catalan LGBTQ+ community. Her skin is black, and her life, just like all the lives of any people who are different from what the system expects them to be, matters.

It’s not so outlandish to consider the power of the collective imagination and the influence it can have on the identity of a community and how much we should look after and preserve it – how we should empower it, even. If the Virgin and glitter queen of Catalonia is Black, why aren’t there more Black LGBTQ+ leaders in the city?

Barcelona has been, throughout its herstory, an extremely diverse city, an intersection for commercial routes and, more recently, a welcoming destination for people from around the globe. The celebration of the 1992 Olympic Games in Barcelona meant only the beginning of a process that over time has made it clear that, as one of the popular anthems of the city claims, ‘Barcelona has a lot of power’, as well as a penchant for a great party, queerness and sisterhood. 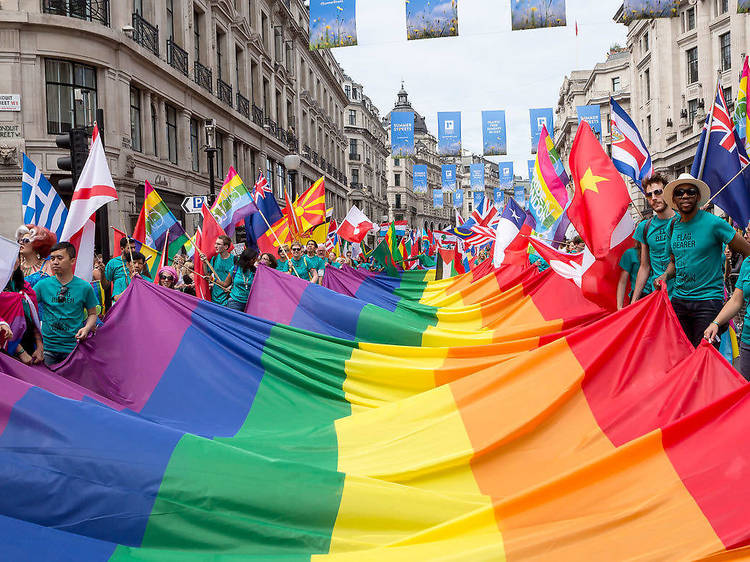 As Rafael M. Mérida explains in his essay ‘Transbarcelonas’ (2016), Barcelona was the spearhead of the LGBTQ+ movement in general during the end of Franco’s dictatorship, to the point that it was in one of the hottest spots of our city – La Rambla, no less – where the first big Pride demonstration in Spain took place. It was 1977, Franco had just died, and people of all origins and identities took to the streets: those were the years when, with a lack of proper names for many of these identities, people were more L, more G, more B, more T and more Q than ever. You could say they were more free, depending on how you look at it. What’s important is that on June 26, 1977, eight years after the Stonewall riots, Barcelona’s queer community was out in the streets.

Sadly, and as also happened with the legacy of Stonewall, we too often forget who the pioneers of these acts really were. In the case of Stonewall, I’m talking about Marsha P. Johnson, a Black, HIV-positive trans woman. Can anybody still be thinking that the situation in Barcelona was any different? I say no.

In her book ‘Under the Sign of the Dragon’ (2004), the poet, feminist thinker and lesbian activist Maria-Mercè Marçal states that oppressed communities need to look at life differently, with a bit of a squint: with one eye, they have to look through the past to see that which has been ignored, repressed or directly denied, and with the other eye they need to look at the present in order to be able to embark on a road to the future. To take their voices back and rewrite history books. To say in their own way what they want to normalise.

You might argue that there aren’t enough Black members of the LGBTQ+ community in Barcelona for the collective imagination, but I would answer that that’s just not true, that they’ve been sidelined by other dominant voices. It’s time to reach into our wallets and empty the shelves at bookshops such as La Caníbal, Prole or La Carbonera of their critical thinking, feminist and ‘decolonialist’ titles and fill our shelves at home with them. It’s time to hear the voices coming out of the ACATHI Foundation, which looks after LGBTQ+ refugees from all around the world. It’s time to give our support to Shoga, the African queer cinema fest that the Barcelona LGBTI Centre is putting on this month. It’s time to get out of the closet as a culture that too many times has promoted itself as a festival of diversity as it was actually giving voice to a uniform and homogeneous mass of white, cis and straight people. Only this way, with that different way of looking at life that Maria-Mercè Marçal discussed, can we bring about justice.

It doesn’t matter who they are, who they desire, how they love, how they identify: Black lives matter.

And their history does, too. 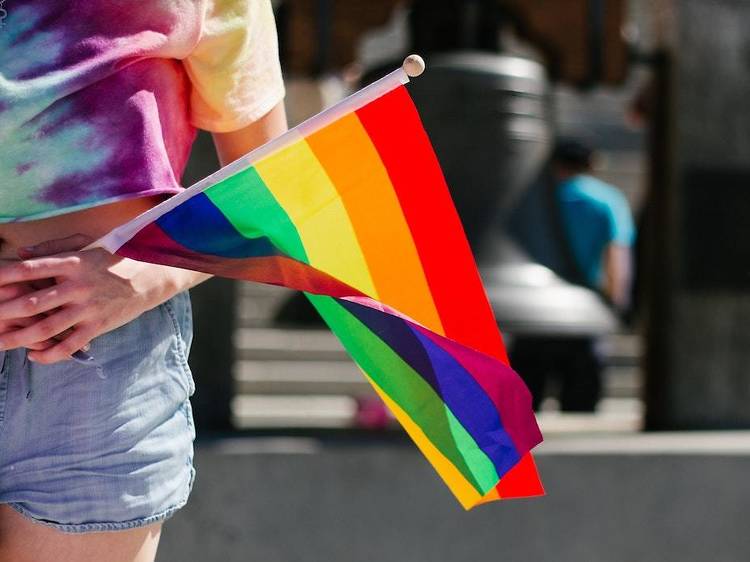 With the month of June in Barcelona come the first warm days, the longest nights, the start of summer and LGBTQ+ Pride celebrations. The official day of celebration isn't until June 28, so we end up painting everything rainbow-coloured in anticipation the whole month. This year looks to be a strange one in the history of Barcelona Pride, as we look for ways to celebrate without mass demonstrations, concerts, or the big parade followed by plenty of parties. But don't worry, the Barcelona LGBTQ+ scene is working on alternative ways to celebrate and commemorate, as much as possible, a month full of Pride.