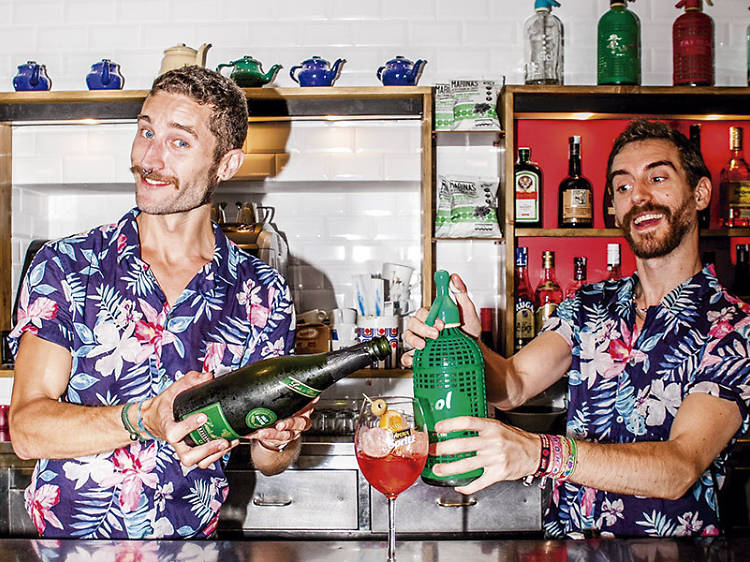 The 13 best gay bars in Barcelona

Barcelona’s gay bars are electric. No matter your sexual preference you are in for some heck of a night here, one filled with great vibes, great drinks and even better dancing. There is an extremely dynamic LGBTQI+ scene in Barcelona that attracts visitors from all over the world. The major events on the calendar bring the crowds, but the gay bar scene here is a seven days a week extravaganza where the good times never stop. There is plenty of variety too, from exclusively lesbian bars to more stripped back spots offering food and conversation in equal measure. The nightlife here is world-famous, and the best gay bars in Barcelona are a vital part of that. 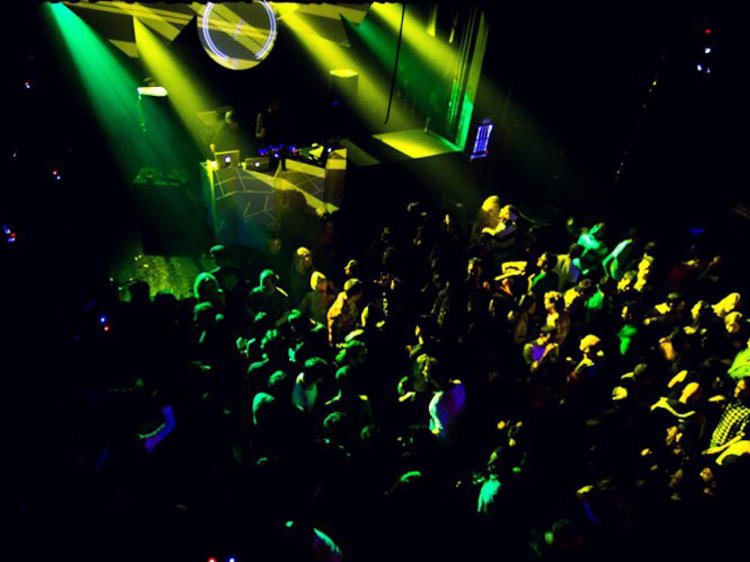 The 9 best clubs in Barcelona

If you’re the type of person who comes alive on the dancefloor, you are going to love Barcelona. Of course, there are so many things to do here that practically everyone loves Barcelona, but this city knows how to party hard. Barcelona’s nightlife scene touches on a host of moods and methods, from live music to international DJs covering every genre from R&B to rock and roll. When preparing for your journey, be sure to pack your dancing shoes because the best clubs in Barcelona will have you throwing shapes in no time. 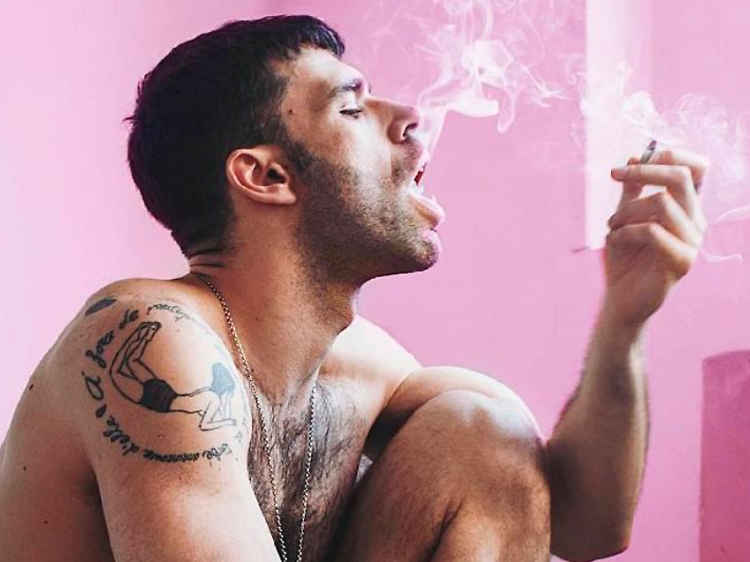 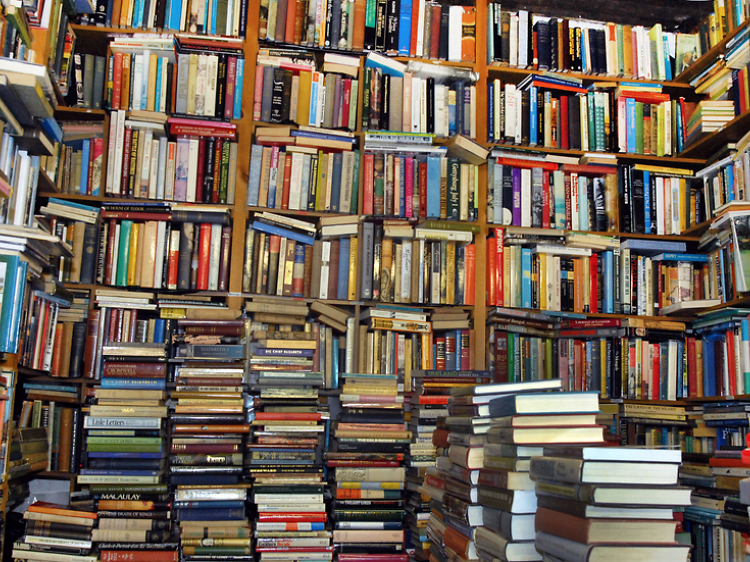 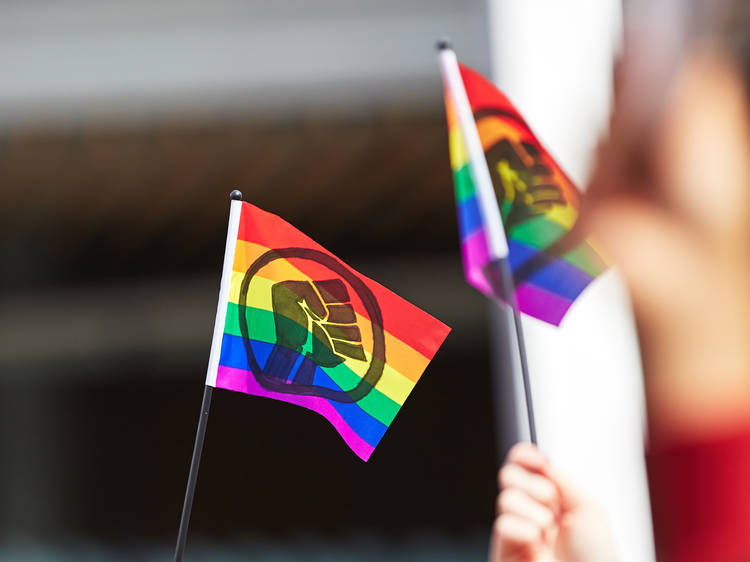 Black LGBTQ+ people: still a lot of work to do

Sebastià Portell is a writer and a playwright. He has also developed a cultural outreach scheme from a perspective of gender and sexuality. He's a regular contributor to media outlets such as Time Out Barcelona, 'Cadena Ser Catalunya' and the newspaper 'Ara Balears'. Not everybody realises it, but for centuries Barcelona’s main queer icon was a Black single mother. The patron saint of the Catalan people, a golden diva and beloved mother of any reputable house, the Virgin of Montserrat is one of the undeniable queens of the Catalan LGBTQ+ community. Her skin is black, and her life, just like all the lives of any people who are different from what the system expects them to be, matters. It’s not so outlandish to consider the power of the collective imagination and the influence it can have on the identity of a community and how much we should look after and preserve it – how we should empower it, even. If the Virgin and glitter queen of Catalonia is Black, why aren’t there more Black LGBTQ+ leaders in the city? Barcelona has been, throughout its herstory, an extremely diverse city, an intersection for commercial routes and, more recently, a welcoming destination for people from around the globe. The celebration of the 1992 Olympic Games in Barcelona meant only the beginning of a process that over time has made it clear that, as one of the popular anthems of the city claims, ‘Barcelona has a lot of power’, as well as a penchant for a great party, queerness and sisterhood. 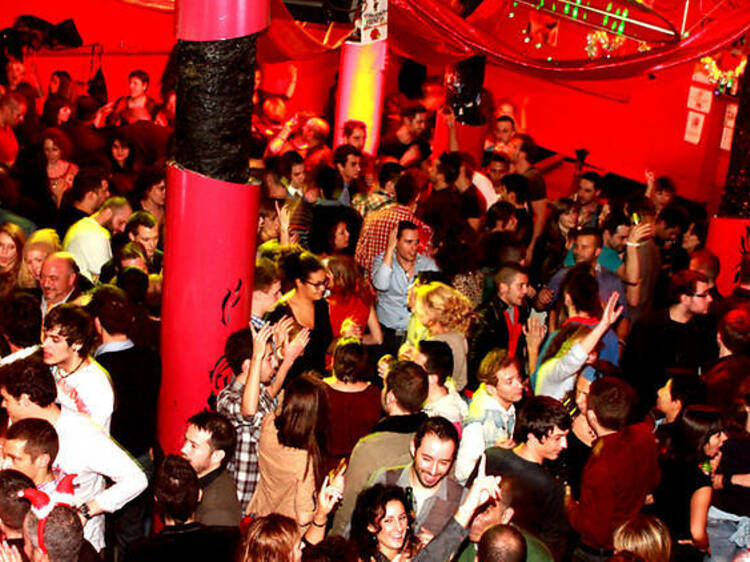 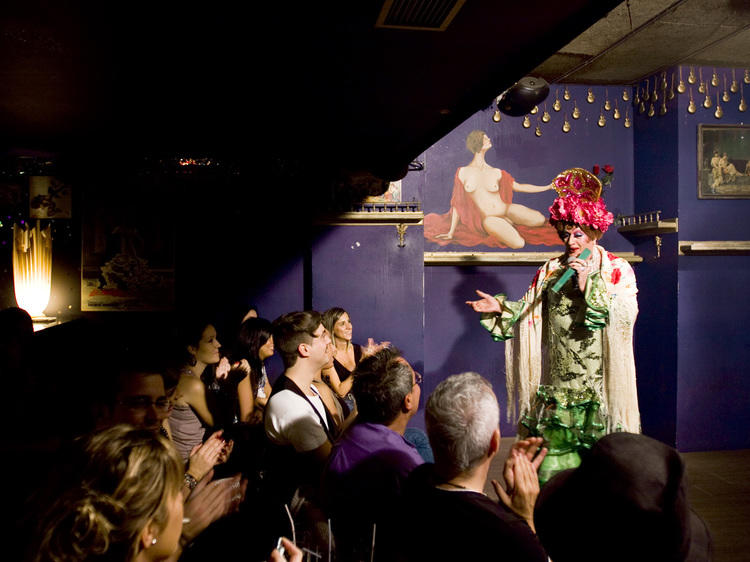 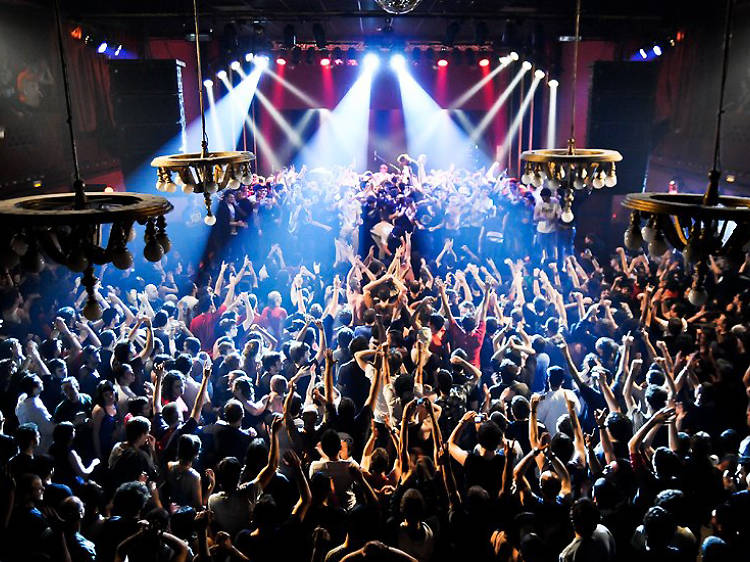 The best nightlife in Barcelona

Nightlife in Barcelona is as wild as you want it to be, and you can find a club night, session or party every night of the week at the best clubs in Barcelona. Whether it’s a weekly club night you find you can’t skip, a monthly session you keep marked in your calendar, or an irregular party that you simply must plan your holidays around, you’ll find them on this list. There’s a beat to suit every mood here: techno, disco, house, hip hop, rock, dubstep, reggae... you get the point. So don your finest clubbing gear, keep your eyes peeled for your favourite DJs, and head straight for the dance floor. Looking for somewhere to pre-drink? Then hotfoot it to one of the city’s best bars or live music venues first. RECOMMENDED: Full guide to the best clubs in Barcelona 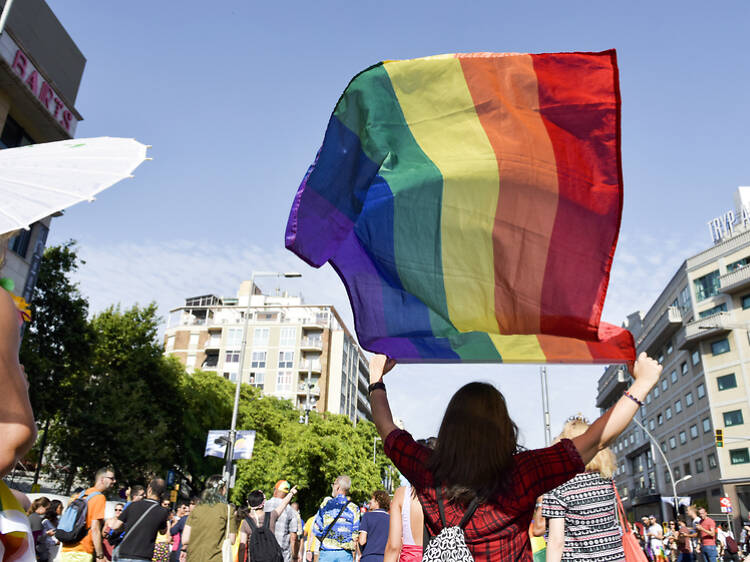 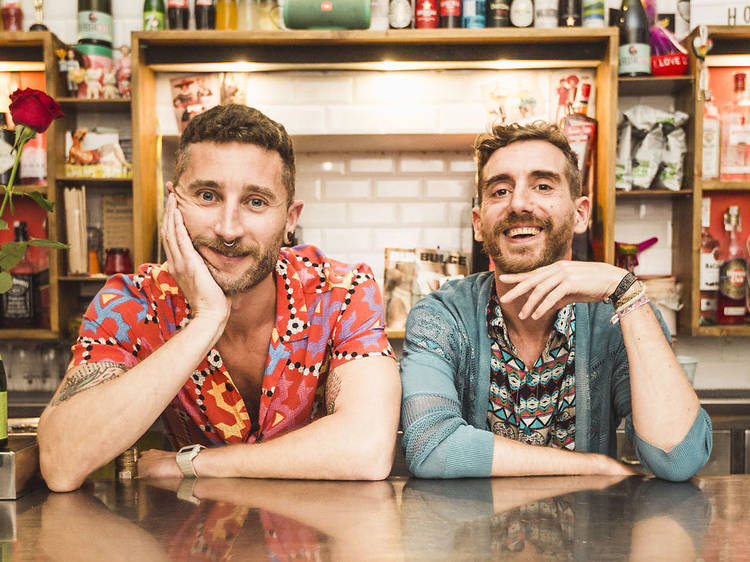 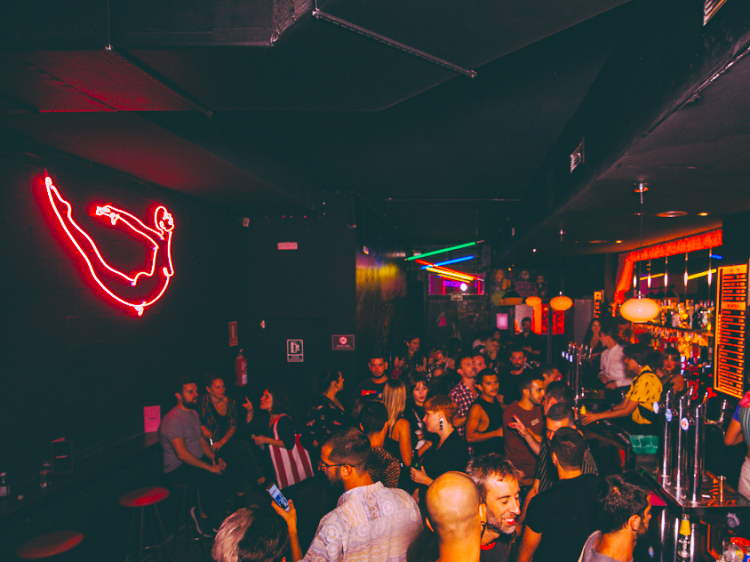 It all started with a trip to Berlin, where Javier Meneses and Alex Schoihet gave birth to the concept that since September 2019 has been their Barcelona bar, Candy Darling, a friendly space for fun and queer freedom just next to Plaça Universitat. 'The name might seem silly, but when you know the story behind it, it's not', says Meneses, explaining that it's the name of the iconic American actress and transsexual from Andy Warhol's Factory. Their mission statement came into focus when they started designing the logo, with two pink triangles to represent the sexual dissidents who were vicitims of Nazi reprisals. Activism aside (or not!), you'll want to head to Candy Darling to try what they call a 'bikini darling' (remembing a 'bikini' is a toasted ham and cheese sandwich locally), with such delicious names as Pastrami Queer, Naturist, and Versatile. But it's also a spot to relax in the sofa area and take in a performance, whether it's a drag show, circus act or burlesque; or go to the Wild Room, a type of pocket disco that you've just got to check out for yourself. What else is there for you to do? Gaze in amazement at the pieces of queer art in the space, from the torrid and elegant photos by Carlos Pareja in one of the toilets to the mural with drawings by Susana López at the entrance, as well as installations such as the neon 'Lady Bird' or colourful 'Dancing Queers' by Nicasio Torres, who's also the art director of the whole place. That's right, this is a bar with an art 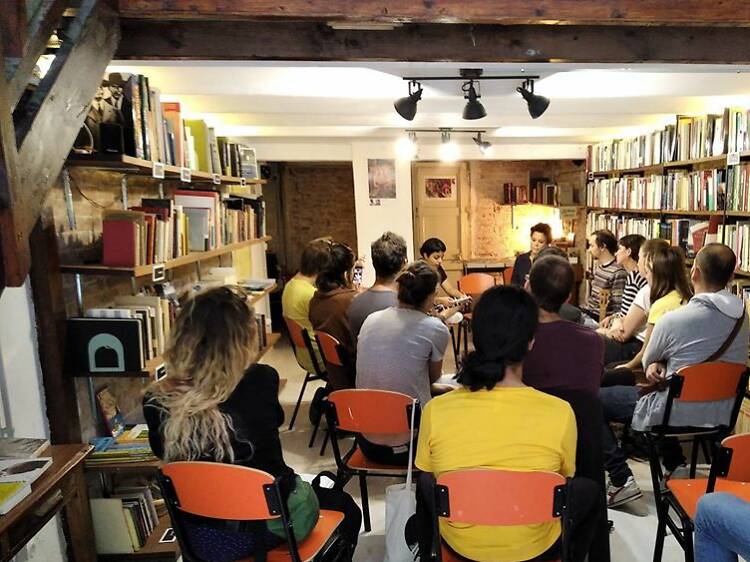 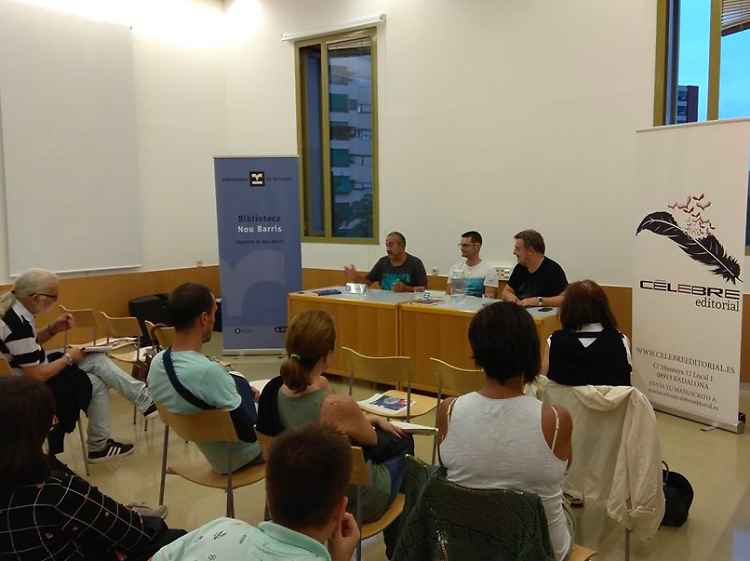 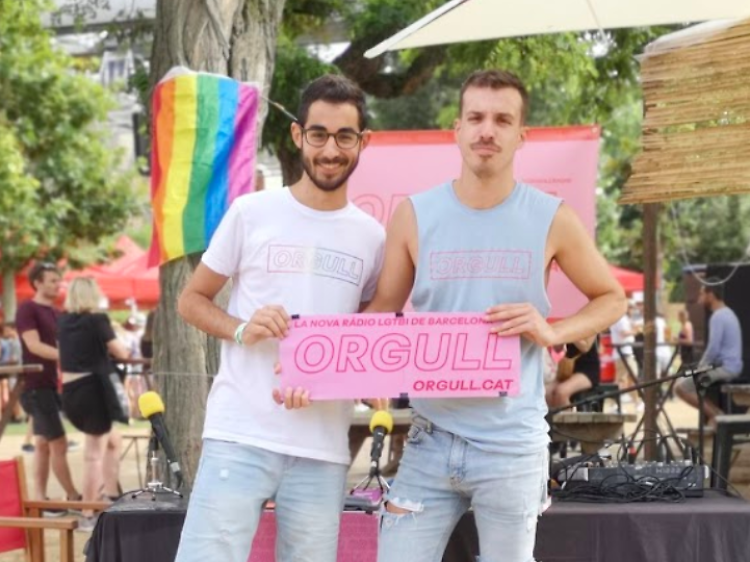 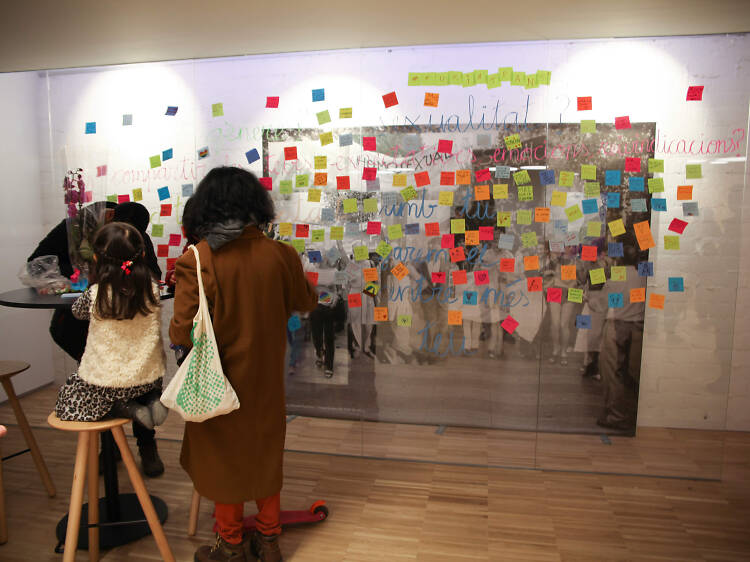 The Barcelona LGTBI Centre was brought about by the Barcelona City Council and is managed by the Platform of LGTBI Entities of Catalonia. The Centre has three systems or lines of work: primary care services, activity scheduling and host system for entities. It was conceived to offer free psychological, legal and work support in relation to LGBTQ+ issues, and it also hosts events and series that aim to establish it as a sociocultural and relational resource in the city. It also serves as a meeting place for associations, whether they're resident in the Centre or not, that work in the field of gender and sexuality. This oasis of diversity seeks to promote identity, avoid heteropatriarchal and binary division, and ensure the rights of all. The Barcelona  LGTBI Centre first opened its doors in early 2019 with a stable of professionals working in the fields of psychological and legal care and management and administrative positions with the aim of being available to everyone. The Centre is not the end of a story, but the continuation of a long struggle. 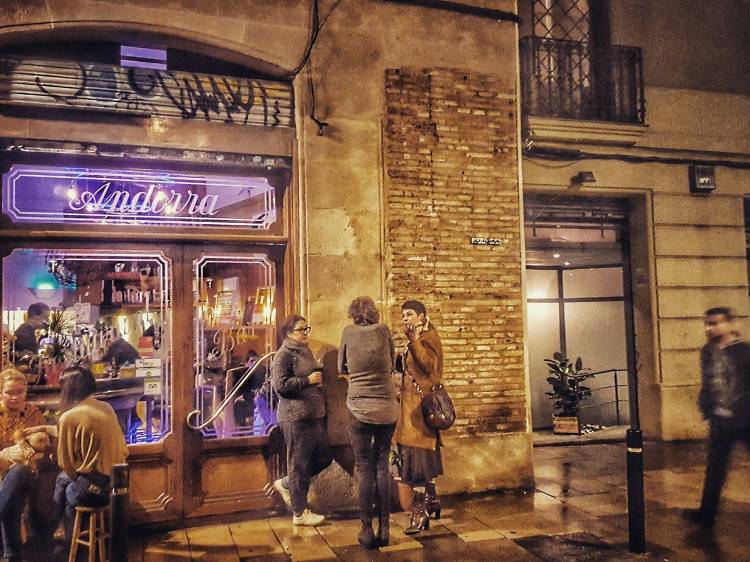 Bar Andorra is one of these places with faux leather easy chairs and friendly wait staff, with the bonus that they cook up outstanding patatas bravas with rosemary and a perfect pinch of spiciness.