Barcelona is a great destination for a city break any time of the year, with its stunning architecture, top museums, never-ending nightlife and beaches just a walk from the city centre. Most of the year enjoys warm weather and outdoor events take over the city, including massive music festivals, such as Sónar and Primavera Sound, as well as jazz nights in the open spaces of gorgeous Gaudí buildings around the city.

Cultural festivals feature thrilling human towers, fashion shows, Christmas markets and sporting events like the Barcelona Marathon and the Spanish Grand Prix, and the neighbourhood of Gràcia welcomes visitors to what is likely Europe's best street party. It's a big year for the city's museums and galleries, with a major new Dalí and Picasso exhibition and shows at the brand-new Design Museum and Museum of World Cultures.

Whether it's your first time or a return visit to Barcelona, 2015 is the year to experience all the city has to offer - download the guide in PDF format to see the full list of the 54 top events taking place in Barcelona in 2015. 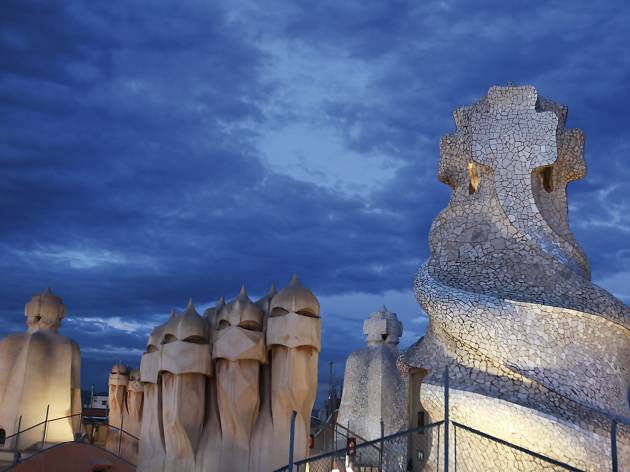 During the summer in Barcelona, you’re never short of outdoor events that allow you to make the most of the (slightly) cooler evenings. To add to their appeal, many such events are held in buildings with splendid outdoor spaces, meaning you're spoilt for choice when looking for a city night out, particularly when it comes to Gaudí’s unique creations in Passeig de Gràcia. La Pedrera has thrice-weekly rooftop jazz concerts and the chance to visit the Espai Gaudí, a permanent exhibition about the architect, while Casa Batlló offers suppers and cocktails accompanied by live music. Away from the centre of town, Torre Bellesguard, overlooking the city, offers panoramic guided tours, cava and varied musical acts. Palau Güell is the most exclusive venue, opening its roof terrace for just four nights in 2014, where it staged jazz concerts for 50 people at a time. 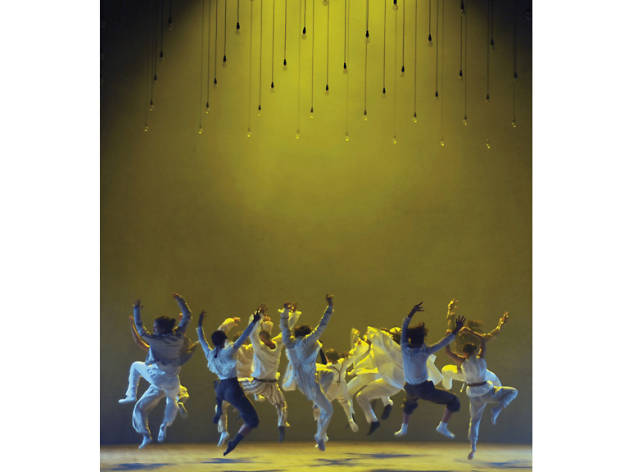 Barcelona’s biggest cultural festival features dance, theatre, music and circus staged in venues all around the city. Inaugurated in 1976 with the aim of showcasing Catalan creativity, its basic tenet remains the same, while the festival has expanded to include more international acts. If you can, go and see an event at the Teatre Grec, where the festival originated. A Greek-style amphitheatre built on the site of a disused quarry for the city’s 1929 Universal Exhibition, it’s a magical setting for seeing a performance on a balmy July night. 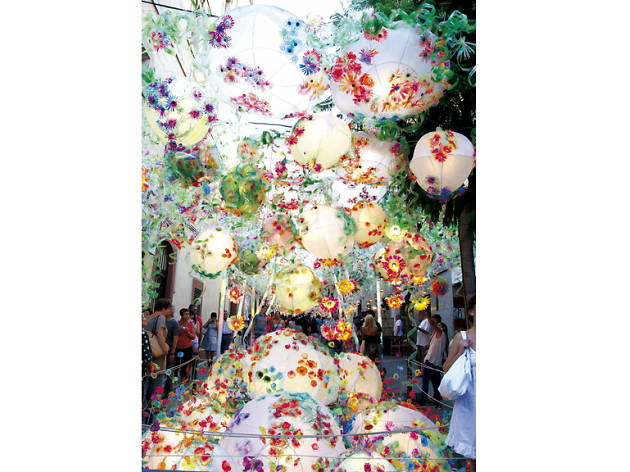 The neighbourhood of Gràcia was once an independent town, only absorbed into Barcelona proper at the end of the 19th century. Its community spirit remains strong, as evidenced by the consistent hard work put into this annual Festa Major (‘big party’ in Catalan). The main attraction is the street decoration competition, which sees some 25 associations strive to create the most elaborate and incredible metamorphosis of an ordinary road into, perhaps, a jungle, an underwater scene or a zombie hangout. The week-long party includes traditional Catalan culture, fun for the kids, and lots of street food and drink. 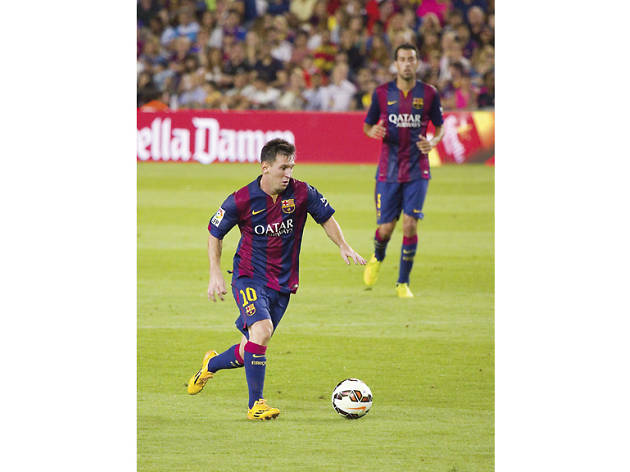 The Joan Gamper Trophy, named for FC Barcelona’s founder, marks the start of the team’s new season. Traditionally played towards the middle of August, when locals are returning from their summer holidays but before the serious business of La Liga gets going, it’s a chance to see the big stars in action, alongside the club’s newest signings. Inaugurated in 1966, it used to be a four-game mini-tournament, but is now a single friendly, often against somewhat inferior opposition. Visiting teams face the added pressure of playing in front of up to 99,000 home fans, and the usually one-sided game shows off the home players to their best advantage – in the past four Joan Gampers, Barça scored 19 goals but let in only one. 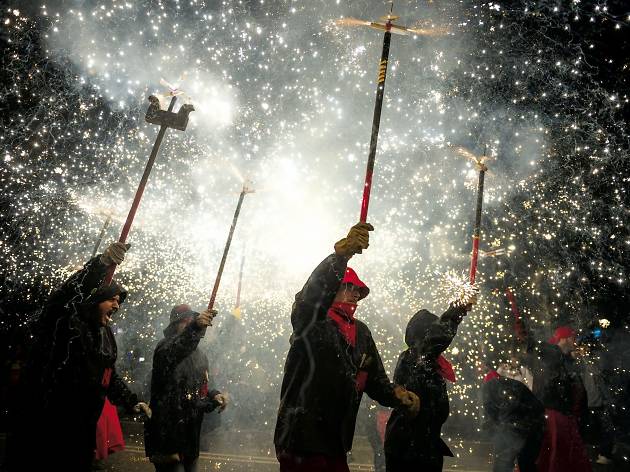 Each year, Barcelona celebrates its patron saint, Mercè, with five days of festivities and activities. From Catalan staples such as human towers, dancing giants and fire running to outdoor concerts, singing competitions and open days at some of the city’s most important landmarks, see Barcelona let its hair down at this end-of-summer bash. It all finishes off with a monster firework display in Montjuïc. 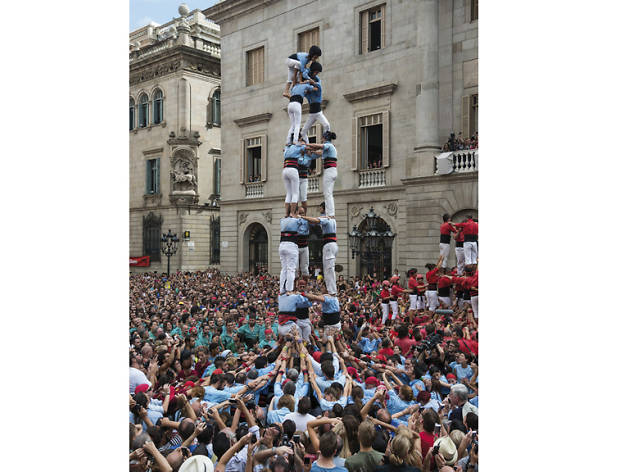 If you want to know what locals mean when they say ‘Catalonia is not Spain’, this is the kind of thing they're talking about. Castells, or human towers, are a unique and historic feature of Catalan culture, originating in the Tarragona area in the 18th century. Today, castell groups are found across the region, practising hard to perfect the art of climbing onto each other’s shoulders to build the highest tower they can. Towers are deemed complete when a small child climbs right to the top and raises one arm – the skill and courage of the youngsters is truly a sight worth seeing. Castellers regularly appear at festivals in towns big and small around Catalonia, with the annual late-summer Festa Major of Saint Felix in the town of Vilafranca one of the stellar events in the calendar. Located in the wine-making region of Alt Penedés, each year Vilafranca welcomes four of the current top castell groups to create their stunning temporary edifices. 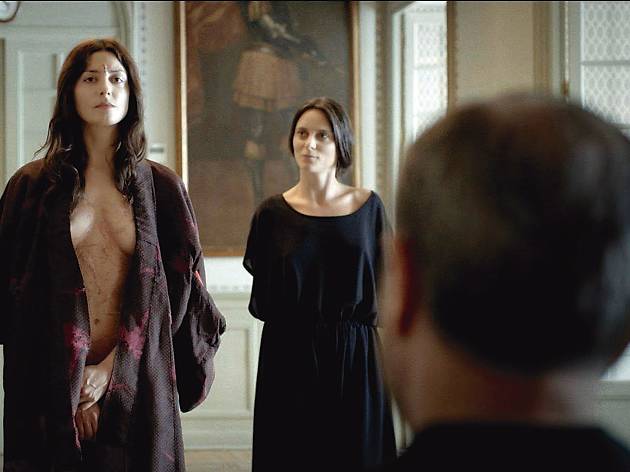 If you love going to the cinema to be scared witless, then the Sitges International Fantastic Film Festival is the place for you. The last edition opened with the fourth and final in the series of ‘REC’ movies, some of the most popular terror films to come out of Catalonia. Possibly to avoid any liability, the organisers advise reading a description of any film before buying tickets, to get an idea of the gore and fear levels involved. But maybe that takes all the fun out if it, and anyway, judging by the 2014 screenings ‘A Girl Walks Home Alone at Night’, ‘With Your Heart in Your Throat’ and ‘Bombshell Bloodbath’, the titles all sound quite self-explanatory. 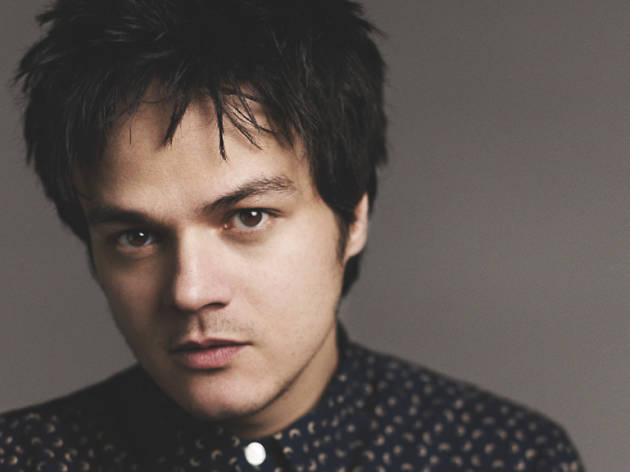 Barcelona has a thriving jazz scene, with numerous venues presenting live concerts most nights of the year, so it’s no surprise that its annual festival devoted to the genre is still going strong in its 47th edition. Inaugurated in 1966 when Dave Brubeck and his quartet performed at the Palau de la Música Catalana, it has since welcomed masters including Miles Davis, Sonny Rollins and Count Basie, among a roll call of the finest jazz musicians around. In 2014, headliners included Chucho Valdés, Wayne Shorter and Zakir Hussain. Fans can also enjoy jam sessions at the Conservatori del Liceu and masterclasses with the likes of bassist Dave Holland, pianist Joachim Kühn and vibraphonist Gary Burton. City libraries also get in on the act, with exhibitions, activities introducing children to the key instruments, and sessions where some of the festival participants talk about their art. 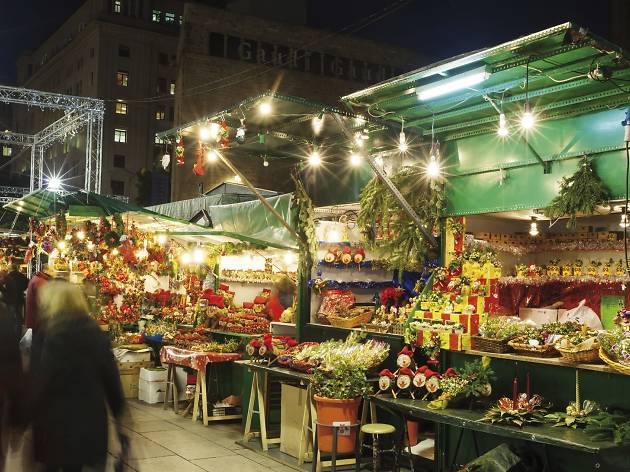 This long-established Christmas fair takes over the square in front of Barcelona’s cathedral for the weeks leading up to the big day, with stalls selling seasonal accessories including mistletoe, tree decorations and small gifts. However, if you want to experience the fair as a local, grab the chance to buy some nativity figures, whether a 'caganer' (a Catalan peasant – or a celebrity, from Rafa Nadal to Barack Obama – who defecates in the corner of the stable) or a character who actually appeared in the original story. 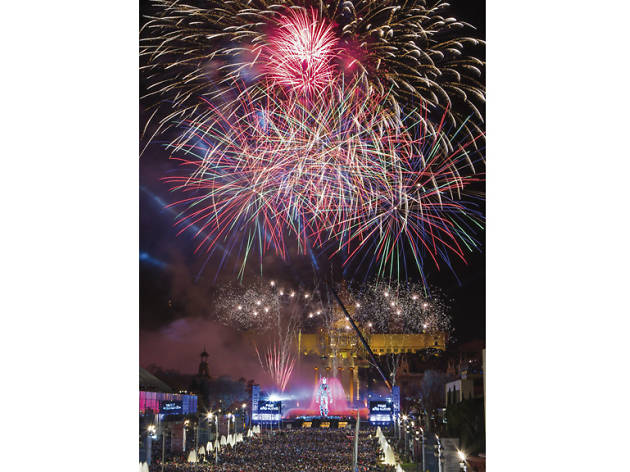 Barcelona city council has upped the ante recently on the local end-of-year festivities, to compete with the established New Year celebrations of Edinburgh, London and New York. For last year’s inaugural event, Plaça Espanya hosted a big outdoor party that included human towers and a huge firework display. The star of the evening, though, was a 15m-tall human figure in front of the Magic Fountains in Montjuïc, part of a family-friendly show produced by theatre group Fura dels Baus, using water, lights and pyrotechnics to create a memorable welcome to the year. If you really want to get into the party mood, local tradition dictates the wearing of red underwear and eating 12 grapes at midnight, finishing them before the last bell stroke. Seedless grapes may help with a task that’s much more difficult than it sounds.