Looking for something to do in Barcelona today? Here you can find what's on, whether you're in the mood for an art exhibition, a food or drinks event, some live music, a dance performance, a guided tour, fun with the kids, markets, clubbing... Get ideas for things to do today in Barcelona, and then get out and have fun! 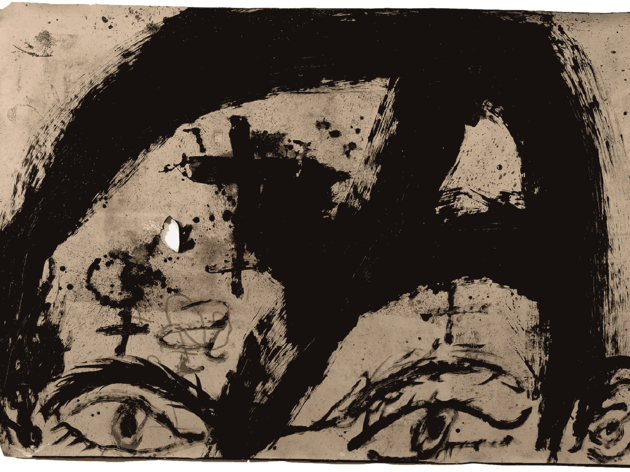 In the early '90s, shortly after inaugurating the foundation that bears his name, Antoni Tàpies created a set of works from the synthetic textiles that he used to cover and protect the floor in his studios in Campins and Barcelona. Tàpies recovered waste material and transformed old, scratched, ripped textiles covered in footprints and spatters, into suitable canvases to display, with varnish, collage and plastic paint, his own iconic repertoire. Driven by his interest in constantly searching for materials and techniques, he decided to work for the first time with these cloths for industrial use that are especially fragile, with irregularities and undulations; a foundation upon which he based a whole series of images, typical work spaces, which ended up marked like a manifesto or an artistic testament. In 1991, Manuel Borja-Villel, then director of the Tàpies Foundation, brought together around 20 of these works in the exhibition 'Profound certainty', with the idea of ​​showing the artist's firm conviction with his art. Now, 28 years later,  the Foundation is showing this block of work in its entirety, including pieces that have not been exhibited before, and accompanying it with a series of bronze and chamotte clay sculptures from the same period. The result is a compilation that's like a road map you can use to travel through the work, touched by a certain melancholy with the artist's usual references to the passage of time, disease, pain and death. 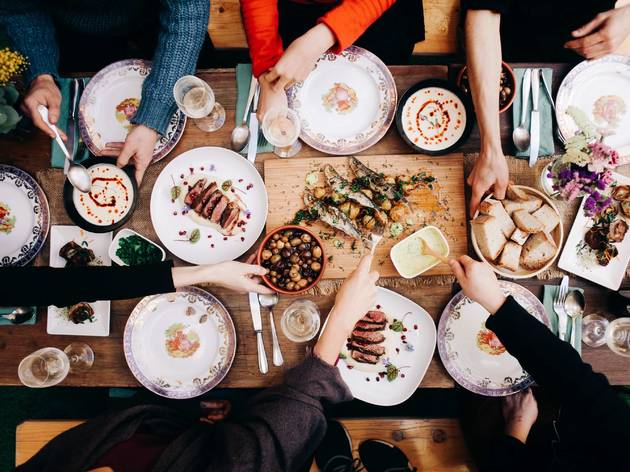 Your Market to Table experience with Bear on Bike takes you to the famous La Boqueria market on La Rambla. In order to keep things personal and to respect producers and local shoppers at the market, the experience is limited to eight participants. At the market you'll learn about local culinary customs and how to pick the best local and seasonal produce, plus you get to sample local cheese, ham and olive oil before heading back to the the kitchen. Once there, you'll learn everything from Catalan basics and Mediterranean staples to healthy alternatives and fancy techniques to impress your friends. When the work is done you head out onto the adjoining garden terrace to enjoy the meal, accompanied by local organic wines. Expect to spend about four and a half hours on the entire experience. Meeting place may vary, please consult the Bear on Bike website or ask your hosts. 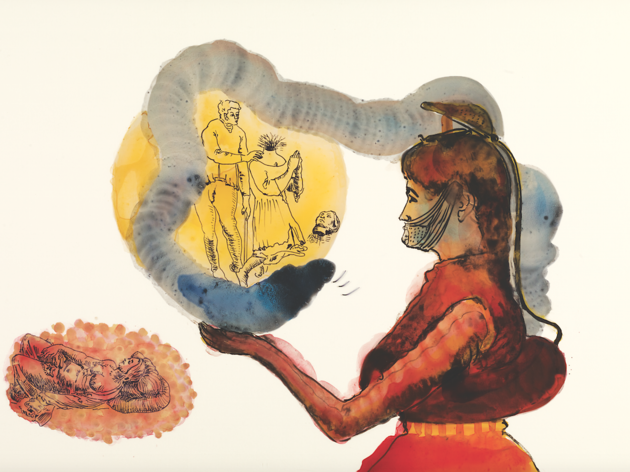 Three months after it was put together, the exhibition 'You Don't Hear Me' finally gets to make its debut before the public. It unfolds like an illustrated book and, in this set of drawings, installations and films where ancient and contemporary mythologies from the East and the West intersect, the committed voice of the Indian artist Nalini Malani, winner of the 2019 Joan Miró Prize, resonates. Malani was born in Karachi, India (today Pakistan) in 1946. Her biography is marked by the mix of local and international history, says Martina Millà, project manager at the Joan Miró Foundation and curator of the exhibition. Malani learned anatomical and botanical drawing so that her family would let her pursue an artistic career; later she would begin experimentation with animation and cinema. In Paris, in the 1970s, she developed her political and social consciousness (and discovered Miró's work). Later, in New York, she would meet and be marked by the practices of Ana Mendieta and Nancy Spero. The exhibition opens with beautiful shadow plays with references to the prophetess Cassandra in dialogue with Malani's mural drawings, which disappear in a performance piece. 'The figure of Cassandra has been with me for decades, represents feminine thought, and if we listened to her, we could get closer to progress,' explains the artist via video conference. Her speeches connect rooms and projects; the most recent are the animations she shares on Instagram, with references to power, the end 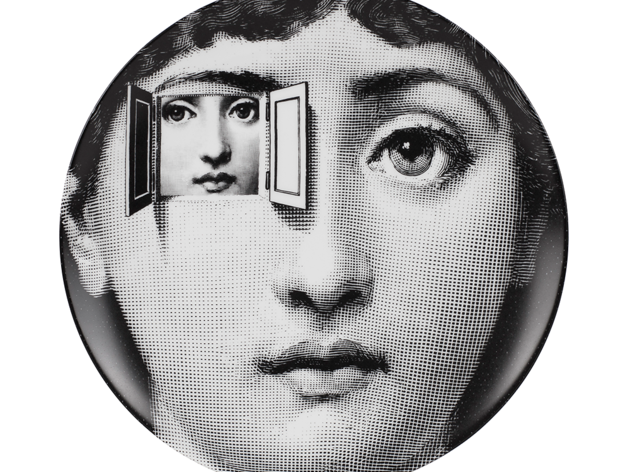 The shadow of surrealism is long and reaches through to the present, bleeding into contemporary art and design, as well as everyday objects. Enter this exhibition, produced by the Vitra Design Museum, which brings together 285 pieces (some from the LaCaixa collection) that demonstrate the exchange and influence of surrealism and design. Says Mateo Kries, curator of the exhibition and co-director of the Vitra Design Museum, 'We wanted to approach a new perspective of surrealism, an idea that was present in the movement such as that of merging life and art, as Duchamp did with the "ready-made".' Not in chronological order and with a museography that reduces the hierarchy between the art pieces and the more decorative ones, 'Objects of desire. Surrealism and design' is distributed in four areas where topics addressed include fascination with ethnology, sexuality, transgression applied to fashion, film as a vehicle for movement and the role played by women artists. You'll see works from masters of the genre such as Dalí, Man Ray, Le Corbusier, Lee Miller and Meret Oppenheim; worthy successors Carlo Mollino and Piero Fornasetti; and contemporaries Gae Aulenti, Humberto and Fernando Campana, and the Frente Design collective, among others. 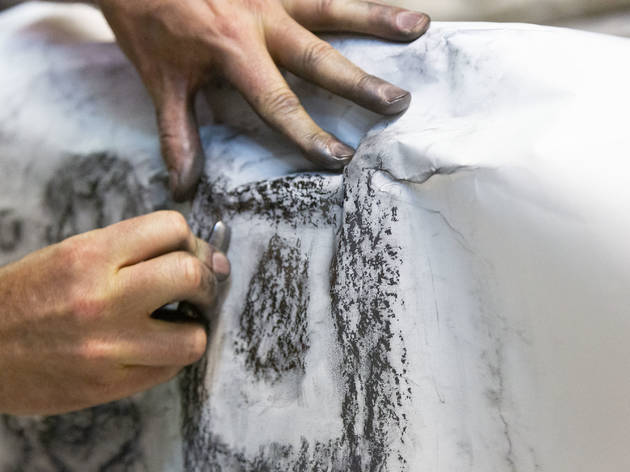 Catalan artist Oriol Vilapuig works with imagery that focuses on baptismal and oil fonts, which are typically found in the Àneu valleys area in the territory of Pallars Sobirà, where Vilapuig often creates. Shapes of nature, fissures, centuries-old marks, pebbly ground, animal footprints... they all appear using the frottage, or 'rubbing', technique, a procedure that allows the images to appear by contact. All these forms are presented in a space built especially for this show inside the MNAC's Romanesque rooms. This artistic intervention establishes a dialogue with a visual assembly of projected images from archives and publications in different fields, an inaccessible visual atlas that dilutes or reinforces what takes place 'between images'. 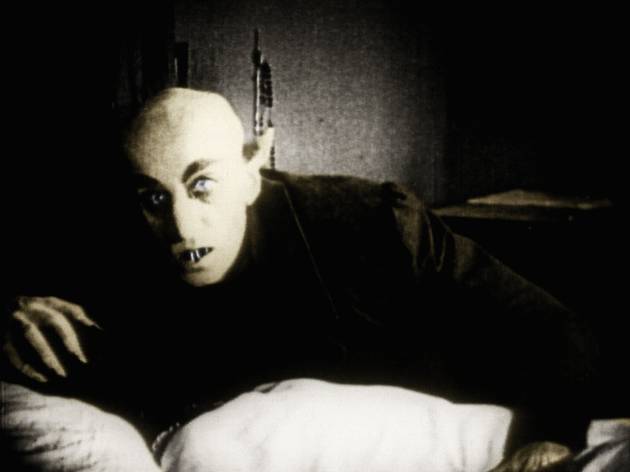 This exhibition is dedicated to the myth of the vampire in all its aspects. It's a great opportunity to immerse yourself in their world and learn about the relationships between the different facets of the vampire, from different artistic practices, in a captivating way. The exhibition brings together a selection of fantasy films that have fuelled the myth, from avant-garde projects to blockbusters, from Friedrich Wilhelm Murnau's 'Nosferatu' (1922) to Bram Stoker's 'Dracula'. In addition to showing films and literary works, the exhibition displays a selection of vampire appearances in other artistic disciplines, such as Max Ernst's surreal collages, some prints from Goya's 'Los Caprichos', the disturbing paintings by contemporary artist Wes Lang, and the iconic image of Dracula as performed by Bela Lugosi used by Andy Warhol in the lithograph titled 'The Kiss'. 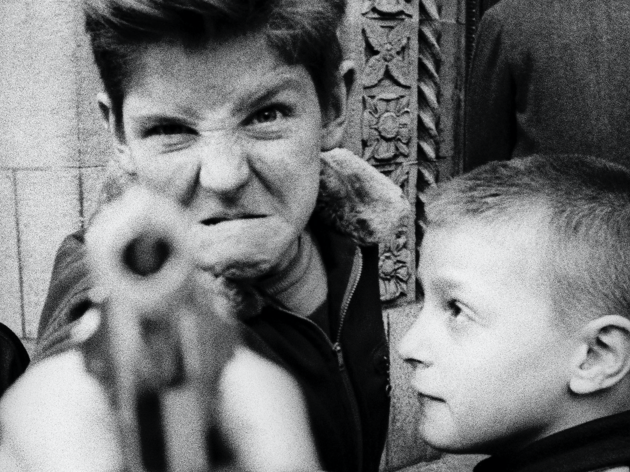 William Klein (New York, 1928) is one of the key figures in 20th-century photography. His open, transgressive spirit and his artistic nature, which strays far from rules and tradition, made him one of the principal photography reformists of his time. Large formats, framing that took chances, the marked grain of the photos, a sense of architecture and a greatly impactful human vision are some of the fundamental characteristic features of his work. The La Pedrera Catalonia Foundation, advised by the exhibition's curator, Raphaëlle Stopin, and by the artist himself, welcomes you to explore the artistic world of the American photographer through some 200 works in this first retrospective exhibition held in Barcelona. The exhibition highlights the multifaceted nature of Klein's work, which not only focuses on his role as a photographer but also brings to light other facets of his art, such as his forays into the worlds of fashion photography, advertising, cinematography, and even in the field of painting, as much when he paints in oil as when contact sheets are directly involved. 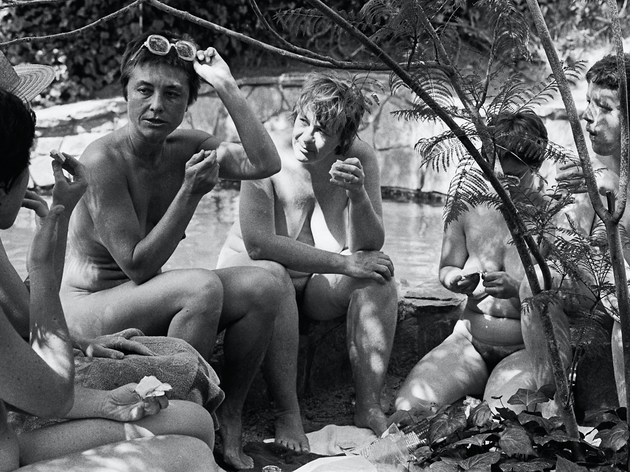 This is the first retrospective here of the work of Barbara Hammer (Los Angeles, 1939 – New York, 2019), an activist and one of the most influential authors of experimental cinema, which covers her 50-year career. A pioneer in exploring from a political point of view lesbian life and sexuality and the meaning of death, as well as the personal and collective stories of those suffering from social marginalization, Hammer made 83 films – both shorts and feature-length – and produced a huge number of collages, drawings, performances, photographs and installations. 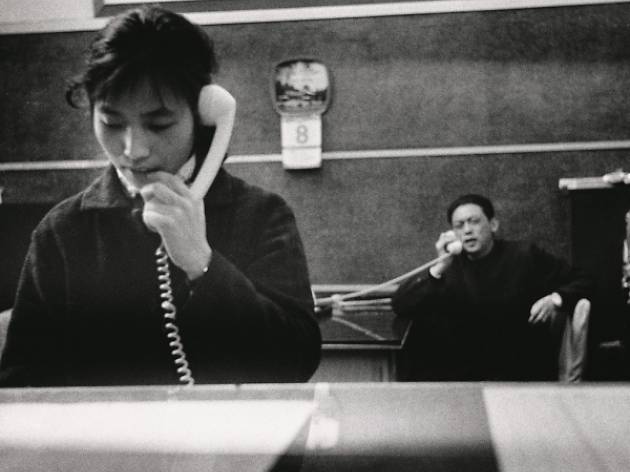 This exhibition is dedicated to Japanese photographer Daido Moriyama, who received the prestigious Hasselblad Award in 2019. Moriyama is one of the most renowned photographers in Japan, praised both for his radical approach to the subjects he deals with, and for his approach to photography itself. 'A Diary' looks back at five decades of Moriyama's career; the artist captured city life and the chaos of daily existence with a language straddling the illusory and the real. Moriyama was one of the prominent names in the 'Provoke' movement, linked to the magazine of the same name, which featured grainy, blurred and unfocused images. Note: Temporarily, the use of a mask will be required to access the exhibition, and you must pay your entrance fee with a debit or credit card (no cash). Capacity is limited. 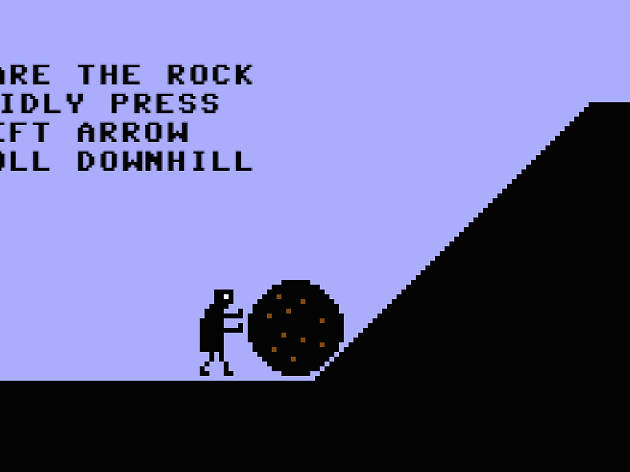 The CCCB invites you to play in this exhibition dedicated to video games. Brought to you by Germany's ZKM Center for Art and Media Karlsruhe and adapted to the local context, the exhibition goes back to the origin of video games, analysing the language used and putting a value on the impact they've had on popular digital culture as well as art and society. 'Gameplay' asserts that video games are culture, and you can make your way through it in a traditional way, following the audiovisuals and the reflections of modern thinkers and authors, or you can interact with the machines via 28 game points, to reconnect with a discipline made up of many disciplines, linking with cinema and literature, and that, despite its perceived dark side, has also become a tool that can be used to spread more just and equitable social values. There's room for nostalgia here, with the first consoles, famous characters and landmark games, but also for discovering names and movements (Mary Flanagan, Harun Farocki, Mónica Rikic, Blast Theory, Roc Herms) that have helped advance the video game universe, as well as various devices that have made us into a video game culture (mobiles, YouTubers, e-sports). Video games aren't just for kids – in fact, the average age of players is 37 – nor are they bad in and of themselves. Find out for yourself in this highly playable exhibition, where Donkey Kong, Monument Valley 2, Pac-man, Super Mario World, Bubbles, Asteroids and many more await you.