Tarragona is much more than the Roman city of Tarraco – it’s also the gothic cathedral, the fishing neighbourhood of Serrallo and the old town (Part Alta). And the Tarragonès region is much more than Tarragona. It’s also Altafulla, Torredembarra and Roda de Berà. In 48 hours, you’ve got the time to see a lot, to visit special parts of Catalonia’s largest southern city, explore the surrounding villages and landscapes, and even take a dip on some of the beaches found in this part of the Costa Daurada.

It may be that the image of the Tarragona Cathedral is not as well-known outside the city as, for instance, the Amphitheatre in Rome. But the Cathedral enjoys an all-encompassing beauty, as you’ll see when you visit. We recommend you book the full guided tour, which includes climbing right to the top of the belltower, possibly the best of its kind in the city. Take heed, though, that you do need to be in shape to get up there, because it involves climbing 150 steps. Once at the top, the splendid views over Tarragona have to be seen to be believed. The guided tour also means you won’t miss a single one of the fascinating features there are to see: the portal and interior of the Cathedral, constructed in a gothic style even though they were begun in a Romanesque style; the cloister, extensive and with abundant sculptural decoration on the capitals, imposts and friezes of the angular pillars; and the excellent collection of the Diocese Museum, with archaeological finds dating from the Roman period – the majority from excavations carried out in the subsoil of the Cathedral itself – and a wide-ranging gallery that encompasses several centuries of art history, goldsmithing and liturgical material.

If the sun is already beginning to set when you come out of the Cathedral, head to the fishing neighbourhood of Serrallo and the Banya lighthouse, from where, if the weather allows, you'll enjoy a special view of the sunset. When you’re ready for dinner, there are great restaurants in the old part of town (Part Alta), with a wide range of places to eat. And we recommend you take advantage to enjoy a good walk both around Serrallo and the old town to discover the unique features of these two areas. 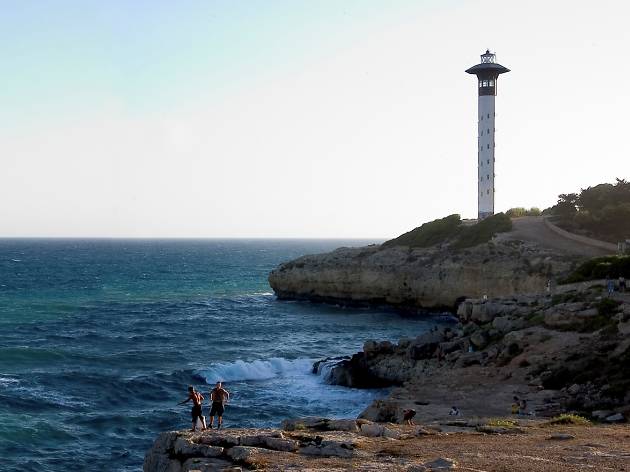 Start the day getting to know Torredembarra and, in particular, its beaches. Canyadell beach is surrounded by cliffs, but for some years now it’s also become famous because it’s the site of the last lighthouse to be built on the Iberian Peninsula in the 20th century. In fact, it was officially inaugurated on December 30, 1999, and it started working on January 1, 2000. Quite apart from this significant timing, the structure, which is the work of architect Josep Llinàs, is also renowned for its height, as it’s the highest of all the lighthouses found on the Catalan coast.

While you’re visiting Torredembarra and its beaches, you should also get to know the Muntanyans beach. Stretching for 2.2km, it has dunes and salt marshes, making it a very important environmental area. Swimming in the sea is not a problem, just make sure you take care with the delicate balance of the ecosystem. 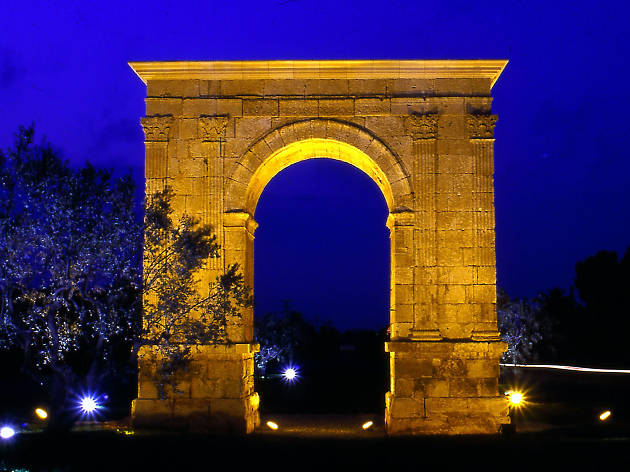 In Torredembarra you’ll find a good selection of restaurants to choose from, and after lunch, we suggest heading to Roda de Berà. Even though the plan was not to spend too much time seeing sights from the Roman period, the Arc de Berà is a landmark that’s hard to miss if you’re travelling by car, and difficult to take your eyes from thanks to the majestic splendour that it retains even after 2,000 years. Unsurprisingly, it’s been declared a UNESCO World Heritage Site.

In the nearby town of Roda de Berà, there’s even more to see. We particularly like C/Major, the whiteness and gabled belltower of Les Monges, an old manor house that was once the school of a convent, and today it’s the Municipal Cultural Centre. At the Castell of Berà, an old country house that has undergone a lot of transformations, the quadrangular tower is a standout feature. It’s also worth going to the viewing point of Pujol de la Morella, from where you’ll have excellent panoramic views of the surrounding areas. And if what you’re really interested in is going to the beach, in Roda de Berà you’ll find some great spots with the fine sand that is so characteristic of the Costa Daurada.

Finish your afternoon by visiting an unusual place. Roc de Sant Gaietà is a residential estate by the sea in Roca de Berà where all the houses have been designed using various historical architectural styles, including Romanic, gothic, renaissance and Arabic, and which in many cases are replicas of actual buildings. For example, you’ll find the door of the Cathedral of Àvila and a wooden Galician 'hórreo' (granary). The result is similar to Poble Espanyol in Barcelona, but has its own appeal because this complex – built in the ’60s and ’70s following an idea of Gaietà Bori – has the air of a fishing village, with pretty spaces such as the garden on the Passeig de la Ribera with hundred-year-old pine trees, bent over as a result of the wind. 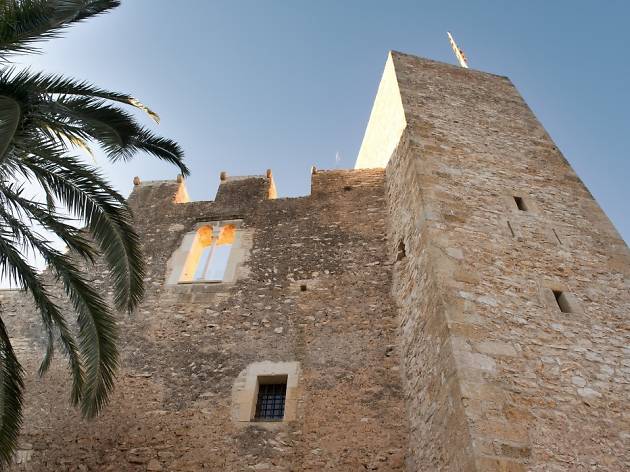 Start the last day of your getaway at the Castle of El Catllar, a building of great historical importance with a study centre for the castles in the Baix Gaià area. The Castle of El Catllar is situated upon the ruins of a fortified Iron Age settlement (fifth to seventh centuries BC) on a hill overlooking the meandering River Gaia. Although indications suggest that the castle dates from the beginning of the 11th century, when the river acted as the border between the Catalan counties and the Moorish kingdom of Al-Andalus, archaeological excavations point to the origins of the fort dating back to the period of Muslim occupation or even earlier.

Guided tours of the castle are available at weekends. These allow you to see the interesting interior of the castle, which was excavated in 2006, uncovering a large number of remains of ceramic, glass and metal objects that were once used by its residents. The moat is still visible outside, and also of interest is the group of archaeological remains known as the Era del Castell, which consists of the remains of the three settlements that once stood at the foot of the castle.

In short, a visit here is a great way to travel back to different eras in the past before getting back to your everyday life. 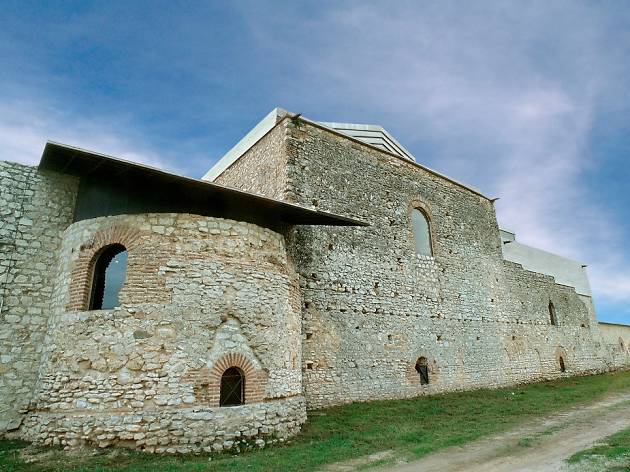 Located in Constantí, just 6 kilometres from Tarragona, is an important monument in Paleochristian art. In one of the rooms you can take in the Roman world's oldest Christian-themed dome mosaic, preserved in its entirety. You can opt to take a guided tour, and they organise activities for kids. The Villa has been declared a UNESCO World Heritage Site. 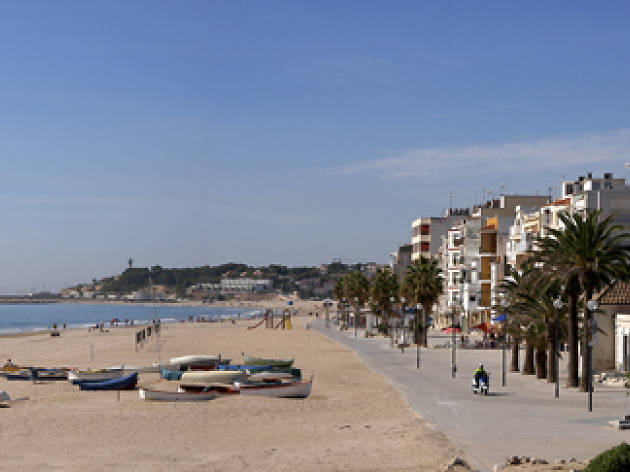 This old house, surrounded by palm trees and located at the end of the Passeig Marítim in Torredembarra, was built at the start of the 20th century by some summer residents of the town, and it’s currently the headquarters for the management of Areas of Natural Interest of the Muntanyans. 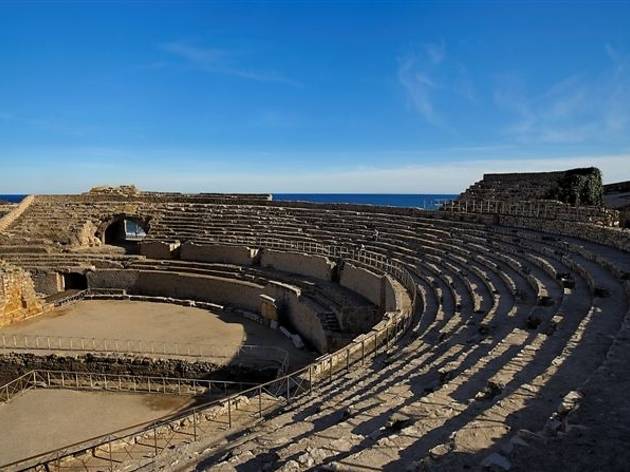 Possibly the best known image of Tarragona is that of its amphitheatre beside the sea. Oval in shape and with the stands sculpted into the rock, it was the venue for gladiatorial combats between men and men and men and animals, as well as for public executions. A Visigoth basilica was built here in the 6th century and it was also the site of the construction of a later medieval church. 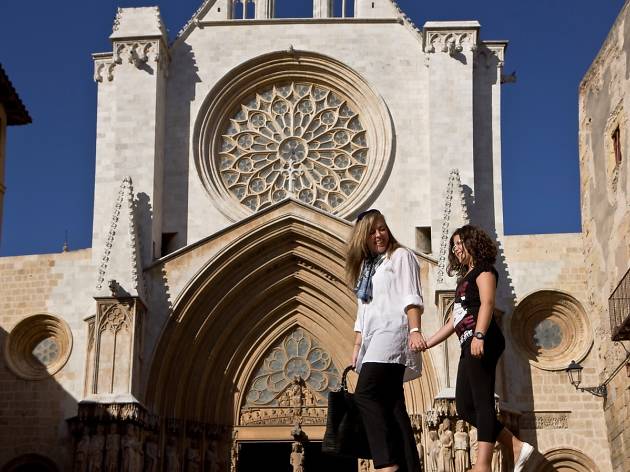 The Cathedral, dedicated to Santa Tecla, stands at the highest point of the city, and was consecrated in 1331. It’s worth visiting to see the cloister, an exceptional architectural and sculptural ensemble dating from the twelfth and thirteenth centuries. The Diocesan Museum has a remarkable collection of tapestries. 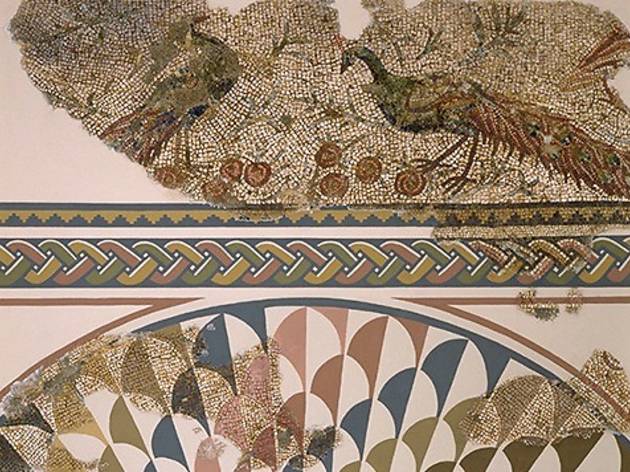 This is the oldest archaeological museum in Catalonia and an important centre for the recovery, conservation, research and dissemination of the heritage of the Roman city of Tarraco and its area of influence. On display are numerous pieces from the Roman era and the mosaics are considered to be of special value. Other sites also make up the museum, including the Roman villas of Munts and Centelles. 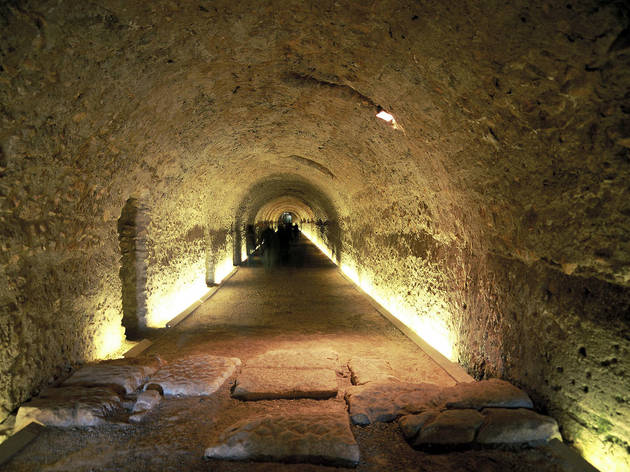 A visit to two of the most important constructions that remain from the Roman period. Firstly the circus, built in the first century AD with an estimated capacity for 30,000 spectators. While a lot of it is now buried under the streets of the city, some of the original construction is still visible. It is connected by underground passageways to the Praetorian tower, which housed the stairs that allowed people to pass from the lower city to the provincial forum, and which, in the sixteenth century, became the palace of the kings of the Crown of Aragon.