Crowdfunding platforms like Kickstarter and Indiegogo are nothing new, having helped a great many projects come to fruition that might not have otherwise found a way since 2008.

Recently, high profile movie projects, such as US indie film 'Dear White People' (which gathered around $40,000 in funding from Indiegogo), has seen a fresh surge in popularity for these fund-raising sites, particularly with budding filmmakers.

Needless to say, Brummies are also getting in on the action and the last few years have seen a number of passionate directors, writers and producers pitching their ideas to the public in an attempt to accumulate even modest funds to get their projects off the ground.

Here are a few highlights of some Birmingham-based projects that have achieved their targets, are still seeking funding or sadly never saw the light of day:

One recent Birmingham Kickstarter success story is that of teenager Max Tobin’s dark comedy, ‘Enrichment’. Tobin sought funds for his debut feature-length film project having already used Kickstarter to fund number of his other short films.

His latest endeavour follows a group of college friends who plan to rob the notorious drug-dealing father of a new student. Twenty-eight backers came together to not only meet, but also surpass the project's initial £1,300 target.

Its appeal may lie in its professional pitch – the project seems to be in the hands of a fully realised production company of creatives that have collaborated on every aspect of the release from its filming, to its soundtrack.

The last few months have also seen the completion of short film ‘Underneath the Bridge’, helped by a crowdfunding boost of just £500 (although it achieved £815)

'Underneath the Bridge' is the story of a desperate woman faced with extortion and the unwanted attention of her obsessive ex. The project also has the additional twist of alternate endings in which either the protagonists or the antagonist could come out on top.

This is another film that used a professional proposal in order to attract potential backers (it even has an official IMDb page). The short film had its first private screening at Birmingham's Electric Cinema in April and is aiming to screen on the festival circuit too.

Another Kickstarter highlight for Midlands-natives is the work of Mike Garrett. ‘Return to Crossroads’ claims to be the ‘definitive documentary on the cult television soap’ and achieved its target in December 2014, securing £2,213 from the generosity of 37 backers.

This straight-to-DVD project, to celebrate the fiftieth anniversary of 'Crossroads', has apparently taken the best part of a decade to complete. Still, featuring interviews with many old cast members and the promise of showing rare archive footage it looks like a must for any fan of this unashamedly low-budget but incredibly popular soap.

In fact, such is the success of 'Return to Crossroads' that a sister project was also launched (‘Crossroads – The Reunion’), which aims to produce a brand new mini-episode of the soap.

Both projects hit their targets in May 2015, so expect them to be available soon.

In 2013, film production company T World entertainment released a brief flurry of social media communications announcing it was starting on a TV series called 'Road'. Then everything went quiet. Two years later, 'Road' has emerged on Indiegogo as a feature film, with 50 minutes of filming completed and a £20,000 funding target to help get it completed.

The story follows a character named Shokka, who was once a runner for the local drug lord. Despite since leaving his gangster lifestyle behind, Shokka is forced back into the criminal underworld to track down the killer of his younger brother.

At the moment, the project has yet to receive any backers, although there seems to be no evidence of any associated perks for doing so. It'll be interesting to see how this one turns out.

The Beheading of Barry Lynch

Another Indiegogo project from Birmingham currently seeking funding (a second round of funding, in fact) is the feature length ‘The Beheading of Barry Lynch’. The film focuses on the race between a bunch of misfits and criminals attempting to hunt down Barry Lynch, who has had a contract put on his head.

The project has a cast and an interesting array of characters and its donor perks range from signed memorabilia to invites to exclusive screenings. However, with five weeks remaining in its campaign and only one percent of its target reached thus far, we will have to wait and whether this Brummie’s efforts will become a success story.

Those ones that didn't make it 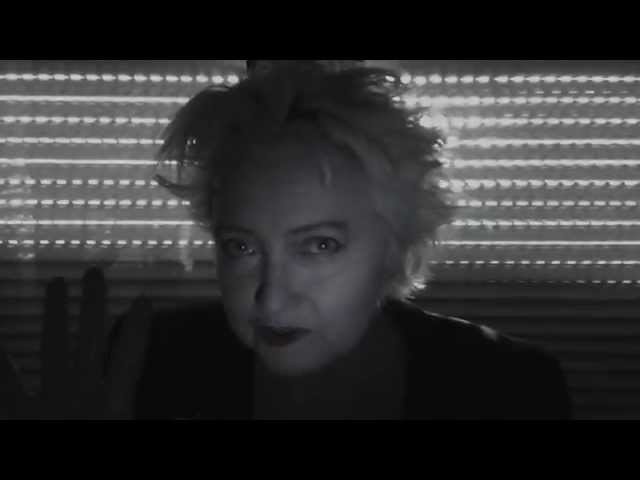 Indeed, for every cinematic triumph there are also a number of unsuccessful projects that have passed through the platform unable to hit their targets.

Filmmakers from in and around Birmingham have pitched ideas including romantic dramas, horror movies (such as 'Bad Medicine' above), psychological thrillers and even an adaptation of a Homeric epic that failed to reach their financial aims.

This may not necessarily have failed due to the quality of the project, more likely the quality of the pitch – crowdfunding platforms are an international arena for not only film lovers but also savvy entrepreneurial creatives who are all competing for public donations.

Nevertheless, crowdfunding websites are still giving Birmingham filmmakers an exciting platform with which to make their cinematic dreams a reality, thanks to the generosity of the online community.

Like movies? Read our reviews of the latest cinematic releases.