My Account My Profile Sign out
My Account
Search
Worldwide North America United States Illinois Chicago Best of 2013: The top 10 classical and new-music albums of the year 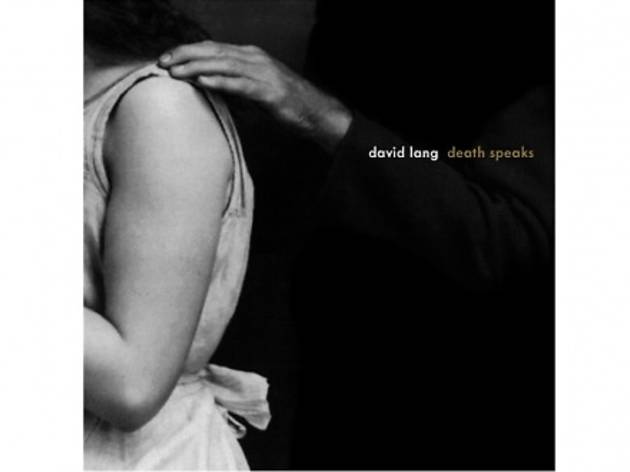 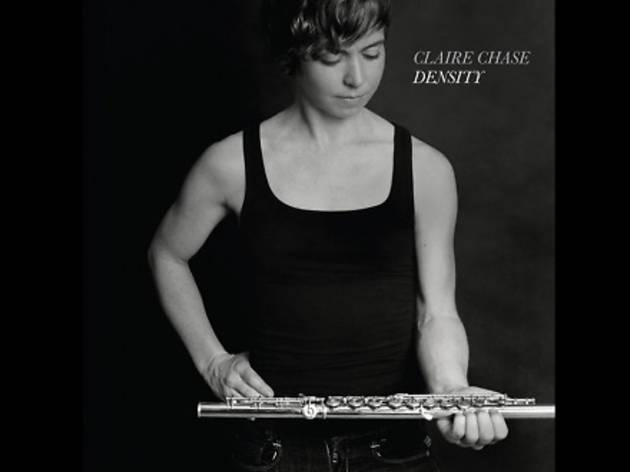 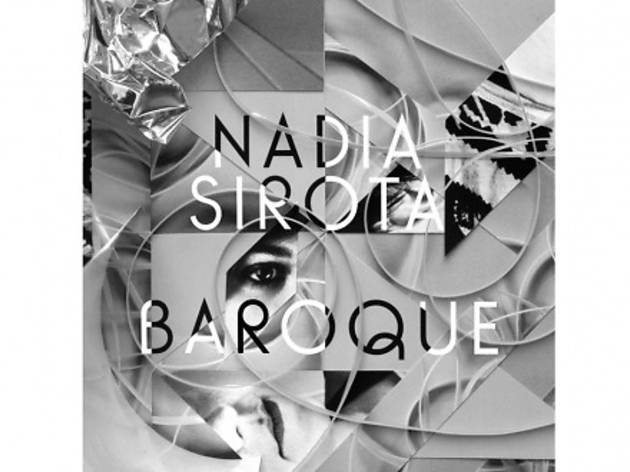 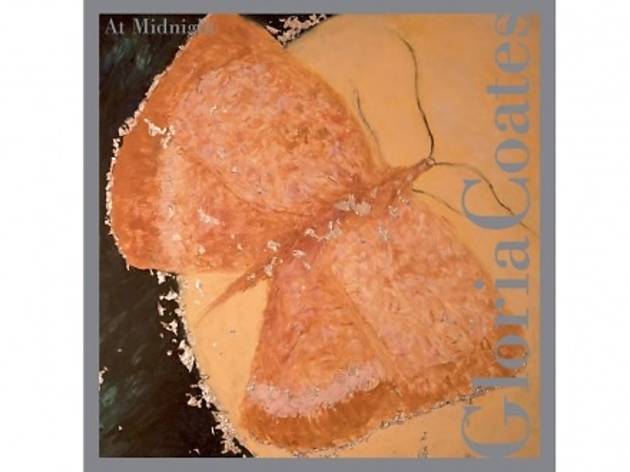 David Lang Death Speaks (Cantaloupe Music)
At his best, composer David Lang possesses the mystifying ability to make the listener feel as though a piece was written for him/her alone. Even the fully-staged production of his Whisper Opera felt like the solitary unearthing of a decomposing and exquisite music box. Death Speaks inhabits a similarly sequestered emotional space, mining the darker texts of Schubert lieder for its lyric sheet. Spare but seductive accompaniment from Bryce Dessner (guitar), Nico Muhly (piano) and Owen Pallett (violin) swirl around Shara Worden’s tempting vocals as the personification of Death. Droplets of guitar and piano are bathed in swaths of melancholy violin sustains, wrapping enchanting lines such as “If there’s an eye still open / Grieving / Sweet sleep / Close it for me,” like a collar of black lace. It may be advisable to keep this one off the “Party Mix” playlist, but Death Speaks is well worth multiple rotations. Special mention is due art director Denise Burt (Elevator Design) for the year’s most arresting and memorable album cover.

Nadia Sirota Baroque (Bedroom Community / New Amsterdam Records)
Few violists are shaping the current narrative around the instrument as effectively as Nadia Sirota. For her sophomore album, Baroque, Sirota delights in the largely tonal, rhythmically-driven scores of Judd Greenstein, Shara Worden, Missy Mazzoli, Paul Corley and Daníel Bjarnason, and the performances within are both plush and inviting. Worden’s “From the Invisible to the Visible” would not sound out of place on Daft Punk’s Tron soundtrack, had the characters ducked into a show at Le Poisson Rouge. Bjarnason’s “Sleep Variations,” another Baroque highlight, finds an multi-overdubbed Sirota scattering desiccated col legno torrents over expansive, expertly-executed solos. The Bedroom Community record label seems to be in the habit of releasing only superb material, and Baroque is no exception.

Gloria Coates At Midnight (Tzadik)
It is simply perplexing that the name Gloria Coates is not a household one, even in new-music circles. The craftsmanship is concert hall–ready and scores written as far back as the 1960s and '70s continue to sound progressive in 2013. That the first three tracks of this album were performed by a group of college students speaks to both the abilities of the musicians as well as the potency of the writing. For Holographic Universe (1975), the Cambridge University Orchestra and violin soloist Peter Sheppard Skaerved hurl up and down Coates’s glissandi (a signature of her music), pulling the perspective of the listener in and out simultaneously in a kind of aural vertigo. On “Among the Asteroids” The Kreutzer Quartet catapults beyond the earth’s atmosphere and in amongst the uninviting projectiles of space. Ferociously scrubbed strings create palpable heat as plucked slides and high-altitude harmonics leave the listener spinning in zero gravity. This is escapism at its best, and one can only hope that the release of this composer portrait album on John Zorn’s Tzadik label will get Coates’s gripping sounds in a host of new ears.

Claire Chase Density (New Focus Recordings)
If being a fan of Claire Chase means being on a bandwagon, get ready to ride that wagon at full tilt into the sunset. The International Contemporary Ensemble founder’s third solo record, Density, completes a new-music hat-trick both conceptually and in its impeccable execution. Beginning with Steve Reich’s 11-flute “Vermont Counterpoint” and incrementally reducing the number of instruments piece by piece before arriving at Edgard Varèse’s “Density 21.5,” Chases’s peeled onion of a track list never sags. Take Marcos Balter’s “Pessoa” for six bass flutes, in which languid incantations envelop the ears like a pail of warm milk spilling out over a polished wooden floor. In Mario Diaz de León’s “Luciform,” electronics erect a foreboding prison of bass around the solo flute, played here with impressive technical dexterity and an enthralling breathlessness by Chase. For Density, the journey is the thing, so listeners are advised to set aside the full hour and a quarter for maximum gratification.

Jeremy Denk J.S. Bach Goldberg Variations (Nonesuch)
Combine the nightmare of finding yourself naked at the grocery with that of taking the stage for a piano recital with elk hooves for hands and you’ll be approaching the anxiety more than one soloist has described when it comes to Bach’s Goldberg Variations. For the audience, recognizing a wrong note or stumbled run is about as difficult as identifying Randy Quaid in a lineup. This is all to say Jeremy Denk’s sterling counterpoint and organic phrasing in his Goldberg entry is emblematic of a determined and courageous disposition. No rubato taken here feels like an imposition, and Denk’s touch is sensuous without stepping into the realm of splashy opulence. The fluidity with which he unfurls Variation 13 is worth the purchase alone, and the final Aria da capo is revelatory in its encapsulation and conclusion of the album-long journey.

Jace Clayton The Julius Eastman Memory Depot (New Amsterdam Records)
Inexorable, plunging piano riffs define composer Julius Eastman’s intimidating score, “Evil Nigger,” here re-imagined by Jace Clayton (a.k.a. DJ /rupture) for the first-half one of the year’s most important albums. “Important" because eventual homelessness and an existence at the fringes of the classical music establishment left Eastman with a largely nebulous legacy following his death. As the piece title above might suggest, the composer was a provocateur, whose music was as much instigation as sonic experience. Here, Clayton processes the piano duet of performers David Friend and Emily Manzo through custom-built software, at certain moments shifting the sound image from out in the hall, so to speak, to within kissing distance of the listener. The synthesis of the original material and the electro-acoustically enhanced additions by Clayton form an absorbing whole, and one through which a new generation can discover an often overlooked and brilliant corner of the classical canon.

Frank Bretschneider super.trigger (raster-noton)
Bretschneider might be accurately pegged as an avant-garde-ist, but his latest gulps and glitches are all groove. Despite the fact that super.trigger is entirely rendered through a computer, Bretschneider breathes compelling soul into these cuts, transforming 1s and 0s into a dynamic, ambulatory organism. Timbres are manipulated with a finesse not unlike the myriad possibilities of a bow on a cello. “flicker.funk” peppers a familiar hip-hop bass line with squeezed tenor exclamations and flickers of high-frequency sighs, displacing the downbeat to keep the listener guessing. Those tired of four-to-the-floor dance music but not ready for the more antagonistic side of experimental electronic music will find an inviting inroads here. New-music performers, welcome to your pre-show soundtrack.

Tony Arnold and Jacob Greenberg Harawi (New Focus Recordings)
Radiohead’s Jonny Greenwood is an Olivier Messiaen fan, and you will be too…in the deft hands (and vocal chords) of Tony Arnold and Jacob Greenberg, anyway. Enamored with the plot similarities between Wagner’s Tristan und Isolde and the Andean love-death songs known as Harawi, Messiaen created a fated romance of his own, here invigorated by two titans of the new-music community. A soprano of formidable range and extensive timbral palette, Arnold navigates the dichotomies of introversion and extroversion, dreamy infatuation and bold pronouncement, with unencumbered tone and bright delivery of the text. The resoluteness, almost defiant approach Arnold offers in No. 7, “Adieu,” could be inserted at the conclusion of any staged drama’s second act, regardless of plot, and it would induce an ovation. More symphony orchestra than mere piano, Greenberg unleashes behemoth chords in his finale of the same movement. Whether shadowing, buoying or commenting, Greenberg proves himself a near-clairvoyant collaborator.

Third Coast Percussion Resounding Earth (New Focus Recordings)
The decay of a bell ring can be mapped linearly, but the resonance of struck metal contains in it an element of eternity, floating away rather than being extinguished. Augusta Read Thomas’s new four-movement commission for Third Coast Percussion, Resounding Earth, embraces the spiritual connotations of these instruments with titles “Invocation,” “Prayer,” “Mantra” and “Reverie Carillon.” The exuberant trades and dueting of the opening “Invocation” lift skyward as though each bell were tethered to a helium balloon. The dynamic range on display throughout the album further magnifies the elysian quality of Thomas’s writing, and Third Coast’s performance is as synchronous as it is dramatically fertile. Toss out those Deepak Chopra guided meditations cassettes and find a true state of bliss (with 100% less synthesizer) in Resounding Earth.

ECM Selected Signs III - VIII (ECM)
With its now vast catalogue, the ECM archives can be a harrowing, if enticing, endeavor. The label has done the heavy lifting in this regard with its Selected Signs III - VIII box set, collecting excerpts and single movements to highlight the cross-discipline, collaborative spirit ECM has championed for decades. The result is unexpected conversations between György Kurtág and Meredith Monk or between Gary Peacock and Frode Haltli, offering one of the most galvanizing mix tapes I’ve come across. The common thread here is ECM’s sterling recording captures which have a way of depositing the listener into a chair on stage with the performers. Standout tracks include John Tavener’s “Funeral Canticle,” a contemplative and aching work here transmitted elegantly by the Choir and Orchestra of the Academy of Ancient Music and the Largo from Giya Kancheli’s “Vom Winde beweint,” which receives a brooding performance from violist nonpareil Kim Kashkashian.