2014 is a year that will be remembered as tumultuous, in everything from weather to politics. Polar vortices, Ferguson, Crimea, midterm elections, Ebola, NFL misconduct, drought, et al. Eek. Yet the most purchased, played and streamed songs of the year were "Happy," "Let It Go" and "Shake It Off." This is probably not a coincidence.

And yet we still turn to the LP, and not merely for escape. For the first time, all of Time Out North America collaborated on this best albums of 2014 list. While there was not much consensus (outside of Todd Terje), our favorite records reflected our mercurial tastes and moods, ranging from the romantic to the political. If there's a common thread amid this mish-mash of hip-hop, brokenhearted folk, dance club jams and nostalgic pop, it's that each feels deeply personal.

What did you think were the best albums of 2014? Tell us in the comments below. 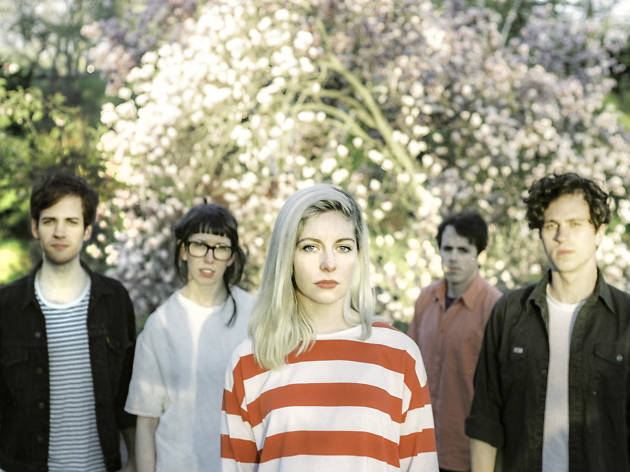 In the vein of such jangle-pop virtuosos as Camera Obscura, Toronto's Alvvays delivered a terrifically romantic, tender-hearted debut album. Wrap your ears around the lead single "Marry Me, Archie" to get a taster—it's kinda funny, kinda melancholy and may even make you wanna do an expressive ice-skating dance.—Sophie Harris 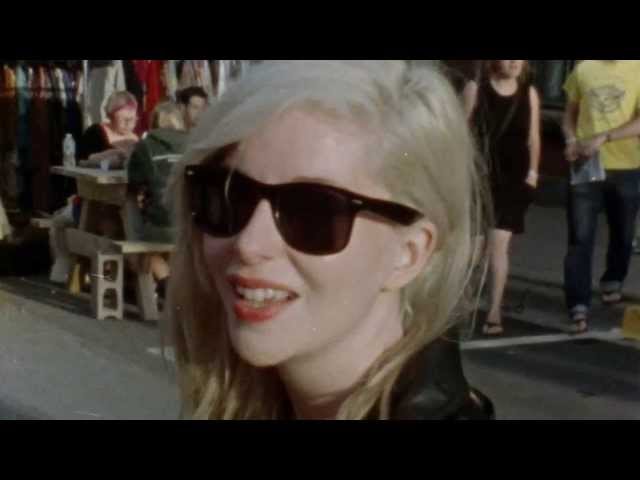 Chris Clark’s approach to electronic music is more akin to the original Star Wars trilogy than the prequels, presenting the musical equivalent of a “used future” that’s a little rough around the edges. On his self-titled record, the British producer finds the sonic beauty in squelching synthesizers and gritty samples, reveling in the imperfections of his instruments rather than covering them in a thick coat of studio gloss. The result is a symphony of dancehall beats (“Unfurla”) and atmospheric drones (“Petroleum Tinged”) that would be right at home on the soundtrack to the ill-advised Blade Runner sequel.—Zach Long 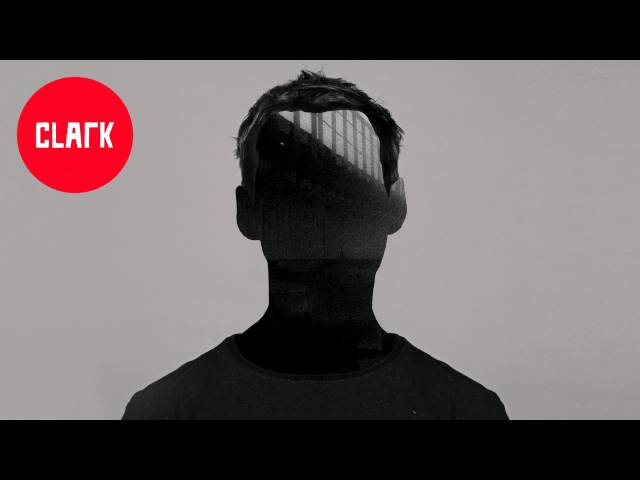 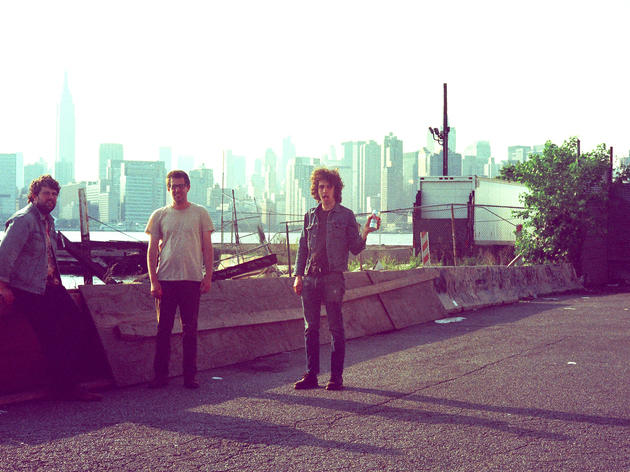 Simply put, this trio of Long Island–bred Brooklynites put out the garage-pop album of the year. It's an ambitious, classic-sounding double-LP with an ambling, summery rhythm and plenty of worthwhile digressions. Chuck Betz's narrator always seems to be saying goodbye either with a tear or a middle finger. Here's hoping these guys stay around for a while.—Andrew Frisicano 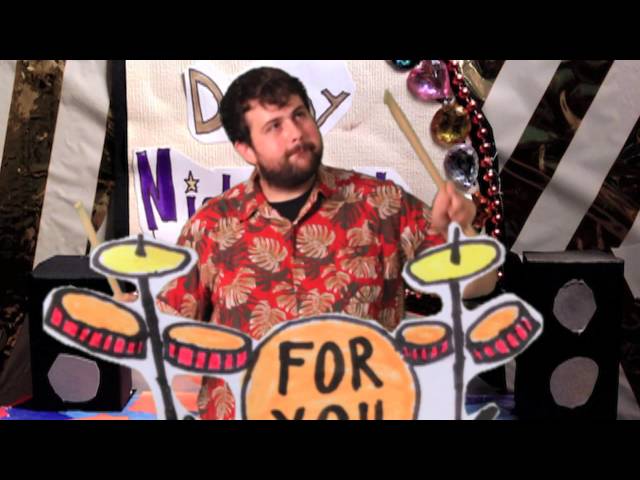 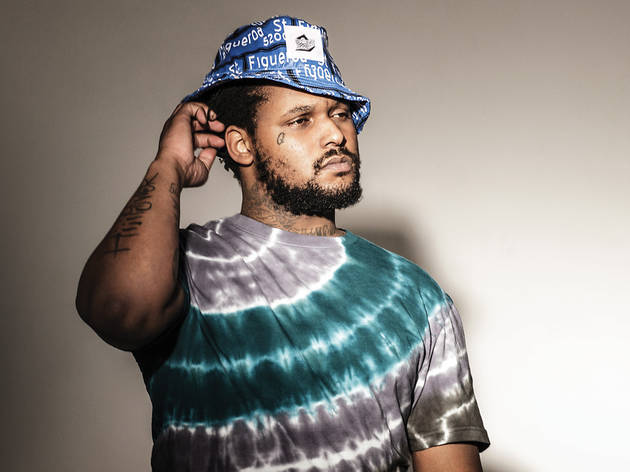 Kendrick yearns to be a poet, Kanye aches to be an artist, Jay Z wants to be a business mogul. There's something refreshing about a dude like Q who just wants to rap. His stellar first major-label album, Oxymoron, can bang like both Cypress Hill and Hudson Mohawke, while covering his troubles, traumas and taunts. Q is helping bring hip-hop back to the West Coast gangsta sounds of the '90s, mixing Dre-like lean with modern darkwave bounce. It was the barbecue soundtrack of 2014.—Brent DiCrescenzo 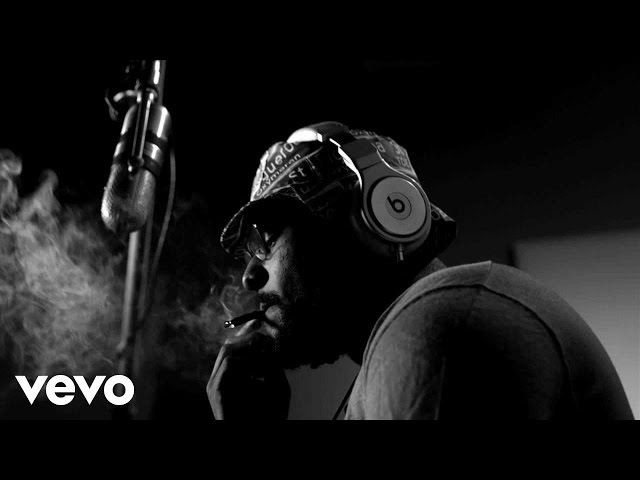 Mark McGuire’s first post-Emeralds solo record has an appropriately New Agey theme: It’s about the journey of self-discovery. Luckily, Along the Way doesn’t concern itself with complete reinvention—the record is filled with the looping synths, haunting drones and cathartic guitar solos that characterized McGuire’s work with his former band. Left to his own devices, he strings together densely layered, deeply personal tracks that sometimes feel like intimate glimpses into McGuire’s stream of consciousness.—ZL 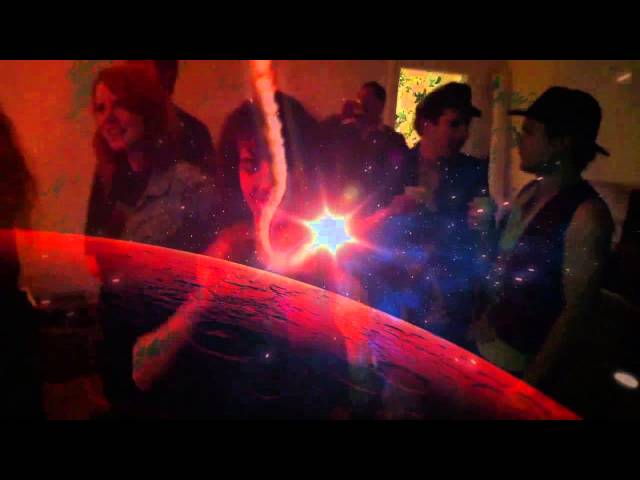 Last year, the future of the Omar Rodríguez-López / Cedric Bixler-Zavala partnership—the pairing that brought us some of the most ambitious, dazzlingly intense post-hardcore and neo-prog of the past 15 years, via At the Drive-In and the Mars Volta—looked decidedly dim. What a treat, then, to find these two not only reuniting under the Antemasque banner this past spring, but issuing a stellar debut seven months later, a record packed with concise, hooky, super-energetic songs and free of the meandering bloat that plagued the Mars Volta discography. More, please.—Hank Shteamer 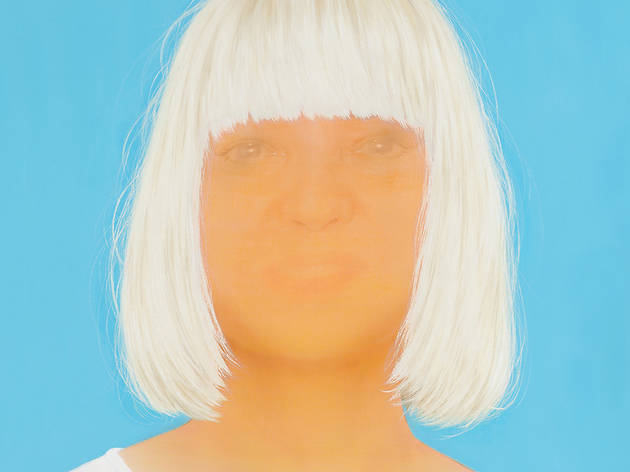 Australian pop songwriter Sia is something of a secret weapon, tapped by artists looking for powerhouse hooks (see Rihanna's "Diamonds," David Guetta's "Titanium"). Her own record has those, but it's her gutsy vocal work that makes them soar, as in the Amy Winehouse–esque soul of "Hostage" and the at-the-limits desperation of "Eye of the Needle." If you haven't delved in her world, her oddball videos and live performances are a great place to start.—AF 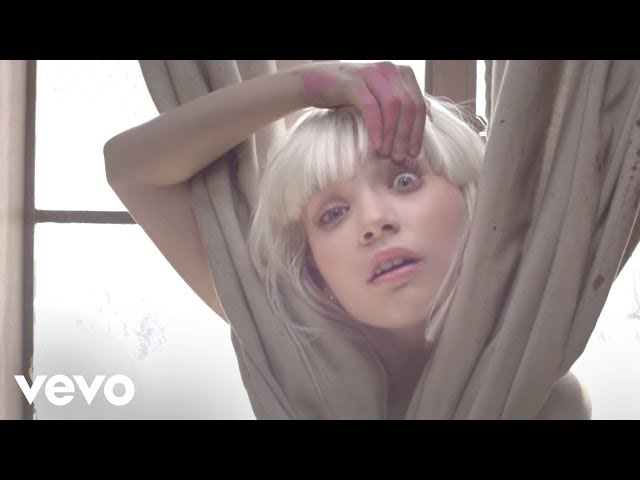 Following his spectacular 2012 debut, Pluto, it's great to see Atlanta rapper Future's AutoTune haze continuing to evolve. On Honest he melds triumphant anthems with surprisingly tender love songs. "I Won" is both at the same time. The guest spots are selective and well-suited to each artist: Pharrell and Pusha T crush their verses on drug-dealing ode "Move that Dope," while Kanye boasts about his marriage like only he can.—AF 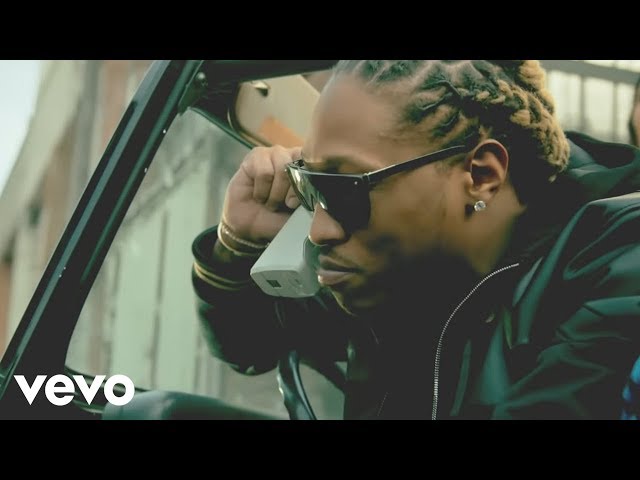 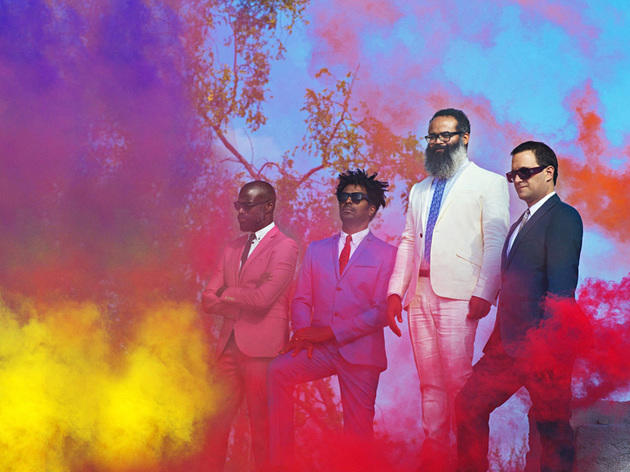 Somehow TVOTR sound reenergized with every new album—and this is resoundingly evident in the band's sixth record. Seeds plays as a breakup album and folds equal parts playfulness and ah-fuckit despair into its mix. It's also the group's first outing without bassist Gerard Smith, who died in 2011, and feels like a courageous step into a future where nothing is guaranteed.—SH 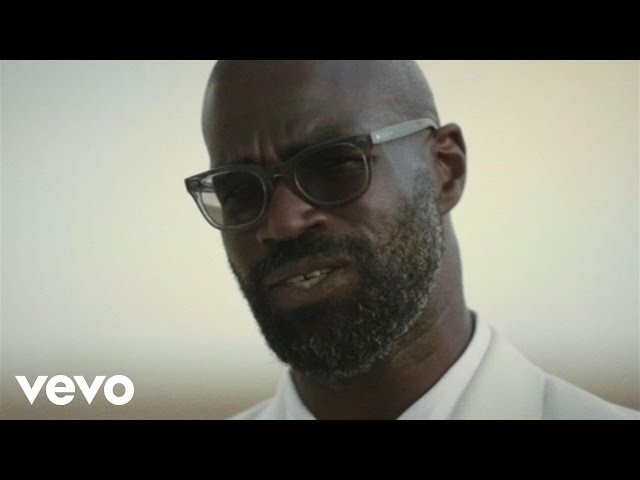 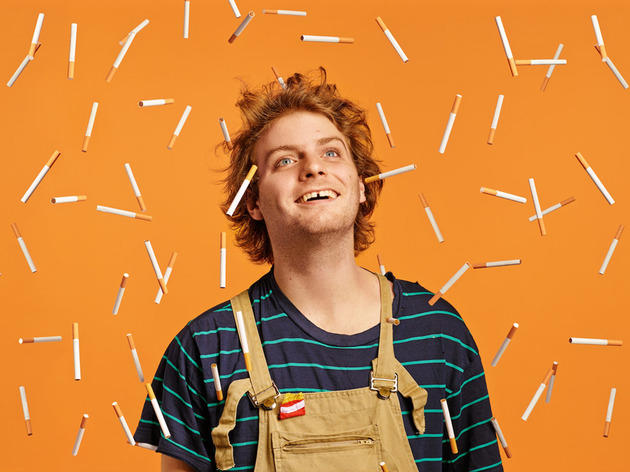 The Canadian's prior album, 2012's 2, was one of the year's best, displaying unexpected depth that reflected a saddened version of the prankster, one begging forgiveness for all his mischief. His new album, Salad Days, has a lot to live up to—and it does. At various moments it can sound like Caetano Veloso ("Let My Baby Stay"), McCartney ("Treat Her Better") and Clapton ("Brother"), as heard on a sun-damaged cassette. The cigarette-aged 23-year-old strikes you as the kind of go-nowhere guy you'd want to hang on your back porch, drinking brews and cracking jokes. Then he reminds you we're all gonna die. But he makes you feel okay about it.—BD 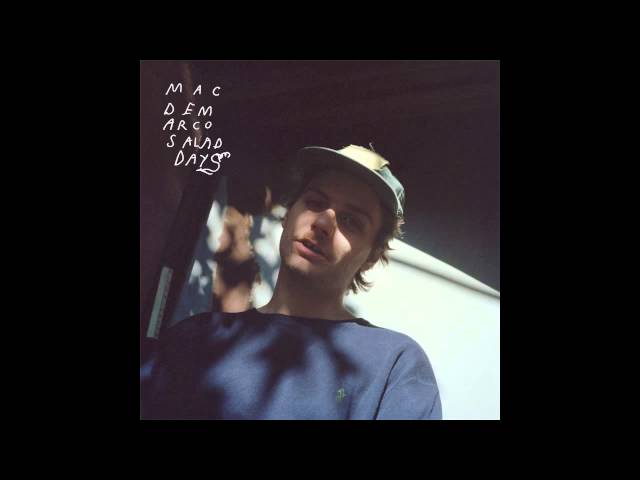 Show more
Get us in your inbox