11 times actors threw their own movies under the bus

Like Dakota Johnson and ‘50 Shades of Grey’, these stars have major regrets

Acting is a job. Even at the most elite level, Hollywood actors are still putting in work, even if, from the outside, it doesn’t look like the work the rest of us are accustomed to doing. And just like you, that means that, every once in a while, an actor is going to do something simply to collect a paycheck – and then regret it later.

Recently, in an interview with Vanity Fair, the actress – currently set to star in the upcoming Netflix adaptation of the Jane Austen novel Persuasion – discussed the ‘battle’ of making the 50 Shades of Grey movie trilogy that launched her career.

The casting of Johnson and co-star Jamie Dornan in the leading roles, along with Sam Taylor-Wood on directing duties, lent a veneer of arthouse credibility to the fetish literature blockbusters. But the final product was plagued with hammy dialogue and cringe-inducing sex scenes. ‘I signed up to do a very different version of the film we ended up making,’ Johnson said, expanding on 50 Shades author EL James’s insistence on having ‘a lot of creative control, all day, every day, and she just demanded that certain things happen.

Johnson is hardly the first actor to express some embarrassment over their acting choices. Here are a few other notable occasions when Hollywood’s A-list spoke put the boot in on their own work.

11 times actors disowned their own films 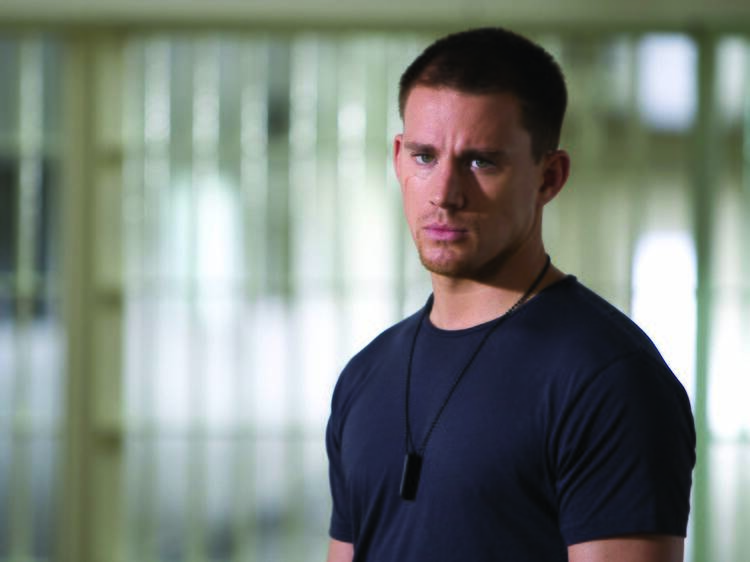 Fresh from the massive success of Transformers, Hasbro looked at their other properties to launch new movie franchises from beloved toys. In came 2009’s G.I. Joe: The Rise of Cobra, with Channing Tatum taking on the lead role based on the military figurine. But the then-rising star didn’t enlist for the part so much as he was conscripted into it – he’d signed a three-movie deal with Paramount, and the studio basically forced him into it. 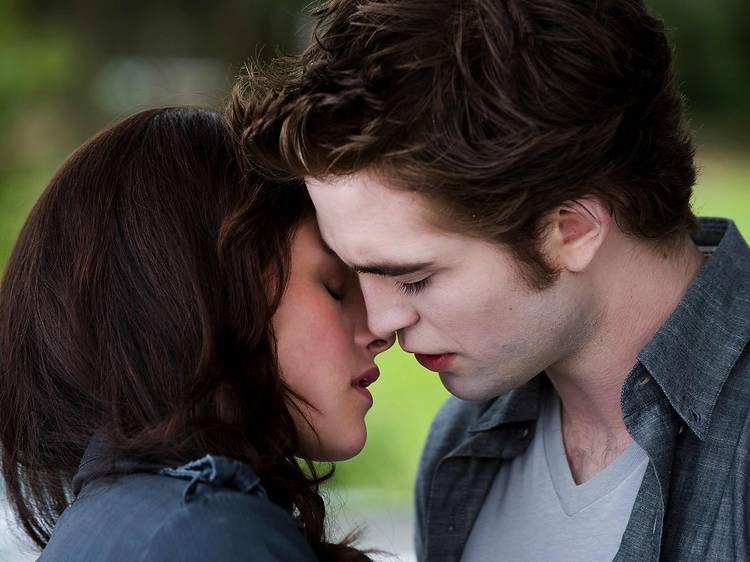 2. Robert Pattinson on ‘The Twilight Saga’

R-Patz made his name playing a sparkly emo vampire in the mega-popular adaptation of Stephenie Meyers’ novels, and has spent the last decade trying to live the role down. The dude talks shit about the movies so often there’s a whole Tumblr account dedicated to his criticisms of the franchise.

What he said: ‘There's a lot of stuff in the Twilight world that doesn't make sense. It's like, why are they still going to high school? Like, up until last year? They're a hundred years old.’ 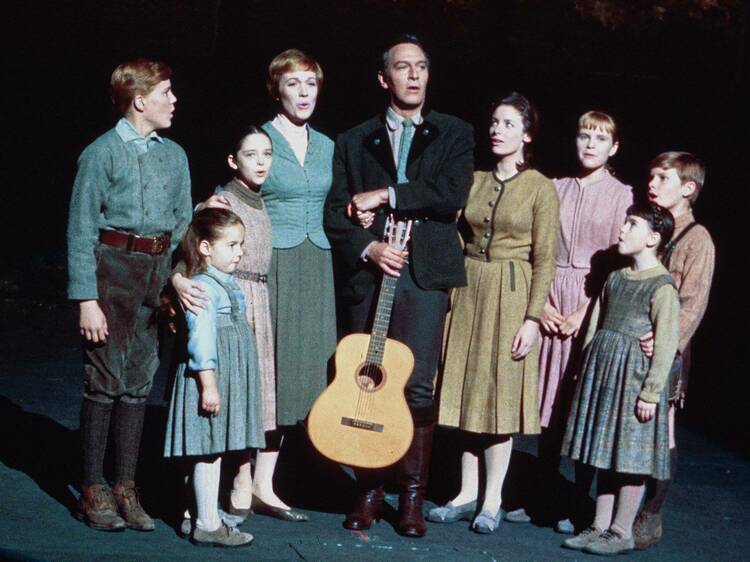 3. Christopher Plummer on ‘The Sound of Music’

Who doesn’t love this heartwarming musical classic about the singing Von Trapp Family? Old Daddy Von Trapp himself, apparently. Over the years, the late acting legend grumbled repeatedly about how much the role came to define his career. He even referred to it as ‘the Sound of Mucus’ in the New York Times.

What he said: ‘It was so awful and sentimental and gooey. You had to work terribly hard to try and infuse some minuscule bit of humour into it.’ 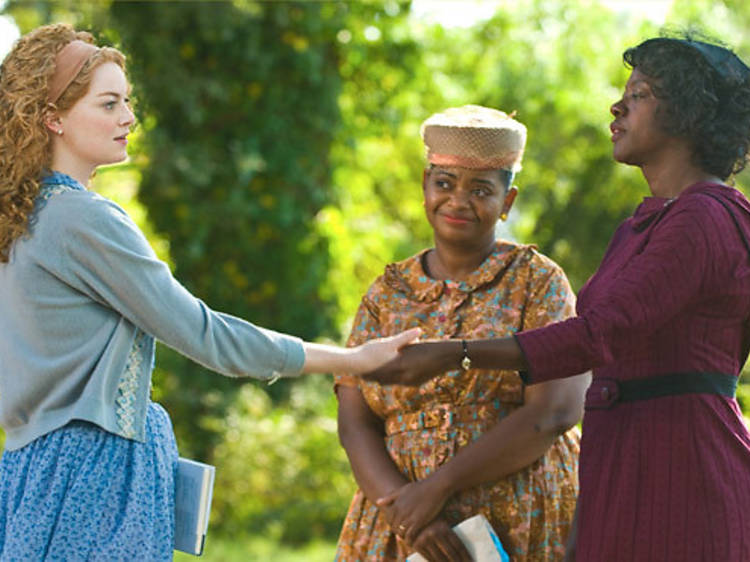 Although it earned her a nomination for Best Actress, Viola Davis has conflicted views about her role as maid Aibileen Clark in period drama The Help. She has stressed that her issue with the movie was never about the crew or her experience during filming. But she has expressed regret over the film’s representation of her character’s story.

What she said: ‘I just felt that at the end of the day, that it wasn’t the voices of the maids that were heard…. I know that if you do a movie where the whole premise is “I want to know what it feels like to work for white people and to bring up children in 1963,” I want to hear how you really feel about it. I never heard that in the course of the movie.’ 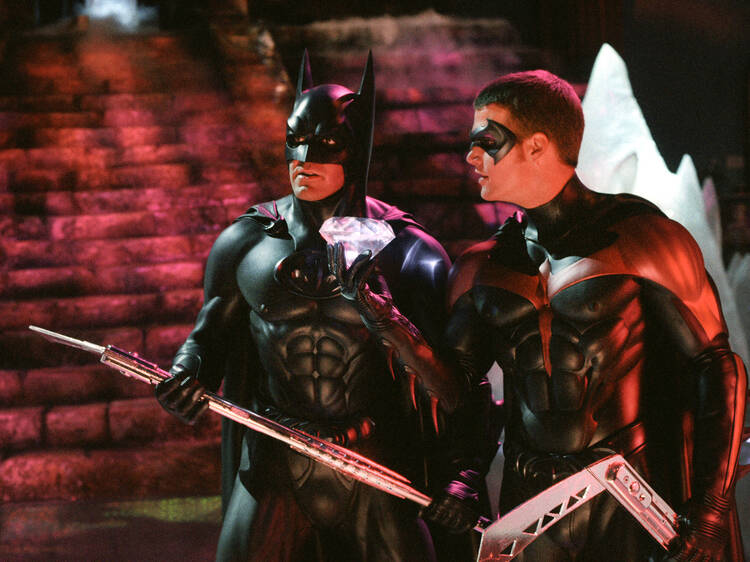 5. George Clooney on ‘Batman and Robin’

Before Christopher Nolan could resurrect the Batman franchise, someone had to kill the old version first, and that person was George Clooney. The silver fox’s first and only outing as the caped crusader saw him battle Arnold Schwarzenegger’s Mr Freeze, and the movie left the leading man feeling ice cold – and we’re not just talking about his nipply Batsuit.

What he said: ‘It was a difficult film to be good in. With hindsight, it’s easy to look back at this and go, “Woah, that was really shit and I was really bad in it.”’ 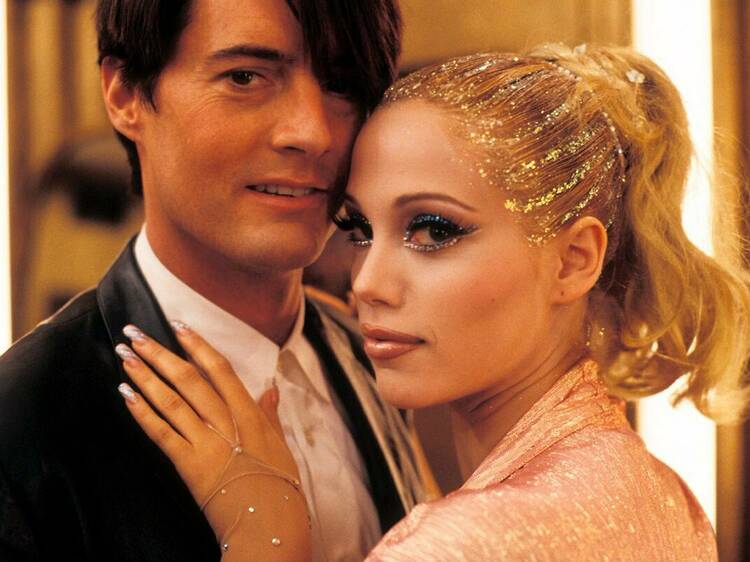 Few movies have ever flopped as hard as Paul Verhoeven’s tawdry tale of backstabbing Las Vegas strippers. Ironists have since reclaimed the film as a trash classic, but most of the cast have yet to come around. No one may be more embarrassed than Kyle MacLachlan, playing a sleazy casino owner who enjoys a wet-and-wild tryst with star Elizabeth Berkeley in what might be the most unsexy sex scene ever caught on tape.

What he said: ‘It's a very slow, sinking feeling when you're watching the movie, and the first scene comes out, and you're like, "Oh, that's a really bad scene." And you somehow try to convince yourself that it's going to get better… and it just gets worse.’ 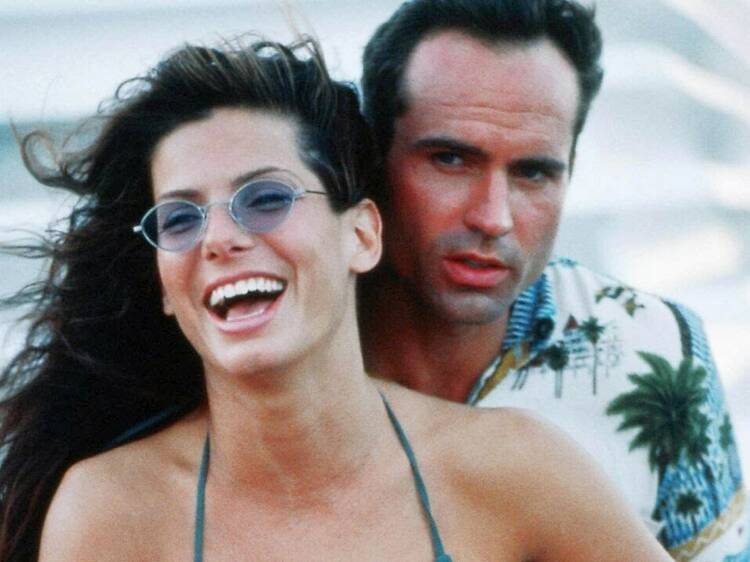 The original Speed is a ’90s classic with a brilliantly stupid premise: there’s a bomb on a Los Angeles city bus, and it’ll detonate if the vehicle falls below 50 mph. The sequel, which transposes the action to a cruise liner, is just stupid. Keanu Reeves was smart enough to abandon ship, leaving co-star Sandra Bullock (along with replacement hunk Jason Patric) to face a critical drubbing.

What she said: ‘Makes no sense: slow boat, slowly going towards an island. That's one that I wished I hadn't done.’ 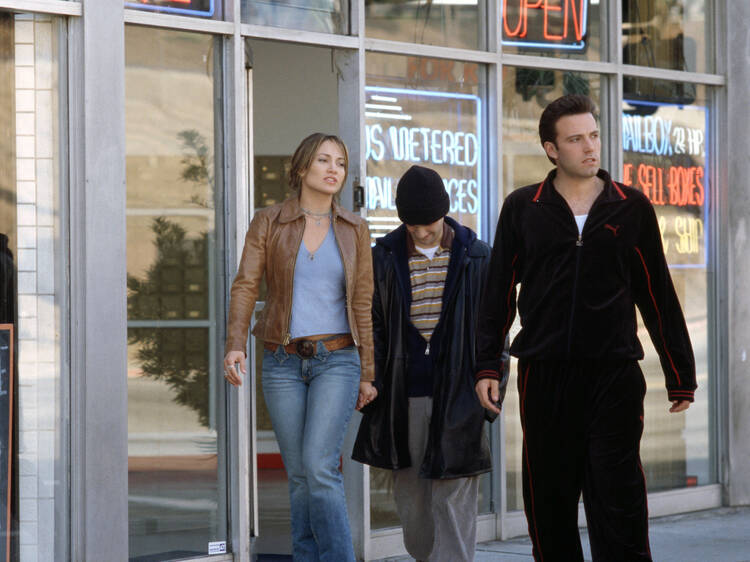 If you want to know the origin of Ben Affleck’s current ‘perpetually exhausted and depressed’ vibe, look no further than this miserable crime comedy. Despite an all-star cast, it bombed huge at the box office and was stomped into the dust by critics. Affleck says the savage reviews caused him to reevaluate his career and pushed him toward directing, but that hasn’t led him to see the movie as anything other than an almost mythic failure. 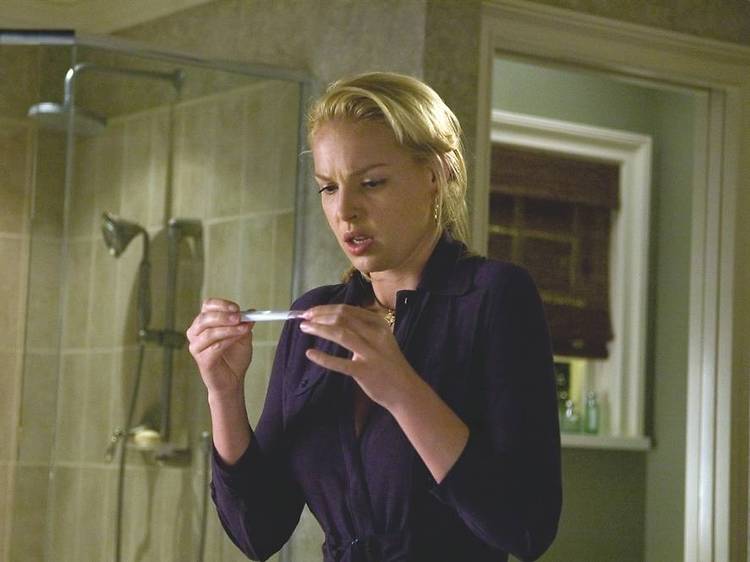 9. Katherine Heigl on ‘Knocked Up

In a semi-infamous Vanity Fair interview, Heigl – already not terribly popular in certain circles – criticised the Judd Apatow pregnancy comedy she co-starred in, referring to the movie as ‘a little sexist’ for being far more sympathetic to Seth Rogen’s schlubby manchild than her character. She later clarified that she was referring more to her role specifically than the film overall, but frankly, she did have a point.

What she said: ‘It paints the women as shrews, as humourless and uptight and it paints the men as lovable, goofy, fun-loving guys. Why is this how you're portraying women?’ 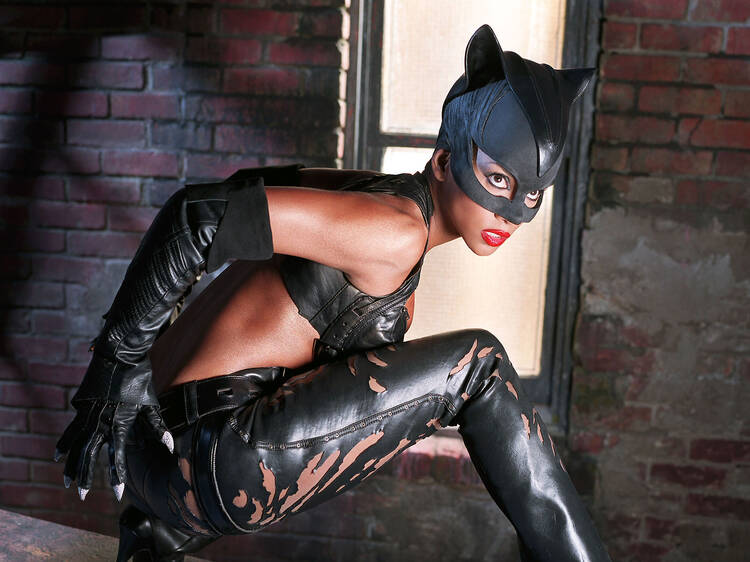 Admittedly, Halle Berry was an inspired bit of casting – it’s just a shame that no one involved with the Batman spin-off had any other decent ideas. (All you really need to see is the seizure-inducing basketball scene to get an idea of how bad it is.) To her credit, Berry’s always been a great sport about appearing in what’s possibly the worst comic-book movie ever. She actually showed up to collect her Razzie award for Worst Actress – then promptly burned the statuette.

What she said: ‘First of all, I want to thank Warner Bros. for putting me in a piece-of-shit, godawful movie. It was just what my career needed!’ 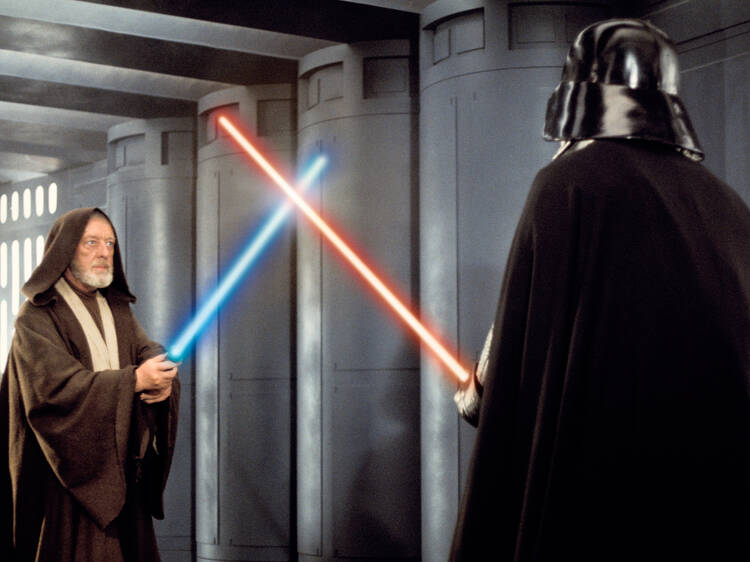 Nowadays, most actors would kick their own mother into a Sarlacc Pit just to have a background role in something Star Wars-related. But the OG Obi-Wan always felt a bit conflicted over his involvement with the franchise, referring to it as ‘fairy-tale rubbish’ in a private letter before A New Hope even came out, and lamenting how big it ended up becoming. And he didn’t live long enough to see its part of its fandom become a cesspool.

What he said: ‘Apart from the money, I regret having embarked on the film.’