All the Harry Potter films, ranked from best to worst

From ‘The Philosopher’s Stone’ to ‘Fantastic Beasts’, we break down all the movies set in JK Rowling’s wizarding world

The Harry Potter movies and their ‘Fantastic Beasts’ spin-off series have made buckets of dosh at the box office but rarely bother the critics’ best-of-year lists. But while some films in the series can be easily dismissed (‘Chamber of Secrets’, we’re looking at you), others deserve to be taken seriously – not just for the attention-grabbing design and special effects, but for their brilliant character work and razor-sharp storytelling. To that end, we’ve ranked the series in best-to-worst order.

RECOMMENDED: Your guide to everything Harry Potter in London. 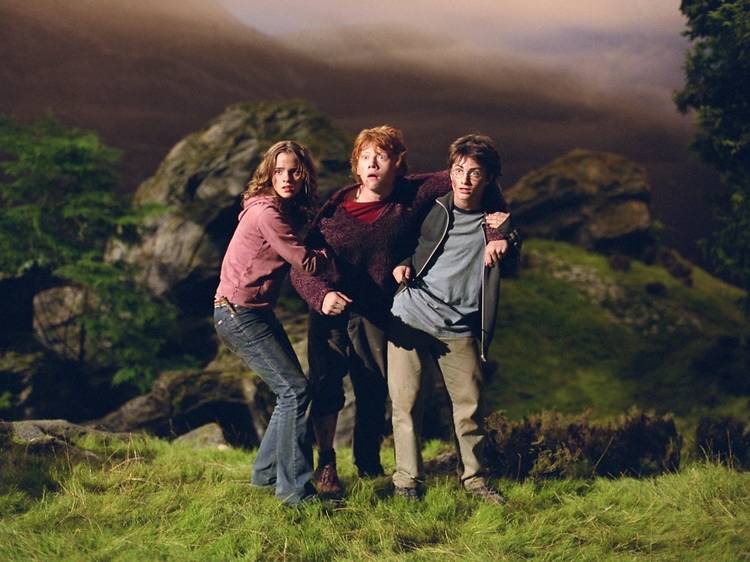 The one with... The time-turner, the Patronus charm, the werewolf, the Whomping Willow and the Ian Brown cameo.

The weakest of JK Rowling’s books became the best of the Potter movies. Getting ‘Gravity’ director Alfonso Cuarón behind the camera was a masterstroke: his eye for visual detail resulted in the most immersive film of the series. The performances are natural, the sense of time passing is weirdly affecting and the scary scenes feel like ‘The Evil Dead’ reimagined for BBC teatime. The result might be the best kids’ film of the century – so far.

Hero of the hour This is the one where Hermione punches Draco Malfoy in the face. So it’s her, obviously. 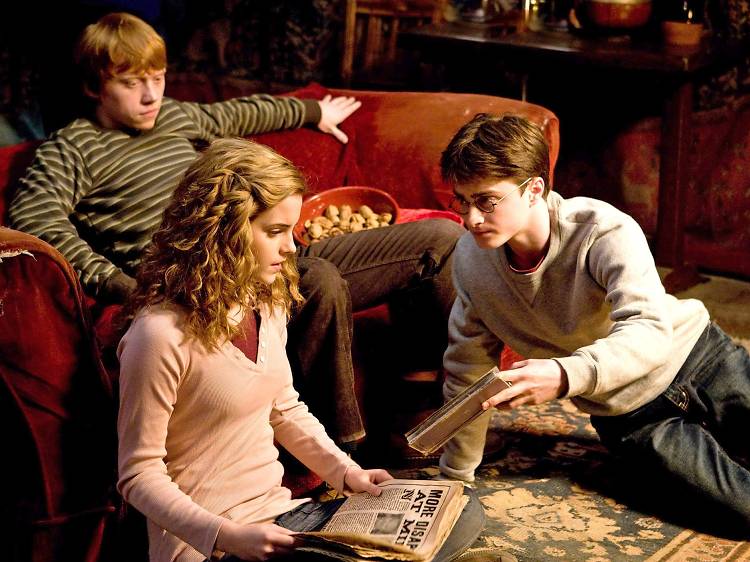 The one with… Jim Broadbent, Inferi (the wizarding world’s take on zombies), flashbacks, dead spiders and a very long fall from a very high place.

The loosest and most charmingly laid-back of the films, ‘Half Blood Prince’ is sedate and very sweet: Aragog’s funeral is both hilarious and heartbreaking. The plot rambles a bit, but it all comes together for that thunderous finale in the cave, followed by one very nasty shock that we won’t spoil for Potter newbies (if such a person is out there).

Hero of the hour Dumbledore, for drinking all that crazy-making water and… other stuff. 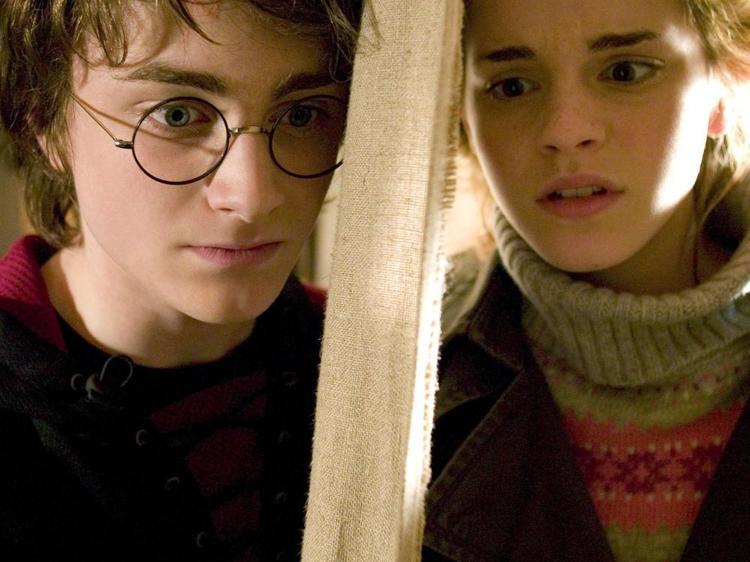 The one with… The Triwizard tournament, Robert Pattinson, Jarvis Cocker and the return of He-Who-Must-Not-Be-Named.

The ‘Rocky’ of the Harry Potter movies, as our hero is entered into the Triwizard tournament and must do magical battle with the best of the best from two European wizarding schools (you wouldn’t get that post-Brexit). It’s all fun and games until someone loses a hand, and someone else a life. 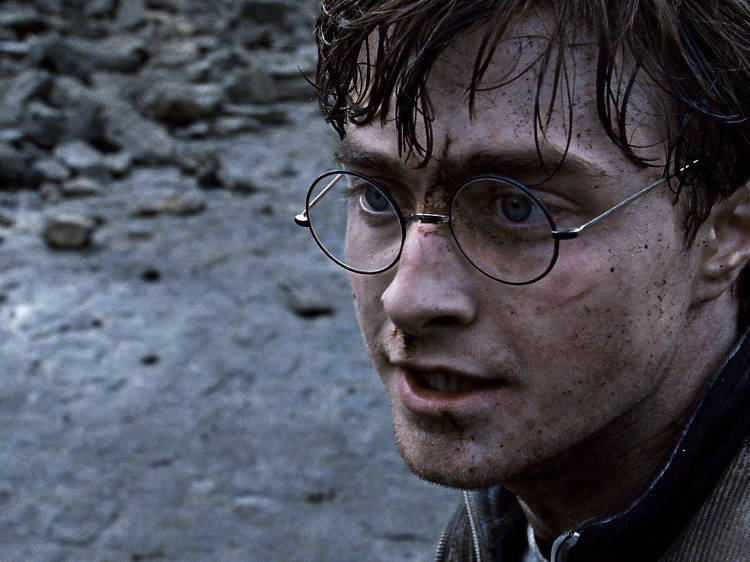 The one with… Flashbacks, flash-forwards, weird death dreams and one humungous battle.

The final showdown, as Voldemort’s forces mass outside Hogwarts and Harry’s gang lead a valiant rear-guard effort. This is the most blockbuster-y of the films, and there are times when the special effects threaten to overwhelm the human drama. But the climax is thrilling, from the broomstick chase through the blazing Room of Requirement to the ultimate, sparks-flying magical duel.

Hero of the hour Neville Longbottom swings a sword, and a legend is born. Special mention to Severus Snape for tragic heroism. 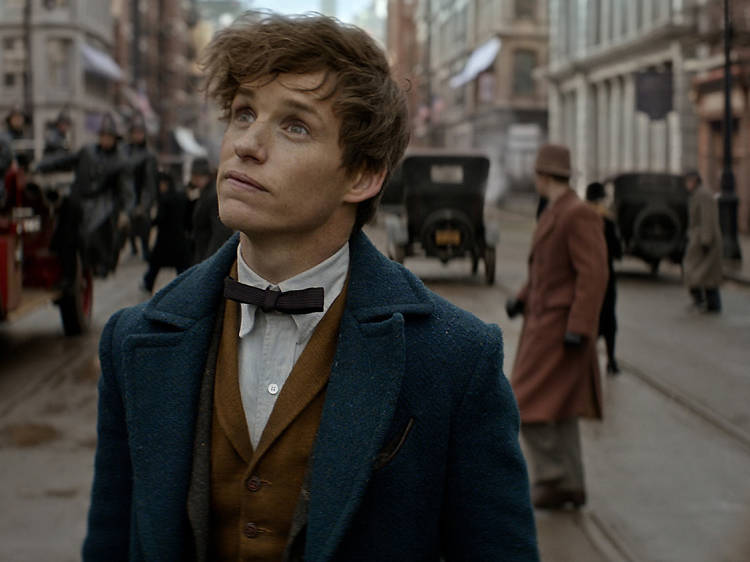 The one with… The new cast, the New York setting, the niffler, No-Majs and Obscuruses (Obscuri?).

Decent novelists don’t necessarily make good screenwriters, but JK Rowling’s first original script turned out just fine. It may not scrape the heights of peak Potter but this was a confident start to an all-new wizarding franchise. Eddie Redmayne is a twitchy delight as magical zoologist Newt Scamander, there’s some smart digs at modern politics and the only bum note is struck by Johnny Depp’s late arrival as dark wizard Grindelwald. 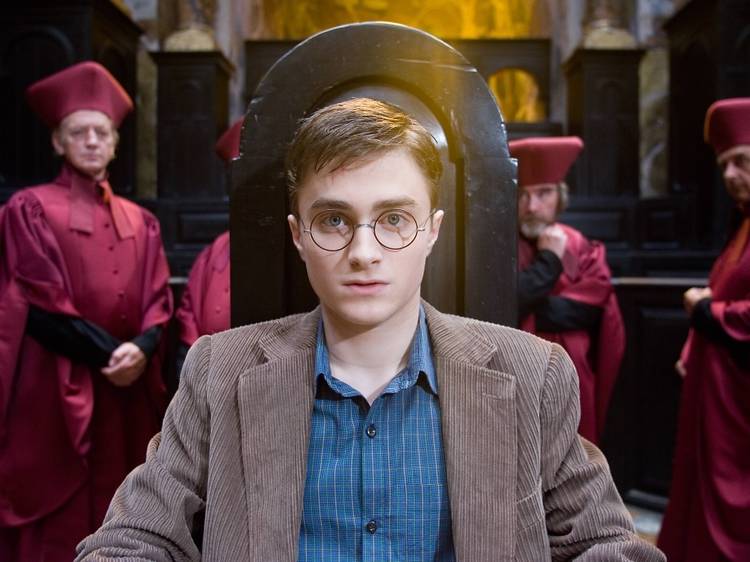 Harry Potter and the Order of the Phoenix

The one with… Professor Umbridge, Dumbledore’s Army, the hall of prophecies and the attack of the Death Eaters.

The longest book in the series was heavily pruned for this streamlined movie, and the result is very entertaining but not exactly memorable – it feels like everyone’s just waiting for the big battle to kick off. Thank the magical Gods, then, for Imelda Staunton, bringing a hard edge of deliciously spiteful, Thatcher-esque cruelty to the fluffy-but-evil Dolores Umbridge.

Hero of the hour Villain rather than hero, perhaps, but Umbridge is by far the most fun thing here. 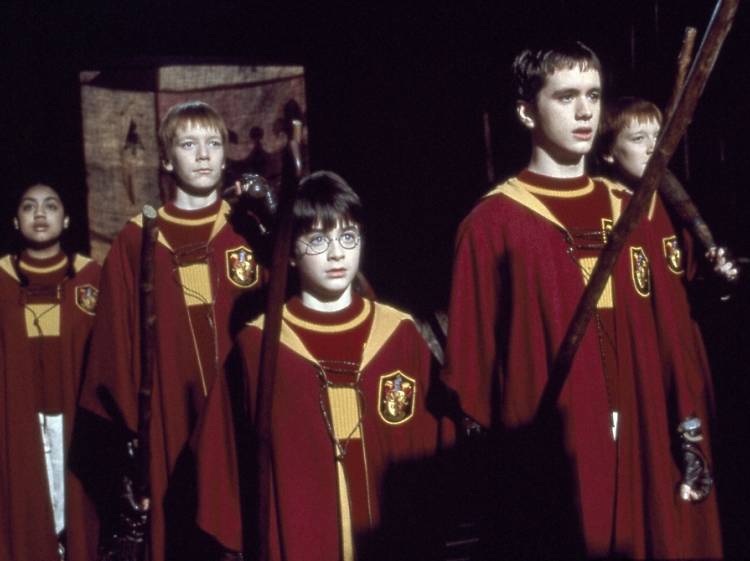 The one with… Platform 9¾, the Sorting Hat, the three-headed dog and our first taste of Quidditch.

This is where it all began – but in retrospect, the first film is chiefly notable for how young, sweet and chubby-cheeked everyone looks. The script recreates just about every scene in JK Rowling’s book with trudging literal-mindedness, and the plot doesn’t go anywhere very exciting. That said, the special effects are inventive and the supporting cast of veteran British thesps are a joy.

Hero of the hour For ushering Harry into his new life and delivering the series’ most memorable line, it must be the mighty Hagrid. 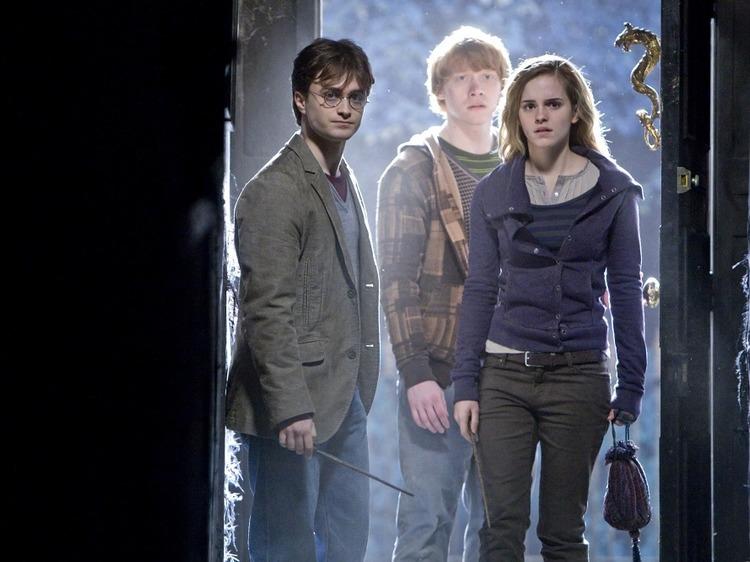 The one with… A confusing number of lockets, snitches, wands and cloaks and an awful lot of loitering within tents.

It’s always a good idea to depict the calm before the storm, but said calm isn’t usually this dull. ‘Deathly Hallows Part 1’ is all scene-setting for the grand finale: a dour, downbeat and at times downright boring road movie as Harry, Ron and Hermione go on the lam and end up bickering in a wood for hours.

Hero of the hour For being appropriately grumpy and rescuing Harry from a puddle, man of the match has to be Ron Weasley. 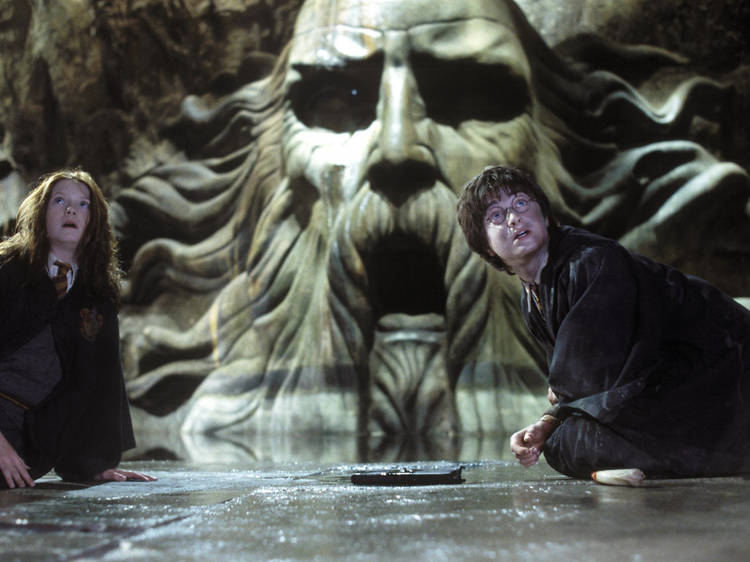 The one with… Kenneth Branagh, the basilisk, Tom Riddle’s diary, loads of tedious faffing about.

The worst of the series by a country mile, ‘Chamber of Secrets’ is two hours and 54 minutes of ropey acting, lengthy exposition, awful special effects, more exposition, awkward ‘jokes’, impenetrable plot twists and yet more exposition. If you’re new to the series, just skip this one and read the Wikipedia entry instead (or better yet, the book).

Hero of the hour It says something that the liveliest character in the whole thing is a flying Ford Anglia. 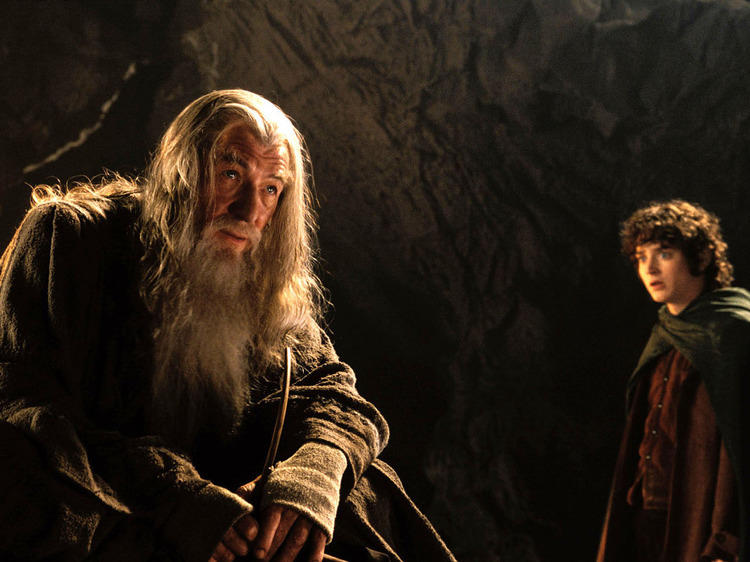 Spanning sword and sorcery, romance, animation, action and more – here are 50 of the best fantasy films.