Bam! How female superheroes are taking over the movies

Brie Larson has been cast as Captain Marvel in the first current-gen Marvel movie led by a lady. Gal Gadot is ‘Wonder Woman’. This summer we saw the feminist rebrand of 'Ghostbusters’. Where once female superheroes took a backseat to their male counterparts, suddenly the world of geeky movies can’t stop talking about butt-kicking babes. Here’s why it’s happening.

1. The women who write comics are finding their own audiences

For decades, fans of caped fighters have had no choice but to put up with overwhelmingly straight cis white male superheroes created overwhelmingly by straight cis white men. The world of comic books (and by extension the world of comic book movies) was a boys’ club. Social media platforms like Tumblr and YouTube are changing that. Thousands of talented girls and women are shattering the glass ceiling, self-publishing their work online.

Brie Larson has been cast as Captain Marvel

Fact: women have always bought comics. We play video games and we now comprise nearly half the attendees at conventions like Comic-Con. But women were often unwelcome in traditional ‘geek’ spaces like comic book stores or online movie forums, where our cred would be called into question or we felt objectified. Once, at a nerd pub night, I told an employee from my local comic book store that I was into comics. ‘Oh yeah?’ he responded. ‘What are the names of Peter Parker’s parents?’ I did not go back to that comic book store.

Now, thanks to social media – especially Twitter – fangirls form friendly communities online. And when big corporations and the media goof, we shout about it loudly en-masse. We were there to call out the description of the new Iron Man, Riri Williams, as a ‘woman’ despite her being a fifteen-year-old girl. And to point out the over-sexualisation of female characters (that shot of Wonder Woman’s lasso in the trailer is basically just an excuse for a butt shot, c’mon). Comic and movie studios, afraid of bad publicity (or maybe even from a place of goodwill – we can hope!) are rushing to correct their errors.

One of the most damaging assumptions in the film industry is that men won’t watch movies with female leads. That’s changing. ‘Star Wars: The Force Awakens’ - the third-biggest film of all time - features an incredible female protagonist, Rey (Daisy Ridley). It’s these kinds of numbers that prove to the industry that films with strong female characters can be just as bankable as those with their male counterparts. When you combine that with campaigns against sexist merchandise – like #WheresWidow and #WheresRey – companies simply can’t afford to ignore half of their audience anymore. I know I’ve bought my fair share of Rey merch just to prove the point. (Well, mostly for that reason.) It sounds superficial, but we are voting with our money – and it’s working.

Daisy Ridley as Rey in Star Wars: The Force Awakens

4. Fangirls are growing up feminist.

Perhaps the coolest thing about the proliferation of diversity discourse is that teenage girls are being exposed to social justice issues years earlier than my generation. I had to wait until my second-year university Feminist Literary Theory course to learn about what the Bechdel Test is. These days every engaged 13-year-old fangirl on Tumblr is applying that same test to each movie she watches and blogging the results.

It seems ridiculous to think that ‘Wonder Woman’ in 2017 will be the first female-led superhero film since ‘Elektra’ and ‘Catwoman’ – both over a decade old. But she’s leading an attack of female heroes: Brie Larson in ‘Captain Marvel’, Lupita Nyong’o and Danai Gurira in the upcoming ‘Black Panther’ and Karen Fukuhara as Katana in ‘Suicide Squad’.

Behind the screen things aren’t quite so bright – though we are making progress. After #OscarsSoWhite the Academy launched a recruitment drive, inviting 638 new people to join – 46 percent of them people of colour and 41 percent women (the Academy remains 73 percent male and 89 percent white). 2014’s ‘Guardians of the Galaxy’ was co-written by a woman. But only seven percent of the directors of 2014’s top 250 films were women. As of May 2016, women account for just 16.9 percent of the creators at DC Comics and 17.4 percent of the creators at Marvel. New Iron Man Riri Williams is a black girl, but the character is being written and drawn by white guys.

Thankfully, the Captain Marvel movie is being penned by Nicole Perlman (‘Guardians of the Galaxy’) and Meg LeFauve (‘Inside Out’). Hopefully that means we’ll get a story that actually focuses on Carol instead of her love interest.

Fact is, diversity isn’t a trend. Lady fans and creators are here to stay, so get used to hearing our voices.

Sam Maggs is the author of The Fangirl's Guide to the Galaxy: A Lexicon of Life Hacks for the Modern Lady Geek. 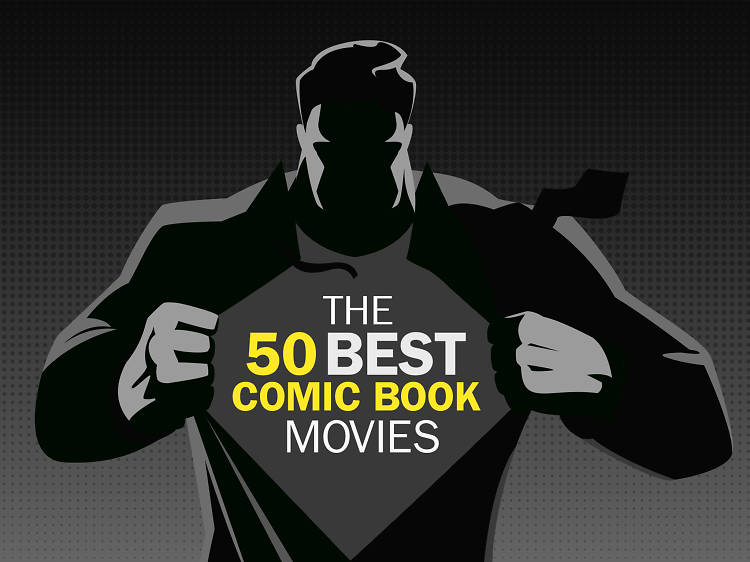 Fasten your cape, buckle your utility belt and pull your underpants over your trousers as we count down the 50 best comic book movies... 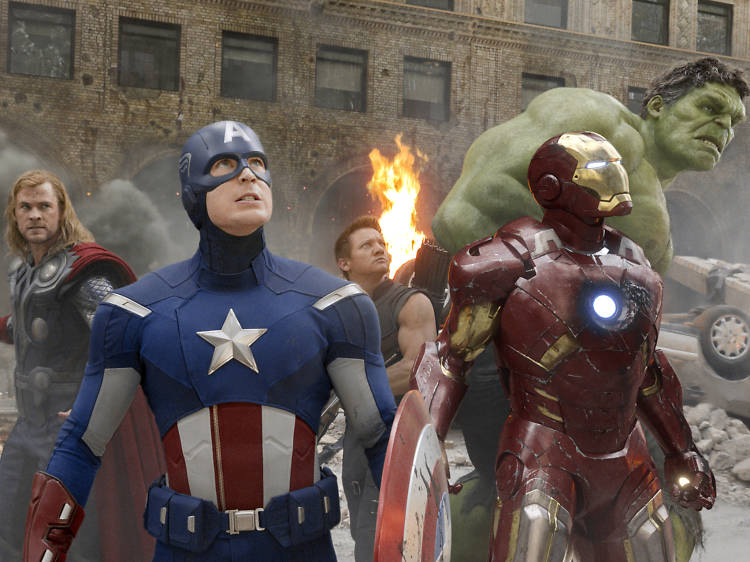 Superheroes. They can fly, outrun bullets and shatter global box-office records – and they’ve been around longer than you might think. As Marvel movies titans the Avengers once again sit on top of the box-office charts, slinging popcorn down at all challengers, we look at a movie genre that has gone from kiddie footnote to mainstream phenomenon via animated smashes, Bollywood classics and a significant number of terrible costumes, and chart how it rose to its current heights.