From Nosferatu to Twilight: the 13 most iconic movie vampires

‘The vampire has proved to be an astonishingly flexible metaphor,’ explains Frayling. ‘Who would have thought, when vampires were all aristocrats in castles, that a century later they’d be transformed into addicts, psychopaths, soulmates? The myth just keeps getting re-energised for a new generation.’

Now, exclusively for Time Out, he presents his list of iconic vampires. And with 13 to choose from, there’s a bloodsucker to suit every (ahem) taste… 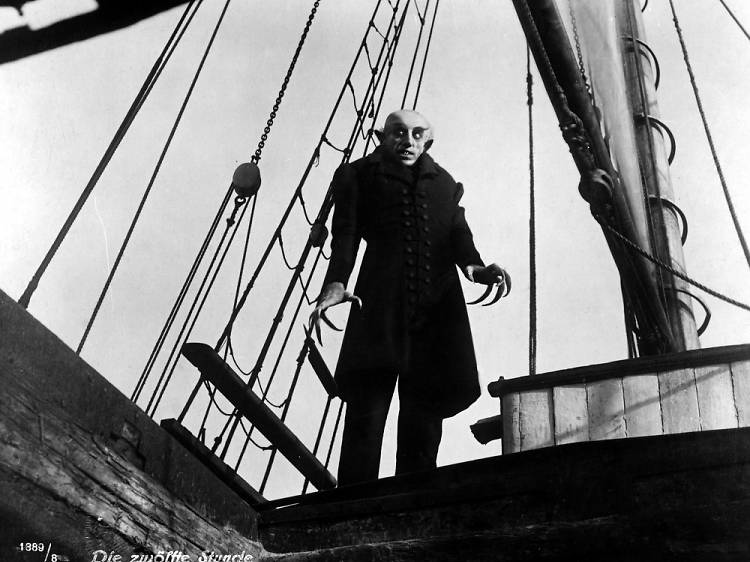 The most disturbing vampire

‘Count Orlok is utterly repulsive. He’s got ears like a bat and teeth like a rat, he’s got talons that grow as the film progresses. The idea of the vampire as somehow seductive is completely absent. One of the aspects of vampire lore that Nosferatu invented was the vampire as bringer of the plague. An audience in 1922, following the pandemic of Spanish flu, would have been very struck by that. I’ve wondered if we might get a retread of that theme, following our own pandemic.’ 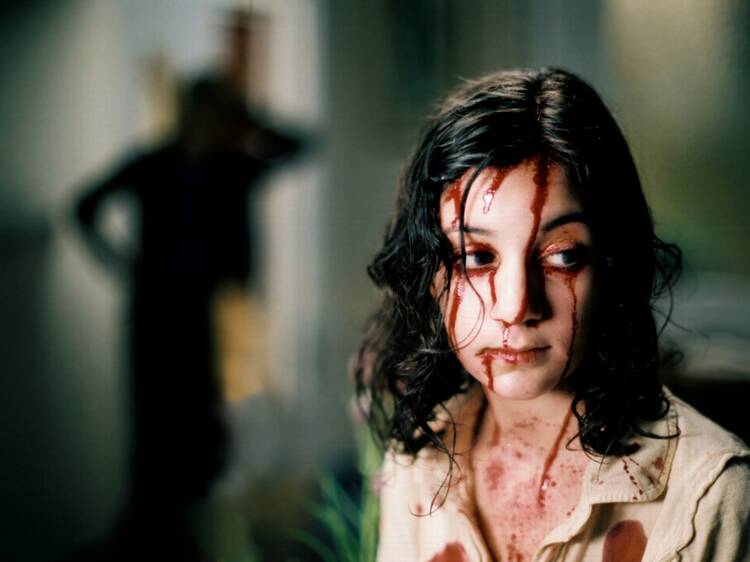 The most tragic vampire

‘When the child-vampire Eli says: ‘I’ve been 12 for a very long time’, I find that extraordinarily moving. Like Lestat, she’s condemned to this treadmill of vampirism. When she comes through the front door uninvited and just starts bleeding, it’s the most tragic thing. The same applies to Kirsten Dunst in Interview with the Vampire, a woman trapped inside a little girl’s body.’ 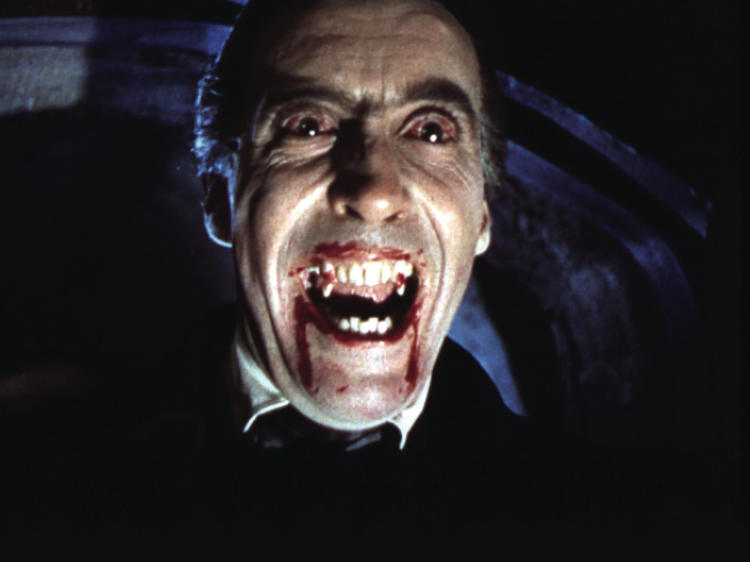 The most terrifying vampire

‘In my misspent youth I cycled from boarding school to see Christopher Lee in the 1958 Dracula, and it scared the pants off me. I couldn’t leave my seat. I actually got beaten when I got back late to school, but it was worth it. The image of Christopher Lee disintegrating in the rays of the sun is still the most terrifying. It isn’t schlocky, it isn’t just special effects, it isn’t lots of gore – but in my head, it won’t go away.’ 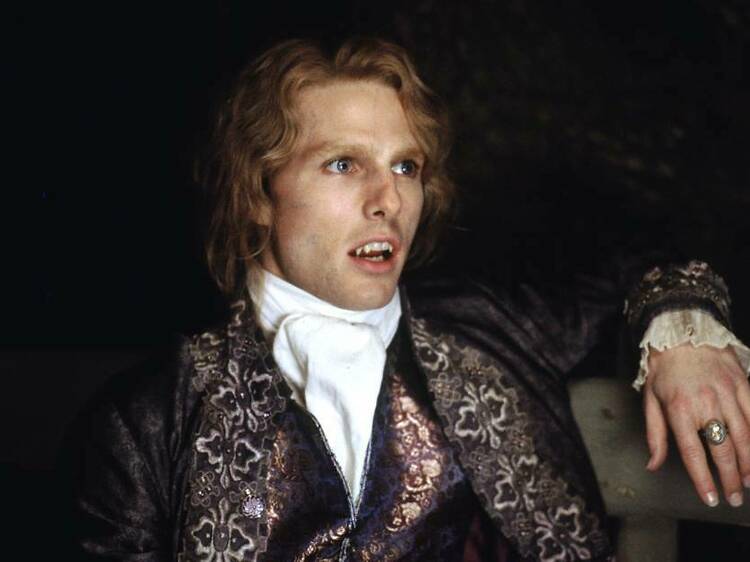 The most romantic vampire

‘I’m not sure it’s a great performance, but Tom Cruise’s character Lestat turns the vampire into this lost soul, wandering across the ages. You really get a sense of what it’s like to be condemned to eternal life. A lot of people think they want life extension but this is showing what really happens, and it’s not very nice.’ 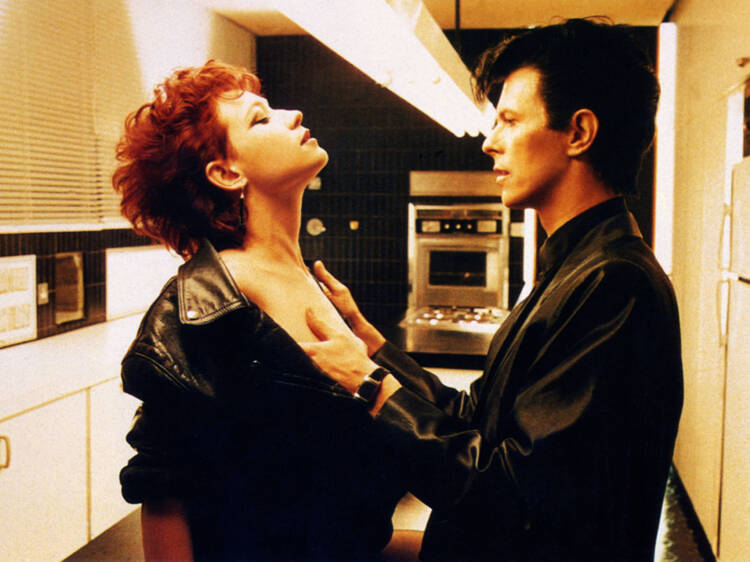 The most stylish vampire

‘The most stylish of all the vampires has to be David Bowie as John, this very sharp-suited character in The Hunger, a Tony Scott film from the era when rock video directors and ad men were taking over the movies. He plays the lover of Catherine Deneuve, who later very spectacularly disintegrates in a hospital waiting room.’ 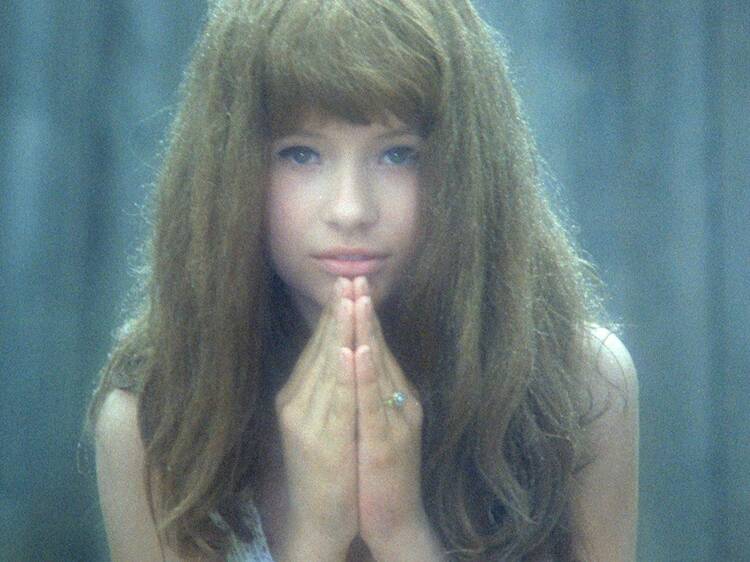 The most rebellious vampire

Jaroslava Schallerová in ‘Valerie and her Week of Wonders’ (1970)

‘The metaphor of vampirism fits an interest in identity politics very well – gender, colonialism, all those sorts of issues. But the one I’ve chosen is more of a small, domestic rebellion. Valerie is a young girl who comes to terms with the grown-up world and, from being rather submissive, becomes a strong-willed and self-reliant person. Made in Czechoslovakia, the film is also a great example of how Cold War filmmakers used fairytale allegory and metaphor to make quite radical statements.’ 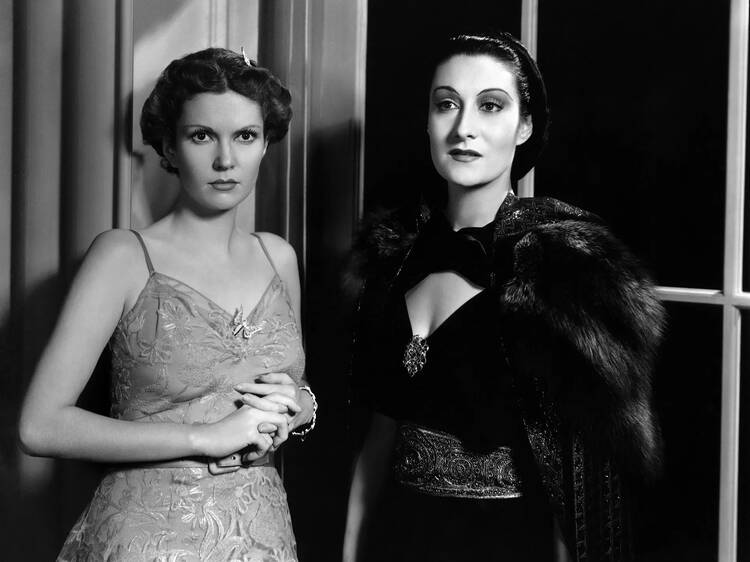 The most sex-positive vampire

There’s a remarkable scene in Dracula’s Daughter where the vampire Countess Zaleska seduces an artist’s model, before biting her and killing her. It’s probably the most explicit lesbian scene in classic Hollywood cinema, but because it was in a horror movie nobody noticed. Horror movies have always been a great way to broach taboo subjects if you don’t want anyone to notice it happening.’ 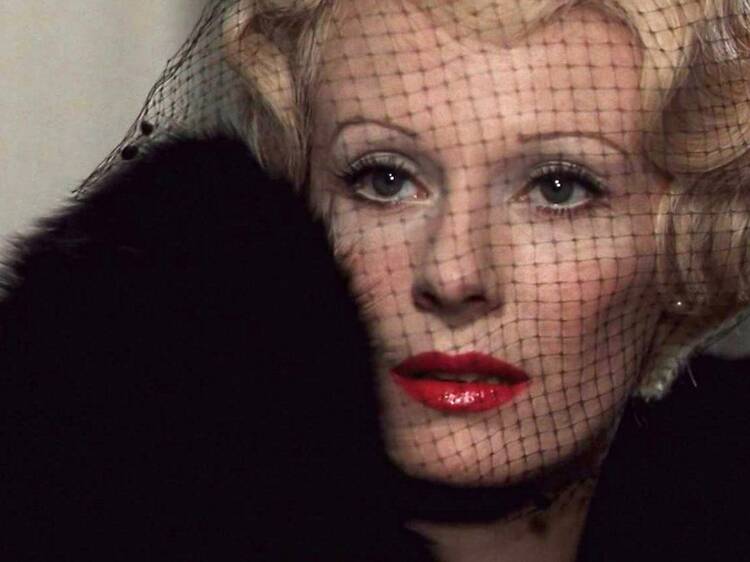 The most seductive vampire

Delphine Seyrig in ‘Daughters of Darkness’ (1971)

‘The most seductive vampire has to be Delphine Seyrig, seducing both partners of a young married couple in an out-of-season hotel in Ostend. A very, very sexy performance! It was a tie between her and Ingrid Pitt in The Vampire Lovers, but I think Seyrig takes the biscuit.’ 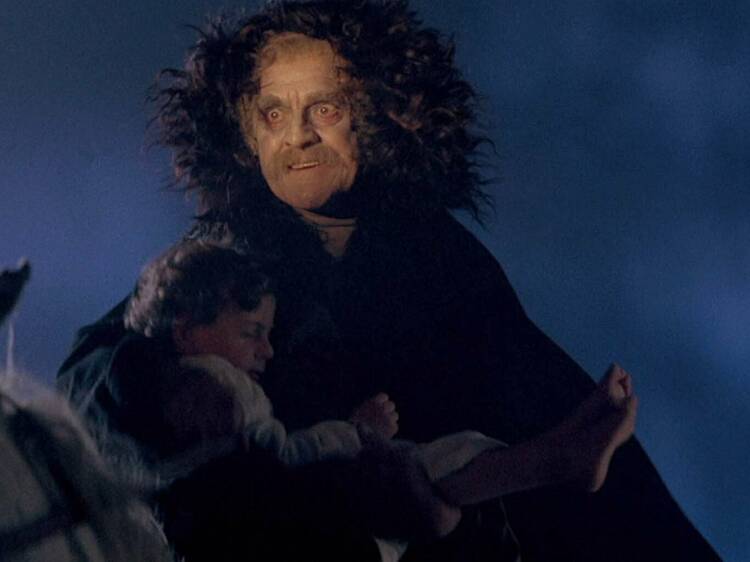 The most historically accurate vampire

‘The modern vampire myth really began in rural, peasant societies in Eastern Europe in the mid-18th century, with reports of people returning from the dead. The film which captures that better than any other is Black Sabbath, set in 19th century Russia, where Boris Karloff plays an agricultural labourer who vampirises his entire family. It’s a rare vampire film that sets itself in a peasant society rather than an aristocratic one, and it’s also very frightening.’ 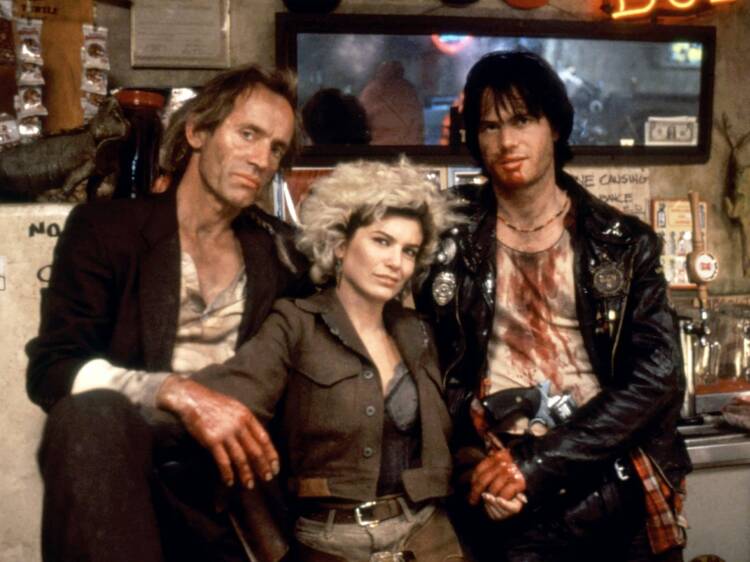 The most believable vampires

‘From the very beginning, with an extreme close-up of a mosquito sucking blood, Kathryn Bigelow’s Near Dark was one of the first films to get away from cloaks and hereditary titles and bring the vampire myth into everyday life. You have these degenerate drifters, this wild bunch of redneck outlaws in spaghetti western coats. It was a vampire movie with the punch of contemporary film, and that made them more believable.’ 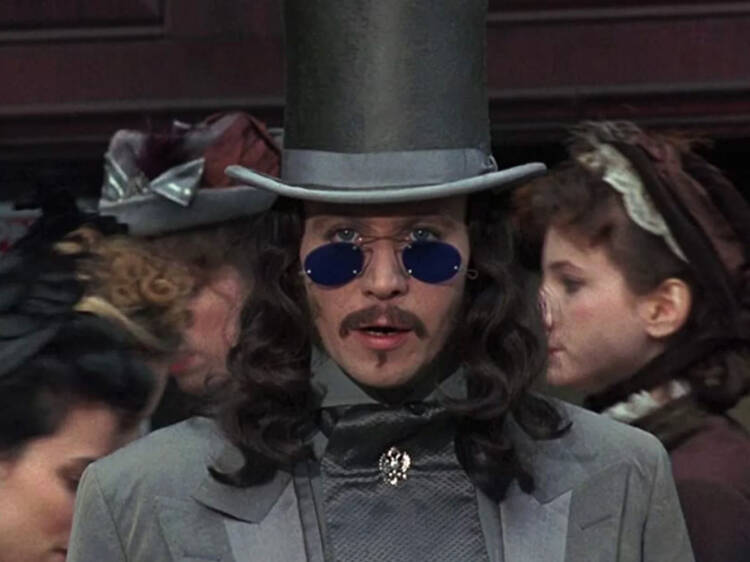 The most absurd vampire

‘Visually Francis Ford Coppola’s film is one of the strongest of all, with those analogue, Georges Méliès-like effects. But Gary Oldman dressed up as some renaissance prince in tinted shades, I thought it was completely absurd! All you need is the Count appearing at the top of the stairs with a very commanding voice, and you know he’s scary. You shouldn’t need all that ridiculous hair and make-up. No offence to Gary Oldman!’ 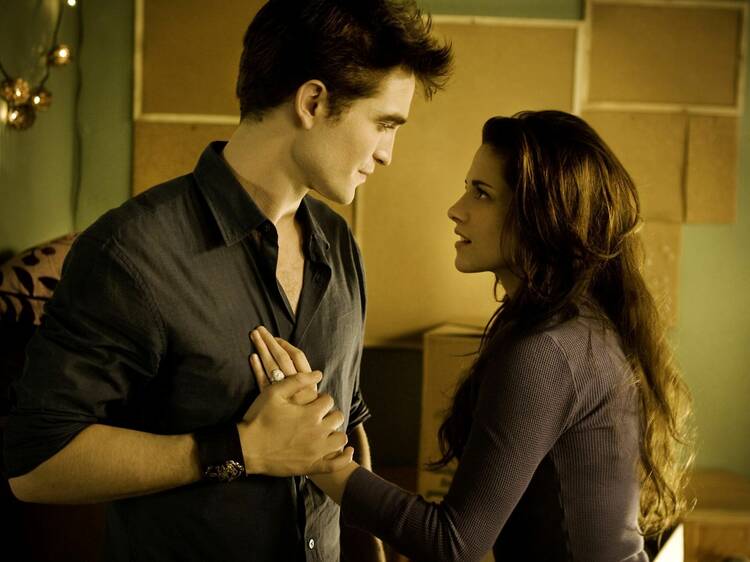 The most non-threatening vampire

‘I like my vampires to be a bit scary, I like taboo-testing movies, and the Twilight films have an extremely traditional view of masculinity and abstinence. A 19th century person would have said that a vampire was a blasphemous, soulless figure, then in the 1970s he becomes a lost soul, wondering about his place in the universe. And finally, with Twilight, he becomes a soulmate. I admire these films for finding a way to appeal to a teenage audience, but it’s not to my taste. The idea of a vegetarian vampire is beyond the pale!’ 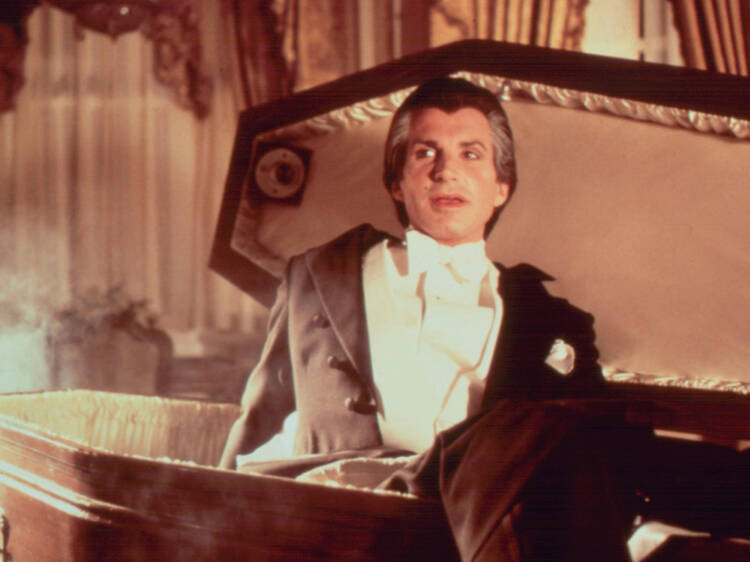 ‘How would you like to spend a thousand years dressed like a head waiter?’ George Hamilton plays a count in Transylvania who runs out of virgins, so he comes over to disco-era Manhattan on the hunt for more. I just think this line is so perfect, it really marks that transition of the movie vampire from Bela Lugosi in evening dress into something completely different. It’s a very funny film, too, part of a long tradition of comedy vampires going right up to What We Do in the Shadows.’

‘Vampire Cinema: The First One Hundred Years’ is out on Oct 31 from Reel Art Press. Catch Sir Christopher Frayling introducing a special screening of ‘Bram Stoker’s Dracula’ at BFI Southbank on Oct 19. 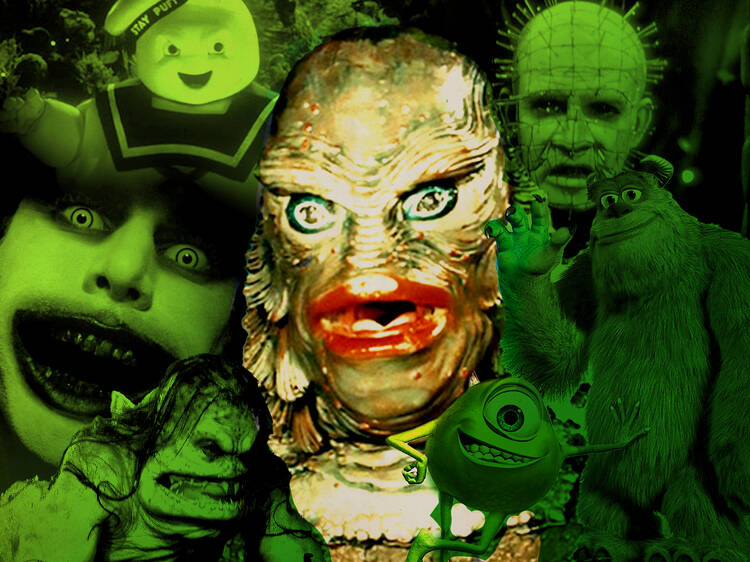 From Dracula to the Blob, the creatures that haunt our subconsciousness