The Oscar-winning director talks about Ricki and the Flash, a movie loaded with musical performances and domestic tensions

The place is seedy yet wonderful: A Tarzana, California, drinking joint where, in the universe of Ricki and the Flash, a well-oiled machine of a bar band kicks out the jams, week after week, to an appreciative crowd. They’re grizzled, as are some of their pogo-ing fans on the dance floor, but the music is ageless. Working with Meryl Streep (who can really play), ’80s icon Rick Springfield (who can really act) and a fully functioning band of musicians (including Talking Heads sideman Bernie Worrell, also seen in Stop Making Sense), director Jonathan Demme found himself filming a group of pros, who rehearsed and performed the tunes live. Demme talked us through the process.

Already famously, your movie is the one for which Meryl Streep actually learned how to play the guitar. Whose idea was that?
I guess I brought it up first. Look, the movie's about the leader of a band. She sings and plays electric guitar. And if we come out lying about Ricki's abilities, we're screwed. Also, I've shot so much live musical footage over the years, plus a little bit in the world of video playback, so I know the difference as well as one can. Live performance is thrilling, playback performance is artificial. So when I expressed this to Meryl, I guess I said something like, "Of course, it will all be live performances, we won't have playback and we won't lean on postproduction rerecording or anything." I think Meryl said, "Of course, I’ll have to learn how to play the guitar." [Laughs]

Was she freaked out?
No, I don't think so. In fact, the vibe I've gotten from our conversations is that this is a long-held dream of Meryl's—to play rock & roll music on an electric guitar.

A long-held dream of most of us!
Well, it's true. And most of us settle for air guitar. But Meryl being Meryl, she's the compleat actor, so she's going to show up as close to that person as she possibly can. I think that this gave her the opportunity to both immerse herself in the character that much more, and also to finally become a rock guitarist.

The film has several musical numbers, during which much dramatic content has to be expressed simply through the lyrics and the performances. How does one direct those scenes in a technical sense? Are you hoping for magic, or is there more to it?
It's obviously an arena that a lot of thought and energy went to. I didn't really understand the extent to which that was true until it was happening in front of the camera. I'm thinking especially now of "Drift Away." I picked that one. It jumped off the page for me because my original thinking was: This is such a great band song. It’s got a narrative, emotional feel to it. Ricki says, “Give me the beat, boys, and free my soul, I want to get lost in your rock & roll and drift away.” This is a band camaraderie song. Making that band feel like the family that Ricki’s now a part of, instead of the one she once had, was tremendously important.

When Streep is interacting with her band mates, it’s almost like you have four codirectors working with you.
It's true. One of the things I love about filmmaking is that it's an act of collective invention. So this was shrinking that down to a rock & roll band. All the arrangements are theirs—there was no outside arranger brought in to help sculpt their sound. The band, Meryl and Rick and Rick [Rosas] and Bernie and Joe [Vitale], created that sound. And they wound up with this tremendous affinity for each other. They rehearsed three weeks before we started filming and all became enchanted with Meryl, so it was easy for me. I never had to say, "Could you guys be sure to exchange looks from time to time?"

Tell me about your selection of “My Love Will Let You Down.” It’s a little-known outtake from Bruce Springsteen’s Born in the U.S.A. album.
We had this final performance of the band, and we knew we needed a song that would feel right thematically but also be a stone rocker where they could stretch out and nail it. We considered so many songs. And then one day, Meryl drove out of her driveway and clicked on her Bruce anthology. I got a phone call 20 minutes later: “We’ve got it!” As deep into Springsteen as I am, I didn’t know this one. For Meryl to be able to sing those words gave her everything she needed to deliver the emotional wallop. And she means it: It’s the fiercest pronouncement of love that a mother could make to her kids.

Rock becomes empowering in that moment. I can imagine the pressure to get it right it must have been intense.
Normally we would have done a big scene like that at the end of a shoot. However, Meryl and the band felt we had to strike while the iron was hot, musically. So if the band's coming off of three weeks of intensive rehearsals, we have to go right into the salt well and blow out two songs a day, including the final scene of the movie. But that process really paid off. By the time they got the big room, they had become so great together, they forgot they weren't a real band. They were a real band.

I loved watching Streep perform in this, even the smallest things, like how she decided to palm-strum the acoustic number “Cold One,” almost like a caress or a slap.
Of course that was Meryl's choice to do it that way. All of Ricki's moves—that extraordinary scene when Ricki goes down into the audience—that's all her. Meryl is definitely an authentic rock & roll animal. And now we get to see that.

You also have some older tunes in the movie, stuff like "Let's Work Together" and “Wooly Bully,” marking the Flash as old-school.
"Let's Work Together" is a song popularized by Canned Heat in the '60s, and that's my generation. Back in my hippie rock-journalist days when I was living in London in the late '60s, I saw Canned Heat one night at the Albert Hall. So there was that indelible memory that I've got tearing around in my heart as much as my head. That song has resonated for me in crazy ways. I had great confidence in it being something that could be fresh now, because so few people know it anymore. But I had to keep reminding myself that my oldies aren't necessarily today's oldies. I met someone the other day who's never heard of Talking Heads. I'm like, Are you kidding me?

These days though?
I have offspring in their 20s—and one kid in their high teens—and I’m always hearing stuff from them and asking, “What’s that?” And they’re like, “It’s blah blah blah. They’re from Brooklyn.” And I’m like, “Okay!” [Laughs] I definitely still adore rock but I’m desperately out of touch.

Your movie is expressly about aging, and the perspective it gives a person.
I’m worried about our press materials: “Meryl Streep stars as an aging rocker.” She’s a fucking rocker! What is this aging? I’ve become paranoid about it. Here are musicians whose chops are phenomenal, but they’re over the hill careerwise. They just didn’t make it. Some do, most don’t.

But the subject of age and wisdom is crucial here, no? It’s not just about Ricki’s denial of the way she abandoned her children.
I’m really moved by the place that this good woman has found herself in as her endgame: alienated from her family but at least she has her music. I guess I can’t help but judge Ricki somewhat, because I get that you’re a musician and you’ve gotta go for it. And you believe that once you make it, you can put everything back together again. But as a parent, I’m like, How could she do that? Well, lots of people do that. The point that Ricki makes in the movie is that men do it a lot more often than women do, and they can come back. And now she starts suffering so much righteous verbal abuse wherever she turns. She’s judged and criticized and torn apart, and yet she weathers it. I love Ricki for being so courageous. I forgive her. 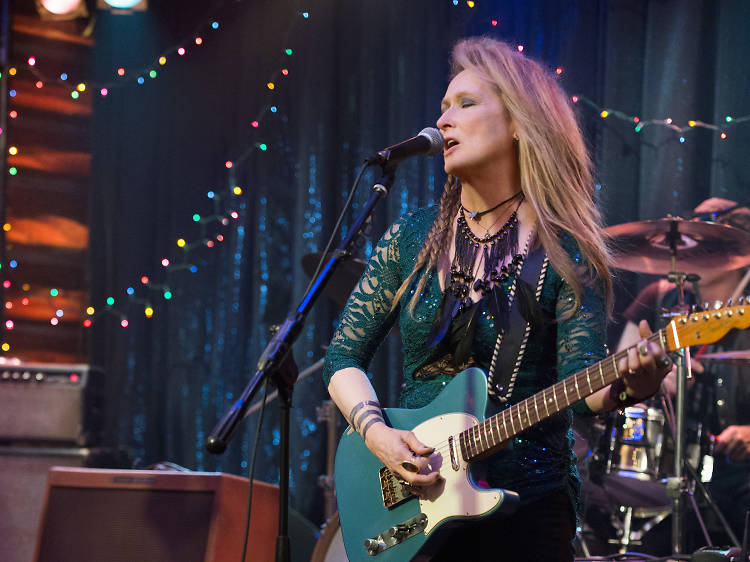 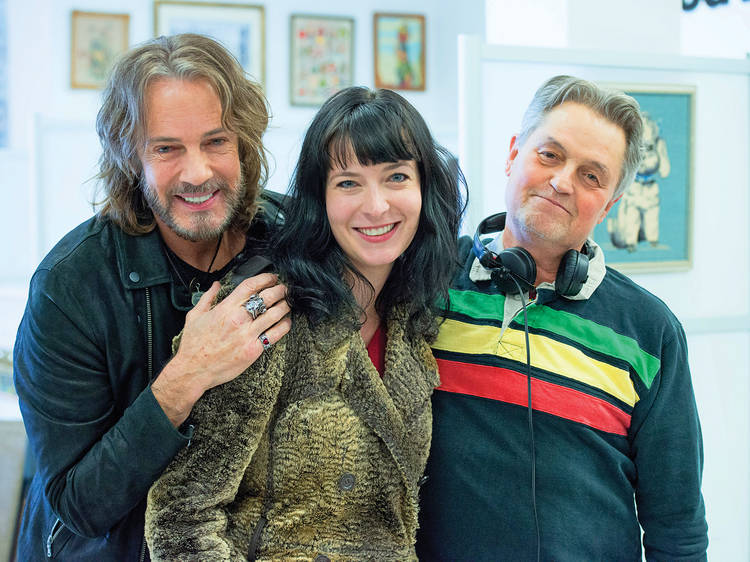