Get to know star-in-the-making actor Lola Kirke, the Mozart in the Jungle actor who continues to find her voice in AWOL

Lola Kirke is driving around her newly adopted home of Los Angeles and chatting with me on speakerphone when “two crazy jet planes” (her words) descend from above, creating a racket and eliciting an audible “Oh, my fucking God” from the actor. She pulls over for silence and a caffeine boost and tells me, apologetically, “I will be a better person once I have a coffee.” (Yes, this conversation could not have started out more L.A.) The spirited young actor, whose sister Jemima stars in Girls, has been making waves lately, with a significant role in Gone Girl followed by the one-two punches of Amazon’s Mozart in the Jungle and Noah Baumbach’s screwball comedy Mistress America. And now, with the lead in Deb Shoval’s Tribeca Film Festival debut, AWOL—playing a directionless army recruit who falls in love with a married woman (Breeda Wool) and abandons her post—Kirke continues her hot streak (and gets to return to her stomping grounds of NYC). Welcome back to the concrete jungle, kid.

You grew up in NYC, right?
I did. It’s actually really funny, when I was little I used to look at Time Out Kids for auditions to go on all the time. Pre-Internet life.

Did anything come of those?
No, nothing ever came of those, but they were my first taste of auditions.

What is the thing that you love doing when you’re back in town?
My mom and I have started going together to the Turkish baths on 10th Street fairly regularly. There’s also lots of shopping involved, good vintage shopping that my mom and my sister are very privy to. It’s hard to say what I like doing in New York City because it’s so second nature for me to be there. I’ve been living in L.A. for the past couple of months, but New York is my home and always will be.

Have you noticed any of those clichéd differences between L.A. and New York?
I remember when I came back to New York from L.A. a couple weeks ago. Within two minutes of leaving my house, I saw this woman dropping dead flowers. She was like Gretel from Hansel and Gretel or something and talking to a dog with a matching haircut. There are tons of freaks in L.A., and you just see them from your car window. I think it’s just, like, the proximity to crazy people.

It’s refreshing that an LGBT film like AWOL isn’t a coming- out story.
Our approach was faithful to what the characters were experiencing. Coming out is an incredibly heteronormative thing. It doesn’t leave [room] for the validity of sexuality. This is about love, and love is ever-changing.

The backdrop is also quite political—young people signing up for the army due to lack of better options.
It was definitely something that drew me to the film. I think the class structure in the country really limits options. It’s in place so that we have an army and a certain kind of workforce.

You mentioned that you related to Tracy, your character in Mistress America, as you had a desire to be led by powerful women. Is there a similar dynamic here?
I didn’t initially think of them in a similar way, but in my career, I keep getting cast as a kind of sidekick who looks up to someone older or interacts with powerful women. Even in Gone Girl. Maybe it’s because I’m precocious.

Would you say you’re attracted to female-driven films?
I believe in reimagining the representation of women in film, in expanding women’s status in the world. I want to be able to play women who I don’t like and women who I do. There’s something special about getting to broaden your perspective, to become more open because you played somebody who does things you would never do.

I’m a big fan of Mozart in the Jungle. What is your relationship to music?
It’s always been a private expression for me. Mozart’s introduced me to this whole other world, but the music that keeps me company is rock & roll, old country and folky stuff.

Do you play at all?
Yeah, I play the guitar. It’s definitely something that I have a lot of enthusiasm for but not that much talent with.

Luckily, the whole acting thing’s working out for you.
It’s really exciting. I mean, it’s still not a sure thing. I don’t think it ever is in this industry. I feel so lucky that I’ve been able to work so far. 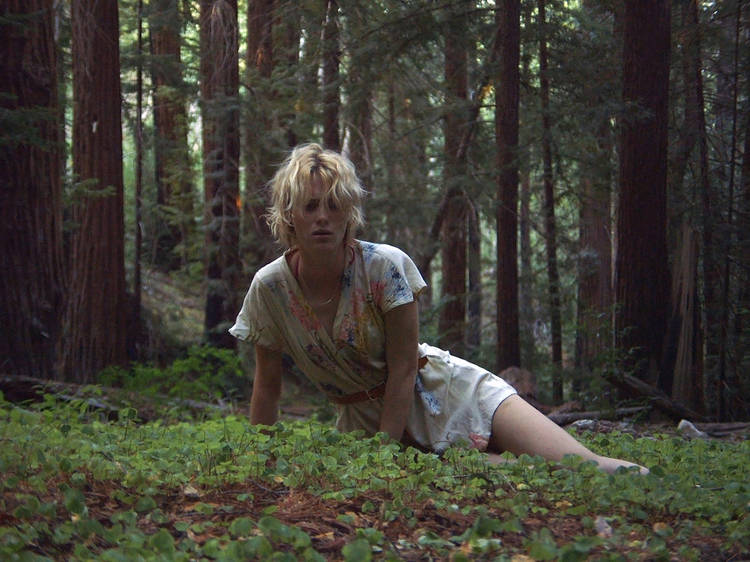 The 10 best movies at the 2016 Tribeca Film Festival