“You want everyone to like you,” says Miles Teller, over the phone from the Four Seasons in Beverly Hills, when I ask him about his image in the media. “You want all critics to like you, you want all the press to like you, and you just realize that so much of that stuff is out of your control.” And this, I suppose, is his way of addressing that, yes, he’s well aware of his Esquire cover story last year, in which the writer labeled him “kind of a dick,” and no, he couldn’t care less.

Which is probably the best mind-set for a buzzy actor to go with: Pour your energy into what you do, not what magazines, such as this one, say you’re like off camera. And for what it’s worth, on the phone and in person—I interviewed him and his Spectacular Now costar Shailene Woodley on the Lower East Side three years ago—he doesn’t come off as “kind of a dick,” but rather direct and, when he’s interested, pretty charming. But it took Teller, 29, who wowed critics as a popular high school student slash alcoholic in The Spectacular Now and then as an unpopular, determined jazz-drumming major in Whiplash, some time to realize all of this. “And I guess I was like, Man, I didn’t want any of that kind of shit—that press—overshadowing the work.”

Work. More than any other word, that tidily sums up Teller, who pinballs between beloved indies and big-budget fare like Fantastic Four and, this year alone, both a comedy opposite Jonah Hill (War Dogs) and an upcoming drama about PTSD (Thank You for Your Service). (He’s been in a whopping 15 movies since breaking out in 2010 with the dark Rabbit Hole, which he landed as an NYU undergrad.) And work, more than any of his roles to date, especially describes his latest project, a new entry to the inspirational sports movies canon: Bleed for This.

To portray real-life comeback boxer Vinny “The Pazmanian Devil” Pazienza, the actor worked out several hours a day over the course of eight months, maintaining a strict regimen of boxing, weights and physical therapy. He dropped from 18 to 6 percent body fat, shedded 20 pounds and, in short, got MMA-level ripped. “I was in funny-friend shape,” Teller says of his physique before signing on to Bleed for This, referencing his turns in bromances That Awkward Moment and 21 & Over. “Not that long ago I was playing dudes in high school,” he says. “But dude [Editor’s note: Yes, Teller says dude a lot], I was so excited because I knew that I would be able to get there.” For Teller, who is—like in Whiplash—at the center of literally every scene in the movie, the exhausting filmmaking schedule proved a godsend. “It was like, Dude, if I had 10 minutes on set, and I wasn’t doing something, I would just pass out. My body was so run down at that point.” 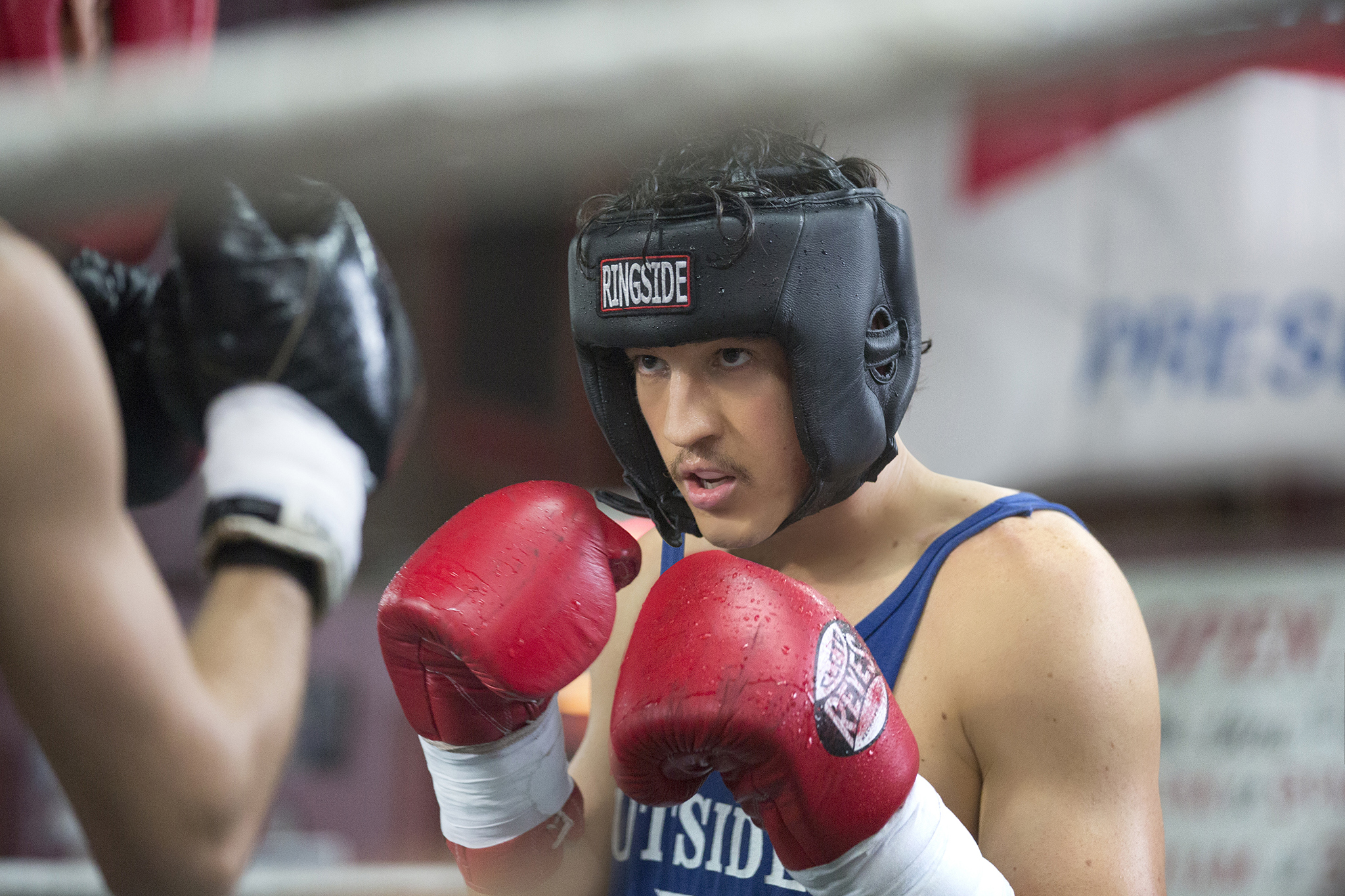 But was he as confident he’d tackle the film’s real-life subject? Nah, dude. “Vinny sent me a photo of himself in the mail,” says Teller, who mainly subsisted on YouTube videos of the light- and middle-weight champ for inspiration. “And the letter just said, ‘Miles, stuff a banana [down there] if you have to make it look bigger. Don’t fuck up my reputation, kid,’ ” he laughs, citing a scene when a flashy Paz is weighed in for a fight wearing a thong. “He lives in Cranston [Rhode Island] still. This movie is going to affect his everyday life, his legacy that he worked so hard for. So there was a lot of pressure.”

As impressive as Teller’s on-the-surface transformation from everybro to chiseled gym rat is, it’s the actor’s range that’s the stunner. With his signature slightly raspy voice, Teller nails Paz’s Providence cadence in a way that doesn’t feel cartoony (no easy feat when taking on a New England accent), and he has the ability to smoothly sway between Paz’s mad-dog braggadocio (“I feel like I should be on a box of Wheaties doing a Gatorade commercial,” Paz boasts to a reporter in the film) and tender, emotional moments spent confiding to his alcoholic, down-and-out trainer (Aaron Eckhart). It’s the sort of demanding, much-publicized performance that could make Teller—whose exaggerated, tough-guy facial features and hard-to-soft shifts in scenes can be reminiscent of ’70s movie stars—even more of a household name.

Not that the Tisch School of the Arts grad—he describes his college experience thusly: “Me and my buddies were just in our dorm rooms, listening to Bob Dylan, smoking pot”—takes much stock in the whole star thing. He’d rather pick apart his love of “collaboration and bouncing off another actor.” He goes through the scenes in The Spectacular Now and Whiplash and Bleed for This, emphasizing his fondness for acting opposite Eckhart and admitting that, more often than not, it’s the fuck-ups that stick with him, not the magic that made the final cut. “Very rarely is [there] a moment where you’re like, Man, that was awesome.”

But as much as it doesn’t interest him, Teller is a star. Our outdoor photo shoot in the East Village was almost nixed at the last minute because his team was worried he’d be recognized and mobbed on the street. So I press Teller about this. He responds, “I read an interview where Don Cheadle [was asked], ‘What’s it like being a movie star?’ He goes, ‘Oh, I’m not a movie star.’ And they’re like, ‘But you’ve been in all of these things?’ He’s like, ‘Look, a movie star is somebody who can disappear for a while and you don’t forget about them.’ ” Teller pauses. “With that definition, I would certainly put myself in [Cheadle’s] camp.”

These days, the Pennsylvania native, whose Twitter is peppered with Eagles pride and pics of Yuengling, calls L.A. home. “I’m never there,” he says, matter-of-factly and almost coldly. Fair enough. What about his former stomping grounds of New York? Teller’s voice livens up a little. “I miss the energy,” he tells me. “You know, it can be the most isolating city in the world, but I felt like I was a part of something special. There’s just all these wonderful things in a city that’s known for more than just entertainment,” he says, giving a possible jab to his current base and then maybe an I-could-use-more-of-that-attitude endorsement of NYC: “[New Yorkers] don’t really care too much.” 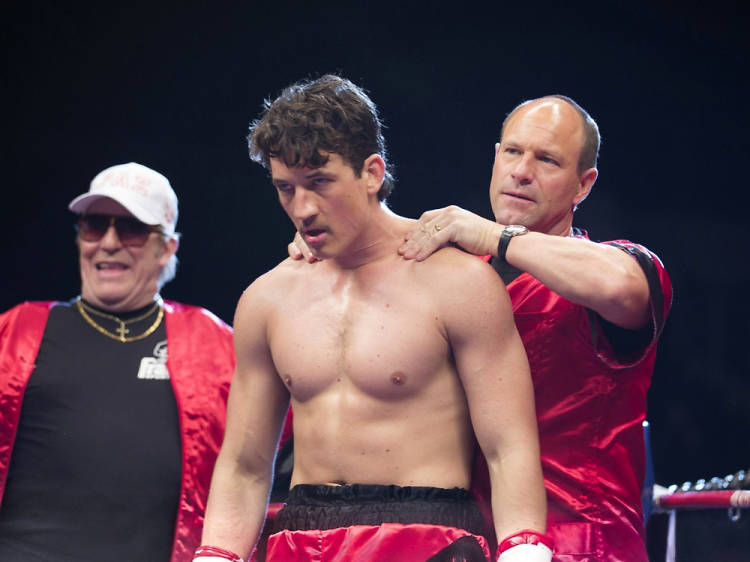 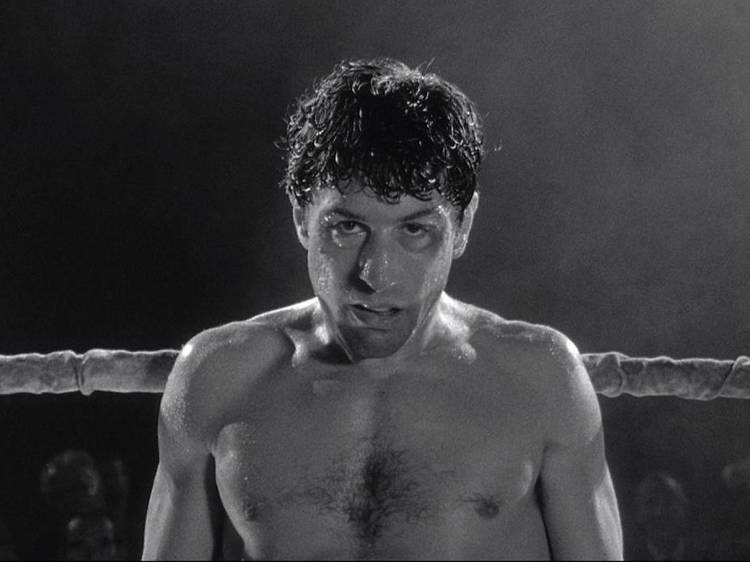 The 10 best boxing movies of all time