Oliva Colman, Helen Mirren and, erm, Neve Campbell have all worn the crown

Playing the Queen is a unique challenge for an actress. Firstly, there’s zero chance of meeting your character in IRL to ask a few questions. Research involves watching endless news footage of Her Majesty in polite conversation at official functions, a lot of dialogue coaching and probably much poring over those 67 Christmas addresses.

And, superficially speaking at least, ‘duty’ probably comes a degree or two lower down the list of compelling dramatic motivations than, say, vengeance or passion.

But those who have taken on the task have often done such a regal job that our memories of the late monarch herself now often intermingle with snapshots of, say, Helen Mirren’s gentle compassion in The Queen or Claire Foy wry bonding with Winston Churchill in The Crown.

Here’s the full canon of actresses who have taken on the formidable task of capturing this iconic figure and helped humanise the woman behind the crown.

📍Everything you need to know about the Queen’s funeral.
📍What will happen to coins, stamps and passports now the Queen has died? 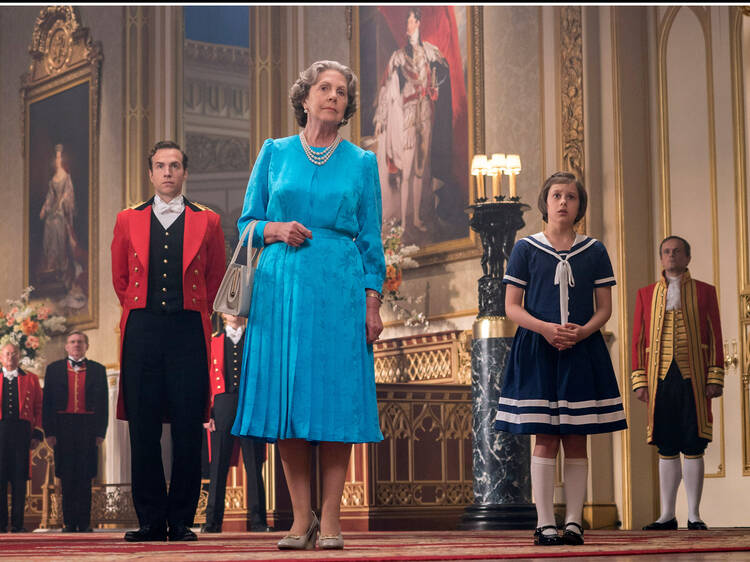 In Steven Spielberg’s Roald Dahl adaptation, Penelope Wilton plays a jovial monarch plagued by nightmares about giants eating the children of England – probably the one thing the real Queen didn’t have to worry about. Wilton parlays her experiences on Downton Abbey into another posh pile as she welcomes young Sophie and the BFG (Mark Rylance) to Buckingham Palace and authorises a war on the man-eating giants, all while dealing with some whizzpopping corgis shooting around the place. Angela Thorne voiced Elizabeth in the animated 1989 version of the tale. 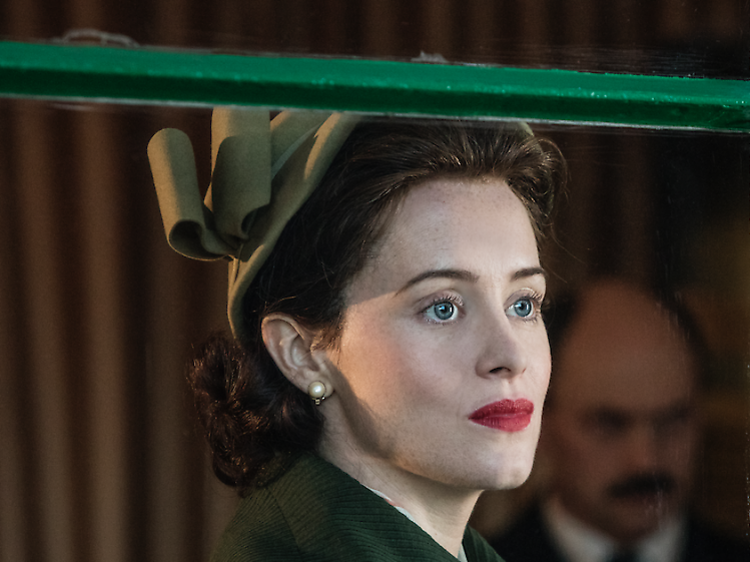 After grabbing the attention in a very different royal portrait as Wolf Hall’s ill-fated Anne Boleyn, Claire Foy graduated to the lead role in the first two seasons of Netflix’s hit series about the Windsors. And even in a career that also boasts First Man and A Very British Scandal, it’s been her crowning glory. She’s immaculate in an arc that carries Elizabeth from gauche princess to a monarch growing into the role after the initially onerous responsibilities threaten to sink her. 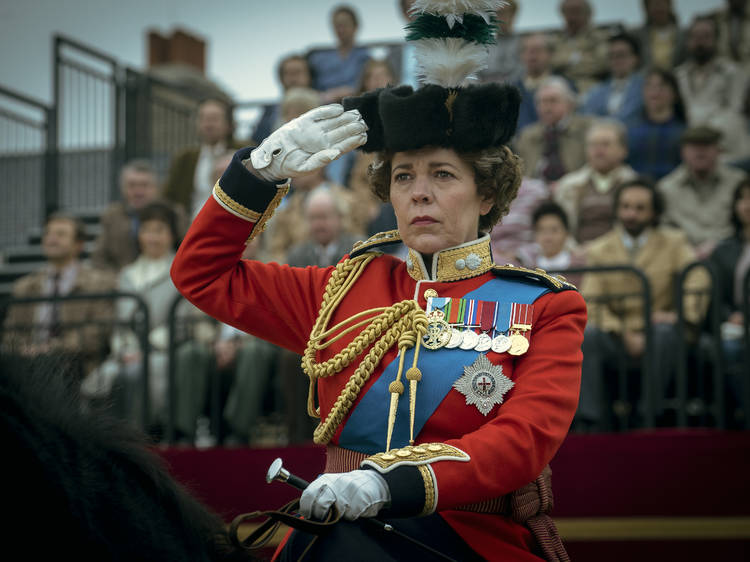 Oscar-winner Olivia Colman took on the mantle of playing Queen Elizabeth II in The Crown with her customary aplomb, even while revealing that the role was one of the toughest of her career. ‘You’re thinking, “Oh my god, what if Queen Elizabeth II ­watches the series and sees me?”,’ she remembers, hinting at the additional layer of self-consciousness that comes with playing this institution. 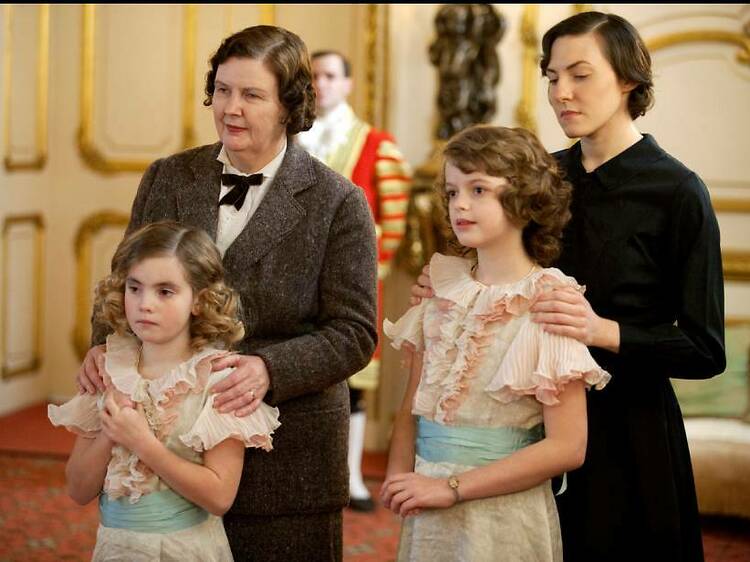 Eleven-year-old Londoner Freya Wilson played the young Princess Elizabeth in Tom Hooper’s Best Picture winner. It’s very much a supporting role as her dad, George VI (Colin Firth), valiantly battles a stuttering condition with the help of Geoffrey Rush’s speech therapist, but she gets a few moments alongside her sister Margaret (Ramona Marquez) and manages not to be overshadowed by two even more adorable corgis in them. 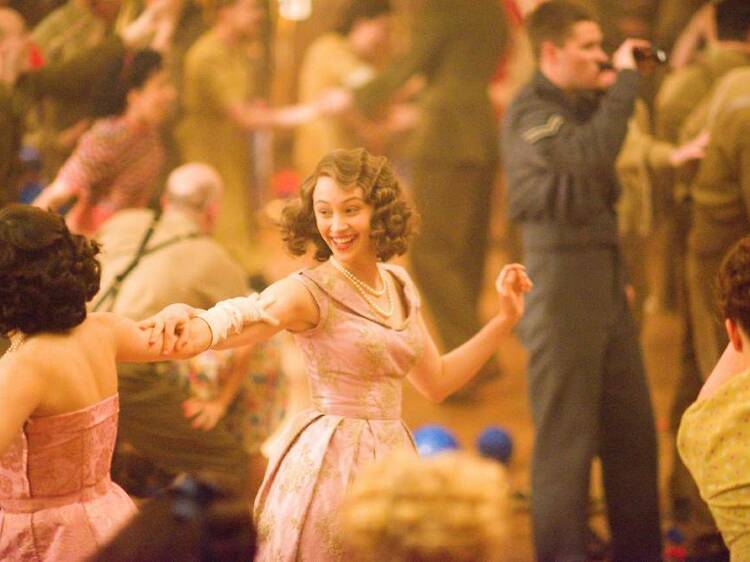 Canadian actress Sarah Gadon (Dracula Untold) stars as the-then Princess Elizabeth on a fictionalised tear-up across London in this frothy romcom set on the night of VE Day in 1945. It’s not a side of the Queen we see often (read: never) on-screen, so the idea of imagining her as the heroine of a Roman Holiday-style fairy tale is a sweetly-conceived rarity. Did she actually go out dancing and carousing with British Tommies that night? We will never know, so let’s say yes. 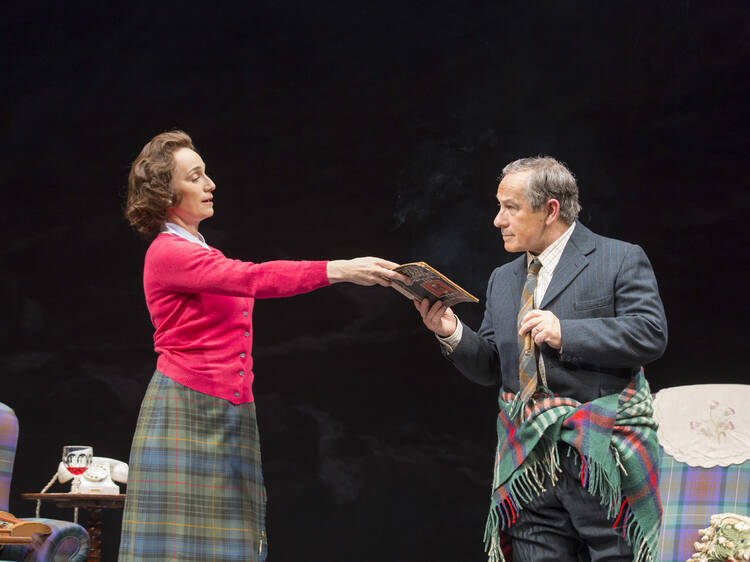 Okay, it’s theatre rather than film, but it’s still impossible to look past Kristin Scott Thomas’s turn in the recast version of Peter Morgan’s stage play. The challenges of stepping into the royal shoes was compounded by the fact that Helen Mirren has already made the part her own on stage (and screen) – not to mention, The English Patient actress’s lack of physical similarities with Queen Elizabeth. But as Time Out’s theatre critic put it, she proved ‘an undeniably savvy replacement for Mirren: almost as big a star, and with notably more Windsor-ish froideur.’ 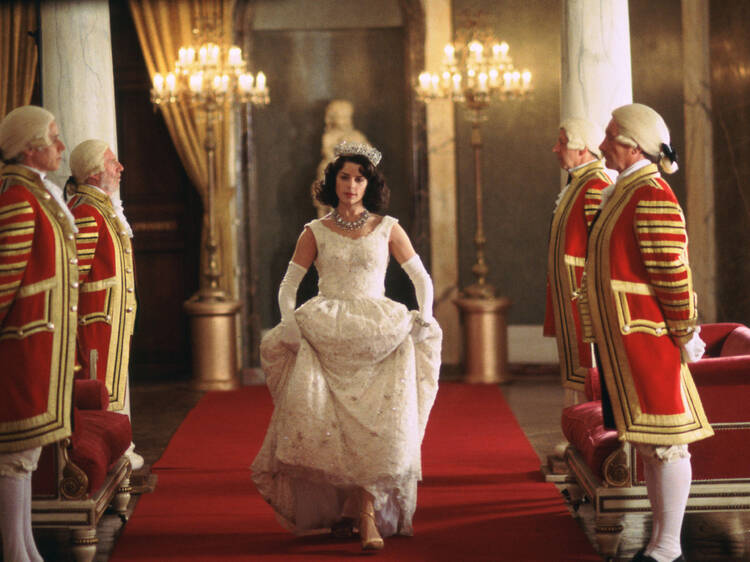 From Scream queen to actual queen, Neve Campbell is a surprising footnote in the scroll of on-screen Elizabeths. This counterfactual comedy romp, from The Comic Strip Presents’ Peter Richardson, is a curio, too, lampooning the Hollywood version of British history with Christian Slater as an American Winston Churchill and a poshly accented Campbell as Princess Elizabeth. It ends up with the pair teaming up on an Inglourious Basterds-alike mission to take down Hitler and is thus probably not one for royal purists. 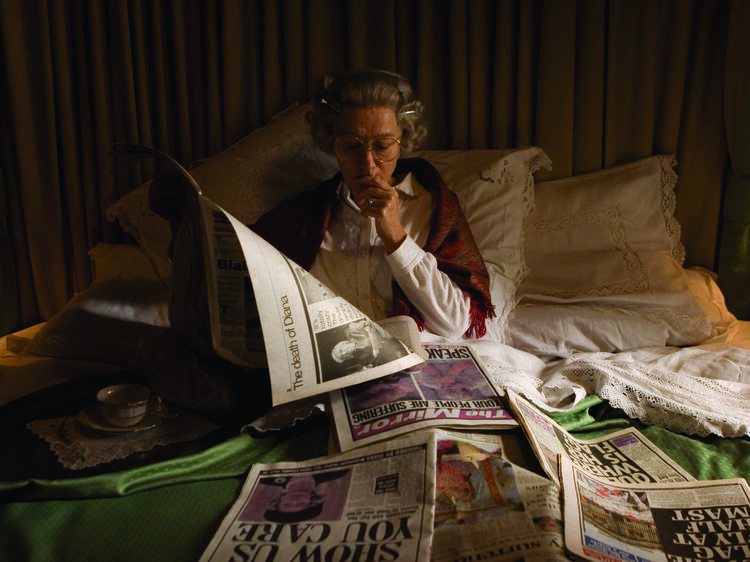 The best known on-screen depiction of the Queen comes courtesy of Helen Mirren in Stephen Frears’s compassionate dramatisation of the aftermath of Princess Diana’s death in 1997. The Londoner brings a quiet dignity and emotional intuition to the tumult of those complex days, in a performance that accented the royal persona with actual personality. It’s not known what the Queen herself made of it, but the Academy gave her an Oscar for it. 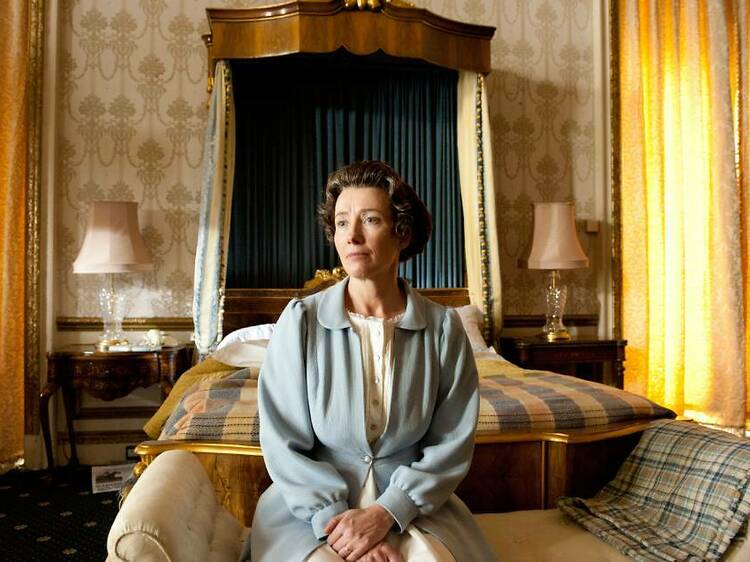 British royalty of sorts herself, Emma Thompson seems an obvious pick to play Queen Elizabeth II in a full-blown film adaptation. So far, she’s only done it in this Sky Arts TV play, but still brings composure and charm to a sympathetic imagining of what happened during the Queen’s encounter with Buckingham Palace intruder Michael Fagan (Eddie Marsan) in 1982. There’s even a handy life lesson dispensed to the needy Fagan. ‘We are all unique,’ she notes, ‘but we’re all part of something bigger.’ 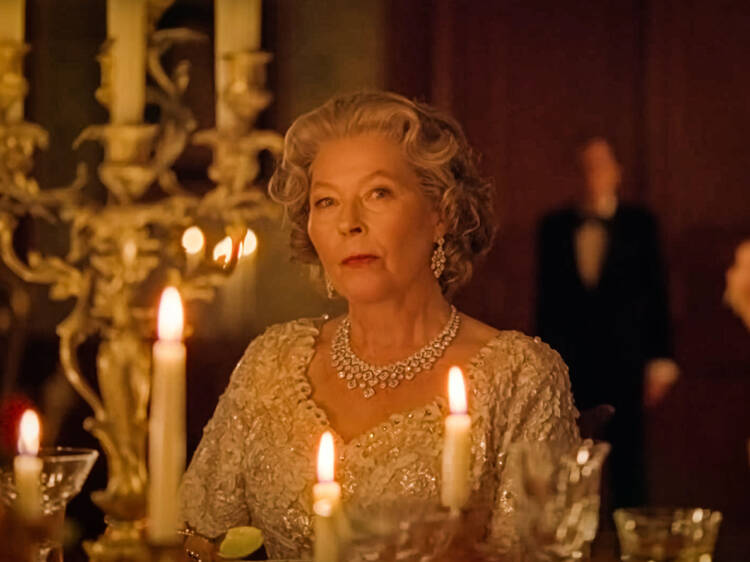 A sharper-edged version of the Queen, played by Scottish actress Stella Gonet, emerges in Pablo Larraín’s chilly royal fantasia. As Kristen Stewart’s Princess Diana struggles to hold it together over a Sandringham Christmas, Elizabeth in full no-BS mode. ‘You understand, my dear, that all you are is currency,’ she scolds her daughter-in-law. On set, Gonet discovered that even donning the regal garb would transform the behaviour of people around her. ‘As soon as I’d come out of make-up with the wig on, people changed totally towards me,’ she told The Guardian. ‘It was extraordinary. “Can I get you anything? Can I do anything for you? Are you all right?” There was just immediate respect.’ 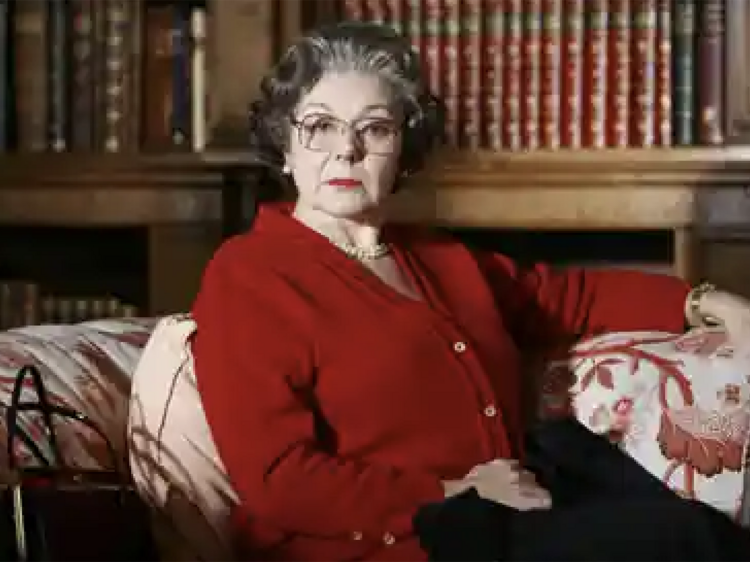 There are five different portrayals of Queen Elizabeth II in this Channel 4 docudrama series, with Emilia Fox, Samantha Bond, Susan Jameson and Diana Quick also starring as the late monarch. But English actress Barbara Flynn gets the really meaty stuff to do, depicting the Queen during 1992’s famous ‘annus horribilis’ when a series of scandals beset the Royal Family. It all happened in a blur, with Flynn cast on a Friday and filming the following Tuesday. ‘It was really a matter of “add water, be Queen”,’ she tells The Northern Echo, ‘although the wig, the pearls and the Corgis really helped.’ 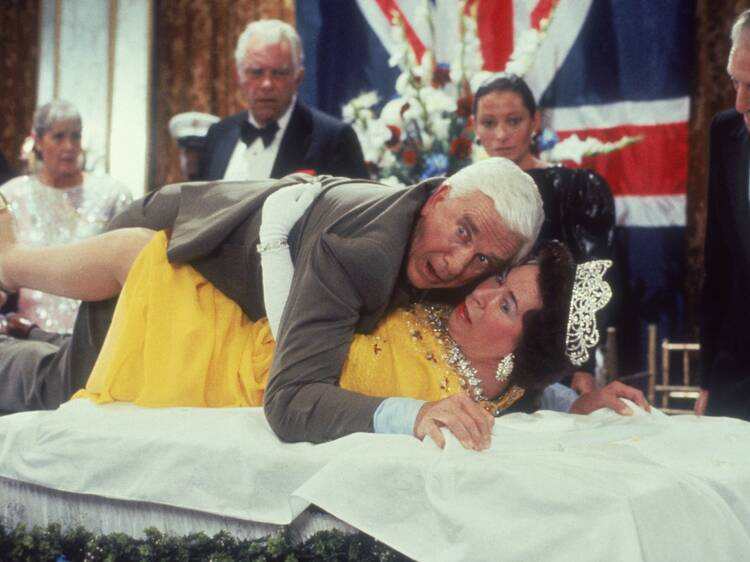 Jeannette Charles played Queen Elizabeth so regularly during her career, she named her memoir ‘The Queen & I’. You may know her as the baseball-throwing Elizabeth II in The Naked Gun, narrowly saved from assassination by Frank Drebin’s chaotic intervention (‘How about that Queen, ladies and gentlemen?’), or for knighting Austin Powers in Goldmember. But the 94-year-old actress spent much of her career impersonating Her Majesty. ‘I’d [spend] hours perfecting the Queen’s voice and mannerisms, and kept abreast of royal developments so I could reference them in my speeches,’ she says. 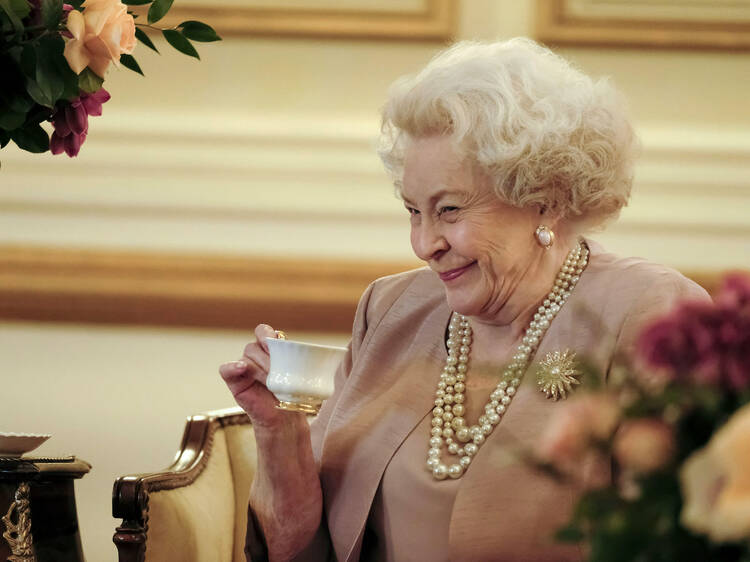 The Queen in this soft-focus Lifetime movie about the courtship of Harry and Meghan is played by Fargo season 3 actress Maggie Sullivun, and the Canadian actress sips tea and offers regal counsel with the best of them. She also, intriguingly, hates The Crown. ‘I’m not sure why they have to make it while one’s still alive,’ she mutters. Sullivun donned the royal finery again in Harry and Meghan: Becoming Royal and Harry & Meghan: Escaping the Palace. Those Lifetime sequels confusingly recast Harry and Meghan twice, but Sullivun provides continuity as a steely monarch with a slightly Canadian accent.

More on the Queen