The 15 best sex scenes with no sex in them

When it comes right down to it, our list of the 100 best movie sex scenes really told only half of the story. Cinema is an inherently visual medium, but so much of its power them stems from the things we don’t see. Basic Instinct may have been groundbreaking, but a quick flash of the goods isn’t especially hot. Showgirls may have earned that NC-17, but none of it is as steamy as the cut from a kiss to a train plunging into a tunnel at the end of Alfred Hitchcock's North by Northwest. Movies, like sex, exist first and foremost in the imagination, so it’s no surprise that many of their most memorably erotic moments do away with the deed altogether. Here are 15 of the sexiest film moments that didn't need sex to go all the way.

RECOMMENDED: Our list of the 100 best movie sex scenes ever made 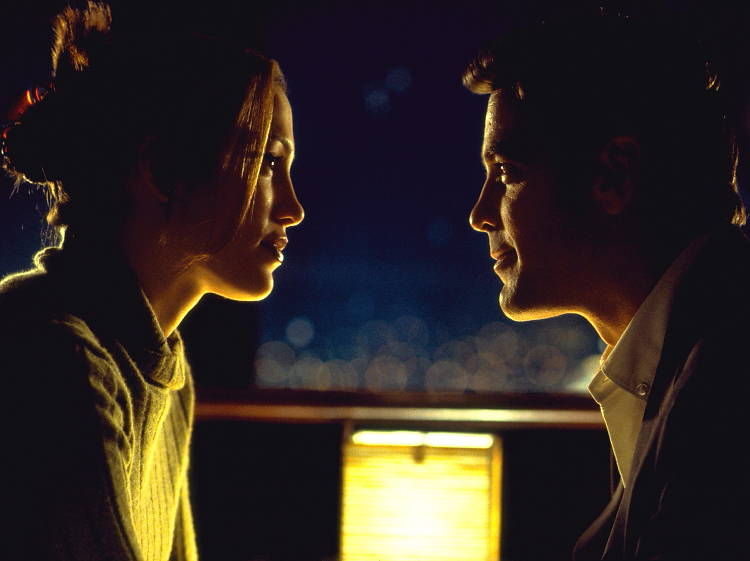 George Clooney was always going to be a movie star, but it wasn’t until he got locked in a trunk with Jennifer Lopez that it finally happened. Jack Foley (Clooney) is escaping from prison. Karen Sisco (Lopez) is the U.S. marshal who finds herself along for the ride. Scrunched tight together in the hot neon ass of Ving Rhames’s sedan, Foley chats up his new crush by talking about some of his favorite crime movies. It feels like the postcoital conversation that followed the greatest sex any two people have ever had, but it’s made that much steamier by the fact that you know it’s still coming. 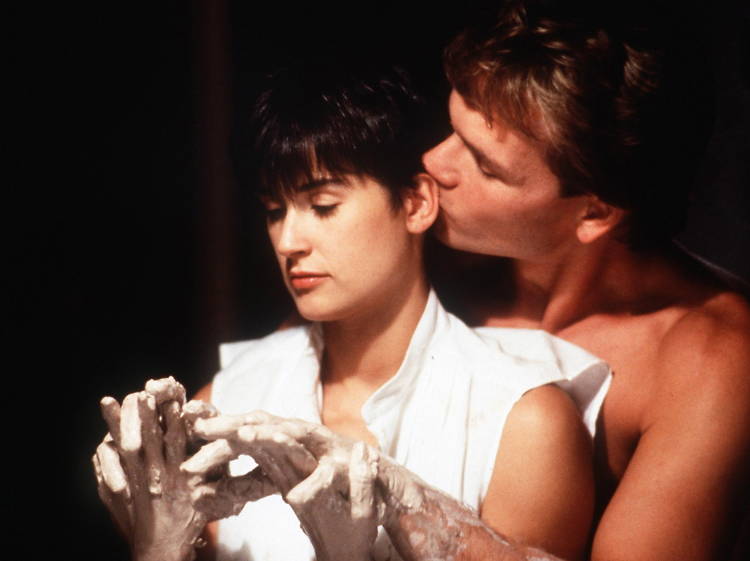 Poor potter Molly Jensen (Demi Moore) is sitting with her wet clay and just trying to get some work done, but her husband (Patrick Swayze) won’t leave her alone. Cue the Righteous Brothers’ “Unchained Melody” and the next thing you know, she’s procrastinating all over him. Yes, things soon take a turn for the naked, but this is the rare instance where the foreplay was so hot that nobody remembers the sex that came after it. 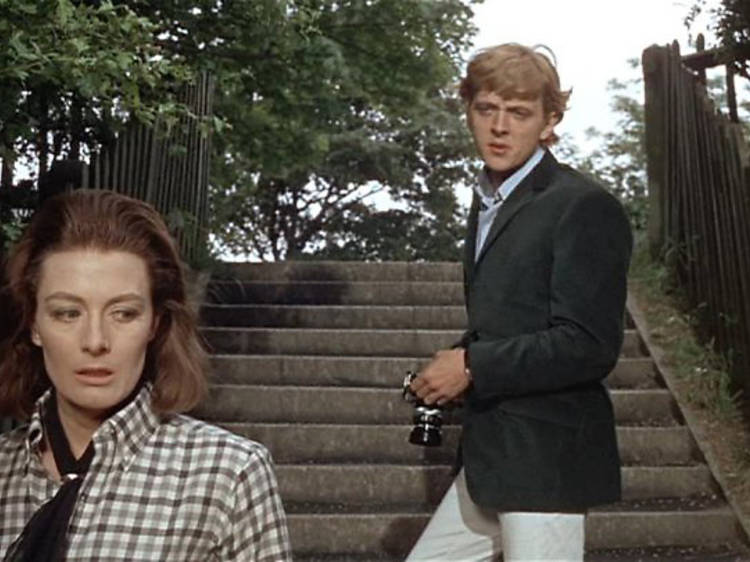 The sex scene is hard to shake, but there’s a good reason why Michelangelo Antonioni’s modernist classic is remembered for the things that you can’t see on screen. In the film’s most iconic moment, London’s most existentially tormented fashion photographer (David Hemmings) begins to blur the line between art and artist as he straddles the model he’s shooting and barks dirty talk as he flashes away. When the roll is spent, he collapses on a nearby coach in an exhausted heap. If you watch really closely, you can almost see a young Terry Richardson figuring out what he wanted to do with his life. 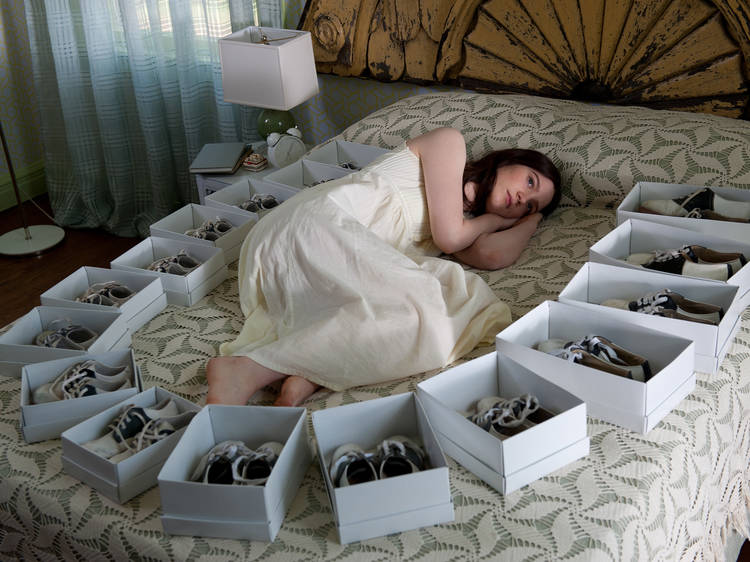 The centerpiece of Park Chan-wook’s mystery thrilleris as hot as it is incestuous—which is to say, very. Teenage India (Mia Wasikowska) is still trying to make sense of her handsome and enigmatic uncle Charlie (Matthew Goode), who shows up at her door in the days following her father’s death. It’s clear that the two share a carnal connection of some kind, but the nature of the bond between them doesn’t become clear until they duet. Sharing a piano bench as they plunk out the notes to an original Philip Glass composition, India and Charlie’s musical prelude illustrates how the family that plays together, preys together. 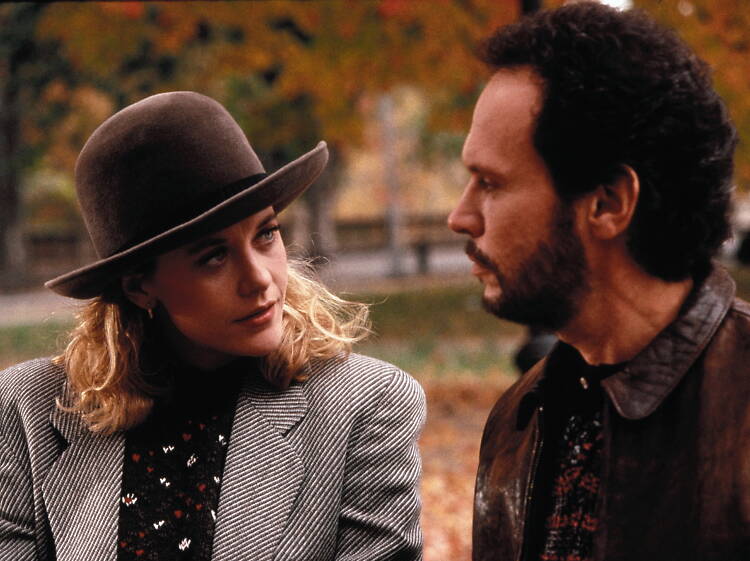 obligatory |əˈbligəˌtôrē|
adjective
required by a legal, moral, or other rule; compulsory : use of seat belts in cars is now obligatory.
• so customary or routine as to be expected of everyone or on every occasion
• “I’ll have what she’s having.” 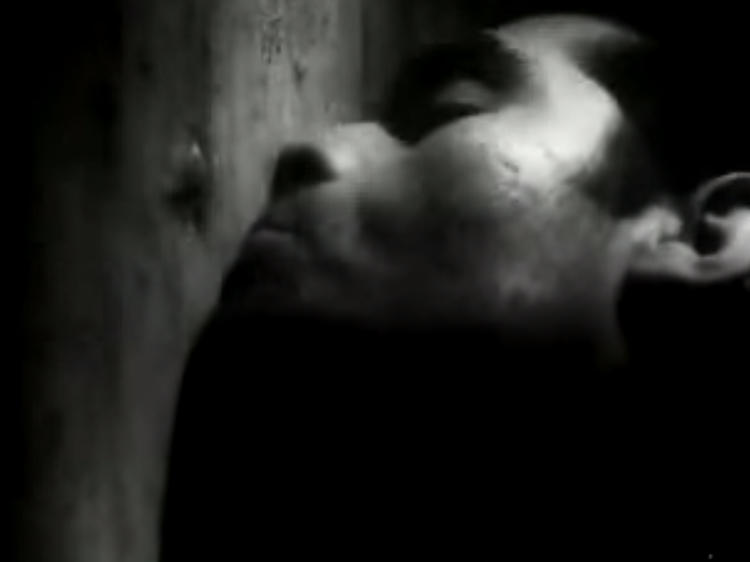 Jean Genet’s only film runs a brief 26 minutes, but that was long enough to shake the world. The short observes two unnamed men in adjacent prison cells, sharing a wall and a deep sexual energy. A prison guard, both angry and jealous, attempts to beat the attraction out of them. It doesn’t work. The men are forced to remain separate, but the barrier simply forces them to get creative. They funnel a straw through the hole between their cells, one blowing cigarette smoke through it and the other sucking up the fumes that escape from the other end. Sex always finds a way. 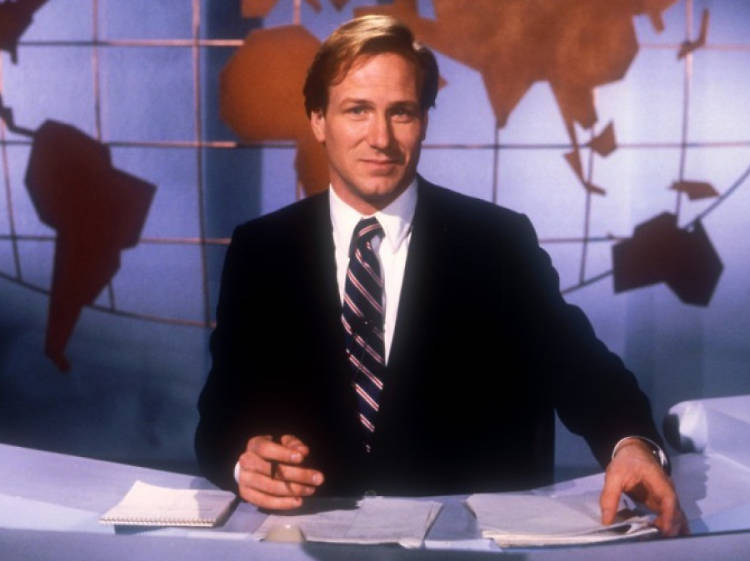 James L. Brooks’s brilliant love triangle assigns a moral position to each of its three leads without ever dehumanizing them: Albert Brooks is the spirit of hard-nosed, old-school journalism, William Hurt is the dark specter of infotainment and Holly Hunter is the deft multitasker caught between them. Because these clear representations are rendered as actual flesh and blood, there’s a genuine sense of unchecked intimacy to the scene in which Hunter—shouting instructions through an earpiece—guides Hurt’s character through his first night behind the anchor’s desk. “That was like great sex!” he announces to her afterward, and he’s not wrong. 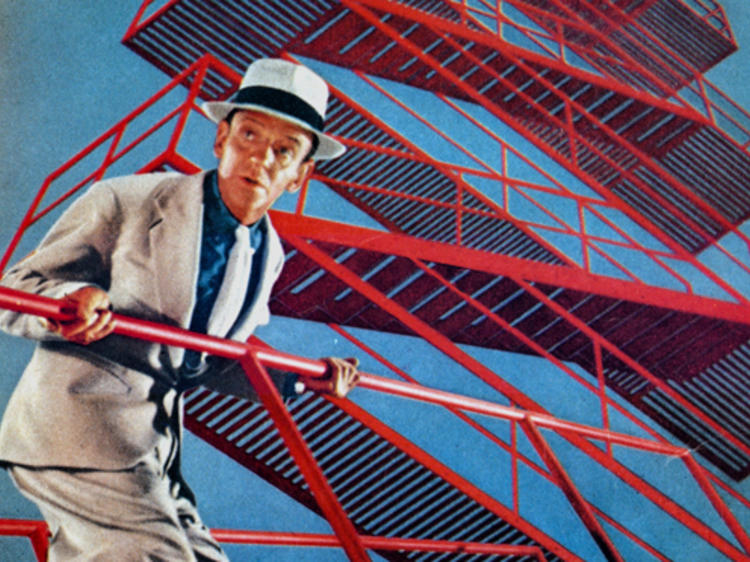 Anyof the scenes that Fred Astaire ever shot with leggy Cyd Charisse would fit the bill, but we have to give it to this showstopper from The Band Wagon. That first cut to Charisse arched up against the bar is so fierce that you barely notice the sight of her slinking out of her trench coat. The way she walks over to Astaire and presses her back against his chest is enough to make the gun he draws feel like a stand-in for something without a safety. 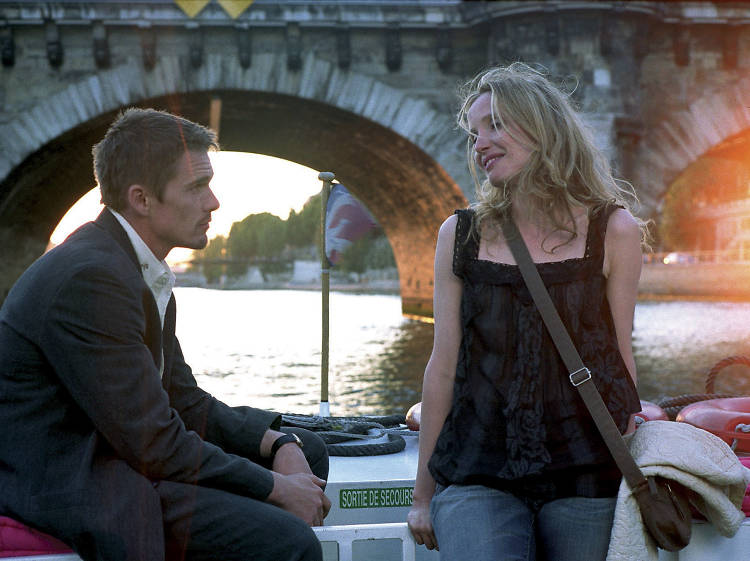 After nine years of not seeing each other after a mythic one-night stand—and after 80 breathless minutes of “will they or won’t they?” action following their reunion in a Parisian bookstore—Celine and Jesse (Julie Delpy and Ethan Hawke) bring their story to a standstill. And then, with a little help from the great Nina Simone, a lifetime of lost opportunities begins to pour out. “Baby, you are gonna miss that plane,” Celine says as she shimmies around her kitchen. Never has a slow fade-out been so satisfyingly vivid. 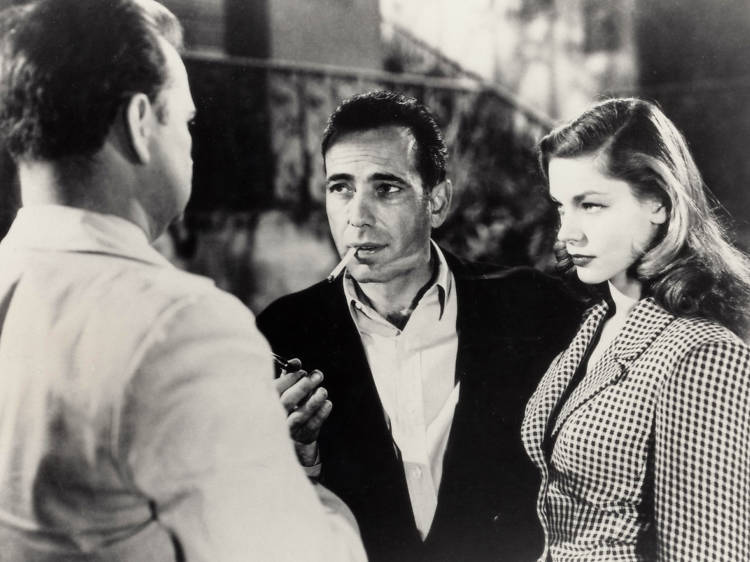 You’re going to think we're crazy but we’ve got a theory: When Lauren Bacall instructs Humphrey Bogart how to whistle by telling him “You just put your lips together and blow,” she’s not actually talking about whistling. Seriously, watch this legendary scene again and see if you can spot what we mean. There's got to be a good reason why this exchange has come to define Howard Hawks’s star-making romance. (and Bogart would probably agree with us—he married Bacall a year after filming) 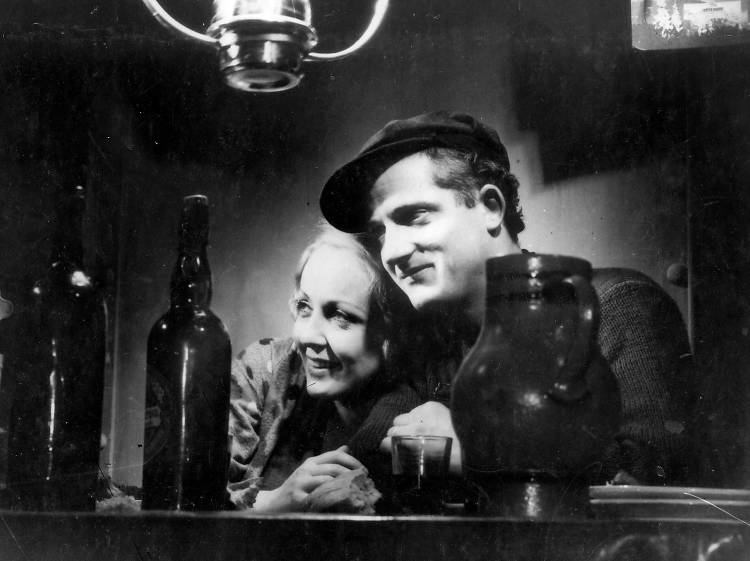 One of the most lyrical scenes ever shot anchoring one of the most beautiful films ever made, the centerpiece of Jean Vigo’s L’Atalante is an unfathomably perfect illustration of love lost and found. Jean (Jean Dasté) has recently ditched his new bride (Dita Parlo) in Paris, casting off to sea on his titular barge. Torn with regret and guided by the instructions of an old folk tale, Jean hurls himself into the freezing waters below his ship. There, just beneath the surface, he sees his wife drowning (or is it dancing?). In the deep, his jealousy boils over and spurs him into action as a cut to Parlo’s face caps a this moment with a truly lustful aftertaste. 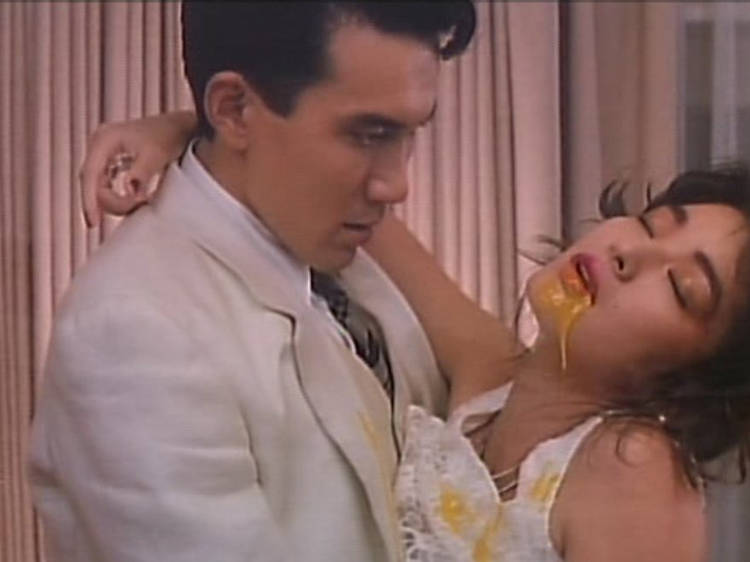 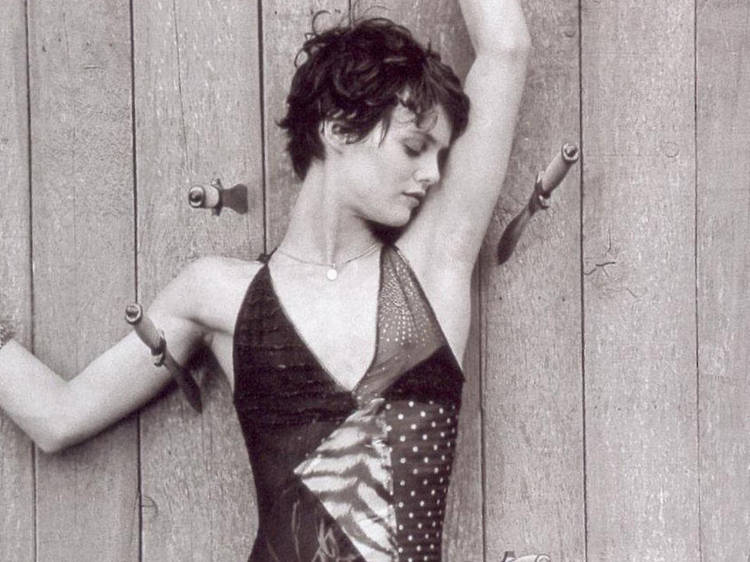 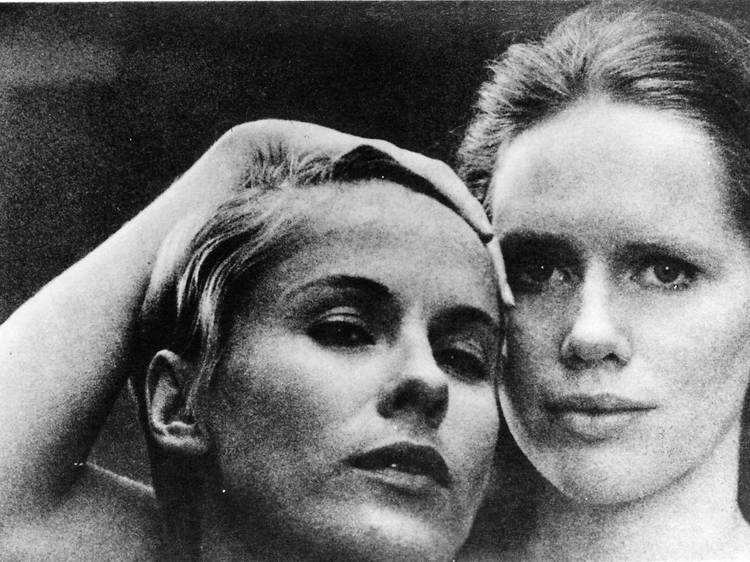 In a semidarkened room, Alma (Bibi Andersson) relates a tale of sex on the beach with her girlfriend and a pair of underage boys, an incident with dire consequences. To put it mildly, it turns out that Alma is one hell of a storyteller. Filmmaker Ingmar Bergman (a legend seldom remembered for his sex scenes) trusts that Andersson’s face will be enough to illustrate her monologue, the bluntness of which becomes unbearably hot (the moment was often cut from prints by concerned censors). Famously, Roger Ebert wrote, “The imagery of this monologue is so powerful that I have heard people describe the scene as if they actually saw it in the film.” 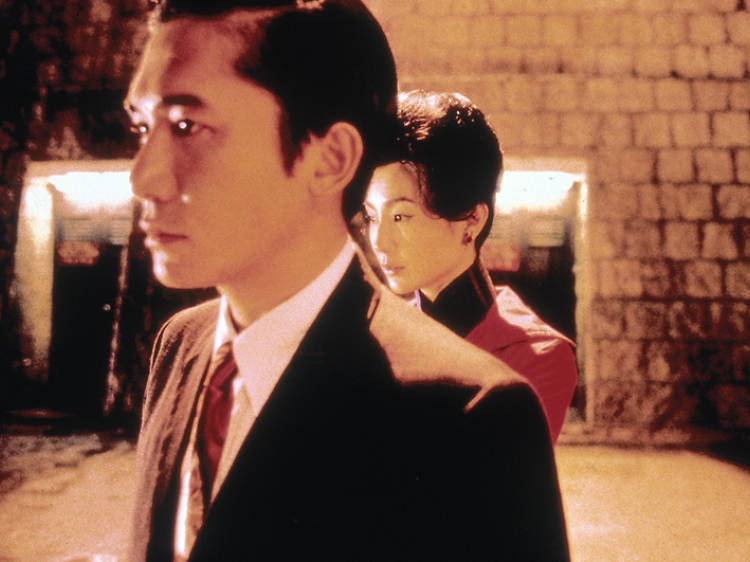 Wong Kar-wai’s masterpiece epitomizes the sensuality inherent in filmmaking itself. An agonizingly chaste story of the almost-affair that percolates between married neighbors (Maggie Cheung and Tony Leung) whose spouses are sleeping with each other, In the Mood for Love is a ballet of furtive glances, stolen moments and curtailed desires. The film’s most aching sequence approximates two ships passing in the night: Shigeru Umebayashi’s heart-melting theme pulls the would-be lovers past each other in the shadows. Only when we revisit the moment do we notice the stolen glance that drips with all of the sex they’ll never have. 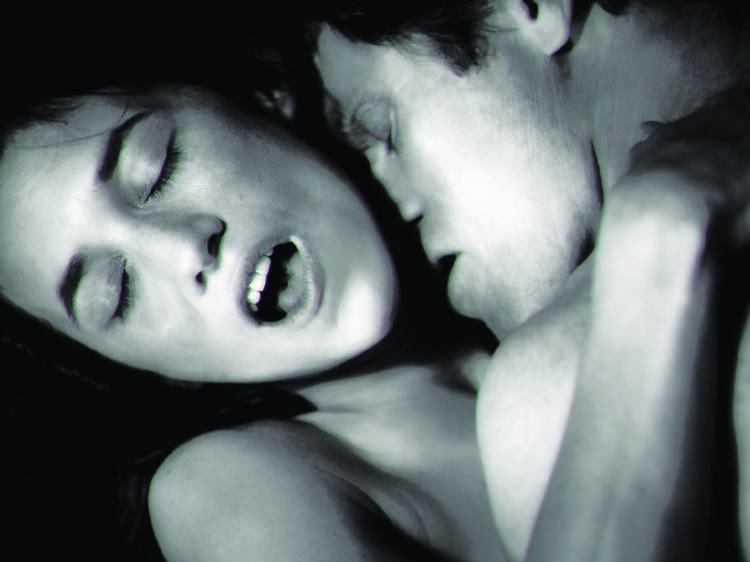