Vampires are dead. It's officially the season of the witch. Last year Meryl Streep starred in 'Into the Woods'. Now, as Robert Eggers's horror 'The Witch', set in seventeenth-century New England, lands in cinemas, it's time to nail down the best screen sorceresses. 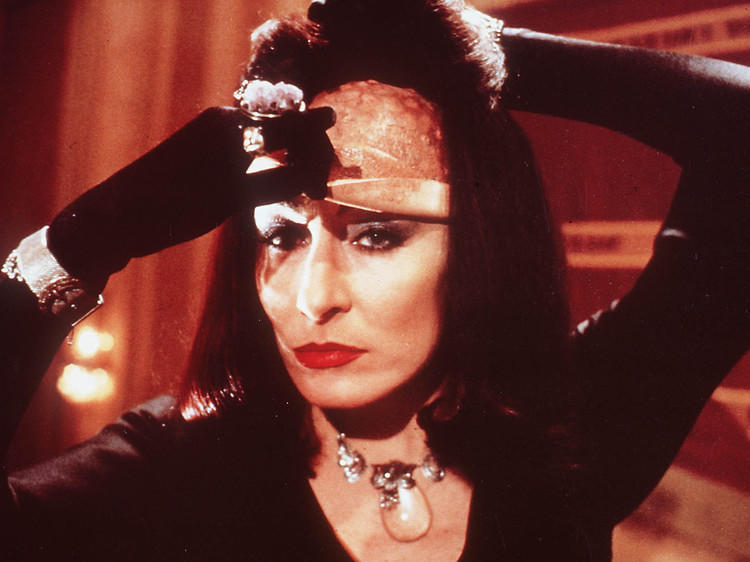 Evil deeds
The elimination of all the children of England is her plan. Her means is a devilish potion that turns the under 12s into mice. The Grand High Witch’s diabolical followers disguise themselves as frumpy ladies from the shires to pose as earnest children’s charity volunteers.

Scare factor
10/10. The best kids’ stories are the scariest and this is based on Road Dahl’s most frightening novel. The thought of all those nice charitable ladies hiding hideous scaly faces is truly nightmarish – and Anjelica Huston gives the performance of a lifetime.

Wyrd words
‘Witches of England... You are a disgrace! You are good-for-nothing worms! Everywhere I look, I see the repulsive sight of hundreds, thousands of revolting little children.’

Appearance
Scantily clad. This was back in Helen Mirren's sex-kitten days, and given writer-director John Boorman’s fixation with medieval rumpo it’s hardly surprising that the national treasure spends much of her time in see-through silks.

Evil deeds
Inveigling her liege lord and estranged brother Arthur into a spot of uninvited incest (to be fair, he doesn’t put up much of a struggle), thereby birthing his son and nemesis, Mordred. Oh, and sealing Merlin in magic ice.

Scare factor
2/10. Unless you’re a medieval king or have an irrational fear of Helen Mirren’s nipples, you’re on safe ground.

Wyrd words
‘I have conceived a son, my king… my brother!’

Appearance
The fairest of them all. And she’s going to keep it that way, come hell or high water.

Evil deeds
This being pre-botox, her drastic measures to stay youthful and more beautiful than Snow White involve a huntsman, an axe and a shiny red apple.

Scare factor
8/10. The scene where she transmogrifies into a scabby crone – with the aid of a magic potion and some wild proto-psychedelic animated effects – is one of the most wonderfully witchy scenes in cinema.

Wyrd words
‘One bite, and all your dreams will come true.’ 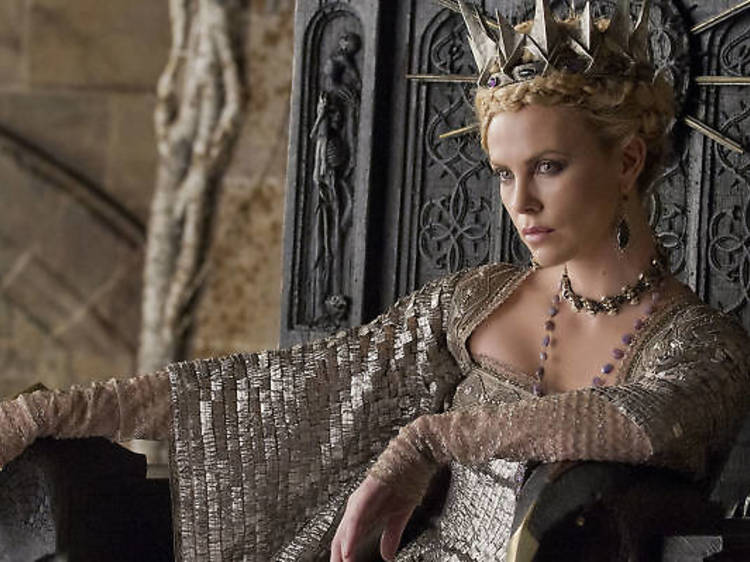 Appearance
Provided she's had enough youth juice and compliments from her mirror, she's a stunning beauty, but when the well is dry Ravenna reveals her true age. It's also worth noting that she can morph into a flock of birds and enjoys bathing in milk.

Evil deeds
She kills her husband (Snow White's dad) on their wedding night and, quite literally, sucks the village dry by hoovering the life out of young girls in order to stay fresh and perky. She also tries, and fails, to assassinate her stepdaughter, Snow White, by shapeshifting into a hunky guy and offering her a poisoned apple.

Scare factor
8/10. Shapeshifting, frantic screaming at a mirror and intimidating the bejesus out of people. Charlize is terrifying.

Wyrd words
‘Mirror, mirror, on the wall, who's the fairest of them all?'

Appearance
Knockout. She may have spent 300 years buried under a tree, but time has not withered her beauty.

Evil deeds
Crimes against menfolk is her bag. She’s out for revenge against an up-and-coming politician whose Puritan ancestor burned her at the stake back in the bad old days. A bolt of lightning has just brought her back to life.

Scare factor
1/10. With that come-hither purr, you’ve got to be kidding. Jennifer is more malicious minx than malevolent. Incidentally, she was the inspiration for the TV show ‘Bewitched’.

Wyrd words
‘Why do you look at me that way? Oh, my dress. Do you like it?’ 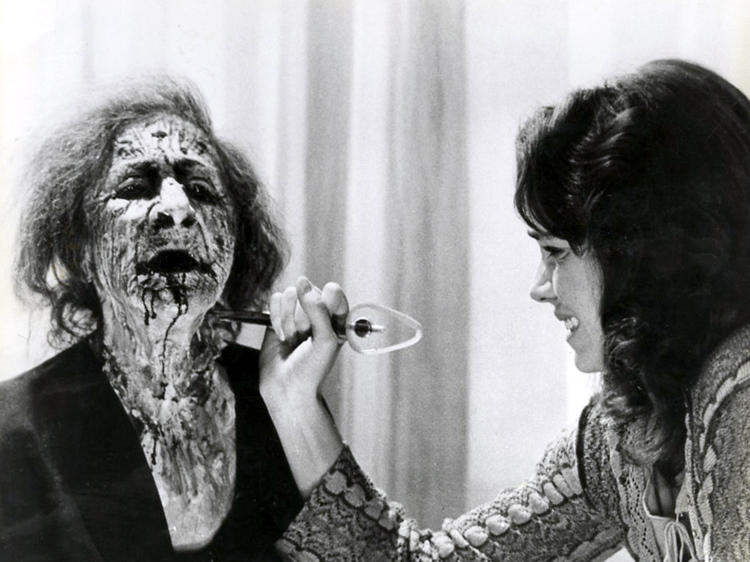 Appearance
Wrinkly. By the time she turns up in Dario Argento’s high-tension horror masterpiece, The Mother of Sighs is a couple of centuries old, and looks it. According to star Jessica Harper, she was played by ‘a 90-year-old ex-hooker Dario found on the streets of Rome’.

Scare factor
9/10. Thanks to her telekinetic powers, you never know when or where this bad Mother is going to strike (though the eerie chimes on the soundtrack do kind of give it away).

Wyrd words
‘You wanted to kill me! Now death is coming for you!’

Evil deeds
She’s got a sadistic streak, this one. Not only did she torture Hermione and murder her own cousin, Sirius Black, she bumped off poor little Dobby. But what else do you expect from a Slytherin?

Scare factor
6/10. She’s one mean Death Eater, but Helena Bonham Carter is having too much fun to be truly diabolical. Sometimes she comes over more like a rampaging toddler having a hissy fit.

Wyrd words
‘Potter, you cannot win against me! I am the Dark Lord’s most loyal servant. I learned the dark arts from him, and I know spells of such power that you, pathetic little boy, can never hope to compete!’ 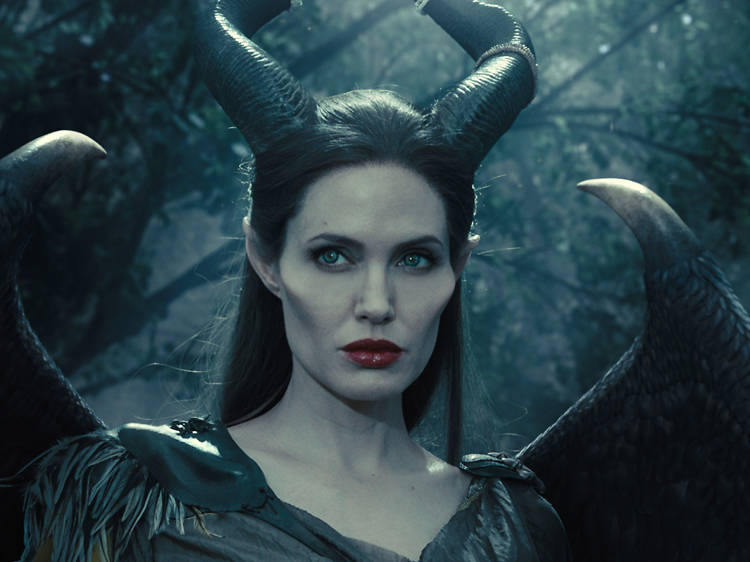 Appearance
The hottest witch ever created. Angelina Jolie spent three hours every day in make-up to play the ‘Sleeping Beauty’ villainess. The horns were inspired by Lady Gaga.

Evil deeds
She curses a baby and calls herself ‘the mistress of all evil’, but we’re definitely meant to feel sympathy for this devil. The whole point of the film is asking what makes people evil. In Maleficent’s case, she was done wrong by a man, who broke her heart and then her wings.

Scare factor
7/10. Maleficent is terrifying to little children. Literally. Angelina Jolie’s daughter Vivienne had to be cast as the young princess – she was the only kid who didn’t run away from Jolie’s scary black horns.

Wyrd words
‘This curse will last till the end of time! No power on Earth can change it!’ 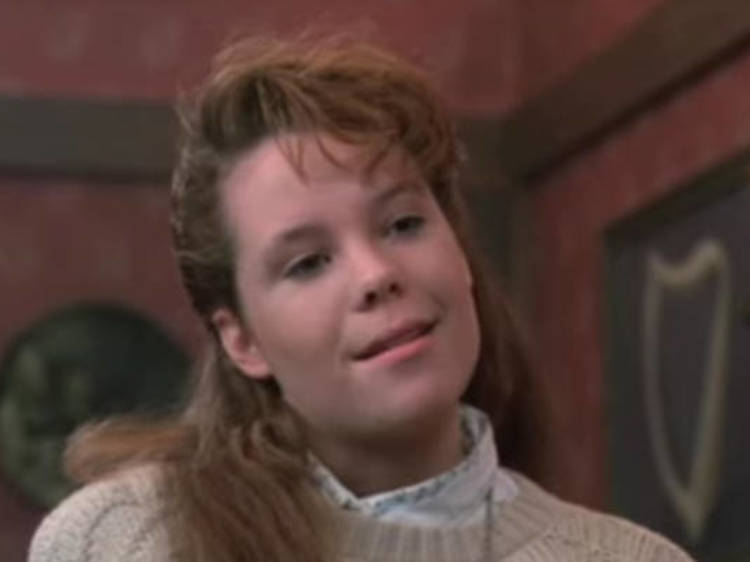 Appearance
Normal (for 1989). And when we say normal, we mean girl-next-door, top-of-the-class, pink-cardie-and-gingham normal.

Evil deeds
Louise doesn’t really do evil; she’s far too plucky and up-with-people. She does turn her brother into a dog, but he gets better. In fact, the closest she gets to true darkness is encouraging her high school’s resident white-boy rap trio, arguably the worst musical act of all time. Top that!

Scare factor
1/10. Unless you count the scenes featuring the aforementioned rap trio.

Wyrd words
‘I'm rubber, you’re glue! Whatever you call me sticks back on YOU!’

10. The Wicked Witch of the West (Margaret Hamilton)

Appearance
Traditional. She is your classic old hag. So, pointy black hat, livid green complexion, warts and all.

Evil deeds
Attempted arson on the Scarecrow is perhaps her most heinous. Plenty are willing to forgive her cruel intentions towards Dorothy – after all, the girl did carelessly dump a house on her sister.

Scare factor
5/10. It’s those marauding winged monkeys you’ve really got to worry about. 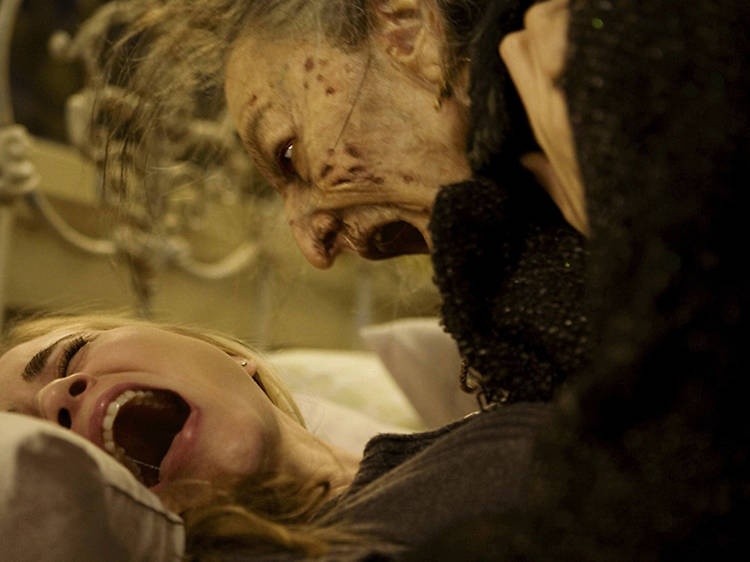 The 20 best horror films on Netflix

No idea which are the best horror movies on Netflix UK? We’ve handpicked the most scary movies available to stream online.