Timothée Chalamet: ‘I don’t know how the f**k any of this happened’

Timothée Chalamet stunned us in ‘Lady Bird’ and ‘Call Me by Your Name’. Now ‘Beautiful Boy’ – screening at the LFF – looks set to make him a superstar

Timothée Chalamet wants to ‘get this right’. He says words to that effect no fewer than four times during our hour-long breakfast. It’s not the uncertainty of your average 22-year-old. It’s the carefulness of an actor who knows his mind, but also knows that anything he says will be shared, analysed, dissected. Timothée Chalamet, you see, is a Big Deal.

Getting things right has worked out well so far for him. The Oscar-nominated New Yorker has appeared in more zeitgeisty hits than movie stars twice his age: from ‘Call Me by Your Name’ and ‘Lady Bird’ to ‘Interstellar’ and now gut-wrenching addiction drama ‘Beautiful Boy’, showing at LFF this weekend. But over the past couple of years Chalamet (whose father is French) has also grown into an internet-heartthrob-phenomenon. His haircuts are breaking news stories, he’s been hailed as the ‘new Brando’ and more than 61,000 people follow an Instagram account that Photoshops his face on to famous artworks.

Right now, Chalamet is enjoying being caught up in that storm. Passionately nerdy about movies and hip hop, he talks excitedly about getting the chance to meet his heroes – as well as simply being able to pay the bills via acting. ‘None of this is lost on me in any way,’ he says. ‘I don’t know how the fuck any of this happened.’

Your character Nicolas in ‘Beautiful Boy’ is a meth addict in a very dark place: was it hard to go there?
‘Playing a young person who’s lost and self-loathing – that’s universally relatable. I think it’s the job of any actor to be as raw as possible and make yourself an open wound.’

It’s another thought-provoking role. Do you consciously attach your fame to challenging films?
‘I grew up in a publicly subsidised arts building in New York where people were really stringing together their incomes. To be economically self-sufficient as an actor is the first goal.’

Every movie you do seems to be huge, though. Doesn’t that ever get overwhelming?
‘I’d rather be stressed out over how much work I’m doing than sitting in an apartment on 163rd Street and Grand Concourse in the Bronx, waiting for the phone to ring. Or taping an audition for “The Neon Demon” that I rehearsed for a week and sent in, and they didn’t respond. Or for “The Theory of Everything” or “Miss Peregrine’s Home for Peculiar Children”.’

You worked with Greta Gerwig on ‘Lady Bird’, now you’re appearing in her ‘Little Women’ remake. Why did her latest project appeal to you?
‘I would work with Greta on anything. I’m just totally in awe of her. I like working with filmmakers who are ten times smarter than me. Also I get to be the square to the circle of Saoirse Ronan’s affections again.’

Like you were in ‘Lady Bird’? Why do you think people loved that film so much?
‘While variants of the Lady Bird character have been presented on screen before, none had the clear cultural references that film had.’

Making out to ‘Cry Me a River’?
‘Exactly. If you saw “Lady Bird” in Brooklyn at Christmas in a packed theatre, everybody would be laughing at that moment. Greta sent Justin Timberlake a private message just so she could use that song.’

You’re known for your quirky sense of style – have you always been into fashion?
‘Growing up in New York in seventh grade, every prepubescent 12-year-old guy in the school – including myself – tried to get the coolest pair of [Nike] Dunks to suspiciously “not” match our T-shirts. Like, a purple Penguin T-shirt, grey jeans… and purple Dunks.’

Have you gone all Hollywood and got a stylist?
‘I hear about celebrities who have stylists, and that blows my mind. It’s certainly not why I act, but I can wear cool clothes from some of the nicest designers in the world. [So why] am I going to pay someone to figure out what I should be wearing? That’s the fun part.’

Have you ever met any of your idols?
‘Yes. Kid Cudi is an inspiration to me and he saw the films I worked on last year and really got them. It was life-affirming. It almost makes me tear up now.’

Whose poster did you have on your wall as a kid?
‘Jimmy Briand, a French soccer player for Rennes at the time. There used to be this soccer magazine in France called Onze that would have great posters. I’d buy them in France and try to bring back as many issues to the US as possible.’

Do you ever imagine yourself doing a superhero movie and having your own action poster?
‘I want to be open to all experiences. “The Dark Knight” is a superhero movie, and that’s the film that made me want to act.

What’s the most starstruck you’ve ever been?
‘It might have been Matthew McConaughey when I met him on “Interstellar”. He just oozes movie-star qualities. He’s so confident and rugged. And similarly with Christian Bale when I met him on “Hostiles”. I remember him asking me to repeat my name so he could hear it better and commit it to memory. My voice got caught in my throat, not really being able to get it out, thinking: Why, for the first time in my 20 years on this planet, is my mouth not following what my brain wants it to?’

Did you tell him that you love ‘The Dark Knight’?
‘I picked his brain quite a bit about “The Dark Knight”, yes, but even more so about “American Psycho”, because I’m crazy about that performance.’

How do you deal with big nerve-racking auditions?
‘I don’t deal with them – I don’t know how. Please tell me how. “White Boy Rick” is a movie that’s coming out. I wept for hours after doing that audition.’

You didn’t even get that part! I hope they saw you crying.
‘I’m a big hypocrite in that I believe that the most important part of any audition is the second you leave the room. If you can leave and not beat yourself up, it’s going to help you next time. I never actually auditioned for “Call Me by Your Name”, which kind of blows my mind. I did a reading in New York.’

You wouldn’t call that an audition?
‘We were rehearsing it with another actor. He suggested that we read it for [director] Luca Guadagnino and [screenwriter] James Ivory. My heart dropped because they’d never seen me read. I went to my friend’s house and we ran it all night. I was terrified that they would realise I was terrible.’

‘I'm suspicious at how much I'm enjoying fame’

What’s the last conversation you had about the rumoured ‘Call Me by Your Name’ sequel?
‘Armie [Hammer] is the last person I talked to. I’m in. I could tell he feels the same way. I like the idea that it would be like “Boyhood”, in the sense that you can see the characters age over the years.’

What’s your most memorable fan interaction?
‘It would have to be in Szilvásvárad, Hungary. A Mercedes screeched up next to me. I thought: What’s going on here? Then a little girl jumped out and had a “Call Me by Your Name” phone case and wanted me to sign these things. ’

Do you like being famous?
‘I’m suspicious at how much I’m enjoying it. I can understand how some people find the experience of fans stopping them abrasive, but I don’t feel like Michael Keaton in “Birdman”, or anything.’

Is it true you took your mum to the Oscars?
‘There’s this gif that I love. It’s when [‘Call Me by Your Name’ screenwriter] James Ivory wins. Armie and I stand up and applaud. Then at the last second, my mom, who’s shorter than I am, pops up in the lower left side of the frame, like a gerbil. Elizabeth [Chambers] and Armie and I send that to each other sometimes. It’s really funny.’

Lastly, ‘Beautiful Boy’ is screening in London this week. What’s your favourite thing to do here?
‘I like Bleecker Street a lot – it’s a burger place. It was across the street from Shake Shack, ironically. But Shake Shack had one too many long lines, so I just went there once and I fell in love with it.’

‘Beautiful Boy’ is at the London Film Festival this week and is in cinemas from Jan 18 2019.

Going to the London Film Festival? 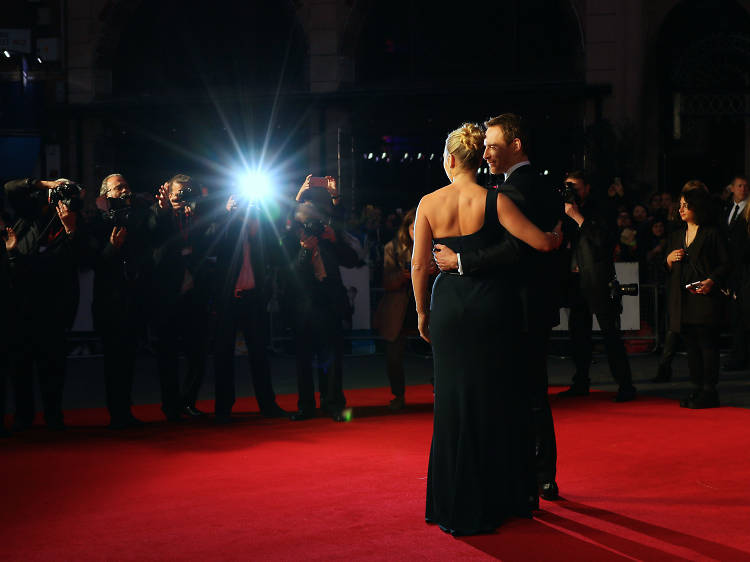 Your guide to London Film Festival 2018

It’s the biggest, brightest and best event in the capital’s film-going calendar