As Tom Hanks turns journalist in new film ‘The Post’, Phil de Semlyen chats to the actor about martinis, London restaurant chains and the secret of happiness

Tom Hanks is letting me in on a family ritual. It riffs on a life-or-death moment in ‘Dr No’ involving Sean Connery’s 007 and imperilled Bond girl Ursula Andress. ‘I’ll say to my youngest son: “How can you eat breakfast at a time like this?”’ says Hanks, ‘and he’ll reply: “Becausshhh I’m hungry!”’ He slaps his leg happily. If for some reason life offered you, say, an extra dad or a bonus uncle, this would be just one more reason to pick Hanks: he even does a terrible Sean Connery impression. You just know his dad jokes are going to be off the hook. The twice-Oscar-winning actor, filmmaker, novelist, activist, typewriter collector and star of at least one of your favourite childhood movies (‘Dragnet’ for me) is one of Hollywood’s good guys – at a time when the place could do with a few more of them. He spends his spare minutes reuniting people with lost gloves and shoes via Twitter (just drop one in the street and check  @tomhanks for news). That likeable, everyman on-screen persona is no actorly façade: he’s a genuinely nice guy with a warm handshake. His new film, ‘The Post’, sees him back with his old mucker Steven Spielberg for a fifth time, as well as a first pairing with Meryl Streep. Guess what? He had a blast. So what’s the secret behind his contentedness? Well, Wagamama, it turns out.

‘The Post’ is a serious film, of course,  but it feels optimistic too.
‘It’s a suspense thriller where there’s an awful lot at stake, and it’s a piece of history that still comments on the present day. I thought I’d signed on to make a movie about defending the First Amendment, but it turned out we also walked into gender politics, harassment, and a chief executive [the president] who is hell-bent on obfuscating facts. We didn’t have to alter a single word or event in our movie in order to comment on today.’

You’ve worked in Hollywood for four decades. Do you think the #MeToo groundswell will lead to real change?
‘Without a doubt. There have always been assholes and ogres and sexual predators, but there’s an ocean of stuff that no one will be able to get away with now. I think I can say with certainty that the power structure is going to be more reflective of the ratio of men to women. That’s going to be the only yardstick for change.’

‘The Post’ is your fifth film with Steven Spielberg. What’s the key to a happy on-set relationship?
‘Come in with ideas and energy: “How about this?” “What about this?” “Hey, you know what we can do tomorrow...” He is in absolute heaven.’

‘The Post’ is being tipped for the Oscars.  As an Oscars veteran, what’s your advice for  the newbies?
‘Take a protein bar in your pocket, show up as late as possible and chat with everybody. The best part is talking with people you don’t know.’

Have you ever been starstruck there?
‘My Lord, yes. The first time I went to the Academy Awards [in 1987] I was sitting next to Bette Davis. That was a “pinch-me” moment.’

Your martini-carrying exploits at the Golden Globes went viral. It looked pretty tense.
‘Let me say it right now, that bar was far away.  I had to say to somebody with a badge: “Where’s the goddamn bar?” I ordered three martinis and then thought: How am I going to get these back? Luckily, the dessert table came through with a plate with a napkin on it. I felt like I was balancing nitroglycerin.’

Any chance it’ll lead to a martini-serving cameo  in a Bond movie?
‘Oh: “Shaken not stirred?” That’d be a treat.  No one’s asked me to be in any of those. I might have to hold out to play the guy who says: “Before  I kill you, Mr Bond, perhaps you’d like a tour of  my installation?”’

Which of your films get quoted at you in London?
‘In the US people want to talk about “Apollo 13”  or “Cast Away” or “Forrest Gump”, but in the UK it’s about what I did last. For a long time, Europe was the only place anybody yelled “Illuminati!”  or “Doctor Langdon” at me. I also get “Sully” or  “I am the captain now”.’

So no ‘there’s no crying in baseball’ or ‘Wiiilson’?
‘There’s a substantial amount of that, which is all fine and dandy.’

Which co-star has made you the happiest on set?
‘I’m an old repertory actor and all we do is laugh all day. We just goof around. John Candy? One of the dearest people on planet Earth. Meg Ryan? Great conversations. But if I could go back and spend more time with anybody it would be the band in "That Thing You Do!”. If I could shoot that whole movie again, I’d be very happy.’

What’s the film you turn to when you need cheering up?
‘When I need a moment of solace, or to experience unbridled joy, it’s “A Hard Day’s Night”. It’s the happiest film of all time.’

Does that also make The Beatles your top pick for feelgood music?
‘Some lesser hits, and I’d probably put together a mixture of songs by The Animals, The Dave Clark Five, The Stones, The Kinks and I’d throw in some Dusty Springfield.’

What do you remember about coming to London before you were famous?
‘I actually never came to London on my own dime. The first time I came was to do press in 1984 on “Splash”. I’ve seen the Cabinet War Rooms and the Tower of London, but the best times have been when I’ve had a day off here. I’ve taken a nap in Hyde Park; I fell in love with Wagamama – I have my haunts.’

You’ve been married [to Rita Wilson] for 30 years. What are your tips for a happy marriage?
‘Oh God: enjoy each other’s company. Live in the day. Don’t live in what happened yesterday or what’s going to go down tomorrow. Live in today.’ 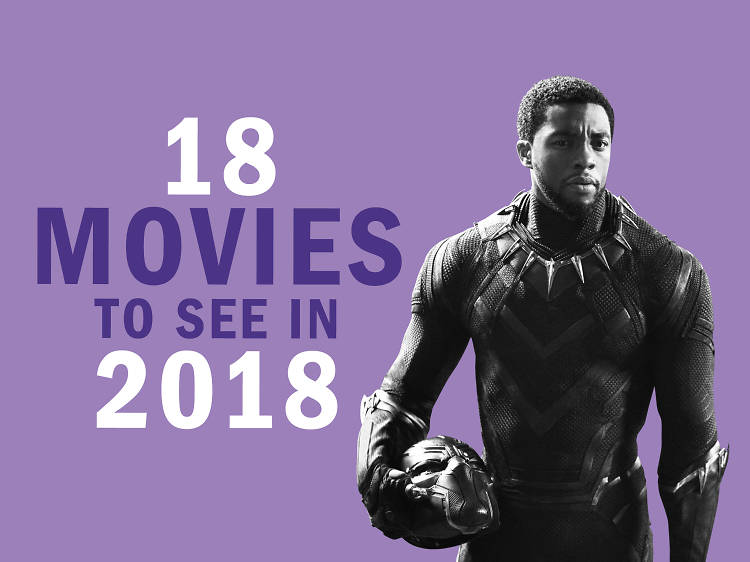 There’s plenty of cinematic joys to look forward to over the next 12 months, with sharp-edged indies, ambitious blockbusters and, yes, the odd sequel ahead. Here’s a select few to put in your diaries...
Read more
Show more