Undercover with The Americans’ Keri Russell and Matthew Rhys

In the company of Keri Russell and Matthew Rhys, it feels right to slip into a room where we really shouldn’t be. The Drawing Room at the elegant Crosby Street Hotel in Soho—crimson walls, plush sofas, soft glimmers of lamp light—is hardly as singed with intrigue as the highly guarded warehouses and offices that the two actors frequently penetrate as Soviet spies Elizabeth and Philip Jennings on FX’s The Americans, but we didn’t reserve the space, and that’s enough for me to indulge in a bit of spy-fiction fantasy with television’s most celebrated saboteurs.

The couple—they’ve been together since the show began in 2013 and live in Brooklyn with their ten-month-old son, Sam, and Russell’s two other children, Willa and River—just finished a long press conference promoting the fifth and penultimate season of the critically acclaimed show. They immediately order a round of cold pilsners as Rhys, a Welshman, jokes about California-born Russell’s newfound appreciation for rugby. She has nicknames for Wales’ top players, “like the Centurion, who is former team captain Sam Warburton,” he explains. “I think he looks like our son Sam: bald with no neck.”

You get the sense they’re enjoying their break in this luxury hotel hideout. Tonight Rhys cooks a “full Sunday roast” for his parents, who are visiting from the U.K.; then he and Russell clock another week of 14- to 16-hour days at the Gowanus studio where much of The Americans is filmed, and on the Brooklyn streets that stand in for the 1980s Washington, D.C., suburbs where the Jennings and their two teenage children live as an all-American family with a dark and un-American secret. But that’s tomorrow. For now, Russell has her first sip of beer of the day and loves it. “That’s so fucking good,” she says, brushing her hair to the side. “I could have eight.”

You just came from chatting with the Hollywood Foreign Press Association, which nominated you both for Golden Globes this year after four seasons. Finally, right?
Keri Russell: Personally, I love the underdog. It’s kind of a sweet spot to never get nominated. Everyone’s writing nice things about you; it’s a fun, low-pressure place to be.
Matthew Rhys: And you don’t have far to fall from grace.
KR: Exactly. For me, the nomination was the win; it felt like we got invited to the adult table for that year. It’s amazing, and it means something in the business language of things, but it doesn’t really change the way our show is run, which is so guerrilla filmmaking. There’s no cushy trailers, no cushy schedule. It’s like, throw it up against the wall and see what sticks.
MR: It’s a sprint. It’s not prime time, it’s not glitzy.
KR: And I think that’s an asset.

Still, it must have felt good to be validated.
KR: First of all, the Golden Globes: That party alone is such a fun party to go to.
MR: It’s irreverent.…
KR: There’s booze! You’re not in auditorium seating, so you’re seated at these tables, and everyone is squished in. It’s the same hotel every year—the Beverly Hilton—and the ladies’ restroom is still, like, from the 1950s, like a ladies’ lounge, and you’re in there, and everyone is getting their makeup done, and the girls talk. Someone’s coming out and saying, “Can you help me zip up my dress?” It’s loose! And then, to be there and hear Meryl [Streep]’s speech. I mean, it was cool.

What did you make of Streep’s speech?
MR: Brave…no, not brave: She said exactly what needed to be said.
KR: It got real [in the room]. Because obviously what she said was not for everyone. It was silent; I mean, silent.
MR: It was like a bun-fight the whole night, and then [Streep] just, like, tink, tink, tink, tink.… I was trying to look at Jon Voight. [Laughs] “Oi, Voighty, you listening?”
KR: It was a sobering fucking moment.

Do you agree with Streep, that the press is in a dangerous place at the moment and needs support?
MR: It’s terrifying.
KR: But I think Saturday Night Live is doing a pretty good job. It’s like they’re the truth tellers now. It sort of feels like they’re doing the most important thing. By the way, the fact that [President Trump] tweeted about a sketch comedy show is…
MR: Telling.
KR: Incredible—as in not believable.

Did you ever think your show—about Russian spies trying to infiltrate the highest levels of U.S. government—would be so relevant?
KR: When we get the Russian comparisons, I don’t focus on it because I don’t think, in truth, that’s what our show truly is. It’s really a show about a relationship; it’s the marriage that’s the push and pull and the focus, and the drama is the relationship. The political stuff is the background, and it’s already been decided. Don’t you feel?
MR: One hundred percent.

“[Making the show] is a sprint. It’s not prime time, it’s not glitzy.” 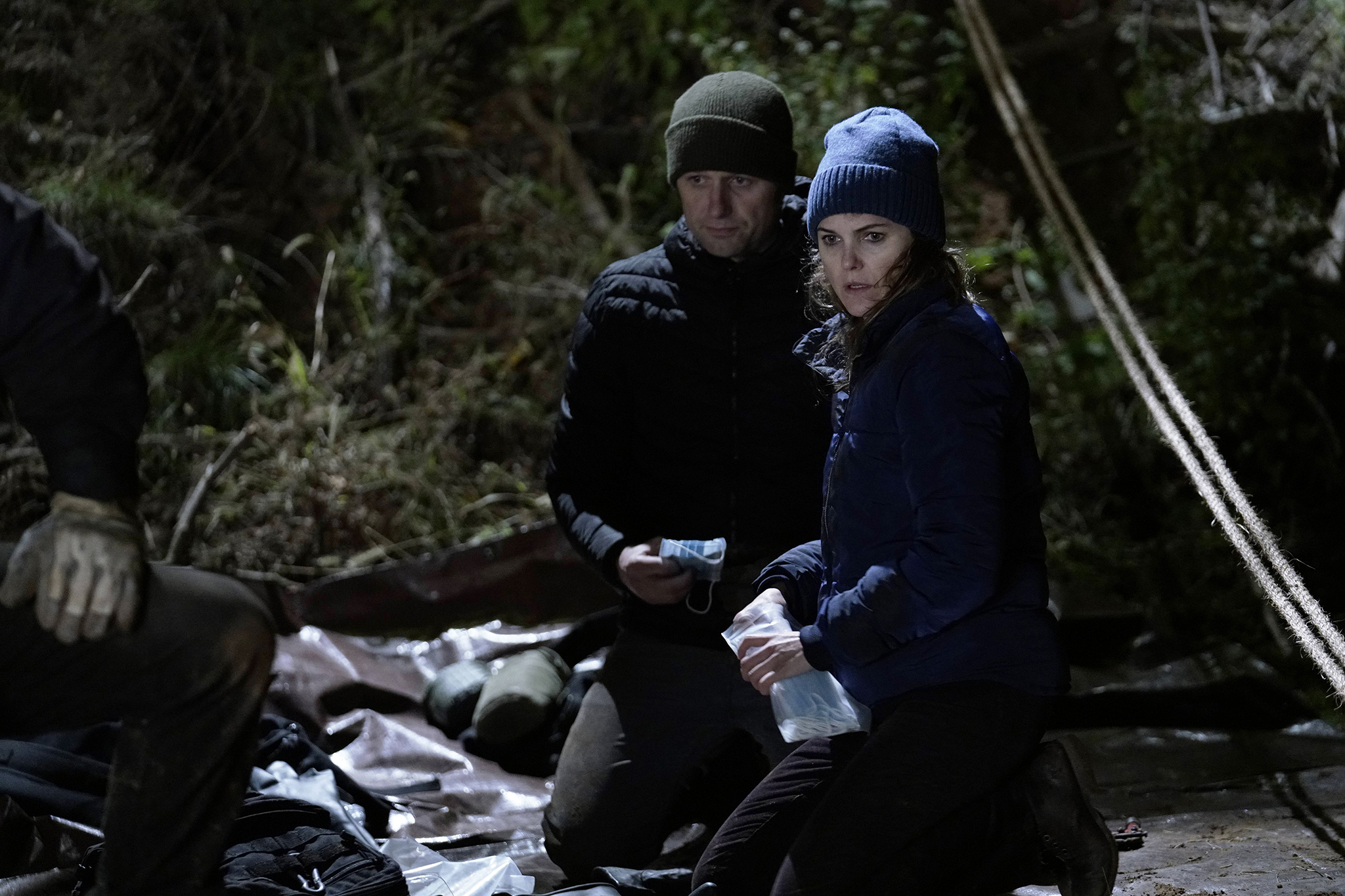 That marriage looks like it will be tested in season five. Especially because we saw Philip’s long-lost son from a previous relationship, Mischa, enter the picture at the end of the last season.
KR: The marriage is actually in sort of a strong place. It’s become unified and stays stronger because the bigger issues, like if a child gets sick, take precedence. Which is true of a relationship. It’s the young-adult lives where you see the real human cost of things [this season].
MR: Paige, our daughter [in the show], flourishes and blossoms a lot more, not necessarily in a good way but in a slightly difficult and tragic way.

Paige is such a fascinating character, drawn so strongly to Evangelicalism and now to the spy world. Were you drawn in by any movements growing up?
MR: If you call the Welsh Rugby Union a cult, and many have, then yes.
KR: [Laughs] And I don’t know if teenage sexuality is [a cult], but that’s what mine would have been.
MR: That’s any teenager.
KR: I was a little wild for a time. I was definitely more wild than you.
MR: I found my wild years. My twenties and thirties—early thirties.

That’s about when you first met, right, long before meeting again on The Americans?
KR: Like over 10 years ago. We were at—this is not a joke—a kickball party in Rustic Canyon in California.
MR: In fact, it was Jennifer Grey’s kickball party. I was drunk. The sun was setting, and we went home…
KR: We were straying into a parking lot. You had your friend with you…
MR: [Keri] had a bottle of beer that she couldn’t open, and I was trying to open her beer.
KR: The boys were trying to get me to stay in the parking lot…
MR:That sounds so bad!
KR: [Laughs] No, like to keep the conversation going! He opened the beer with his thumb, and he really hurt his thumb. We stayed, we laughed. And I had to leave to New York right after.
MR: And that was that. On our training day when we were on The Americans, I said,
“We actually met before.”
KR: And then I went…
MR:“Oh, you’re that fool who cut your thumb on that bottle of beer!”

I don’t know if you’re aware, but you’re kind of a Brooklyn It couple now. The number of friends I know who’ve said to me, “I saw Keri Russell on the street, and she looked so…”
KR: Tired! [Laughs]
MR: It was us! We were drinking wine again.

Do you like living in Brooklyn? Those friends of mine never bugged you for a selfie.
KR: I love it so much.
MR: There are a lot bigger fish than us around in Brooklyn.
KR: In Brooklyn, no one gives a fuck about us. It’s great. We ride our bikes everywhere; there are amazing restaurants. There’s more sky and cool places. We come to [Manhattan] to go to the dentist or something.
MR: Or, like, an exciting date night.

Where did you go for your last exciting date?
KR: Gramercy Tavern. We eat at the bar. We love a bar dinner; it’s so fun.

And when you’re feeling less fancy?
MR: I like the Sunken Hundred. It’s a new Welsh restaurant on Smith [Street]. I call it the embassy.

You’re currently doing 14-hour days to wrap up season five. What will you do to unwind when it’s done?
KR: We have to take the baby to Wales.
MR: So we can bless him on the hallowed turf of Millennium Stadium [where the Welsh rugby team plays].

And then comes season six—the final one.
KR: It will be 10 episodes. And Joel [Fields, executive producer] just told me something [Rhys] might like.
MR: Yes. I die very early. [Laughs]
KR: He said this thing, and I was like, “What?!?” And then there are things happening in episode 10 of this season that I can’t believe. They made no whiff of telling us it was happening.
MR: They [told us things] last year, and I think they got tired of us telling everyone. She’s good at keeping secrets—I’m not.

Do you ever suggest your own twists to the writers?
KR: I keep saying that surely Elizabeth is about to turn.

She seems very loyal to the motherland to me.
KR: Definitely. Well…we’ll see.

Season five of The Americans premieres Tue, March 7 at 10pm on FX.

Watch the season five promo of The Americans

Get to know The Americans’ hairy costars 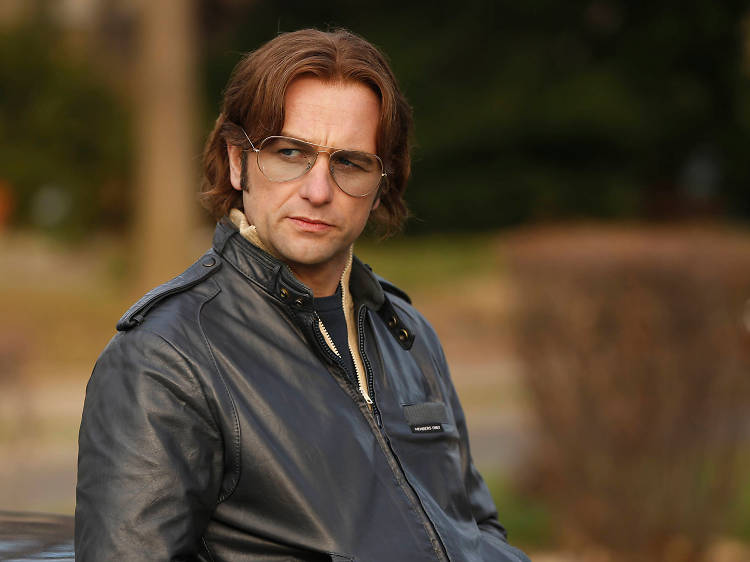 By the end of season five, the show will have logged 79 getups in a dossier called the “disguise” bible