On top of the usual art exhibited in Israeli galleries, the Farkash Gallery goes above and beyond with out-of-the-box additions. They bring a unique twist to the Jewish art scene with collections of rare original Israeli posters covering a range of topics like Tourism, Advertisements, Israeli movies and Military. Throughout the years, the gallery has exhibited its artwork in numerous international exhibitions and has also gained high recognition within Israel itself. They had the honor of hosting Prime Minister Ariel Sharon in 2004, in conjunction with a presentation of rare photographs taken of him during the Yom Kippur war. Their main focus is on vintage Israeli posters, 20th century Israeli and International fine art, 20th century modern and contemporary paintings and sculptures, Jewish and Israeli art including "Ecole de Paris," Judaica and Israeliana, Bezalel work, photographs and rare Jewish prints. 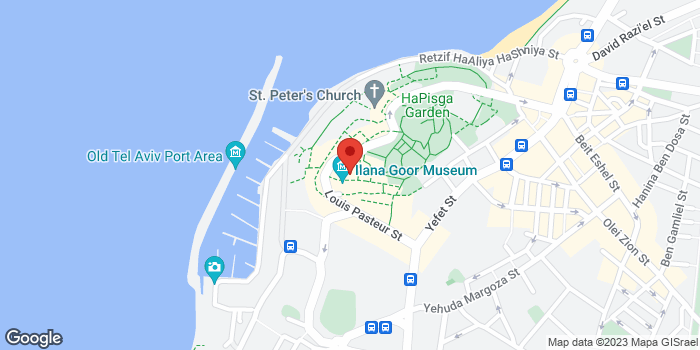