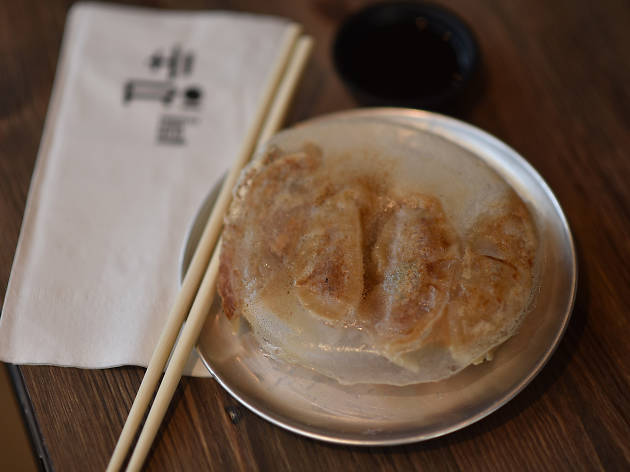 After long and much-awaited preparation time, a second Hiro Ramen branch has finally made its entrance on Levontin.

It was over a year and a half ago that Hiro Ramen opened in Sarona, and it was a risky venture even then. Ramen, a soup which overflows with noodles and a rich, intensely savory broth with a heaping of toppings was new in the city. How would it do in the summer? Would Israelis go out for soup? Who knew that the ramen trend was going to take Tel Aviv by storm? ​As with anything by Chef Aharoni, perfectionism is the key—and everything at the new Hiro Ramen branch is made with meticulous attention to detail and focus on flavor.The ramen is different than the one in Sarona: new ingredients have been introduced, like the duck ramen with a tamago pancake neatly rolled up into the soup. Pillowy bites of fried egg replace the slow, soy-marinated soft-boiled egg in this version alongside pickled turnips, chestnuts and tender pieces of slow cooked duck. Also on the menu is a multitude of buns, from pork to a vegan version, gyoza dumplings and a vegetarian eggplant salad that is equally piquant and meaty. Enjoy a night out with cocktails like the Miso Moz, Miso in a dark rum, roasted banana and spices, the Old Smoky Bastard with Mezcal, makrut lime, lemon and ginger beer or a selection of sakes to choose from.