It’s the smallest inhabited island in Portugal, but also an international bird sanctuary, with all the species you can imagine. How about picking up those binoculars?

The best things to do in Corvo 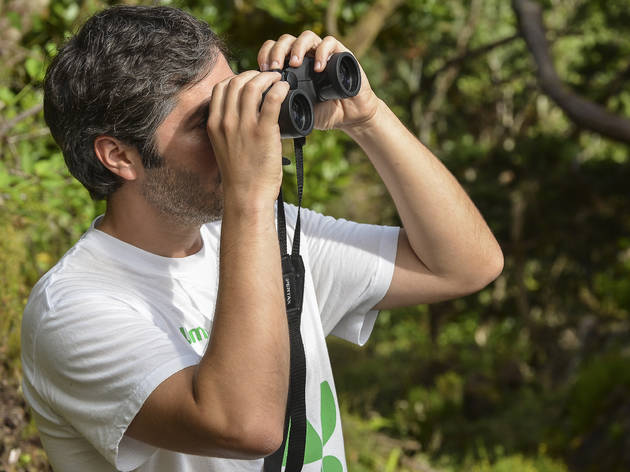 Head in the clouds

Do you want to go to Corvo in October? Good luck. It’s already sold out.

Why is such a tiny island lost in the middle of the Atlantic booked up in the low season? The answer is in the sky. Specifically in the birds which, at that time of year, migrate across the ocean and stop on the island to rest.

This makes Corvo an appealing destination for bird watching, and explains why the modest Comodoro Guest House - the island’s largest accommodation provider with 14 rooms - gets so full.

The island is of great ornithological interest, not just because of the birds that call it home, but also for those that visit it. Mallards, ducks, herons and common snipes regularly land on Caldeirão mountain. 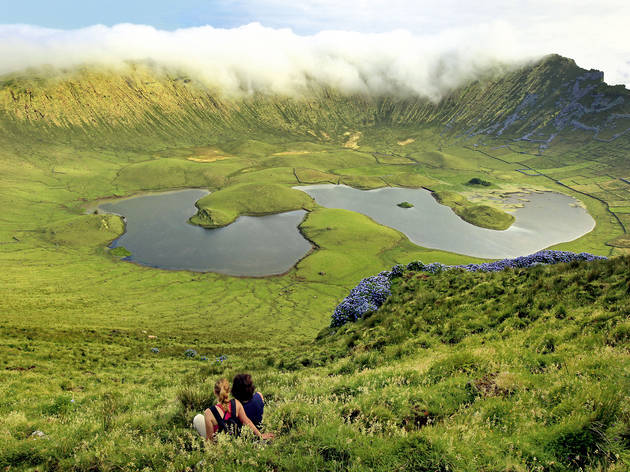 Feet on the ground

Even if you don’t like to walk around with your head in the clouds, observing the air traffic of winged creatures, you will find a lot of entertainment on the island that Portuguese writer Raul Brandão once described as “a convent erected in the middle of the sea”. Convent? We would rather call it a nature sanctuary or, as UNESCO calls it, a Biosphere Reserve. Corvo is a rock with the name of a bird (corvo means crow), which hides a secret that can only be seen from above. More specifically, from the Caldeirão viewpoint.

The crater of the volcano that gave birth to the island is one of the high points (pun intended) of sightseeing in Corvo. On a good day, you can see the surface of various lakes, raised bogs and islets (islands within a volcano, within an island) which, according to the locals, represent the Azores archipelago’s nine islands. In order to spot this geologico-geographical coincidence, you’re going to need a little imagination; but to enjoy the best this view has to offer, you will just need a bit of luck: go up to the crater at sunset on a clear day, and the number of your Instagram followers will change forever.

Tip: Caldeirão is a shy mountain: it likes to cover itself up in clouds and enjoys the company of the wind, which can blow at hundreds of kilometers per hour. Before going up, ask around to check if the weather allows it. 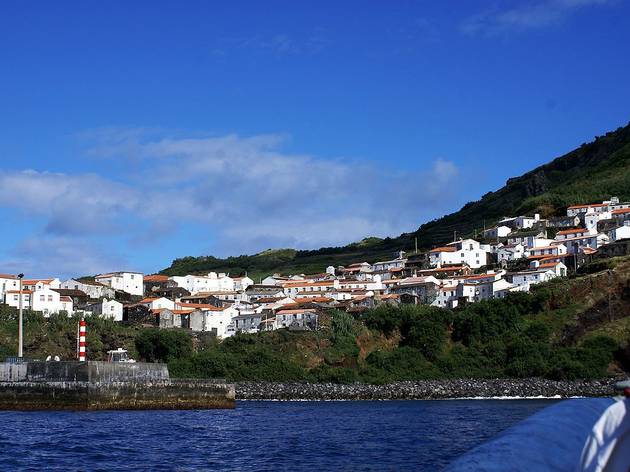 Give your legs a rest

If the weather is temperamental, you can take a stroll around the streets and avenues of Vila Nova do Corvo, check out the island’s typical and recently renovated windmills, take a look at the Ecomuseum or admire the Casa do Barco Baleeiro (house of the whaling boat).

In Corvo’s handicraft shop (Artesanato do Corvo), you will find two of the island’s most noble monuments, Inês and José, the artisans that make Corvo’s typical berets and wooden locks. Don’t miss the Pão de Açúcar viewpoint to appreciate the view of the town. Do you want some beach time? That too, can be arranged. Its name is Praia da Areia (Sand Beach) - and what a name. It is located next to the aerodrome, in the southern part of the island.

More things to do in the Azores 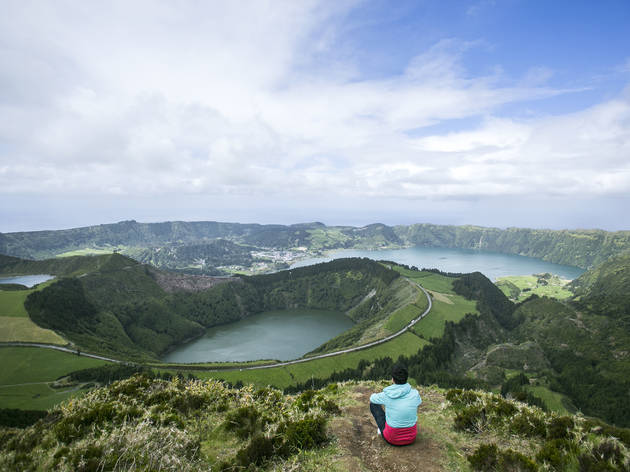 If the Azores were an album, São Miguel would be the hit single, the song everyone keeps humming. It is the most famous, largest and most accessible of the nine islands, the one on everybody’s lips - but its dimensions and offering may seem overwhelming. Don’t worry, we’ve done the hard work for you: here are the 10 best things to do in São Miguel. 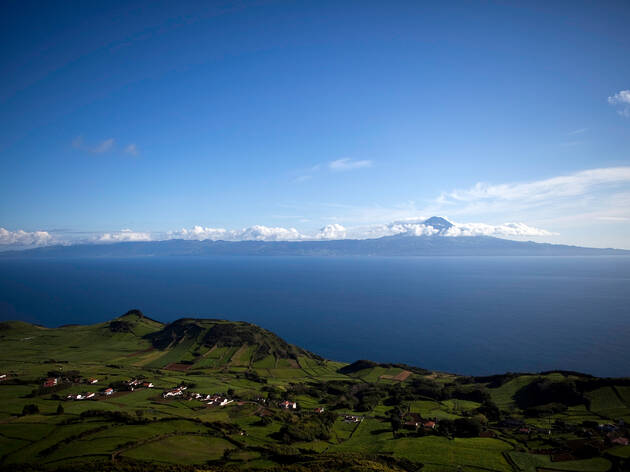 It’s the island of trails and extreme sports, of tinned tuna and island cheese (the real queijo da Ilha). But it’s also, and perhaps more importantly, a paradise of fajãs, these stretches of land formed by lava on the coasts of the Azores Islands. You don’t have a fear of height, we hope? 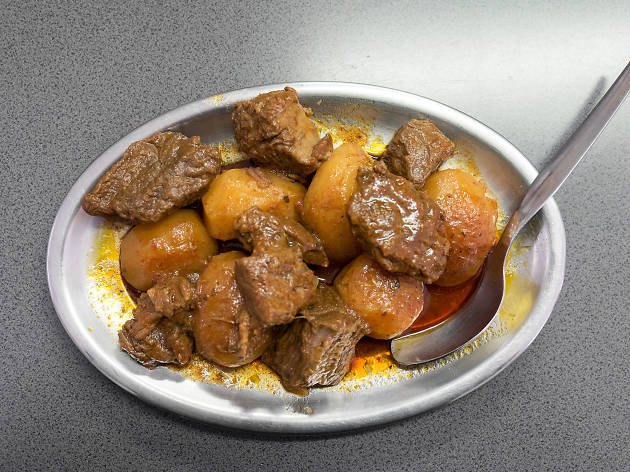 Let yourself get carried away by the views and the tracks, but when you are hungry, do not be fooled. Trust us and try some of these, we promise they are the absolute best restaurants in the Azores. 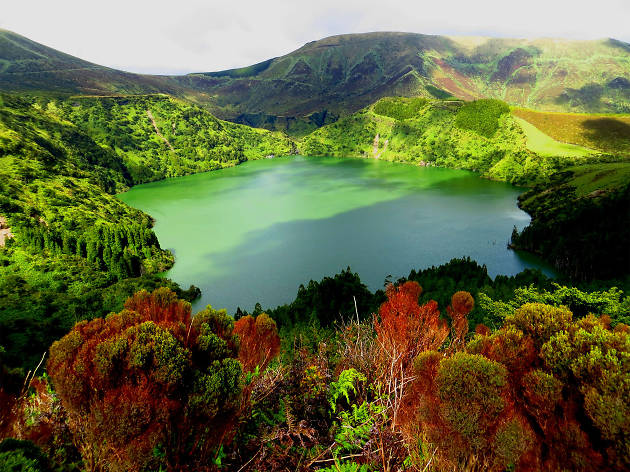 Exactly how many islands in the world present so much beauty and diversity in such a small piece of land? In the Azores - even in the Azores - there are no other. Forget photo filters: you won’t need them there. 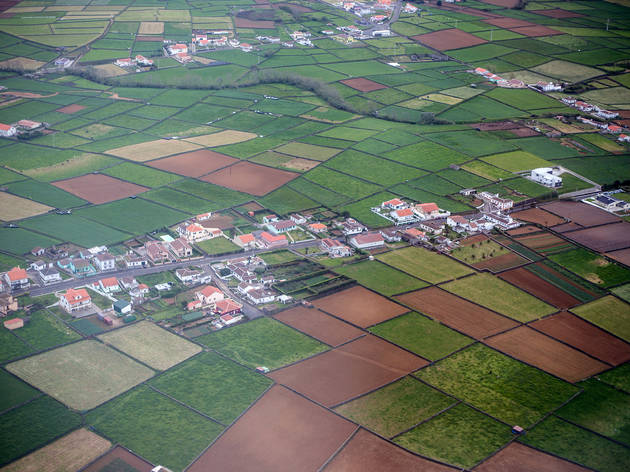 It’s the second most populated island in the Azores, but it is number one in terms of nightlife. Terceira is a mandatory pitstop for whoever goes to the Atlantic in search of surprising landscapes - or of a place to organise the invasion of Iraq. Whatever your intentions, we’ve got you covered. 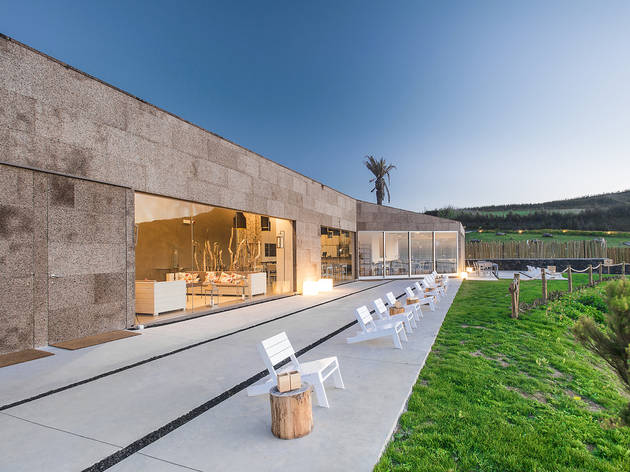 There are nine islands and we have 21 suggestions. Sleeping in one of these hotels is in itself an Azores experience not to be missed. Have you already decided where you’re going to sleep after all this walking and swimming?