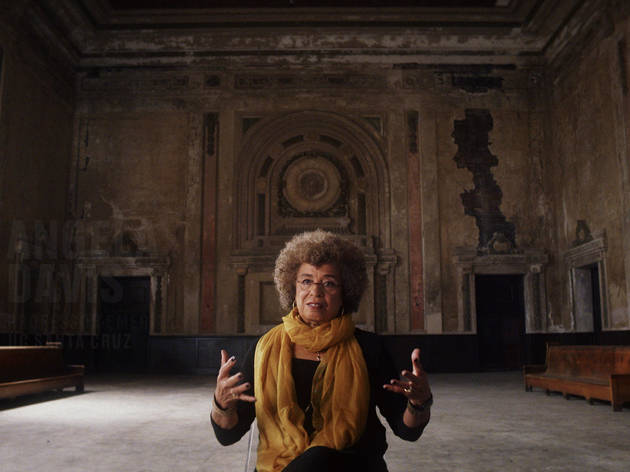 It’s hardly a ringing endorsement to say you need to see any movie more than once to absorb it fully. But 'Selma' director Ava DuVernay’s dense, pulsating, overwhelming documentary on racial inequality in the US is so full of facts, voices, passion and wisdom that it’s almost impossible to keep up. But what comes across loud and clear is that this is a serious, timely, important film whose highways and byways of thought are worth travelling for anyone who cares to understand why, as DuVernay argues, slavery didn’t end with slavery.

The film's title refers to the thirteenth amendment to the constitution which abolished slavery but exempted criminals from freedom – and DuVernay's chief argument is that the prison system, packed as it is with black men, is the ultimate expression of slavery’s shape-shifting legacy. The mission that DuVernay has set herself is enormous, perhaps too enormous: to dissect exactly why the criminal justice system remains so skewed against people of colour, taking both the long and short view (and climaxing with a distressing montage of recent police killings). Along the way, she analyses the decisions of governments from Nixon onwards that have led to the criminalisation of black men, and unpacks the corporate forces that have created a ‘prison industrial complex’ hungry for customers.

You'll be forgiven for blinking and missing a key fact or thought as DuVernay's energetic, forward-moving, purposeful film ploughs on, narrated by its interviewees. Visually it's a serviceable but slick patchwork of talking-heads and archive. DuVernay’s interviewees are too numerous to count, let alone list, but they’re academics, activists, politicians, historians. Among them Newt Gingrich admits that treating crack as worse than cocaine in the 1980s was an act of inequality, and Angela Davis recalls that Nixon and Reagan’s war on drugs was 'a war on communities of colour’.

When turning to today, DuVernay deserves praise for rising above the fray to respect history over politics. Donald Trump gets a kicking for stoking racial divisions and his wild intervention in 1989 in the Central Park Five case. But DuVernay also recalls Hillary Clinton’s 1996 talk of ‘super-predators’ and her association with her husband’s 1994 crime bill. Elsewhere, the film’s conclusions are equally stark, troubling and complicated. ‘13TH’ asks that we see the foundations of inequality as deep, but also that we see how a different route is possible – how injustice is fuelled and sustained by decision-making, not destiny. It's both a powerful work of history and a lucid argument for change.