My Account My Profile Sign out
My Account
Search
Worldwide Europe United Kingdom England London Everything you need to know about 'Rogue One: A Star Wars Story'
Advertising

On December 16, the first live-action ‘Star Wars’ spin-off in over 30 years will hit cinemas. Will ‘Rogue One’ be a thrilling new expansion of the beloved universe, or our generation’s answer to ‘Ewoks: The Battle for Endor’? Here’s everything we know so far…

Is ‘Rogue One’ a prequel to the original ‘Star Wars’?
Yes, but don’t panic – it’s not going to be all about tax returns and midichlorians like ‘The Phantom Menace’. The plot of 1976’s ‘Star Wars’ (call it ‘A New Hope’ if you must) was kicked off by the off-screen theft of the blueprints to the evil Empire’s newest weapon, the Death Star, by daring rebels. ‘Rogue One’ shows us the who, how, when and where.

So it’s ‘Ocean’s 11’ with spaceships?
Essentially, but judging from the trailers there’s a heavy war-movie vibe as well. We already know that at least one of our heroes isn’t going to survive thanks to an awkward on-stage slip-up at the Star Wars Celebration event this summer, and it seems likely that’ll go for a few members of this reckless rebel band.

Who’s in it? Anyone I’ve heard of?
There are no megastars, but the cast is fantastic. Felicity Jones plays Jyn Erso, the youthful tearaway who leads the squad, with Diego Luna as her ice-cool co-captain Cassian Andor. The team is rounded out by Riz Ahmed as pilot Bodhi Rook, the mighty Forest Whitaker as battle-scarred legend Saw Gerrera (a character familiar to viewers of the ‘Clone Wars’ cartoon series). Donnie Yen plays blind ninja-style zen master Chirrut Imwe, Jiang Wen is assassin Baze Malbus, Alan Tudyk from ‘Firefly’ in a motion-capture suit is hulking droid K-2SO and there are at least two CG aliens. A pair of old Rebel hands also pop up, last seen in ‘Revenge of the Sith’: Jimmy Smits as Bail Organa (Leia’s adoptive dad) opposite Genevieve O’Reilly as the leader of the Alliance, Mon Mothma. Oh, and we’ll also meet Jyn’s Dad, Galen (Mads Mikkelsen), more of whom later…

Forget the goodies, the bad guys are always more fun. Who’s playing them?
Ben Mendelsohn leads the villainous charge as Orson Krennic, an Imperial operative whose career depends on the successful delivery of the Death Star. But the big news is that Darth Vader will indeed return, in his wheezy-throated, black-masked, chump-strangling prime, and will be voiced by the one and only James Earl Jones. We should also catch a CG-created glimpse of the Grand Moff Tarkin, Peter Cushing’s sneering middle-management fascist from the first movie. Oh, and there’s a creepy-looking black Artoo-type droid called C2-B5 that we like the look of.

Who’s involved behind the scenes?
The director is Gareth Edwards, whose early films ‘Monsters’ and ‘Godzilla’ displayed a knack for blending intense action and convincing character moments – and judging by the new trailer, he's managed to create one of the most visually stunning Star Wars films so far. Even more intriguingly, the script was penned by ‘Bourne’ franchise veteran Tony Gilroy. If this all sounds like a recipe for rather un-‘Star Wars’-y darkness, that’s reportedly what Disney thought, too. ‘About a Boy’ screenwriter Chris Weitz was brought in to pen some late-in-the-day reshoots, allegedly intended to cheer the film up a bit.

Which planets do we visit?
At least two new ones. Jedha is a dusty desert moon that contains one of the most ancient Jedi temples, and is rumoured to be the source of the Kyber crystals the Jedi use to make lightsabers. Scarif is its polar opposite, a paradise planet of beaches and oceans (not that it’ll be paradise for long once the stormtroopers start shooting up the place). We know from the new trailer that there’s set to be some X-wing dogfight action around some kind of starbase, and presumably there’ll be lots of running up and down the Death Star corridors as well.

Okay, so that’s the basic stuff out of the way. Now spoiler me.
Deep spoilers have been mercifully rare, but here are a few things we do know. Galen Erso is a weapons scientist working with the Empire, but leaking info to the Rebels. That’s why his daughter is chosen to lead the incursion. And the family has a history with bad guy Krennick – he saved them from some unspecified disaster when Jyn was young, and has been exploiting Galen’s expertise ever since. It’s been heavily suggested that, since Alden Ehrenreich was cast to play Han Solo in the next Star Wars spinoff about the smuggler’s youthful exploits, he might pop up at some point. Another pretty believable rumour suggests that ‘Rogue One’ will end a mere ten minutes before the start of ‘Star Wars’ so that’d mean potential cameos from Leia, C-3PO and R2-D2.

That’s a good start, now hit me with the really wild rumours.
Here, you’re in luck. The majority of scuttlebutt centres around possible links between ‘Rogue One’ and ‘The Force Awakens’ – could it fill in a few of that film’s glaring blanks? Perhaps the most convincing theory suggests that Galen Erso could be none other than Lor San Tekka, Max Von Sydow’s character from ‘The Force Awakens’. Both actors are Scandinavian, and a name change would make sense if he’s the source of the leaks in ‘Rogue One’. Oh, and the map to Luke was supposedly found in the Death Star archives, which ties them together even further. Spinning off from this is the idea that Jyn Erso could be the missing mother of ‘Force Awakens’ heroine Rey – and that her granddad stuck around on Jakku to keep an eye on her.

Ooh, that’s juicy. Got any more?
Some believe that we’ll learn more about enigmatic ‘Force Awakens’ villain Snoke in ‘Rogue One’: could he be the inhabitant of that big tank that Krennick is glimpsed kneeling before in the first trailer? It’s been totally denied by Lucasfilm bigwig Pablo Hidalgo, but he would, wouldn’t he? Other far-out theories include the possibility that Jyn Erso could turn to the dark side, strap on a massive shiny stormtrooper suit, grow a foot taller and become ‘Force Awakens’ side-villain Captain Phasma, and/or that her team could later become the mysterious Knights of Ren. This all sounds pretty nonsensical on the surface, but the more you read into it, the more convincing it becomes.

Okay, I’m sold. Bring on December 16!
We’ll see you at the front of the ticket queue. In the meantime, let's all watch the amazing new trailer for the 10,000th time... 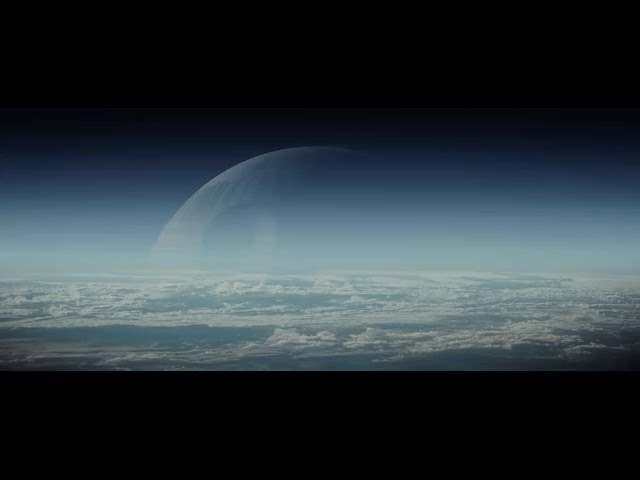 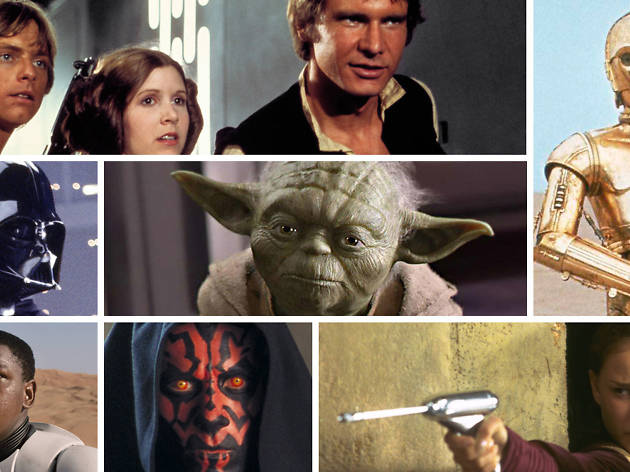 From the first movie right up to 'The Force Awakens', these are our favourite inhabitants of a galaxy far, far away