Interviews with Felicity Jones usually begin with a description of her as ‘the next Carey Mulligan’. Having met the two I can see why. They’re both girl-next-door pretty, head-screwed-on smart, friendly but wary of fame (biting their lips to stop giving too much away). And they’re friends, as it happens – meeting on the telly adaptation of ‘Northanger Abbey’ in 2007.

Jones – who seems a fraction shyer than Mulligan – is bored of the comparison. ‘We’re so different,’ she sighs. ‘It’s weird. People don’t say that about Andrew Garfield or Eddie Redmayne. They don’t lump the boys together. I think it’s lazy. Just because we’re both female and British doesn’t make us the same.’

The reason Jones isn’t a major star yet has a lot to do with how she’s turned down attention-seeking Hollywood roles. She said no to last year’s Snow White movie, ‘Mirror Mirror: The Untold Adventures of Snow White’, and acted in a play in London instead. Why? For her art? ‘No! That makes me sound so noble,’ she laughs. ‘It was a scheduling clash. We’d been talking about the play for a year.’

Still, she hasn’t gone out of her way to make herself famous. ‘No,’ she shrugs, embarrassed. ‘I just try to be instinctive, pick interesting roles.’

She’s much happier analysing her characters. Raised by her mum near Birmingham, she’s worked solidly since she was a child – first in the kids’ show ‘The Worst Witch’ and later in Radio 4’s ‘The Archers’. She chose to study English at Oxford over drama school (‘It didn’t feel right to go straight into acting’).

In her new film, ‘Breathe In’ (one of the low-budget indies that must drive her agent nuts), she plays Sophie, an 18-year-old on an exchange trip to the US. Staying with a family near New York, she’s hot for sensitive dad Keith (Guy Pearce). ‘Sophie is lost and emotionally out of control,’ says Jones, fixing me with her green-tea eyes. ‘She’s giving off signals that she isn’t aware of. I think she’s subconsciously creating chaos because she is coming from a dark place.’

She holds my gaze with an intensity that must be a director’s dream. I ask if she prefers emotionally messy characters, and she giggles. ‘Too much! Emotional messiness is my reason for life. In acting it’s so important.’

‘Breathe In’ is her second film (after 2011’s ‘Like Crazy’) with the director Drake Doremus, who has his actors improvise the dialogue. Jones says she does her best work with him. ‘I never come away feeling like: Oh I don’t know how that went.’

Expect her under-the-radar profile to skyrocket sometime soon. She’s just got back home to her flat in Hackney, which she shares with her artist boyfriend – ‘London is home. My family are here, and my friends’ – from shooting ‘The Amazing Spider-Man 2’ in New York. ‘I play the goblin’s accomplice,’ Jones grins. ‘I wear a lot of black.’

She finally decided to take a bite out of Hollywood after meeting the film’s director Marc Webb. ‘I love the Spider-Man story. I watched the cartoon on TV when I was a kid and my brother wore his Spider-Man pyjamas everywhere.’

Last year fans posted a video on YouTube campaigning to get her cast in the film of ‘Fifty Shades of Grey’. She blushes when I ask if she’s auditioned, dodging the question: ‘It would depend on the script.’ Has she read the book? ‘Yes! It was fun. I’m fascinated by how popular it is.’

Jones is 29. That’s what I thought, but I had to check. She looks 20, max. ‘I don’t feel it, love,’ she jokes in her best cockney washerwoman voice. She often plays younger on screen.

Does she find it difficult? ‘No, sometimes at 17 you feel more sure of things. I remember being so absolute about things.’ How much has she changed in her twenties? ‘So much. I feel happier now. Not that I was horrifically unhappy. I just took everything so seriously in my early twenties. But now I’m like: life can be fun. You don’t have to overthink everything. I’ve found a way to be more at peace with things. I’m looking forward to turning 30.’ 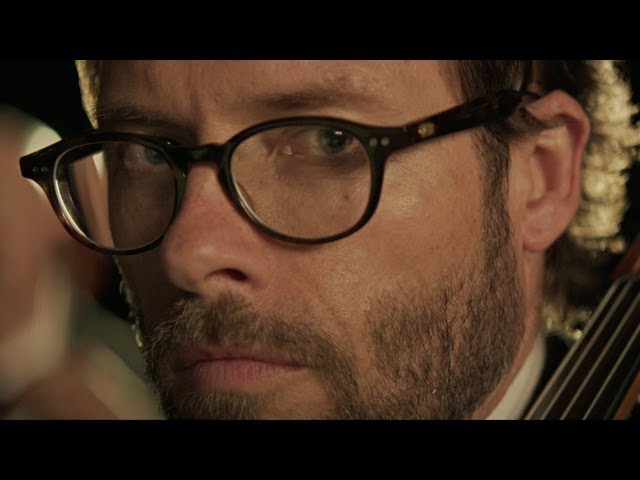 Read our 'Breathe In' review 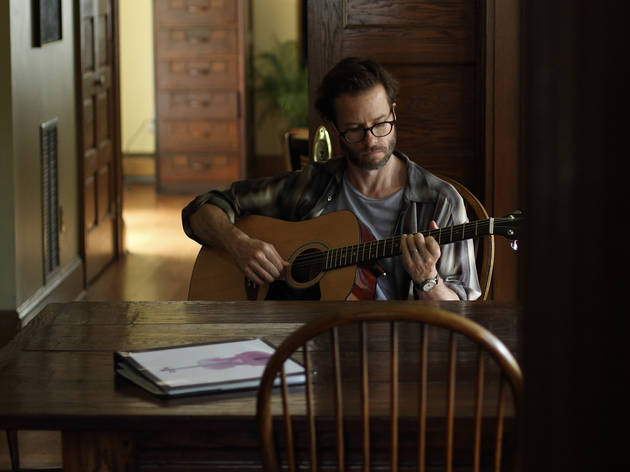 Jones is Sophie, a British exchange student living with a family in the US. Pearce (unusually soft and breakable) plays Keith, the dad. She’s a talented pianist. He’s an indie guitarist who’s working nine-to-five as a teacher and seriously frustrated that life has got in the way of his dreams of stardom.