When Time Out arrived at London’s Soho Hotel to interview Hackney’s favourite son, 41-year-old actor Idris Elba, we had no idea that just 24 hours later, global events would overtake us. Elba was there to talk about his leading role in ‘Mandela: Long Walk to Freedom’, a new biopic of the now deceased South African freedom fighter, president and inspiration to millions globally. Taking on such an iconic figure was a huge responsibility for an actor whose reputation rests on TV parts and the occasional supporting turn in blockbusters like ‘Thor’ and ‘Pacific Rim’.

But it’s a challenge that Elba is more than up to: his Mandela is powerful and proud, and is set to send the actor’s career into the stratosphere. Elba, it seems, knows exactly what he’s letting himself in for, prowling restlessly around the room, gesturing enthusiastically and emitting sudden barks of dry laughter. This is a man determined to seize his moment in the spotlight – even if it wears him out.

What did you say when they first offered you the part of Mandela?
‘It was definitely no thanks. It didn’t feel like the right time. I’ve got a career to defend, and I want to be around for a while. If I fucked Mandela up, that’d be the end of me. But talking to the director Justin Chadwick I realised that, one: it’s a massive honour, and two: it’s an opportunity to do something different from the average biopic. This is almost an origin story, taking you right back to where he began.’

Mandela’s name was everywhere in 1980s Britain. Did you notice that?
‘It’s true. We had a huge fucking crush on Mandela in this country. And my dad talked about him quite a bit.’

Do you think the script does a good job of capturing his spirit?
‘I think the script does what scripts do, which is to map out a filmic journey, a love story between Winnie and Nelson. We chose to pay attention to who they were as people, then use that to reflect on what was going on in South Africa. This isn’t a political film.’

Which aspect of Mandela was it most vital for you to capture? His voice? His presence?
‘The voice. If you’re watching a film about Mandela and the voice is wrong, no matter what the guy looks like, you’re going to be turned off. But if it sounds like him you start to forgive how much I don’t look like him!’

You spent the night in a cell on Robben Island. How did that feel?
‘It was no fun. They locked me in at about 7.15pm, picked me up at 7.30 the next morning. The security guard left me a cellphone. I opened it – no fucking signal. And it sounds obvious to say, but there’s no getting out. The guy locks the first gate, asks: “You’re sure you want me to leave? All right.” Walks about 20 yards, locks a second gate. Another 40 yards, locks a third gate. And I’m thinking: Fucking hell! Freedom only becomes sacred when you lose it.’

Do you believe Robben Island has soaked up the pain and frustration that’s been felt there over the years?
‘The place is haunted. I was hearing bangs and squeaks of gates all night. The spirit of people who were tortured and beaten and punished. The guards would live on the island, so they’d come in at four in the morning, find a guy and rape him, beat him. It was lawless. And the spirit of that is all over the place. But it made me more determined to make a better film.’

How was the mood at the South African premiere when you went over there a few weeks ago?
‘It was quite daunting. Big heads of state came out. Mandela’s wife, his daughter Zinzi, Winnie Mandela, many other comrades from the ANC. And they all had expectations of what the film should be. I was overly aware that I’m not South African. If they don’t like this film I’ll never be able to walk into this country again! But at the end I really got the sense they’d been moved.’

Did you speak to Winnie before making the film?
‘I did. She said to me, “Just make this film. You’ve done your homework. Make it real.” And she also said, “I see him in you.” She’s known Mandela since he was 41. I’m 41. At that point it’s more than an acting job.’

You seem to work ridiculously hard. How do you keep the pace up?
‘I suppose I am a workaholic. This year’s been weird. I’ve had massive emotional ups and downs. Massive. And the one thing that keeps me going is my work. It’s knackering, but it’s my outlet. I’m doing a DJ gig tonight. Why? Because I don’t want to go to bed after speaking to 800 journalists. I want to play tunes and make people go “Yeeeeah!”’

You said recently that when it comes to drugs you’ve ‘tried it all’. Do you really mean all?
‘No, I don’t mean all. But I live within club culture, so I’ve done everything that goes with that. I’m obviously not an addict. But I have experimented!’

Do you get recognised more in the US or the UK?
‘I used to come to London, sit in the pub chilling, and not get recognised. But that’s changed. Today I went to the chippy, got a bag of chips and people are like: “It’s that guy!” But people are more aggressive in America. In England they’re like, “Ooh, ’ello!”’

Do you enjoy the recognition?
‘Things like Twitter map you. I don’t want people to know where I am at all times. I don’t want someone going “I just saw him outside the Ship scratching his arse. Here’s a picture to prove it!”’

Where’s home for you now? London or America?
‘I’ve got my caravan parked in north London.’

You’re seriously living in a caravan?
‘Yeah. ’Cos I’m on the run!’

‘Mandela: Long Walk to Freedom’ is in cinemas now. 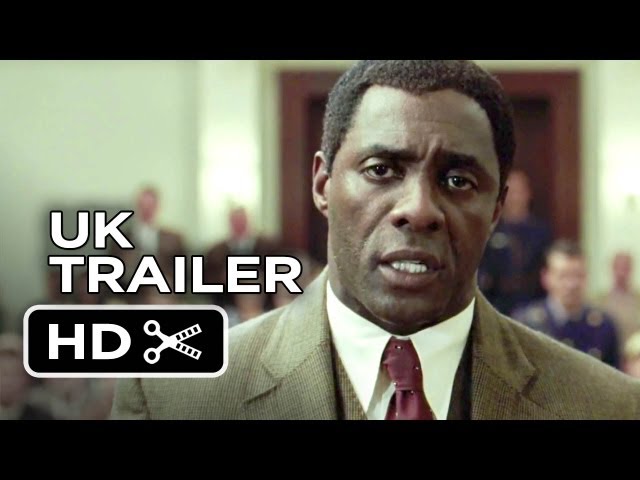 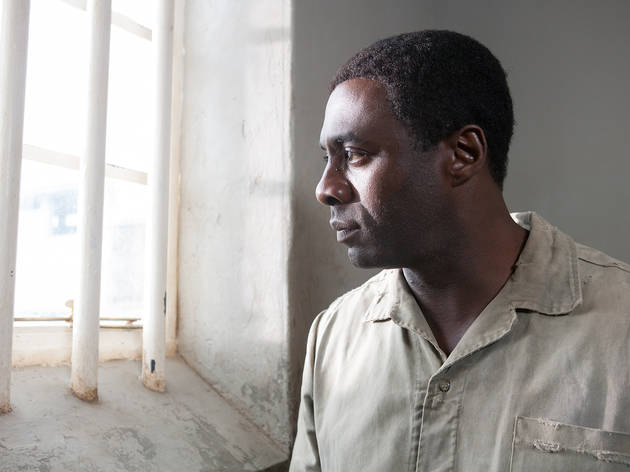 There have been films about periods in Nelson Mandela’s life before (‘Invictus’, ‘Goodbye Bafana’), but this is the first to attempt the full story, the roots of which precede Mandela’s notorious 27-year imprisonment by decades. It’s an admirable aim – but there’s much missing from this overview of Mandela’s life, which travels in an unilluminating straight line from his circumcision at 16 to his election as president of South Africa age 75.