My Account My Profile Sign out
My Account
Search
Worldwide Europe United Kingdom England London Martin Scorsese: 'De Niro is the only one left alive who knows who I am'

When we finally meet the following afternoon Scorsese is in a grump. Someone has walked off with his papers. He waggles his caterpillar eyebrows and gives me a meh shrug. ‘I’m so tired. I’m not complaining. It’s just disorientating.’

His new film ‘Silence’ is an adaptation of a novel that Scorsese has been burning to direct since he first read it in 1989 . It’s the story of two Portuguese priests (played by Andrew Garfield and Adam Driver) travelling to almost certain death in Japan in 1649. As a kid in New York’s Little Italy, Scorsese wanted to be a priest. Asthma kept him indoors, either watching the tough kids out of the window of his apartment, or at the movies with his parents.

A woman’s Noo Yoik accent – just like Scorsese’s – shouts out: ‘You want coffee?’ ‘Huh?’ ‘Espresso? You want an espresso, Marty?’ ‘I’ve had seven cups of coffee and I’m still not there.’ Another waggle of those caterpillars and he breaks into an ear-to-ear grin. ‘We’re doing this.’

What did you talk about with Pope Francis? I hear he’s a film buff.
‘We talked about this film. I told him that Andrew Garfield took it so seriously that he went through the spiritual exercises [that Jesuit priests do] for 30 days. I said to His Holy Father: “At the end, they said the next thing is for him to be ordained. Instead he got me!”’

Are you a fan of the new Pope?
‘I think the morality is there. And he admits it when he doesn’t have an answer.’

You were an altar boy. What would you have said if someone told you that you’d meet the Pope?
‘Oh no. That’s another planet, another lifetime. There was no possibility.’

As a kid, how seriously did you think about becoming a priest?
‘I didn’t think there was any alternative. I had asthma, I couldn’t be street tough. But you needed to survive with the tough kids, and you needed to be respected. And some of those kids became lawyers. Some got involved in difficult things, really bad things. A couple got killed.’

Tell me about Father Principe.
‘He was our mentor on the streets. He was a young Italian American, about 23 or 24, and he had a whole different take on who we were, who we could be: You don’t have to live in the mentality of the medieval village. He said: “This is America. Take advantage of it.” I wanted to be like him. He changed us. He forced a lot of kids to play sports. I couldn’t play sports. He would get upset with me because I saw too many movies.’

But you dropped out of prep school for priests?
‘I only lasted a year. I realised I didn’t have a vocation. With a vocation, you have to have such commitment.’

Your vocation was the movies instead?
‘I think it has been, looking back. I’m 74 now. I think you’re right.’

You showed ‘Silence’ to priests at the Vatican yesterday. Were they a tough audience? ‘Tough? Yes, but in a good way. They asked a lot of questions.’

You read Shūsaku Endō’s book ‘Silence’ nearly 30 years ago. What took you so long to make the film?

'At the time, I didn’t really understand what I read. I tried to write the script, but I couldn’t do it. I think it took years of living. Being married again. I don’t know... You’re broke, you’re not broke. You’re popular, you’re not popular. You just do your work and what you can. Struggling every day.’

What’s the thread runs from boxer Jake La Motta in ‘Raging Bull’ to the priest Father Rodrigues in ‘Silence’?
‘The themes go right back to ‘Mean Streets’, to ‘Raging Bull’. It’s really the same thing. [Jake La Motta] was a man who couldn’t live with himself, and expressed himself only through violence. Not only his opponent in the ring, but against everybody around him – in the kitchen, in the bedroom, in the street, everywhere. Ultimately, by the end, he understands, I think – I think – that if he’s looking for forgiveness or redemption, he first has to live with himself, accept himself, and then maybe forgive himself.’

And that’s the same with Father Rodrigues? And you?
'Yes. I’m drawn to that story because I think it’s the same thing I go through myself. It’s a matter of making peace with yourself. Not being at war with yourself all the time. You’re always going to be self-critical, complaining then over-egotistical about some things.’

Have you got there?
‘I don’t think I have much choice! If that’s who you are, what you going to do?’

You once said: ‘I’ve tried, in my work, to find out how to live life.’ What have you discovered?
‘That’s a good question. That somehow with discipline and patience it makes it a little more tolerable.’

Your next film is a mob drama ‘The Irishman’ with Robert De Niro. Have you been hankering to get back to the streets?
‘I don’t know if I’m hankering for the streets. What we’re hankering to do – De Niro and I – is work together. And after 25 years of trying to find projects, he came up with this book five years ago. He understood that I had to do “Silence” first.'

You’ve said that De Niro is the only the person who understands your childhood. Has it been emotional?
‘He is the only one left alive who knows who I am. It will be emotional. I’m not saying it will be a recreation of the kind of films we made up until “Casino”. It’s going to be something else. But we wanted to be together again.’

'Silence' is in UK cinemas from New Year's Day. 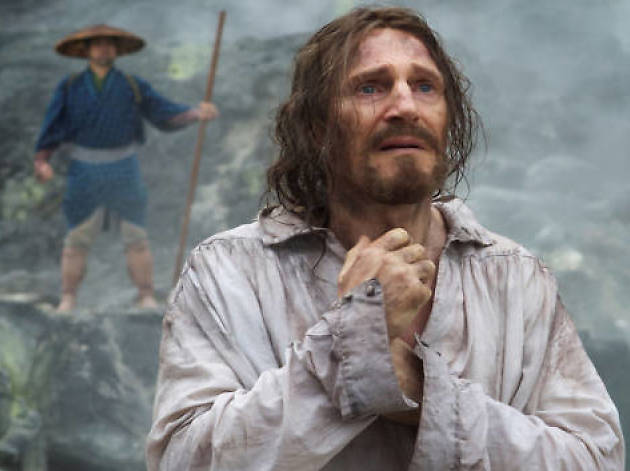