For Ari Aster, horror starts in the gut: ‘I always have these existential questions buzzing around my stomach,’ the 32-year-old tells me. ‘It takes work to cover the white noise of dread. I’m just a neurotic guy. I’m given to hypochondria, especially when I’m not busy. It also comes from seeing a lot of people in my family coping with disease – and bad things.’

Aster is not being vague out of coyness. He likes to chat, particularly in praise of other directors – his taste runs heavy on psychologically unsparing dramas by Mike Leigh and Nicolas Roeg. But ‘bad things’ is as far as he’ll go to describe the private loss behind ‘Hereditary’ and his latest, ‘Midsommar’, a ‘Wicker Man’-ish tale about a Swedish getaway gone wrong. Both start in a place of grief, a black box out of which flies creepier stuff. ‘Those films were ways for me to write through – and out of – a crisis,’ says Aster. ‘It’s a relief to torture imaginary characters with material that I’m usually brandishing against myself.’

Aster undoubtedly feels like part of a blood-red new wave, one that also includes Jordan Peele (‘Get Out’, ‘Us’) and Jennifer Kent (‘The Babadook’). They’re all horror buffs who build on personal fears. Modestly, Aster is quick to deflect. ‘It’s been happening for ever,’ he says. ‘“Psycho” is someone working through his mother issues. “Night of the Living Dead” is a deeply political movie. Even “The Tenant” is Roman Polanski working through his experience as an outsider.’

Born in New York and a product of LA’s AFI Conservatory (the same film school that David Lynch and Darren Aronofsky went to), Aster represents the horror genre at its most modern: his heroines aren’t babysitters or babes in the woods, they’re complex women in traps. ‘Hereditary’ earned Toni Collette rave reviews. ‘Midsommar’ looks primed to do the same for Florence Pugh. ‘My philosophy about writing women is that I try to put as much of myself into them as possible,’ Aster says. ‘If I do that, they’ll feel real – especially in “Midsommar”. There’s a lot of me in Dani.’

Dani, Pugh’s beaten-down student, heads to Europe with a vale of tears surrounding her. Aster admits that her fragility came out of a break-up of his own. ‘That’s a pretty arid landscape to navigate,’ he explains. ‘You’re going through the ruins of a broken relationship with no closure. There’s something liberating about pushing [this] story toward a definite conclusion.’

Somehow, these raw elements – grief, female-centered realism and lurid violence (‘It’s not to meet my quota of gross images,’ he laughs) – have translated into critical and box-office success. ‘If I could tell myself five years ago about what’s happening now, I’d be amazed,’ says Aster. ‘I haven’t processed it.’

He’ll take his time. Maybe open his laptop. Aster says he has ten screenplays good to go. These projects will take him away from horror, but he promises he’ll be back. Perhaps by then, Aster will have a genre of his own. ‘Hopefully, I’ll be good at other things too,’ he says. 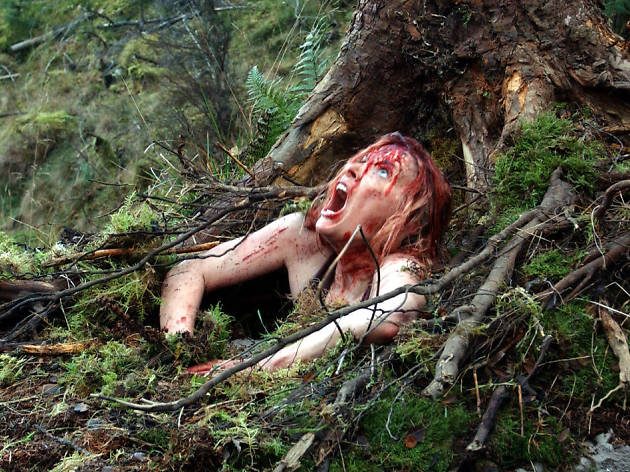 Get a fright with our list of the best horror movies like ‘The Exorcist’ and ‘Get Out’, as chosen by Time Out writers and horror experts